Historic town on the south-western tip of Australia

Augusta is a small, attractive town surrounded by such major attractions as Cape Leeuwin "where two oceans meet" and its impressive lighthouse; the beautiful white sands of Hamelin Bay; and the intimate, but fascinating, Jewel Cave. Today Augusta is a modern town dependent on professional fishing, timber and the local tourist industry.

Augusta is located 311 km south of Perth, the last town before Cape Leeuwin where the Southern and Indian Oceans meet.

Although Augusta is a common town and city name and usually derives from the Roman Emperor Augustus, in the case of Augusta it was named by Captain James Stirling after Princess Augusta Sophia, the daughter of King George III.

Augusta Historical Museum
The Augusta Historical Museum is known as a "small museum" with exhibitions that feature aspects of local history including a room with historic woodworking tools and an extensive Shipwreck Display. There are also displays covering the history of the construction of the Cape Leeuwin lighthouse and a photographic exhibition recalling the events surrounding the rescue of a school of 114 false killer whales which were stranded on Augusta's main beach on 30 July 1986. Assistance came from all over the south west and for two days the rescuers attempted to send the whales back to sea. The result was that 96 of the whales were saved. A remarkable achievement. The museum is located on Blackwood Avenue and open from 1 September to 30 April from 11.00 am - 4.00 pm. From 1 May to 31 August it is open from 1.00 pm - 3.00 pm. Tel: (08) 9758 0465. There is a downloadable brochure available at http://www.amrshire.wa.gov.au/community/augusta-historical-museum/.

Cape Leeuwin
Located 8 km south of Augusta, Cape Leeuwin is a particularly beautiful rocky headland which Matthew Flinders described as 'the southern and most projecting part of Leeuwin's Land'. The walk  to the lighthouse, through an area which in spring is ablaze with wildflowers, and the view across the Great Southern and Indian oceans, is an essential part of any exploration of this beautiful and dramatic coast. At certain times of the year it is possible to see exactly where the two oceans meet. As a plaque on Cape Leeuwin points out, “At various times of the year the differing ocean currents, waves and swell patterns are evident in the waters around the Cape. This can create unusual conditions in the nearby waters. The Antarctic Circumpolar Current [in the Southern Ocean] circles Antarctica west to east … its northern edge turns north and heads up along the western Australian coast. From May to September each year the Leeuwin Current [in the Indian Ocean] transports warm tropical water southwards around Cape Leeuwin.”

Cape Leeuwin Lighthouse and Waterwheel
The Cape Leeuwin Lighthouse was built from local limestone between 1895-1896. It had been suggested as early as 1881 but the state lacked the financial resources and there were problems with the bedrock. At the time of construction there was also a waterwheel which was built in 1895 to tap a spring and provide water for the workers building the lighthouse. It continued to operate until 1928. Today it stands idle and calcified with limestone.

When completed the lighthouse, which used a kerosene wick lamp, was the largest of its kind in the world. It had an intensity of 250,000 candelas and could be seen 40 km out to sea. In 1925 it was upgraded to vaporised kerosene and in 1955 a radio beacon was installed. It was manually operated until 1982 when it was converted to electricity. In 1992 it was automated. For those wanting to climb to the top it has 186 steps and seven floors. Tours occur every 40 minutes. The lighthouse, which is open every day from 9.00 am - 4.30 pm, was officially opened by Sir John Forrest on 10 December 1896. Set on foundations which reach 6.71 m below the surface to the bedrock, the light is 56 m above sea level. It now can be seen 48 km out to sea. For tour times and prices check http://www.margaretriver.com/lighthouse-tour-times-and-prices.

Leeuwin-Naturaliste National Park
The Leeuwin-Naturaliste National Park stretches north from Cape Leeuwin for 120 km to Bunker Bay. It is a stretch of coastline which intersperses granite headlands and promontories with networks of caves (there is a lot of limestone in the region) and some of the most beautiful beaches along the Western Australian coast. There is a Cape to Cape Track (it was officially opened in 2001) which runs from Cape Naturaliste to Cape Leeuwin. If you are planning to walk the coast there is a book, The Cape to Cape Track Guidebook. Check out http://www.capetocape.8m.com. There is also a dedicated website with detailed information about the track. Check out http://www.capetocapetrack.com.au/pages.asp?code=10. For more information check http://parks.dpaw.wa.gov.au/park/leeuwin-naturaliste.

Hamelin Bay
There is something remarkably beautiful about Hamelin Bay. It is one of the many special places in the Leeuwin-Naturaliste National Park. It was named after J.F.E. Hamelin, a French explorer who sailed along the coast in the late 18th-early 19th century. The bay changed when, in 1882, a timber merchant, M.C. Davies, gained a 52 year lease on the local karri forests and established coastal shipping at Karridale, Hamelin Bay and Flinders Bay.

The bay's remnant jetty was abandoned shortly after 1900 when five ships were wrecked during a violent storm. It became derelict and later was burnt leaving no more than a few pylons and weathered timbers. In its heyday Hamelin Bay was a major timber port and the main jetty was 549 m long. The coastline here is extremely dangerous. In 1996 at Gracetown a section of the cliff face collapsed resulting in the deaths of nine people. In certain conditions, it is still possible to see some of the ships that have been wrecked and the bay, with its pristine white sand, is breathtaking on a sunny day.

Hamelin Bay Wreck Trail
Western Australia developed a large number of heritage trails in 1988. Undoubtedly the most unusual was the Hamelin Bay Wreck Trail which requires a boat and diving qualifications and allows those proficient in diving to explore the wrecks of the Agincourt (1882), Chaudiere (1883), Katinka, Norwester, Lovspring, Arcadia (all in 1900) and Toba (sunk sometime in the 1930s) all of which lie in Hamelin Bay. The trail's description of the afternoon and evening of 22 July 1900 when four ships were sunk is a reminder that Hamelin Bay in bad weather can be extremely hazardous.

"A letter of 1 August 1900 from Mr G. F. McGregor to his son Alexander tells of the storm and describes a violent wind initially from the north-north-west and 'the sea going right over the jetty'.

"The wind then backed to the south-west and strengthened to such a force that sheets of water were lifted from the sea and carried inland with such force as to fill McGregor's rain water tank with sea water. The wind forced those on the jetty to crawl on all fours to safety while clinging to the railway line that ran along the length of the structure.

"Dawn revealed a scene of great destruction. Two of the Katinka's masts (with the crew grimly attached) were all that could be seen of that vessel. The Danish barque Norwester and the Norwegian barque Lovspring lay stranded on the beach amongst floating wreckage and violent seas.The Norwegian barque Arcadia, which first went ashore in April, is recorded by McGregor as again going ashore at the start of the July gale." The brochure can be downloaded at http://museum.wa.gov.au/sites/default/files/Hamelin.pdf. It lists a number of other wrecks in the area.

Augusta-Busselton Heritage Trail
In 1988 Western Australia produced a series of excellent Heritage Trail brochures for the Bicentennial year. The Heritage Trail, Augusta-Busselton covers the 100 km from Augusta to Busselton and traces the early history of the area through the movements of the Bussel and Molloy families who settled in Augusta in May, 1830 and subsequently moved up the coast looking for suitable agricultural land. The trail starts at Georgiana Park in Augusta and traverses the coast to Busselton to explore the jetty and the significant local buildings. The brochure can be downloaded as a PDF at http://www.amrshire.wa.gov.au/library/file/8RecTourism/WalkingTrails/augbsnHeritageTrail.pdf.

* Prior to European settlement the area around Augusta was occupied by members of the Wardandi Aboriginal language group.

* In March, 1622 Dutch sailors sighted the south western tip of Australia and named it 'Landt van de Leeuwin' meaning the land of the lioness. There is a debate about the origin of the name. Cape Leeuwin appears on a Dutch map drawn by Hessel Gerritsz in 1627 with a note saying that it was discovered in 1622. Others have suggested that it was named after a ship Leeuwin which reached Batavia in 1622.

* The first Europeans to spend time in the area were the whalers and sealers who sought shelter during particularly stormy weather.

* Augusta was part of a concerted attempt to settle Western Australia due to concern about French colonial intentions. Thus Albany was established in 1826 and Swan River in 1828. On 12 March, 1830 the barque Warrior reached Fremantle from England with a full complement of prospective new settlers. The settlers found that all the good land in the Swan Valley had been taken and so, shortly afterwards, accompanied by Captain James Stirling, they moved south to the present site of Augusta. Their original landing site is located on the Augusta foreshore between Deere and Trigg Streets and is marked by a plaque at the bottom of Loch Street.

* The first 60 settlers arrived at Augusta on 2 May, 1830. They included "Captain John Molloy, a Waterloo veteran, his wife Georgiana, and an establishment of eight other persons; James Woodward Turner, a London builder and surveyor, his wife Maria and seven children, and an establishment of twenty-one other persons; and four brothers, John, Charles, Vernon and Alfred Bussell, and their one servant. Also on board were a few settlers not attached to any establishment, together with Assistant Surveyor John Kellam, and a detachment of four men from HMS Sulphur under the command of Admiralty Mate Richard Dawson."

* The area was difficult and the settlement was a failure. The Bussels and the Molloys moved north in search of better land. Supplies from Perth were unreliable; the hardwood forests were difficult to clear; and crops failed. Only James Woodward Turner, who had been granted 20,000 acres where Augusta now stands, persisted. He moved to Turnwood and tried to farm the land but was forced to move when the local Aborigines set fire to the area (an annual custom) and destroyed his house. He moved to Cape Leeuwin but again was unsuccessful. Turner's original Augusta grant was located where the Turner Park Caravan Park now stands.

* It wasn't until the 1870s that a timber merchant, named Maurice Coleman Davies, began to exploit the potential of the local hardwoods. He established sawmills at Coodardup, Karridale, Boranup and Jarrahdene and shipped the timber through the ports at Flinders Bay and Hamelin Bay. Davies created an international market for karri and jarrah hardwoods. His hardwood paving blocks were used on the streets of London.

* In 1891 the Augusta Road Board was established with Davies as the first chairman.

* By World War I the local timber industry was in decline. The mill at Karridale closed in 1913.

* In 1961 a fire went through the remains of Karridale. Now all that is left is the chimney of the mill.

* The railway line reached Augusta from Busselton in 1925.

* In the 1920s the district was used for soldier settlement with the Group Settlement Scheme. The returned soldiers who settled the area were known as Groupies.

* In 1986 the town achieved brief fame when 114 false killer whales were stranded on Augusta's main beach. Most of them were saved. 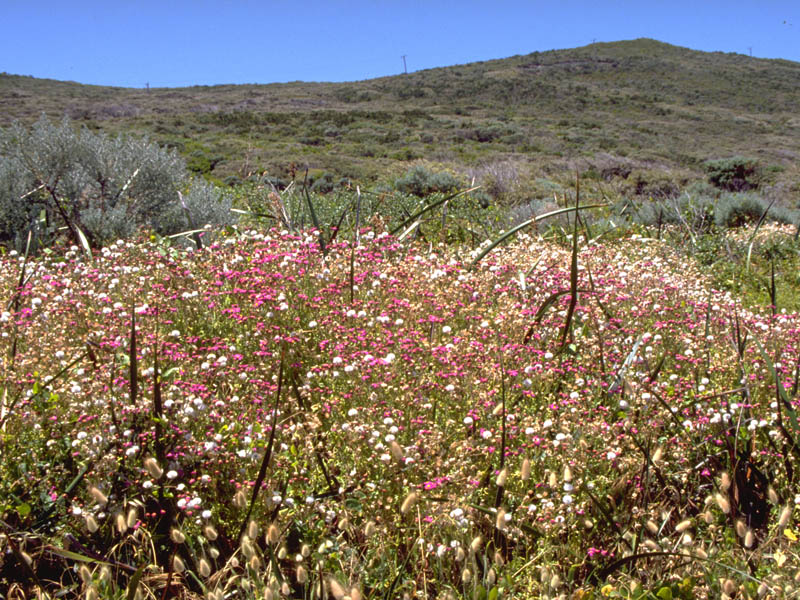 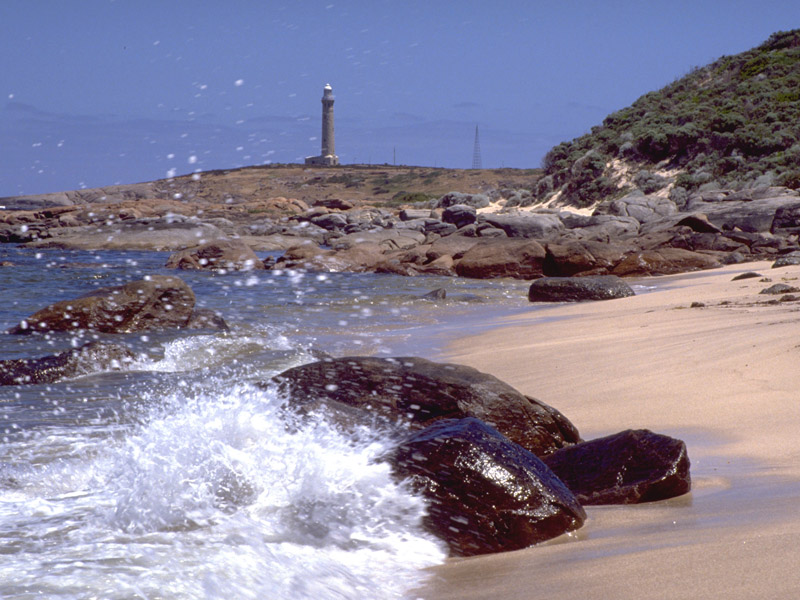 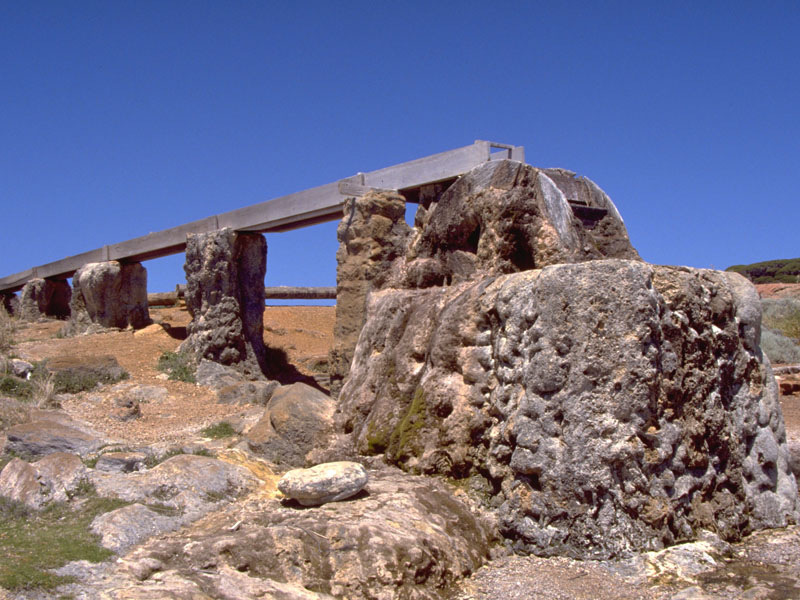 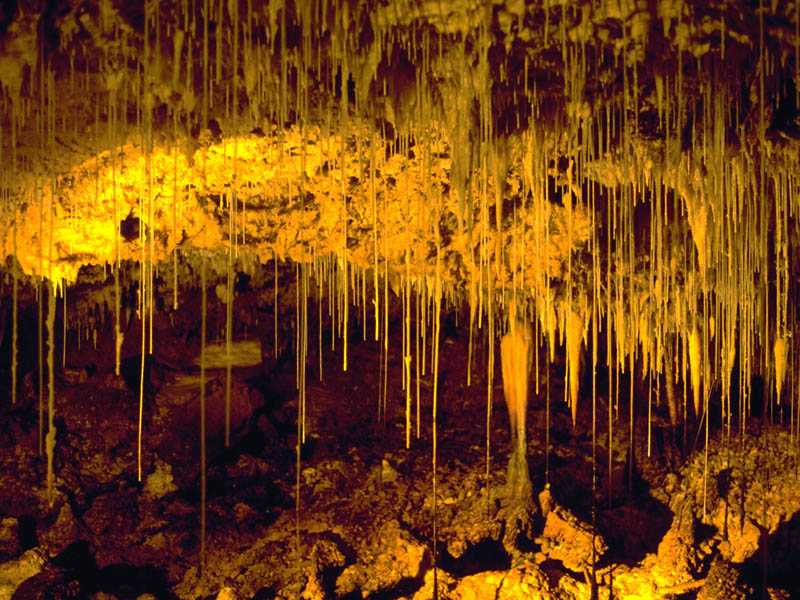 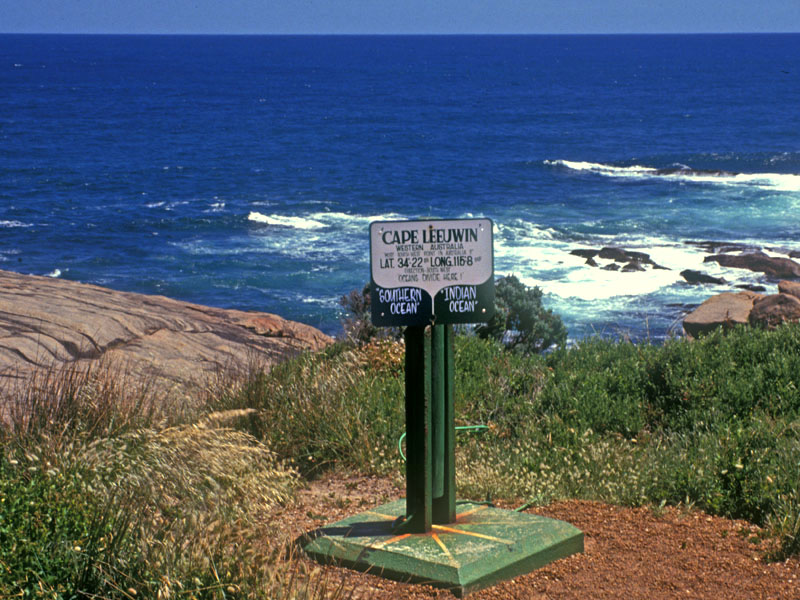