Marulan really is unique. There is no other town on the planet where, on the wall of the ablution block in the park, there is a sign which reads "You are standing in the exact middle of the Eastern Standard Time Zone. Marulan is the only town in the world suitated (sic) on the 150° meridian, a place where the sun rises at 6am and sets at 6pm precisely every equinox." Today Marulan is a town most commonly bypassed by vehicles rushing between Sydney and either Canberra or Melbourne. It has been bypassed since 1985 and only in recent years has it started to be revitalised with the arrival of people looking for a quiet life in the country or eager to open coffee shops and cafes. Perhaps the most interesting quality about the town is that, although it seems like a small, rather inconsequential, place it is actually a village with a very strong community spirit.

Marulan is located 167 km south-west of Sydney via the Hume Freeway.

Marulan was originally known as Mooroowoolen which was the name of a private village established in the area in the 1820s. It is assumed that Mooroowoolen was a local word of Gundungurra Aboriginal origin but no one seems to know what it was supposed to mean.

Walking around the Town
The Great South Road Self-Guided Tour, which exists as a PDF and can be downloaded at http://www.igoulburn.com/site/files/ul/data_text12/2448956.pdf, lists twenty buildings of historic interest most of which line George Street, Marulan's main street. Equally easy, for those wanting information about the buildings, is the excellent plaques outside the buildings which provide very detailed historic information.

The list starts at (1) the railway station and the station master's residence which were completed in 1868 and formally opened on 6/8/1868 when three trains arrived from Sydney. Both the station and the residence are fine examples of Victorian public architecture. The walk then continues past (2) the very fine Georgian-style Police Station which was completed circa 1880; (3) the Marulan Post Office  - and here is an example of the detail provided on the plaques "Marulan's original Post Office opened at Old Marulan (corner Hume Highway and Marulan South Road) in 1836. Being on the main southern road at the time, Marulan enjoyed a good mail service - daily except on Fridays. By 1848 a two-horse coach was running from Camden to Picton, Berrima, Marulan and Goulburn. By 1866 a large camp of railway workers had set up near the new railway line and the Terminus Hotel had been built. Agitation was very strong for a Post Office to be opened at the 'Marulan Camp' in the rail terminus building. Philip Dignam MP was asked to name the new Post Office. As a private township had been laid out and sold under the name Mooroowoollen, he suggested that be the name of the Post Office. The Mooroowoollen Post Office grew in importance because it was at the terminus of the southern railway. Mail from here was dispatched by Cobb & Co coach to all points south. Mooroowoollen officially became Marulan on 1 September 1878 and in 1885 the Railway Department erected the present Post Office with a Postmaster's residence attached. The Post Office building has been privately owned since 1965. The Post Office property title was split from the residence in 2002, with the new owner adding the extension in 2003. It operated as the Marulan Post Office until 2010." So, as you can see, reading the signage is simply the best and most detailed way of understanding the history of the town.

The tiny St Stephens Uniting Church (19) at 91 George Street, was consecrated in 1873, and is thought to be the oldest building now standing in Marulan; the Coronation Store (15) is an interesting example of a nineteenth century shop with an attached residence; Wattle Glen cottage (14) is a Georgian-style cottage which was built in 1889 and  (5) All Saints Church (1878) and Rectory (1886) are an interesting blend of Victorian and Colonial architectural styles with the stone coming from Wingello and the design being attributed to the Reverend Canon Soares.

The exploration of the town's historic buildings is easy. The main street is flat and they are very clearly signposted.

Plumb's Inn
Keep driving south on the Hume Freeway and on your left, just before the road dips and crosses a creek, you will see, hidden behind a row of pine trees, the building formerly known as Plumb's Inn. It is a private dwelling and not open to the public but the inn is the setting for one of Ben Hall's most memorable bushranging failures. On 19 December 1864 Hall and his gang accidentally held up the MP for Murrumbidgee, William Macleay, who returned their fire with his new Tranter revolving rifle. The bushrangers fled but, annoyed that they had been outgunned, turned around and attacked Macleay as he approached Plumb's Inn. Macleay took up a position on the veranda, returned the fire, and forced the bushrangers, once again, to retreat. As you drive past on the Hume Freeway look across at the building (you can see a photo of it on the right hand side of this page) and recall it was once the scene of a dramatic gunfight which turned a local politician into a hero.

Tallong, Badgery's Lookout and Long Point Lookout
Head north of Marulan until you reach Highland Way (the route to Bundanoon), turn east and you will reach the tiny village of Tallong (it is 9 km from Marulan). Before you reach the village turn south on Long Point Road which leads to a walking trail to Long Point Lookout. The lookout offers dramatic views of a deep gorge bisected by the Shoalhaven River. Keen bushwalkers can descend to the Shoalhaven River which is 500 m below (90 minutes return). Further along Highland Way, at Tallong, turn into Caoura Road which leads to Badgery's Lookout which also has impressive views of the gorge created by the Shoalhaven River. There is useful information on the birds in the area at http://www.iboc.org.au/PDF/Bird-Walks/Bundanoon-area.pdf and the National Parks and Wildlife Service has detailed information about Morton National Park, which is the location of the lookouts. Check out http://www.nationalparks.nsw.gov.au/morton-national-park.

* Prior to European settlement the area was inhabited by the Gundungurra Aborigines. It was also a popular meeting point for members of the Wadi Wadi, Wandandian and Ngawal peoples.

* An ex-convict, John Wilson, was the first European to pass through the Marulan district when he led an expedition into the area in 1798. The plan, devised by Governor Hunter, was to explore the area and provide a very negative report. At the time convicts were escaping and heading south in the mistaken belief that China was only 150 miles away.

* In 1818 Hamilton Hume and James Meehan passed through. They were investigating the agricultural potential of the Goulburn Plains.

* In 1819 Governor Lachlan Macquarie ordered the construction of a Great South Road from Picton to the Goulburn Plains.

* By the mid-1820s the township of Marulan had been established as a private village located at the junction of Bungonia Road and the Great Southern Road. The village was named  Mooroowoolen. Around this time Joseph Peters, a ticket-of-leave man, settled on land between Marulan and Goulburn and opened an inn.

* A new town was surveyed and laid out by Surveyor General Thomas Mitchell in 1834. It was officially gazetted in 1835.

* Through the 1830s the town acquired a post office (by 1836 there was a daily mail service), two inns, a store and a number of bark hut dwellings.

* When the railway was being constructed through the area in 1868 Marulan was used as a camp for the workers. The camp was located near the present site of the railway station.

* On 1 September 1878 the name of the town was officially changed from Mooroowoolen to Marulan.

* By the 1890s it was a modest township with a police station, post office, Oddfellows Hall, School of Arts and ten stores.

* In 1928 the road through the town was declared the Hume Highway.

* Today Marulan, to the passing traveller, will seem to be nothing more than a couple of large service stops on the bypass. Few people enter the town which has become quiet and pleasant with old houses being repaired and new cafes opening.

There is http://www.argylecounty.com.au/towns/marulan.html  which has a good history of the district. There are also excellent maps of both the town and the district at http://www.igoulburn.com/site/files/ul/data_text12/2448956.pdf and there is a very useful brochure, which can be downloaded, at http://www.igoulburn.com/site/files/ul/data_text12/1243110.pdf which details all the important historic buildings in town as the Marulan Meander. 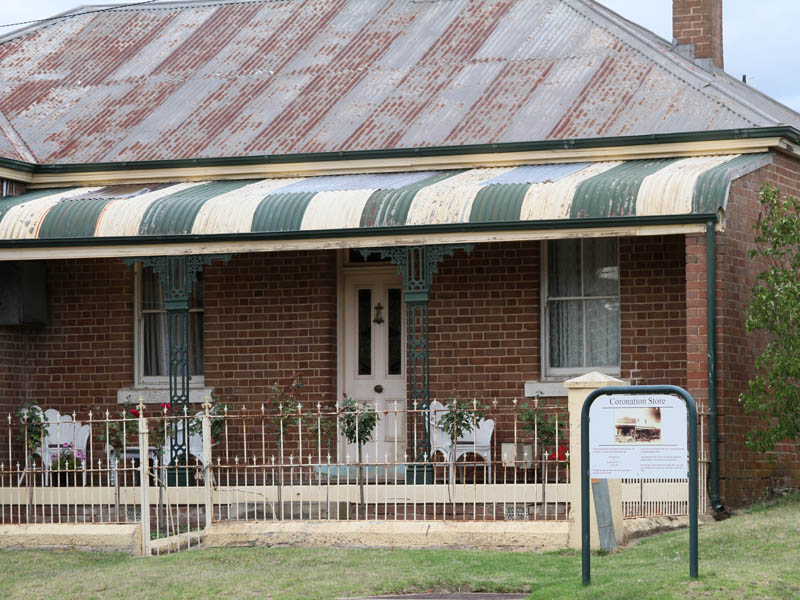 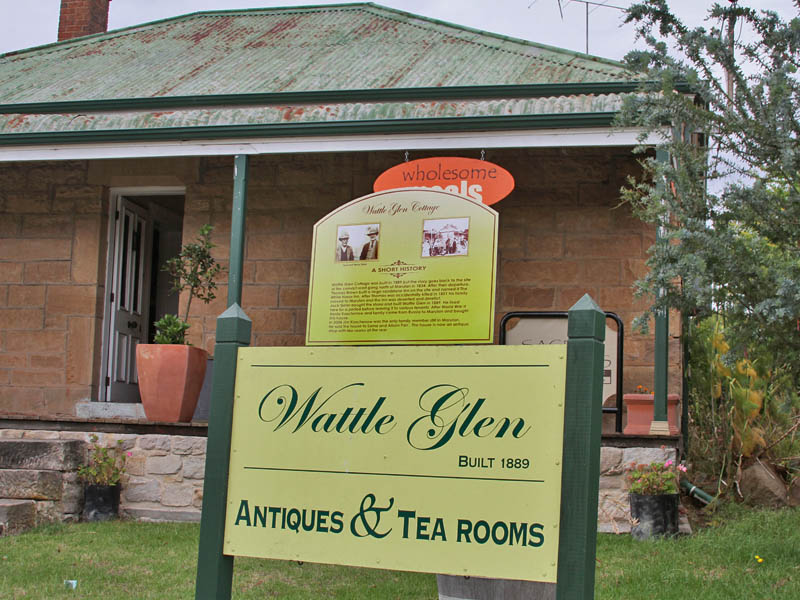 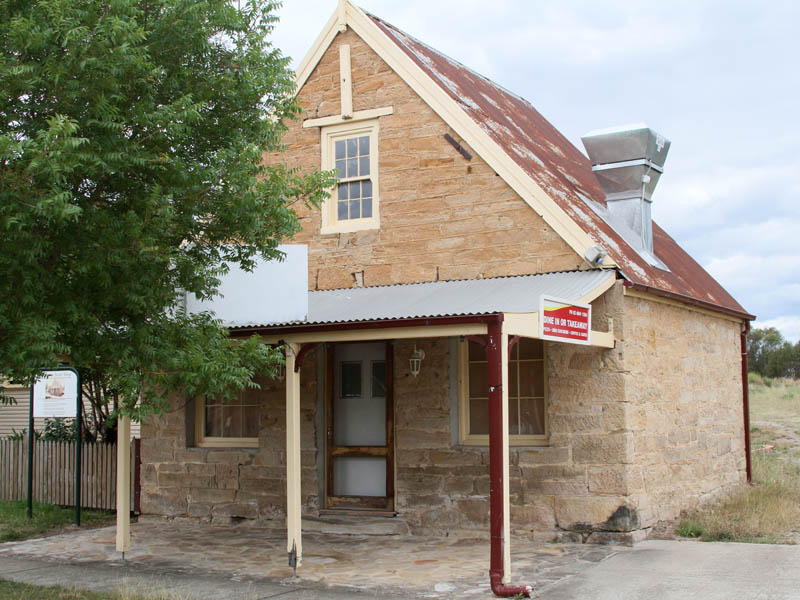 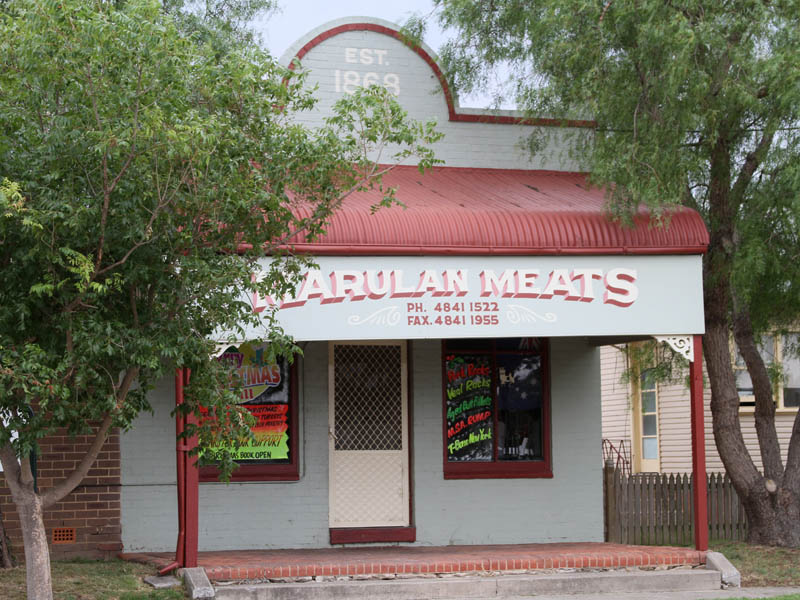 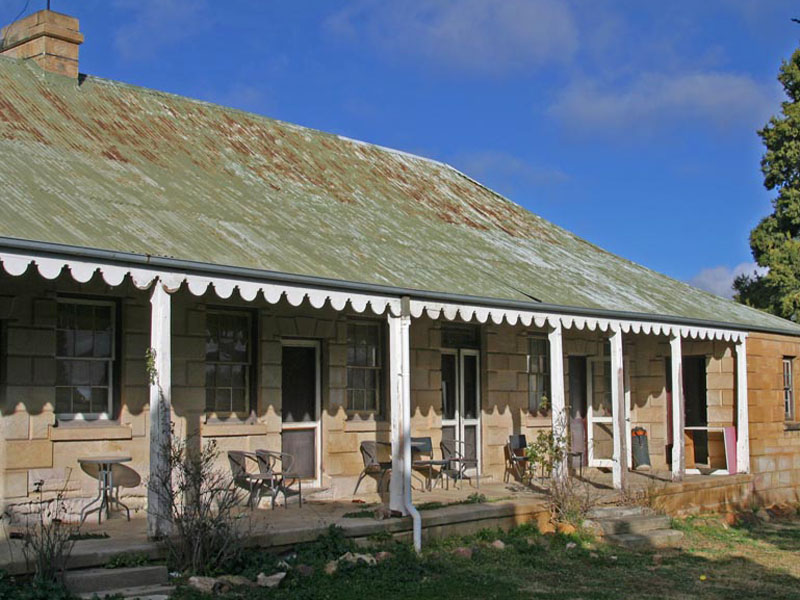