Wild opal mining town in the desert between Roxby Downs and Lake Torrens.

With the prosperous mining town of Roxby Downs (famous as a uranium mining site) only 34 km away, Andamooka has changed over the past 25 years. A quarter of a century ago it was one of the wildest of all Australia's opal mining towns. Today some of the streets are paved, although there is no curbing or guttering, and nearly all of the community lives in houses which are above ground and built with some care for symmetry and tidiness. And there is even a hint of a suburb. Twenty five years ago nearly every house was built out of corrugated iron. It is still, however, a town driven solely by opal mining and, as such, everything else plays a secondary role. Andamooka lies in the middle of the desert 15 km west of Lake Torrens and 76 m above sea level. All around are cones of white soil where miners, like gophers, have been burrowing for gems. Given that the annual rainfall is only 203 mm it is hardly surprising that residents wanting a bit of garden are almost certainly doomed to failure.

Andamooka is a located 590 km from Adelaide and 285 km from Port Augusta. It is only 76 m above sea level.

There is some dispute about the origins of  the word 'Andamooka'. some sources claim it was the local Aboriginal (Kuyani) term for a large waterhole which was pointed out to the explorer John McDouall Stuart as he made his way  through the area in 1858. Other sources claim the Kuyani word is 'Arndoo-moku' which means a loaded or powerful bone which was part of local Aboriginal lore.

Buying Opals
There are hundreds of good reasons for going to Andamooka. It is a surreal town and the people who live there, and spend their days digging for opals, are a fascinating breed of eccentrics driven by the belief that one day they will find a gemstone of extraordinary value. In the meantime they find small opals and offer them for sale in small shops. Some they polish. Others are unpolished. They know which stones are worth real value. There's a wonderful level of mining eccentricity. One sign declares "Andamooka Opal ... the World's Finest!" (what - only one?) and Duke's Bottle House (which has a motel attached) has a reputation for having fine stones.

Historical Cottages
Located in the main street, built in the 1930s, and open for inspection all year round, these semi-dugouts (an attempt to deal with the harsh summer heat) are unlike the dugouts in, say, White Cliffs or Coober Pedy, because the soil around Andamooka is heavy in clay. They are listed on the National Heritage Register because they are typical of the kind of rough accommodation created by the early miners in the area.

Cal the Stoner’s Stonemasonry
‘Cal the Stoner’ is a sculptor and artisan stonemason who explores changes in natural stone, through placement in different environments. Cal is currently creating a life sized tiger that when complete will have opal eyes and Andamooka rainbow matrix claws! The Andamooka Tiger is made of Grampian sandstone and when finished will weigh nearly one tonne. Cal moved up to Andamooka from St Kilda (Victoria) to set up an open air stonemasonry Art Studio. Visitors are welcome to Cal’s studio between 2.00 pm - 3.00 pm Entry fee is a cold beer. Call Cal and let him know you are coming: 0403 042 973.

Lake Torrens
Lake Torrens is only 15 km from Andamooka but the road is difficult and should only be attempted by people in 4WD vehicles. It is unwise, even with a 4WD, to attempt to drive on the lake as it can hide soft mud below an apparently stable surface.

* This is desert country with little or no water. The Kuyani Aboriginal people moved through the area, from water hole to water hole, for thousands of years.

* On 21 June, 1858 the explorer John McDouall Stuart, attempting to cross Australia from south to north, passed through the area.

* In 1872 the Andamooka station pastoral lease was established.

* Opals were first found at Andamooka in 1930 by two boundary riders, Sam Brookes and Roy Shepperd at Treloars Hill.

* The famous 'Andamooka' opal, known as the Queen's Opal, was presented to Queen Elizabeth in 1954. It was cut and set in an 18 carat palladium necklace.

There is no visitor information in town but the locals, particularly those at the opal shops, will help with directions.

There is a friendly, community website with lots of useful information about the town. Check out http://andamooka.sa.au. For a small town it is a remarkable website full of interesting information. 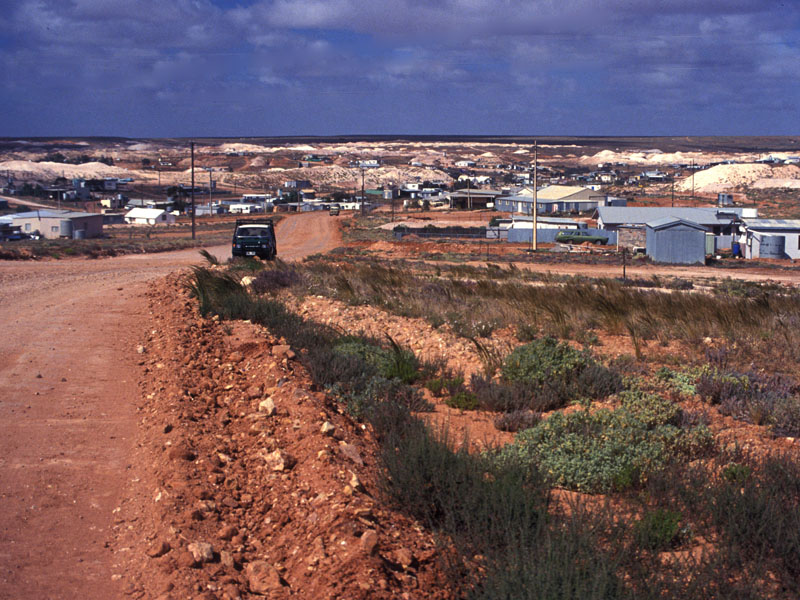 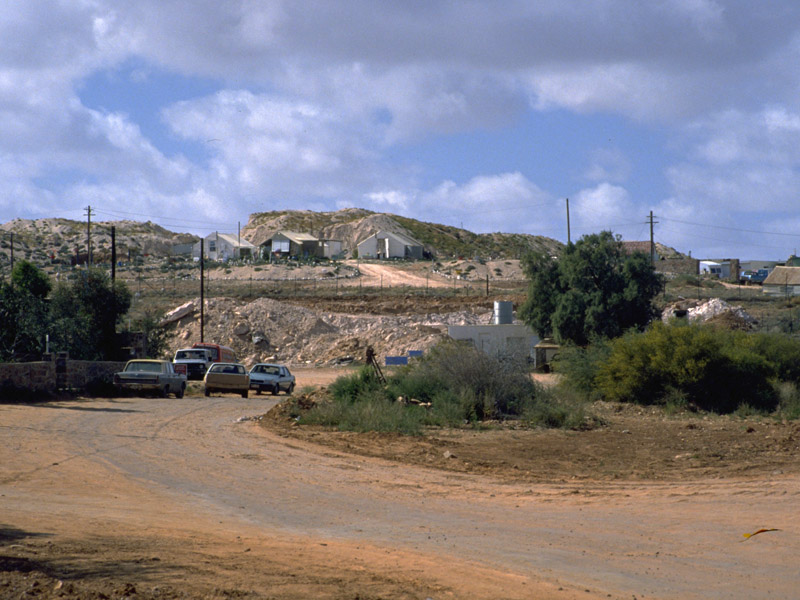 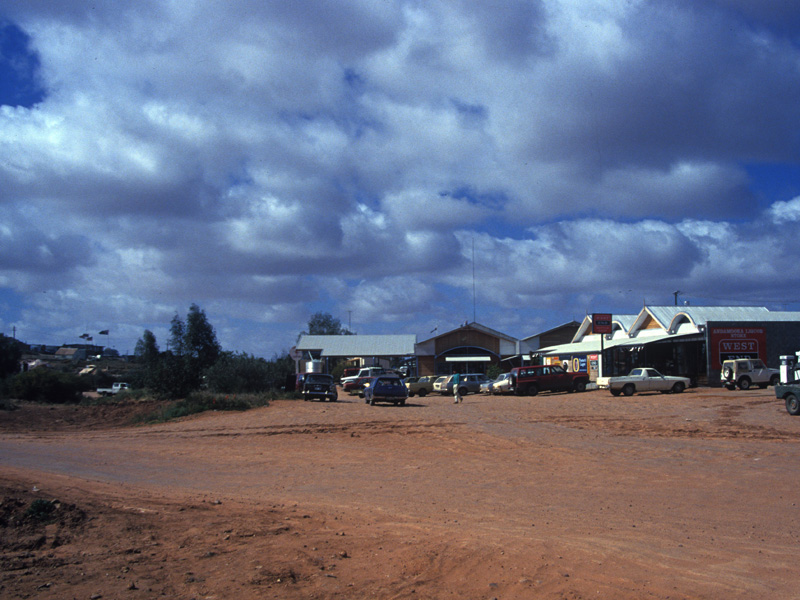 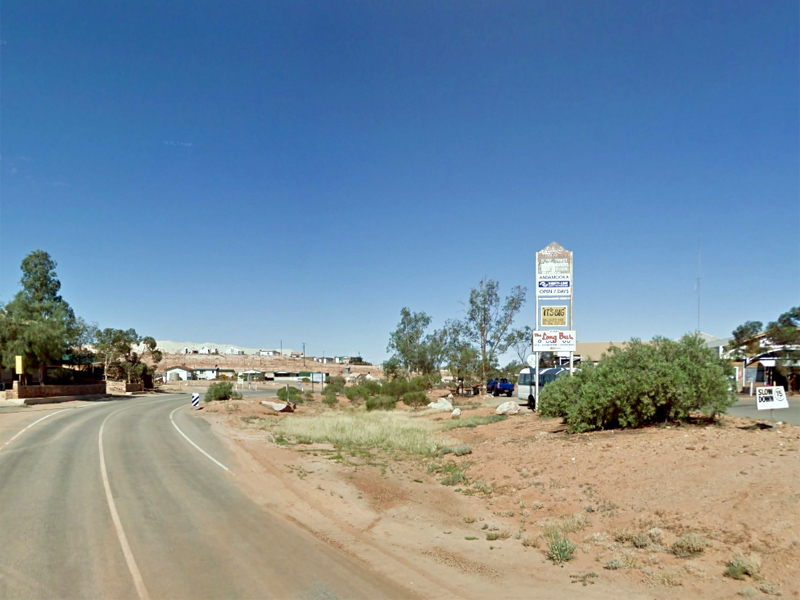