Apollo Bay is the iconic and major destination on the Great Ocean Road. Since the early 1800s it has evolved from a whaling station to a very typical seaside holiday resort with a rich variety of activities on the beach and in the water. The hinterland is noted for the foothills of the Otway Ranges with their wildlife and excellent bushwalking. The locals insist that it enjoys a microclimate which makes it milder and warmer than the other towns on the Great Ocean Road.

Apollo Bay's primary appeal is that it is accessible from Melbourne which has ensured its enduring importance as a tourist and holiday destination. It is also an important fishing port noted for its catches of crayfish, shark, whiting, flathead and snapper.

In 1859 the area was surveyed and named. In 1874 the name was officially changed to Krambruk. It wasn't until 1898 that it officially became Apollo Bay. The name dated back to 1845 when a Captain James Loutit, sailing the schooner Apollo, sheltered in the bay. The town and bay were subsequently named after the vessel.

Artworks of Our Foreshore
There is a brochure available at the Visitor Information Centre which identifies the large number of sculptures around the town and recounts stories of the artists. Immediately next to the Information Centre is the impressive The People Pole by John McColl a professional sculptor from Tasmania who lives at St Marys where he is currently developing a Sanctuary of Sculpture. Beyond The People Pole is a collection of six sculptures and a superb timber bench. This collection includes local sculptor, Kim Boyd's delightful Dinosaur Egg with Bones, Brad West's amusing Lizard's Revenge and some more wooden works by John McColl. Just beyond the wooden sculptures is James Butt's Mosaic Spiral Drinking Fountain.

Old Cable Station Museum
The Old Cable Station Museum is housed in the old cable station which was established to connect Victoria and Tasmania by undersea cable. It is located at 6250 Great Ocean Road (at the eastern end of the town) and contains a good collection of local memorabilia and displays of relics from the many ships that were wrecked along the coast. Tel: (03) 5237 7441. The museum is open on Saturdays and Sundays from 2.00 pm - 5.00 pm.

Great Ocean Walk
The Great Ocean Walk is an eight day, one way long distance walk from the Apollo Bay Visitor Information Centre through the Great Otway and Port Campbell National Parks. The journey finishes at Princetown near the Twelve Apostles. There is an excellent website - http://www.visitgreatoceanroad.org.au/ - which points out that while you may not be planning to have the eight day experience there are a short series of walks at the beginning which will give you a worthwhile experience. The distance from Apollo Bay to Cape Otway is 32.5 km and is an easy/medium walk which should take around 11 hours 45 minutes. In other words, it can't be done in a day. The first section from Apollo Bay to the Elliot Ridge campsite is 10 km and will take around 3 1/2 hours; from Elliot Ridge to Blanket Bay is 12 km and takes around 4 1/2 hours; and Blanket Bay campsite to Cape Otway is 10.5 km (3 hours 45 minutes). There are detailed maps and good information available at Great Ocean Road Visitor Information Centre, 100 Great Ocean Road, tel: 1300 689 297. Remember: you can only travel in one way.

Walks around Apollo Bay
The website - http://www.visitgreatoceanroad.org.au/the-otways-coast/apollo-bay/families/apollo-bay-walks - lists no fewer than nine walks (not including the Great Ocean Walk) and six lookouts around Apollo Bay. The walks include:

Marriners Falls Walk - a moderate 40 minute walk to the falls through ferns, trees covered with lichens and mosses. It is located at the end of Barham River Road. In 2014 it was closed. Check to see if it is open again.

Maits Rest Rainforest Walk - is a 30-minute stroll through fern gullies and eucalypts on a raised boardwalk to a viewing platform beneath a 300-year-old myrtle beech which is on the National Trust register. It is an unusual growth combining two or three trees in one. The route is wheelchair accessible. This really is a special walk which offers a particularly enjoyable rainforest experience.

Elliot River Circuit Walk - is a walk of moderate difficulty through forest and ferns and up a ridge into Blue Gum and Wet Forest.

Katabanut Circuit Walk - heads from Blanket Bay campground through foothill forests and onto the beach before returning to the campground.

Parker Forest Circuit Walk - leaves from the Parker Forest campground and follows the cliffs to Point Franklin. The return to the campground is via the Stringybark Track which passes a popular koala habitat.

Lighthouse Cemetery and Lookout Walk - starts at the Cape Otway lightstation car park and visits the historic cemetery. There are also excellent views over the ocean. Check out http://www.apollobay.vic.au/images/stories/pdffiles/Walks%20Waterfalls%202011%20GS.pdf for a good map.

* Prior to the arrival of Europeans Apollo Bay was inhabited by Ganubadud Aborigines who lived largely on fish and crustaceans. Evidence of their existence in the area has been found. There are ancient middens on the Otway Peninsula near the Aire River.

* The area was sighted in 1800 when Lieutenant Grant sailed through Bass Strait in the Lady Nelson.

* In the early 1800s sealers and whalers started using the area.

* The first Europeans to explore the Otway Ranges were Joseph Gellibrand and George Hesse.

* In 1836 Captain Loutit, sailing the schooner Apollo, sheltered in the bay which subsequently took the name of the vessel.

* In 1845 the coast to Cape Otway was surveyed by George Douglas Smythe. That same year a bridal path was cut through to Apollo Bay by William and Thomas Roadknight.

* The first significant settlement occurred in 1849 when timber cutters moved into the district.

* In 1852 the first sawmill was built on Milford Creek. The cut timber was floated out to ships moored off shore.

* In 1853 the area is surveyed and named Middleton.

* By 1864 farmers had moved into the area. John Cawood, one of the town's founding pioneers, was farming land around the Barham River. He was raising cattle.

* A decade later in 1873 a Colonel Heath started farming at Mounts Bay. That year also saw a fortnightly road mail service as the first wheeled vehicles crossed the Otways.

* On 10 July 1932 the coastal steamer Casino, with a number of locals aboard, tried to berth at the town's jetty. It was hit by freak waves, listed and sank, drowning ten men. This occurred in front of the townsfolk gathered on the jetty who did all they could to save the people on the boat. The anchor from the Casino is located outside the Apollo Bay Post Office.

* Today the town is a prosperous holiday destination.

There is a local community website - http://www.apollobay.vic.au/ - which provides extensive information about accommodation, markets, places to eat. There is a particularly good book on the Great Ocean Road which is worth purchasing. Check out http://www.rodneyhyett.com.au/great-ocean-road-guide-book.html for details. 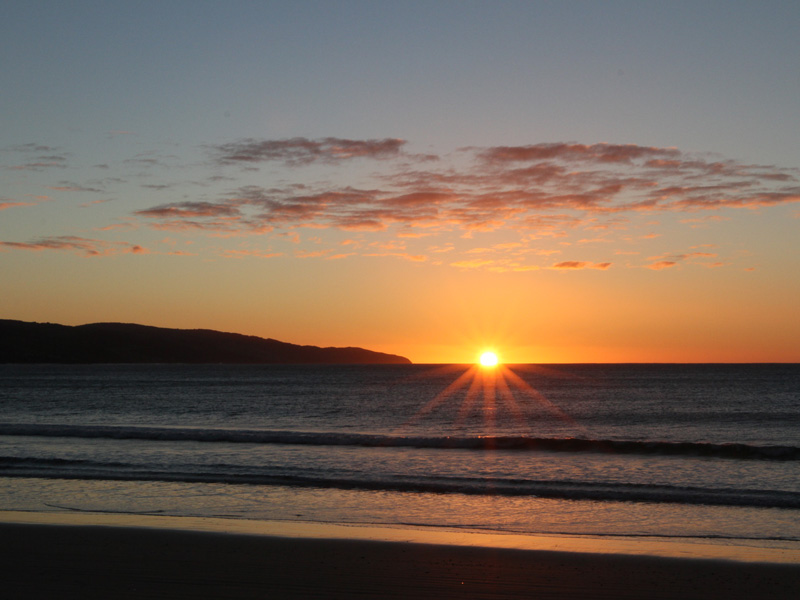 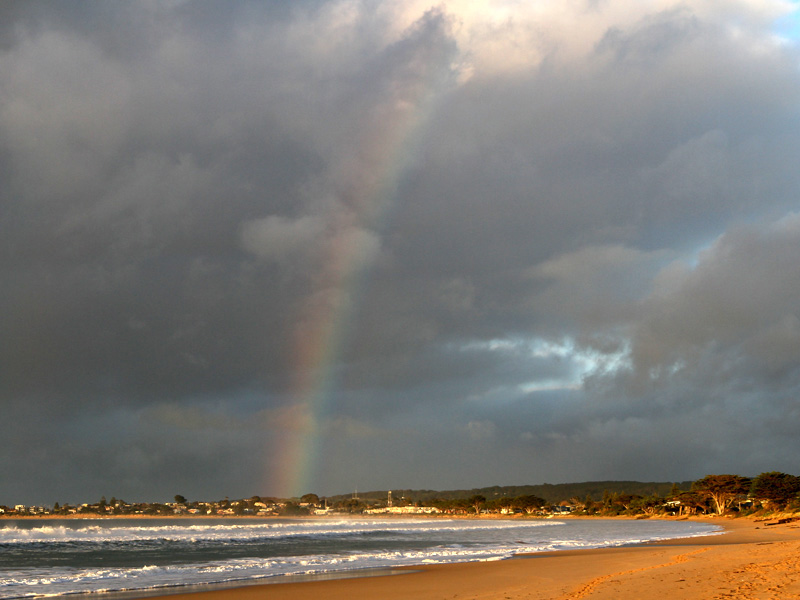 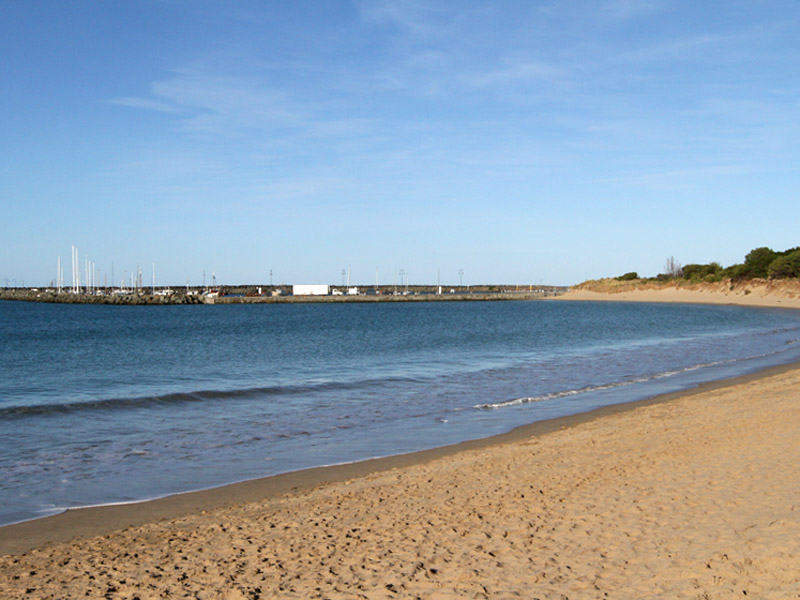 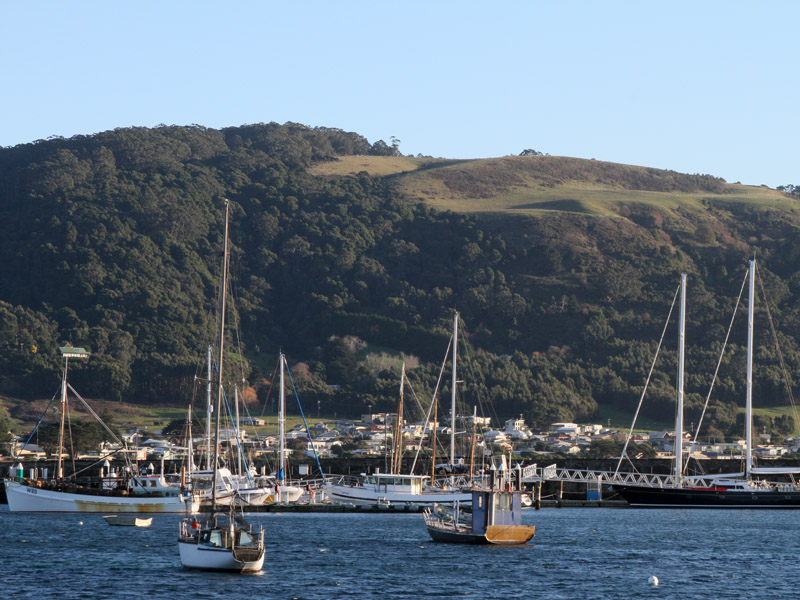 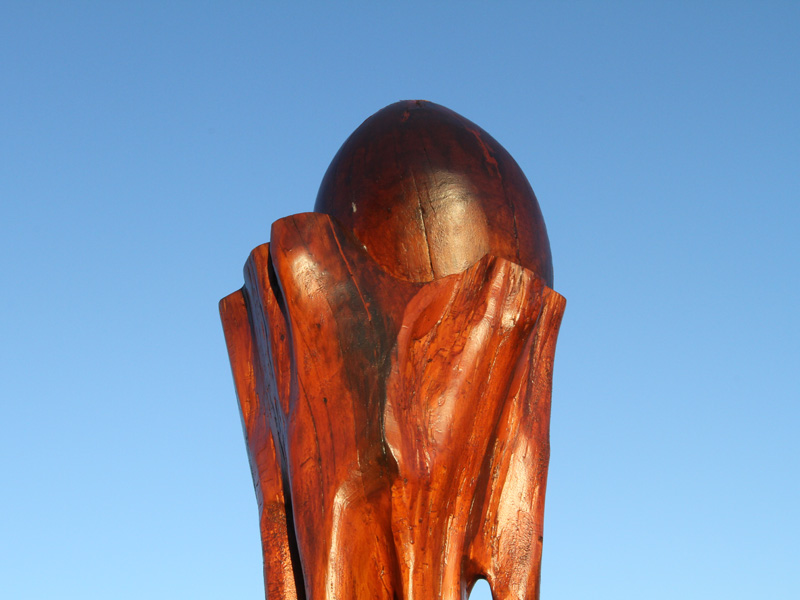 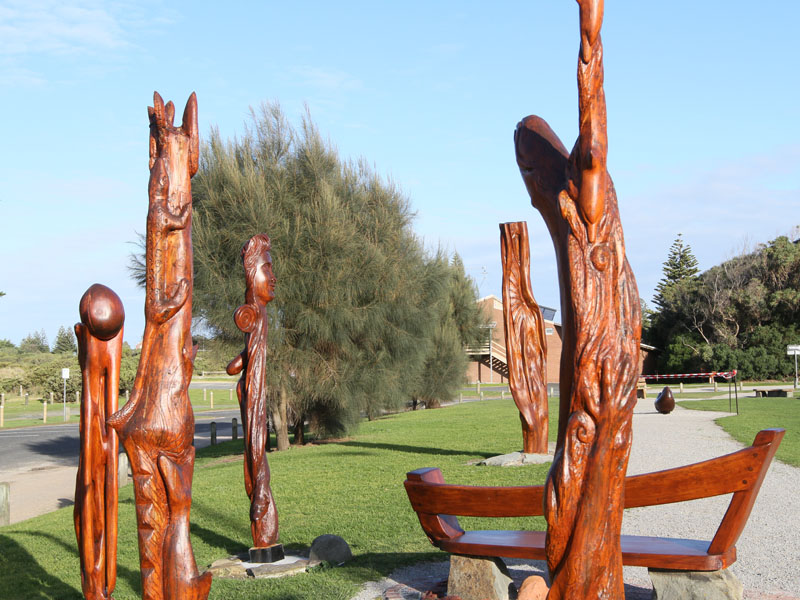 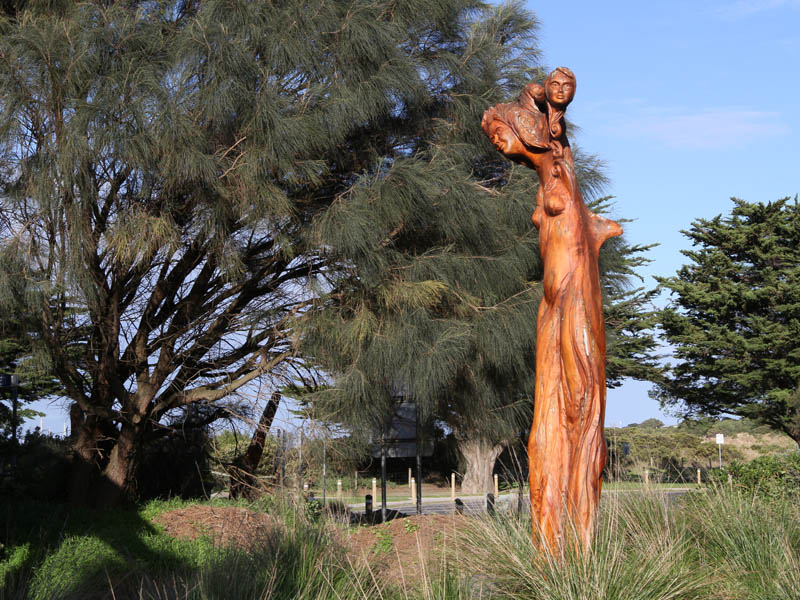 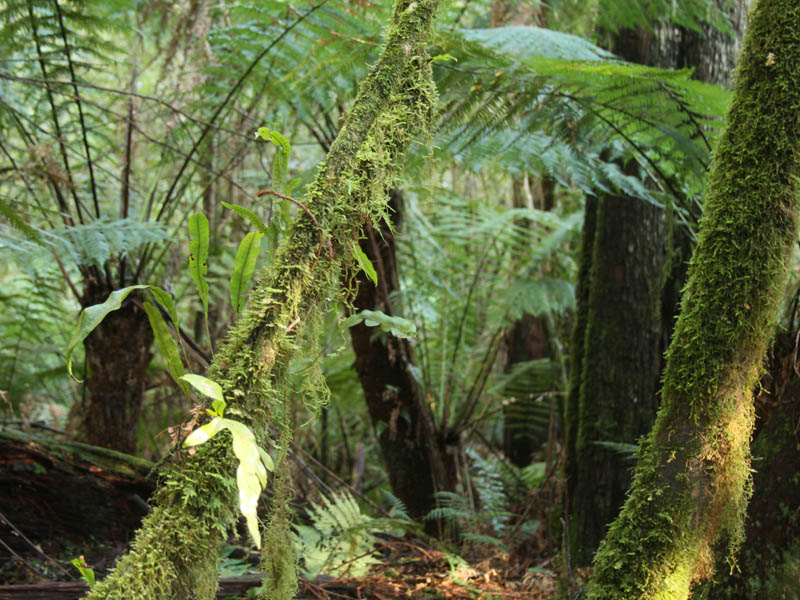 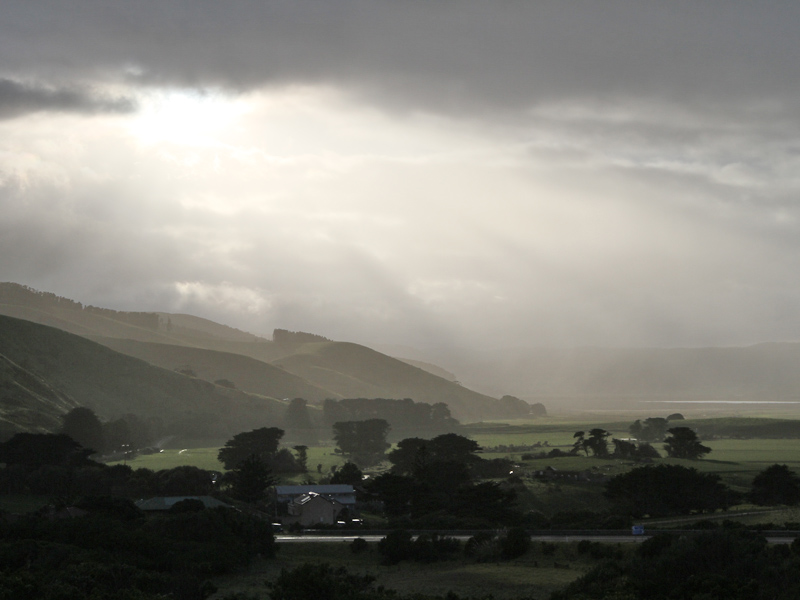