Home of the Australian kelpie

Ardlethan is a small service town in the heart of the Riverina. Its primary claim to importance is its proud role as "The Home of the Kelpie" which is celebrated with a bronze statue at the end of the town's main street. Today Ardlethan is a sleepy little town with little more than a few shops and pleasant park but it boomed, albeit very briefly, when gold was discovered in the 19th century. The subsequent discovery of tin in 1912 resulted in the establishment of a tin mine which, in its heyday in the 1960s, was the largest in New South Wales. As mining declined the town became a service centre for the surrounding wheat and fat lamb properties.

Ardlethan, a small regional service centre, is located 490 km west of Sydney via the Hume Freeway and the Burley Griffin Way through Harden and Temora. It is 67 km west of Temora.

No one is sure of the origin of the town's name but a popular interpretation is that 'ardlethan' is a Gaelic word for 'hilly'.

Birthplace of the Australian kelpie
It is an amusing comment on small town competitiveness that two towns - Casterton in Victoria and Ardlethan - both lay claim to being the home of the kelpie dog. Ardlethan asserts its claim by having a bronze statue of a kelpie in Stewart Park. Casterton is home to the annual Australian Kelpie Muster. Fortunately both towns have legitimate claims. The truth is that the first kelpie was born near Casterton and the refinement of the breed occurred near Ardlethan.

The Working Kelpie Council of Australia (see http://www.wkc.org.au/About-Kelpies/Origin-of-the-Kelpie.php) explains the conflicting claims with great clarity in its extensive article on the origin of the kelpie.

"The foundation of the Kelpie breed is now well documented. The breed originated from the intermixing of the progeny of three pairs of 'Working Collies' imported into Australia by three early landholders. The foundation female, born of black and tan working collies on Mr. George Robertson's 'Worrock' Station on the Glenelg River, Victoria, eventually came into the possession of Mr. J.D. Gleeson, who named her Kelpie.

‘Jack’ Gleeson was employed on the Murray's 'Dunrobbin' station, which adjoined 'Worrock' Station, at the time of Kelpie's birth. Leaving 'Dunrobbin' shortly afterwards he worked on 'Ballarook' Station where he broke in Kelpie to sheep work. He then accepted the position of overseer on 'North Bolero' Station in the Merool (now Ardlethan) district of New South Wales.

Whilst crossing the Murrumbidgee River on his way to take up the position he met an old friend, Mr. Mark Tully. Mr. Tully gave him an all black dog named Moss, who had been bred by the Rutherfords on their 'Yarrawong' property from stock imported from their family in Scotland. Kelpie was mated to Moss and whelped a litter shortly after arriving at 'North Bolero'; this mating was highly successful and a great line of dogs evolved.

Messrs Elliot and Allen of 'Geraldra' Station near Stockingbingal, not far from 'North Bolero', had imported from Scotland a pair of black and tans, Brutus and Jenny. Mated on the voyage out, Jenny whelped a litter shortly after their arrival. In the litter of black and tans were two red pups. Caesar, one of the black and tan male pups, was given to Mr. John Rich of 'Narriah', a property which adjoined 'North Bolero'. Gleeson's Kelpie was subsequently mated to Caesar and a black and tan bitch pup, named Kelpie after her dam, was given to Mr. C.T.W. King. The outstanding performance of King's Kelpie at the first Sheep Dog Trial conducted at the Forbes Show, New South Wales, resulted in the eventual naming of the Breed. At first, dogs of the strain were known as 'Kelpie's pups', but by the turn of the century the majority of dogs of ‘Kelpie-like’ appearance where described as Kelpies regardless of origin.

Gleeson's Kelpie' was mated on numerous occasions to both Caesar and to Moss with outstanding results and the progeny came into the hands of the landholders in the Merool district and were greatly interbred. A female (a Caesar x Gleeson' kelpie) was mated to Caesar's litter brother Laddie to produced Sally; Sally when mated to Moss, produced The Barb, an all-black dog like his sire, which gained his name from the racehorse, which won the Melbourne Cup.

For many years his descendants were known as 'Barbs' and even today many people persist in describing black members of the family in this way. The original Barb was a blend of the same strains that established the breed now known as Kelpies ...

Since the turn of the century the majority of 'Kelpie-like' dogs have been described as Kelpies whether they were directly traceable to the foundation or not. There is little question that the Kelpie is an Australian version of the short and/or smooth coated 'Working Collie', the foundation being mainly black and tan or black dogs carrying very little white. At the same time the Border Collie was usually referred to as the black and white rough-coated Working Collie ...

The modern, top quality Working Kelpie is traceable to the early foundation stock in the 1870's. He is a short-coated, prick-eared dog who revels in hard going. Established specially for local conditions he is able to muster huge areas under extreme conditions, often having to do without water for hours on end. Derived from a long line of dogs and capable of handling thousands of sheep at a time, the Kelpie has a highly developed ability to solve problems for himself, and actually prefers to do so."

This can be accepted as definitive which, in some ways, is a pity because for a long time the myth around the kelpie was that it was the progeny of the Scottish collie and a dingo. It was a romantic myth - but, sadly, just not true.

It is impossible not to love a kelpie. To watch them in action with a herd of sheep is to marvel at their intelligence while laughing at their initiative. There are dozens of videos on http://www.wkc.org.au/Photos-&-Videos/Video-Gallery/Yard-Trials/2013/Downside-Yard-Trial-Mar-2013/Default.php. My favourite is Anthony Quinn and Jesse. It shows the remarkable qualities of the kelpie. If you're a dog lover you can watch the videos for hours.

Olive Trees from Garden of Gethsemane
The local Roman Catholic Church, Our Lady Help of Christians, is located in Mithul Street. In recent times the Presbytery has been sold and is now a private dwelling. However in the grounds are two particularly handsome and impressive olive trees which have been grown from cuttings taken from the Garden of Gethsemane in the Holy Land. The local priest was in Palestine during one of the twentieth century wars and took cuttings from olive trees in the garden and replanted them in Ardlethan.

* Prior to European occupation the area was occupied by members of the Wiradjuri language group.

* The settlement came into existence during a very short-lived goldrush to the area in the 19th century.

* Around 1872 Jack Gleeson developed the first kelpie, which was bred from two 'working collies' at Warrock Station near Casterton in Victoria. He brought it to the Ardlethan area shortly afterwards and it was bred with another collie.

* Throughout the 1920s three tin mines operated profitably in the district.

* Electricity reached the town when Tom Baker bought a generator in 1930.

* In 1948 electricity provided by Narrandera Council reached the town.

* In 1961 Ardlethan Tin NL was established. It resulted in 50 new homes being built for miners, a pipe being constructed to bring water from the Murrumbidgee River, and the construction of a modern treatment plant. The town's mining community peaked at around 350 people.

There is no official visitor information centre but the Ardlethan Newsagency at 38 Ariah St - 02 6978 2040 - has tourism information and will help with any enquiries.

The local council website - http://www.coolamonshire.com.au/tourism/our-towns-villages/ardlethan.aspx - has details about accommodation and dining in the town as well as a downloadable tourist map. 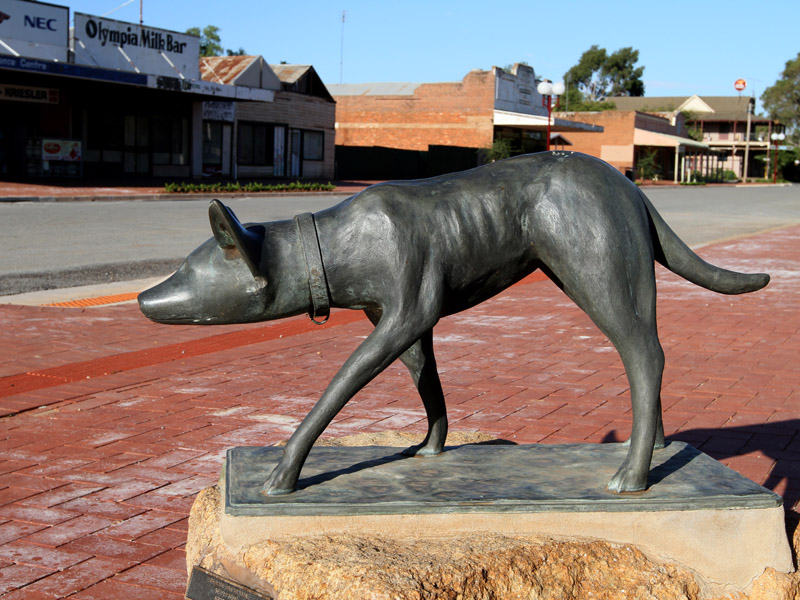 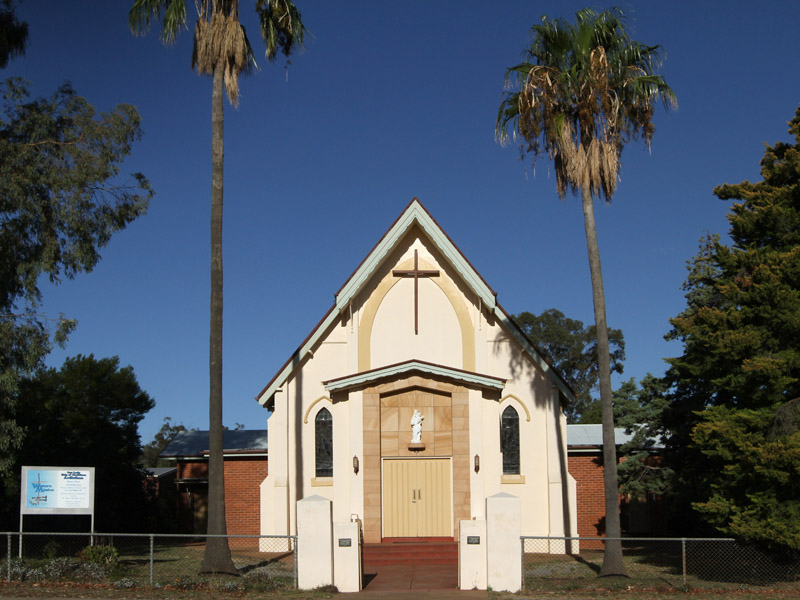 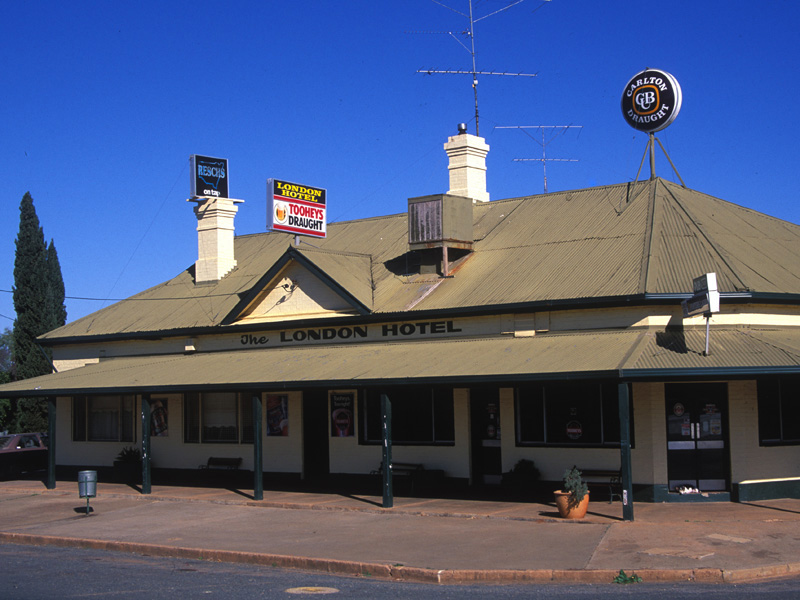