A town of 'bowsers, wowsers and peppercorn trees'

Ariah Park (pronounced 'area') likes to describe itself as a town of 'bowsers, wowsers and peppercorn trees'. There is something delightfully timeless about the town: the wide main street with the tree-lined median strip; the old shops with their verandas; the quietness and peacefulness. The town is listed by the National Trust as a Conservation Area. The original pig featured in the movie, Babe, was born and raised in Ariah Park.

Ariah Park, a quiet town in the Riverina, is located 459 km west of Sydney via the Hume Freeway and the Burley Griffin Way through Harden and Temora. It is 37 km west of Temora.

There are a number of explanations for the name but the most persuasive is that 'ariah' is a Wiradjuri word meaning 'hot and dry' and in 1850 an early settler, John Richard Hardy, named his property Ariah Station. In 1883 another settler named Samuel Harrison moved to the south eastern corner of Ariah Station and named his holding Ariah Park. That name was adopted by the local pub and the village that grew up in the area.

Ariah Park is a 'veranda' town. Many of the buildings in the main street still have their distinctive verandas to protect townsfolk and shoppers from the heat of the Riverina summer. One of the charms of the town is to mooch along the main street admiring the old shops and imagining what life was like in the 1920s when horses and sulkies would have been more common than cars.

* Europeans arrived and settled in the Ariah Park region in 1850. By the 1870s Broken Dam, a small settlement, was established north of the current town.

* the railway arrived in 1906 and changed the town forever.

* the village of Ariah Park was formally gazetted in 1907 and land were sold.

* On 27 September 1916 for the first time in Australia bulk wheat was loaded onto a train. This is celebrated in a monument in the form of a rail truck at the end of the main street. 1916 was also in that year when peppercorn trees were planted in the main street.

* In 1919 wheat silos were built beside the railway line.

There is no visitor information office in Ariah Park. All relevant information about the town can be accessed on the town's website - http://www.ariahpark.com.au.

The town's website - http://www.ariahpark.com.au - provides extensive information on the history of the region as well as dining and accommodation options. 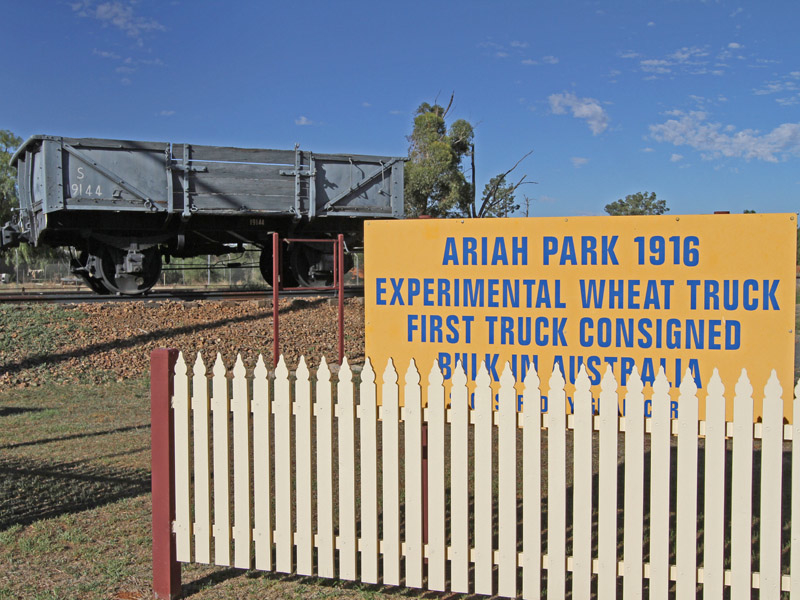 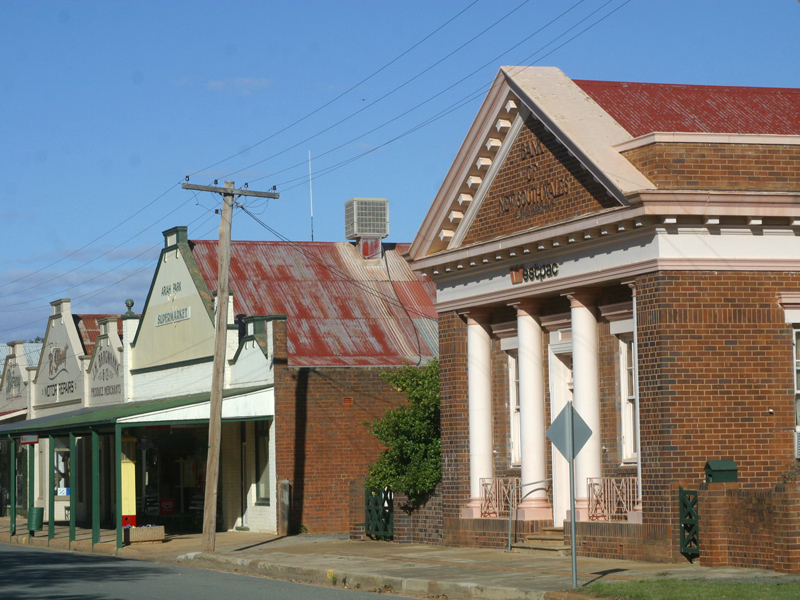