Batlow is a charming, small and sleepy, town which is famous for its apples (Batlow apples are a byword for quality) and cherries. It has always lived in the shadow of the larger, and more prosperous, town of Tumut which is only 32 km to the north. Batlow was once a thriving centre when the local packing house, a place where the fruit from the local orchards was processed, canned and distributed under the Mountain Maid label, was central to the town's prosperity. Today it is a small service centre set in the beautiful low-lying mountains of the New South Wales south-west slopes and surrounded by cold climate orchards which produce apples, pears, cherries, berries and stone fruits.

Batlow is located 446 km south west of Sydney via Tumut and 725m above sea level.

Is it a perk of surveying that you get to leave your name on the places you survey? In the case of Batlow it was originally Reedy Creek but when a surveyor named Mr. Batlow laid out the town's street plan he also gave the settlement his surname.

Batlow - Famous for Apples Brochure
There is a very useful, and downloadable, brochure at http://www.visitbatlow.com.au/f.ashx/2012101101-BatlowBrochure.pdf. It includes extensive information on the town as well as a useful map.

Weemala Lookout and Flora and Fauna Reserve
Cherry Lane is located on the edge of town. It runs off the road to Tumbarumba and leads to Weemala Lookout which provides excellent views over the township and across the hills and valleys to the northern end of the Snowy Mountains.

Cascades Nursery
Located at 1 Forsters Road to the east of the town centre, the Cascades Nursery specializes in cold climate trees and shrubs. The nursery is open by appointment. Their excellent website notes: "Our extensive range varies in size from the smallest through to the biggest of trees. We start at some Maples or the perfumed Wintersweet which grows to only 2 or 3 metres tall. We also offer Lilacs and other Maples reaching 3 to 4 metres tall, and 'Kiwi Sunset' Zelkova and the exquisite Filicifolium Maple at 5 to 6 metres. At 8 to 9 metres, we can provide the ever hardy Robinia and Gleditsia - both perfect shade trees. Our largest are Elms, Oaks and Sequoias for the ultimate 'Big Tree'." For more details contact (02) 6949 1268 or check out http://www.cascadesnursery.com.au.

Fruit Picking Seasons and the Apple Blossom Festival
Between November and May, the Batlow area is alive with fruit pickers and it is possible to buy fresh fruit from roadside stalls and local packing sheds. Cherries are picked in November - December; berries from December to April; peaches in January and February; pears between February and March; and apples from March to May. It is worth noting that the Batlow Apple Blossom Festival is held in the third week of October. Check out http://www.visitbatlow.com.au/batlow-apple-blossom-festival.aspx for details

Bago State Forest and Blowering Dam
An obvious starting point for any exploration of Bago State Forest is to download the map provided by the Forestry Corporation at http://www.forestrycorporation.com.au/__data/assets/pdf_file/0006/556764/bago-state-forest-map.pdf. It includes a comprehensive list of all the visitor-recreation sites, a clear indication of where the Hume and Hovell Walking Track passes through the area, and lists of all the toilet and camping areas. The Bago State Forest, a 43,000 ha forest of soft and hard wood with stands of alpine ash and radiata pine, lies to the south and east of Batlow and dates back to the 1920s. There are a number of pleasant walks and drives through the forest including the Hume and Hovell Lookout (on the Yellowin access road) which has views over the Blowering Valley and Blowering Reservoir. It also clearly identifies the locations of the Sugar Pine Walk and Pilot Hill Arboretum as well as the parks that line the western shore of the Blowering Reservoir. The roads in the State Forest are all unsealed and therefore more suitable in dry weather and for 4WD vehicles.

Pilot Hill Arboretum
Located less than 30 minutes drive from Batlow near the village of Laurel Hill, this arboretum features over fifty different species of hardwood and conifers from around the world, which were planted in the 1920s and 1930s. There are two walking tracks which traverse the arboretum and a forest of alpine ash. The trees are marked with their common and botanical names. There are picnic, barbecue and toilet facilities. Access is via the Bago Forest Way. For more information check out http://www.forestrycorporation.com.au/visit/forests/bago.

Sugar Pine Walk
Batlow declares this one of its best kept secrets. Sugar pines are hugely valuable native trees of North America which were planted in the area in 1928. They are the largest of all the pine trees. There is an excellent stand about 300 metres up Kopsens Road at Laurel Hill on the Batlow to Tumbarumba Road.

* Prior to the arrival of Europeans the Wiradjuri Aborigines had lived in the area for tens of thousands of years.

* In 1824 the explorers Hamilton Hume and William Hovell travelled through the area on their journey to Port Phillip Bay.

* By the early 1830s Thomas Boyd had settled at Windowie, a property north of the town.

* Gold was discovered at Adelong in the early 1850s. It was discovered in the Batlow Valley shortly afterwards and by 1854 a small goldmining settlement appeared. It was known as Reedy Creek .

* Reedy Creek was renamed after a Mr. Batlow, the surveyor who laid out the town's street plan. The primary function of the settlement was to service the surrounding gold mining area.

* By 1855 the first orchards had been planted in the district.

* By 1900 more than 5,000 trees both for orchards and for timber milling had been planted in the district.

* The town was officially proclaimed in 1910.

* In 1927 the town's co-operative packing sheds and cool stores amalgamated to form the Batlow Packing House and Cool Stores Rural Co-operative Limited. This organisation was formed by district growers.

* The area continued to prosper through the 1930s with the introduction of cider manufacturing.

* The Batlow Packing Company provided both U.S. and Australian armed forces with dehydrated fruit and vegetables during World War II.

* In 1942 the first Apple Blossom Festival was held.

* By the 1950s the town had become a major centre for both the soft wood plantations and orchards. There were also experiments with asparagus and sweet corn.

* In 1967 the co-op was renamed Mountain Maid Foods Co-operative.

* By 1978 the co-op was known as the Batlow Fruit Co-operative Ltd.

There is no information centre in the town. The closest is the Tumut Region Visitor Centre, Old Butter Factory, corner of Gocup and Adelong Roads, tel: (02) 6947 7025.

There is a useful local website with information about the town, accommodation and eating. Check out http://www.visitbatlow.com.au. 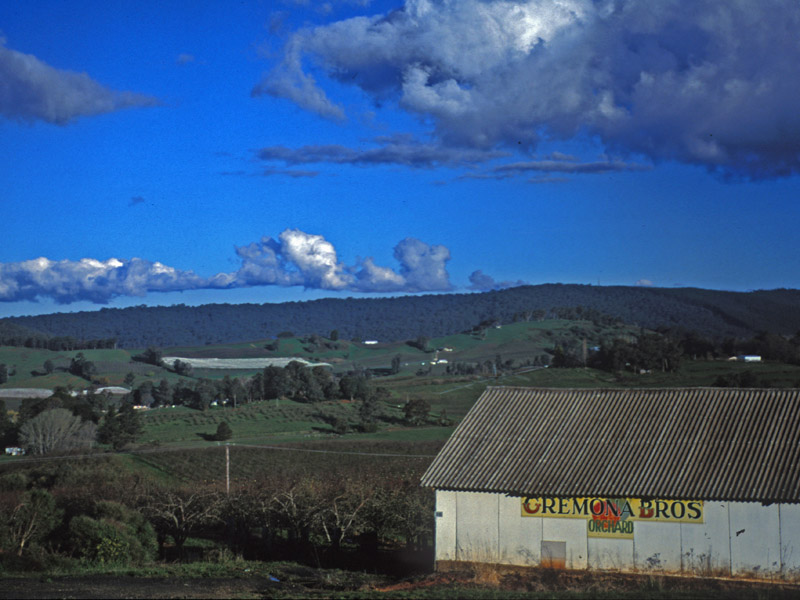 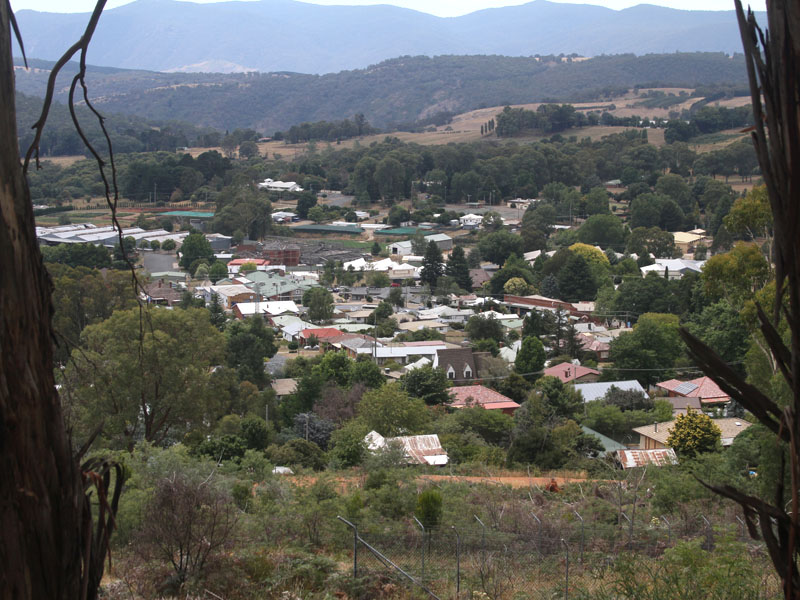 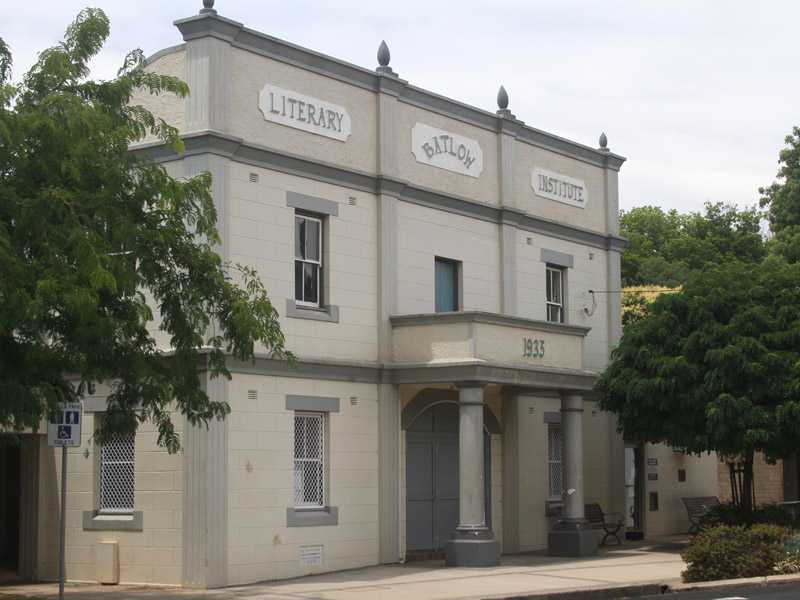 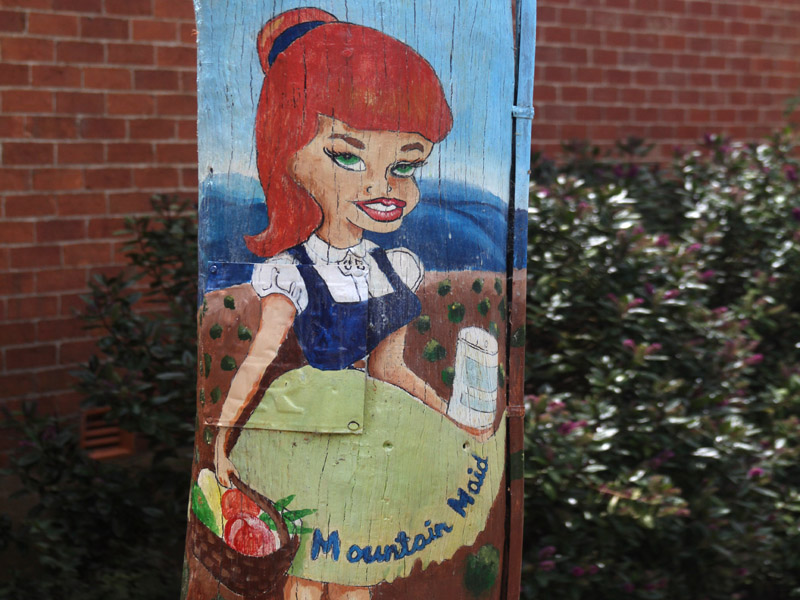 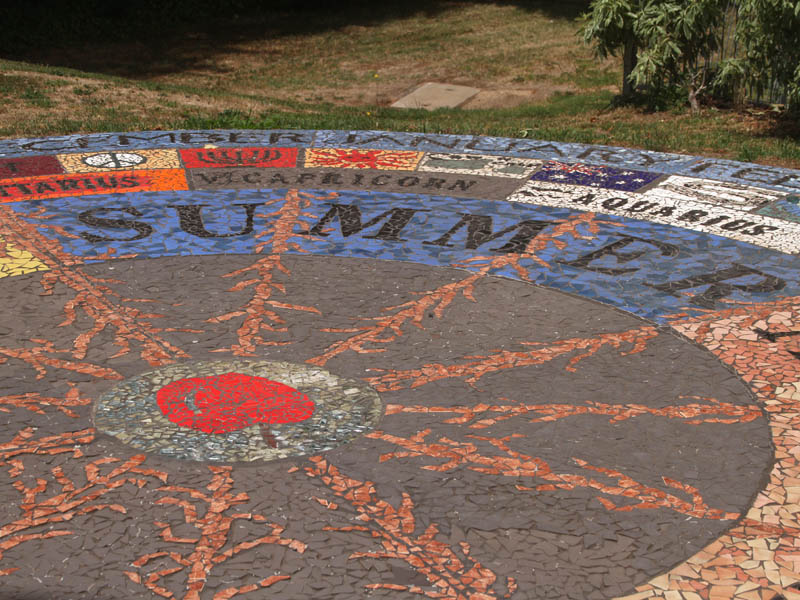