When it comes to good old Aussie cheese, few names resonate quite as strongly as Bega and the nearby cheese-making towns of Kameruka and Bodalla. Today Bega Cheese employs more than 600 people, has absorbed the old dairy cooperatives at Kameruka, Bodalla and Tilba and produces more than 40,000 tonnes of cheese and processed dairy products each year. Bega has been sustained almost entirely by its cheese factory, and the town retains a peaceful, rural atmosphere. As well, it’s surrounded by places of significant historic and cultural importance. No visit to Bega is complete without visiting Tathra, Mimosa Rocks and the charming villages of Cobargo, Tilba Tilba, Central Tilba and Candelo.

Bega, a thriving rural service centre on the South Coast of NSW, is located 425 km south of Sydney via the Princes Highway.

When the Imlay Brothers, some of the earliest settlers in the district, arrived in 1839 they established a property which they named Biggah which is thought to be a Yuin word meaning either "big camping ground" or "beautiful". A few years later the spelling was changed to Bega.

Bega Cheese Heritage Centre
The huge Bega Cheese factory is on the edge of town, with a visitor information centre and a restaurant (cheese, of course, is a mainstay on the menu, along with milkshakes of local milk and Devonshire teas with local cream). Upstairs is an unusual museum, the Bega Cheese Heritage Centre, with displays of historic milk vats, old cream separating equipment, model horses and wagons and other paraphernalia vital for dairy production.

Bega Heritage Walk
A brochure available at the Visitor Information Centre identifies the locations of 17 historic landmarks that can be viewed on a short walk around town. Known as the Bega Heritage Walk, it starts appropriately at the Bega Pioneer Museum, run by the Bega Valley Historical Society. Titled A Walking Tour of Bega's Industrial and Commercial Heritage it is a story of a service town where many of the historic buildings have been replaced with more modern constructions. Thus the local cordial factory, which was established in 1879, is now the Auckland Plaza and Balmain Bros, a motor service which started in 1909 in competition with the stage coaches, is now Betta Electrical, and the impressive King's Theatre, built in 1935 to accommodate a movie audience of 900, is now a furniture store. This is the story of a country town which, apart from cheese, is essentially a service centre for the surrounding farmland. It is constantly evolving with many of the historic buildings being replaced. There is also a particularly useful history of the town with information on a number of important buildings which can be accessed at http://www.sapphirecoast.com.au/site/wp-content/uploads/2013/06/Part-7-The-Towns-Bega.pdf?13eb0b.

Bega Pioneer Museum
The Bega Pioneer Museum, run by the Bega Valley Historical Society, is located in the old Family Hotel (built in 1858-9) at 87 Bega Street. Like many rural museums it is full of esoteric memorabilia covering the industrial, military, transport and domestic history of the town. The two highlights are a collection of more than 200 photographs of the town’s pioneers and a fascinating old horse-drawn ambulance which was subsequently converted into a hawker’s van. The locals love to tell the story of the discovery of thousands of old pound notes in secret wall cavities of the van after it was bequeathed to the museum and was being cleaned for display. The hawker, it seems, had died a very wealthy pauper. Quite accidentally he became a major contributor to the financial success of the museum. The museum has occupied the premises since 1977.

Rosevear Jewellers
Located at 165 Carp Street, Rosevear & Hall Jewellers has an elaborate Victorian shopfront consisting of two curved shop windows with oak panelling on either side of a central door, a fanlight overhead and a chequered marble floor at the entrance. It was rebuilt in 1904 and taken over by Rosevear & Hall in 1910. It is listed on the Register of the National Estate.

Other Significant Historic Buildings
St John's Anglican Church
Located on the corner of Bega and Auckland Streets is St John's Anglican Church (1874) built of brick with stone trimmings. It is positioned on the site of an earlier church dating from 1857 and designed by the noted Colonial Architect Edmund Blacket who was famed for his work on the Quadrangle and Great Hall at the University of Sydney. The roof of the church is of slate with grey box roofing timbers cut on Mumbulla Mountain in Biamanga National Park to the north. Eighteen brass plates commemorate the names of the local men killed in World War I, three at Lone Pine.

Court House
The Court House (1881) at the corner of Carp and Gipps St, was designed by James Barnet, Colonial Architect from 1865 to 1890. It is a plain building of rendered brick with a veranda, timber posts and an attractive, decorative iron railing. It is listed on the National Estate

Bega Valley Lookouts
Located three kilometres north of the town, before the intersection of the Snowy Mountains and Princes Highways, is the Bega Valley Lookout. It offers impressive views over the town and the valley.

Biamanga National Park
Biamanga National Park is located 20 km north of Bega along the Princes Highway. It is an area sacred to the local Yuin people and since 2006 has been jointly managed by the Yuin and National Parks and Wildlife. The park's premier attractions are the inaccessible Mumbulla Mountain, an initiation site for young Aboriginal men, and Mumbulla Creek Falls and lagoon which was historically used by Aborigines to wash off ceremonial ochre and now is a popular swimming and picnic destination. With its beautiful rock pools it is now used as a swimming spot and picnic area. The National Park website notes: "Biamanga conserves an important area of substantially pristine coastal foothill environments, with monkey and ribbon gums clustered around the creekbeds. It also contains the endangered chefs cap correa, an unusual lemon and green flower that looks exactly like its namesake. The shrubs are endemic to NSW and popular with local birds. There are many species of animals in Biamanga, from goannas and eastern water dragons to swamp wallabies and some of the last remaining koalas in the south-eastern corner of NSW. Birds are also plentiful, making this a terrific place for birdwatching enthusiasts. Lyrebirds, azure kingfishers, flycatchers and blue wrens have all been regularly spotted within the park." For more information check out http://www.nationalparks.nsw.gov.au/biamanga-national-park.

Brogo Dam
Located 19 km north of Bega on the Brogo Dam Road is the Brogo Dam (signposted at the highway) which is part of the Wadbilliga National Park. It is a beautiful dam which has picnic and barbecue facilities, a boat-launching ramp and toilets. It is suitable for canoeing and power boats can also be used. The dam is stocked with freshwater bass. It is possible to hire canoes to explore and gain access to remote pockets of bushland. The dam in known for the beauty of its sheer cliffs which overhang the water with rock orchids and ferns. The surrounding bush is home to a diversity of native birds and animals. For more details check out http://www.visitnsw.com/destinations/south-coast/merimbula-and-sapphire-coast/bega/attractions/brogo.

* Prior to European occupation the area around Bega was inhabited by the Dyirringany Aborigines who were part of the Yuin Aboriginal language group.

* The explorer George Bass explored the region after the survivors of the Sydney Cove walked through the area in 1797. Bass sailed up the Bega River as far as Jellat Jellat.

* A drought in the Monaro and around Braidwood saw squatters heading to the coast and moving into the Bega Valley in the late 1820s - early 1830s.

* By the late 1840s the town was known as Bega and the farmers in the district were raising cattle, sheep, corn, fruit and vegetables.

* Bega was laid out and gazetted in 1851. The original location was  north of the present town. Regular flooding resulted in its removal to higher ground south of the river.

* The first town allotments were surveyed in 1854.

* In 1858 the Victoria Hotel opened for business. The Family Hotel followed a year later.

* The Tathra wharf opened in 1862 leading to a dramatic increase in the sale of local produce on the Sydney markets.

* The Crown Land Acts of the 1860s resulted in the valley being opened up to independent farmers. This led to an increase in dairying and especially the cheese-making.

* In 1864 James Manning, manager of the Twofold Bay Pastoral Association, moved to 'Wanagabra' near Bega. He was responsible for introducing American cheese-making methods to the valley.

* In 1868 a telegraph line from Bega to Sydney was established.

* In 1885 Bega became the first town in New South Wales to open a municipal gasworks.

* By the late 1890s the Bega Co-operative Ltd was established. 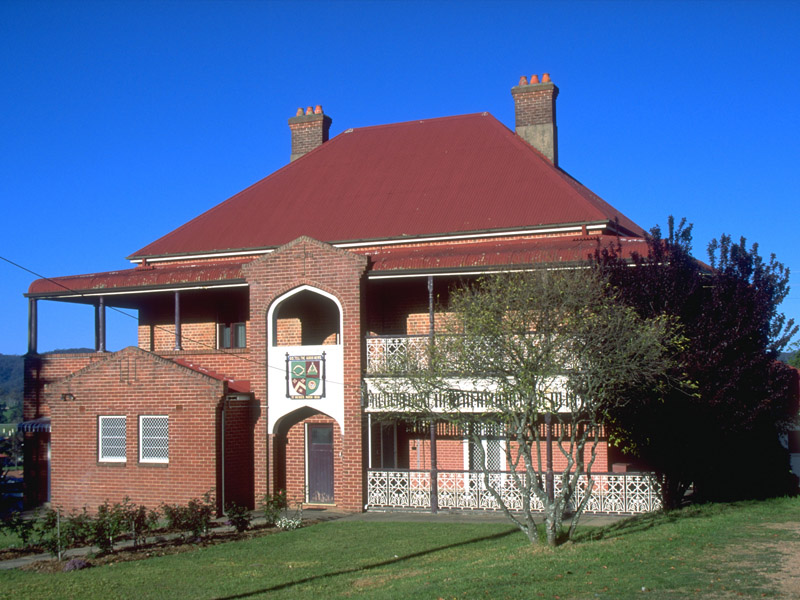 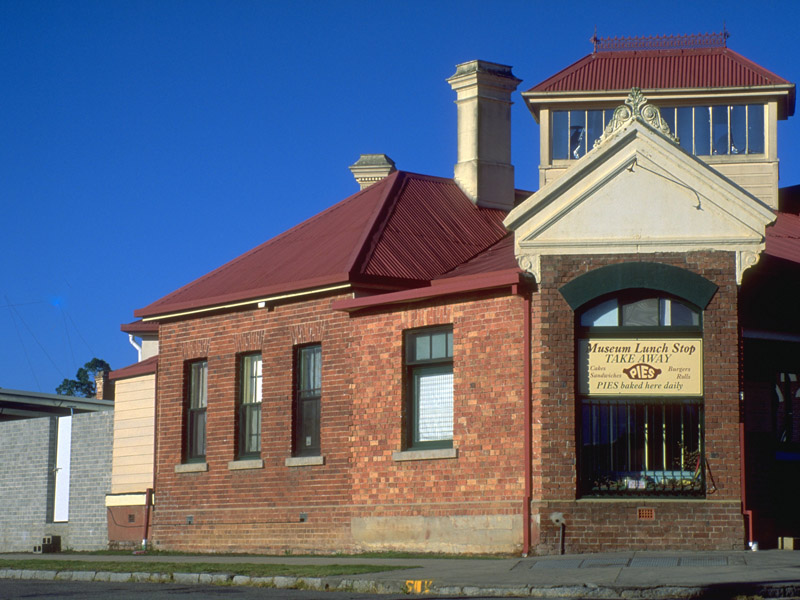 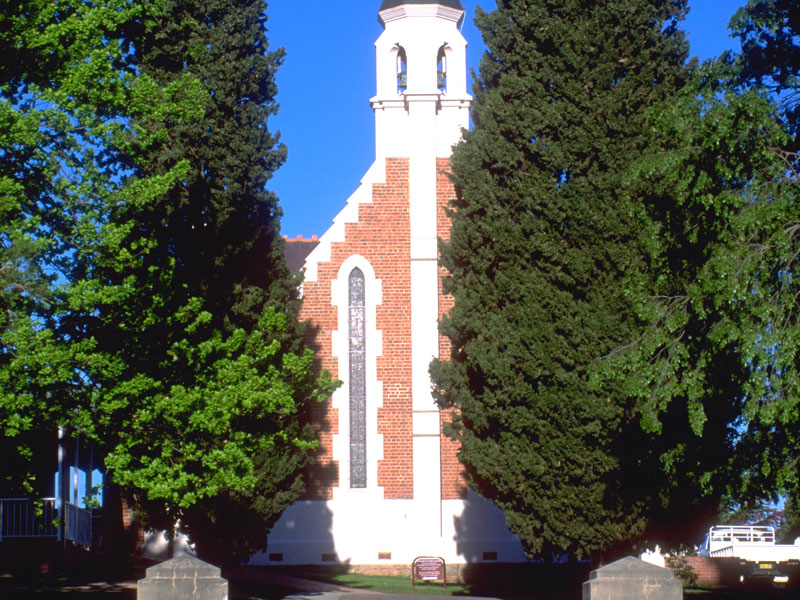 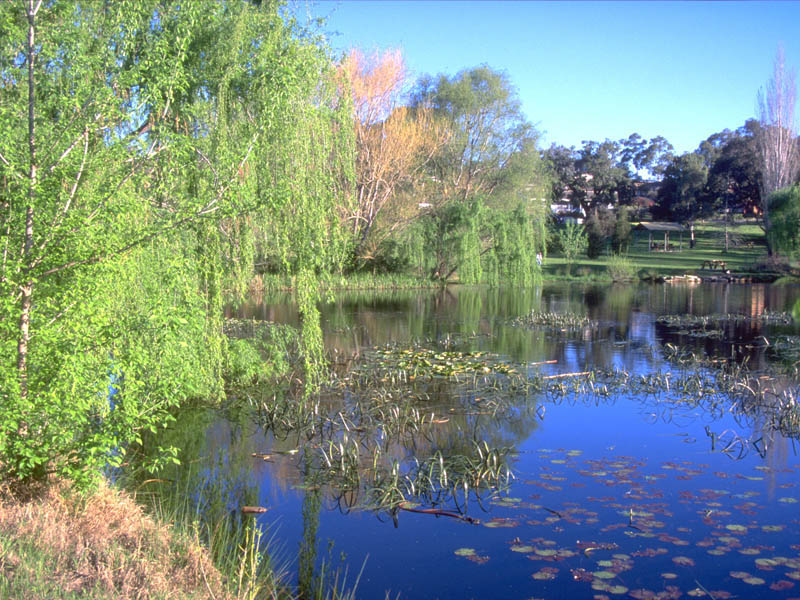