Historic gold mining town infamous as the site of the Myall Creek Massacre.

Bingara is a quiet, historic, gold and diamond-mining town set in the Gwydir River Valley. Surrounded by cypress-covered mountains it is a popular with anglers and fossickers. Gold, sapphires and tourmalines are still occasionally found in the river and local creeks. The district is known for its fine wool, beef cattle and mixed farming. The town attracts people interested in the horrific story of the Myall Creek Massacre and those interested in the history of Greek cafes and cinemas in regional New South Wales.

Bingara is 295 m above sea-level, 552 km north of Sydney  via Scone and Tamworth.

The district was explored in the late 1820s and the first squatter, George Hall, called his run 'Bingera' believing that it was a Kamilaroi Aboriginal word for "creek" or "shallow river crossing".

Bingara Historical Society Museum
The town's local history museum, at 16 Maitland St, is the Post Office Hotel and a number of other surrounding buildings. The Post Office Hotel is thought to be the town's first inn and certainly the oldest surviving structure in town. It was built in 1860 of pit-sawn and hand-adzed slabs of cypress on a log floor and retains its original roof of imported puddling iron. It was occupied continuously from 1860-1970 although after World War I it was a private home. As a museum it has been preserved as an historic private home. The museum also includes a working smithy where Captain Thunderbolt regularly had his horse shod; the small Boondi school; as well as gems, minerals, photographs and furniture. It is open from 9.00 am - 1.00 pm on Tuesdays and Wednesdays and other times by appointment. There is a list of people who can be called at http://www.bingara.com.au/index.cfm?page_id=1047. Try Russell Reading on 042 918 033.

Bingara's Oranges and the Bingara Orange Festival
There are orange trees which line Finch Street and stretch around the Gwydir Oval. They were originally planted as a living memorial to the men from Bingara who died in World War I and II. They are harvested on one day each year by the children from the local schools. The harvest is then given to people in hospital and the old people's home. Such is the community respect for the trees that there is an annual Bingara Orange Festival. Check out the details at http://www.bingara.com.au/index.cfm?page_id=1283&page_name=Bingara%20Orange%20Festival.

Heritage Buildings
It is worthwhile walking down the main street not because the buildings are particularly impressive but because Bingara is a fine example of how a small town can put its best foot forward. Most of the buildings date from the 1880s and 1890s and the obvious highlight is the redecorated Roxy Theatre, an art deco wonderland dating from 1936. The brick Court House and lock-up keeper's residence were erected in 1879. The courthouse has an interesting decorative element on the facade. Other heritage buildings include the 1882 police station and residence, the Royal Mail Booking Office (1882) - next to the ambulance station in Maitland St - the Anglican Church (1889), the Bingara Central primary school (1899), St Andrews Presbyterian (now Uniting) Church (1904) on Cunningham Street, St Mary's Catholic Church (1906) and the Imperial Hotel (built as the Gwydir prior to 1889) which has some particularly attractive lacework on the upstairs balcony.

The Roxy Complex
With its beautifully preserved art deco facade, the 1936 Roxy Theatre is the architectural highlight of the town. The story, told in great detail at http://www.roxybingara.com.au/roxy-history, is of three young men from Kythera - Peter Feros, Emanuel Aroney and George Psaltis - who arrived in Bingara in the 1920s, set up a cafe and, by 1936, were ready to build "a brand new modern café that would seat 140 patrons; three independent shops facing the main street that could be leased to ensure the financial viability of the building; a guesthouse to accommodate Roxy patrons, and at its heart, a cinema that would be 'the most modern theatre outside of the city.'” Sadly there was another cinema in town and the competition was so fierce, and the debts so huge, that by September, 1936 the three partners were declared bankrupt. They had built an iconic building only to see their dreams shattered by savage competition. The Roxy Theatre continued to operate, but not with the Greeks running it, until 1958 when it closed. In 1999 the Bingara Shire Council purchased the complex and began to restore all the components. It was reopened in 2004 and today "operates as a multipurpose cinema, performing arts venue and function centre that includes a variety of conferences, seminars, weddings and private functions. It also houses the Bingara Tourist Information Centre and is open to the general public for tours. Above all, it belongs to the community and is accessed by the community for numerous events and activities." In 2009 the local shire received a $750,000 grant to restore the Roxy Cafe. Today it is a museum celebrating Greek immigration to rural Australia. It was officially opened in 2011. Check out the entire site at http://www.roxybingara.com.au. Tours of the building are at 10.30 am and 2.30 pm.

All Nations Stamper Battery
The All Nations Gold Mine, at the southern end of town, was established around 1860 and continued to operate until 1948. It was the last gold mine in the district to close. It developed into a large underground mine, operating at four levels in two shafts (the deepest being 100 m). It is situated at the top of Hill Street. All that remains is the ten-headed stamper battery.

Batterham Lookout
The Batterham Lookout (259 m) is located on the outskirts of town just off the Keera Road. The road to the lookout is very steep. There are picnic-barbecue facilities and excellent views of the town and river valley.

Myall Creek Memorial and the Myall Creek Massacre
The Myall Creek Massacre Memorial site is located 24 km north-east of Bingara via the Fossickers Way and the Delunga-Ashford Road. It was opened on June 10, 2000 and, although a very simple monument positioned on the hill above where the massacre took place, it is a powerful reminder of the early, bloody history of Australia. The location is quite haunting and the memorial stones create a strong and haunting impression of the events of 1838.
"The Memorial consists of a large granite boulder with a plaque, erected on a hill overlooking the site of the massacre at Myall Creek. The path winding up to the monument has seven smaller rocks each containing some of the story, with a seat opposite each rock ... The Memorial brought together the descendants of the victims, survivors and perpetrators of the violence in an act of reconciliation which had implications for the whole community. On 10th June each year a commemoration ceremony is held at the site."
I wrote at great length about the massacre in my book Blood on the Wattle and it remains a careful account of exactly what happened. Here is a truncated version: In 1838 eleven white men rounded up and murdered at least 28 Aboriginal men, women and children at Myall Creek. The murderers later claimed that the Aborigines had been involved in cattle rustling but there was no evidence to this effect. Indeed they had been a peaceful group who had had good relations with the locals and particularly with the shepherd who eventually reported the massacre to the authorities.
The members of the posse eventually confessed, asserting, that they thought killing Aborigines was not illegal. They believed they were acting heroically and with community support and public response to their punishment indicated that this was indeed the case. Eleven were initially tried in the Supreme Court in Sydney on 15 November, 1838. The evidence was overwhelming but it took the jury only 15 minutes to acquit the men. Governor Gipps was so outraged by this obvious flaunting of the law that he demanded they be retried. Seven were retried and hanged on 18 December, 1838; this being the first time whites had been punished for such crimes. It has become famous because it is one of the very few incidents in early Australian history where we have an accurate record of events. The unintended consequence was that the frontier went silent. The killings continued but they were never reported.

Rocky Creek
Located 37 km south-west along the road to Narrabri is Rocky Creek Gorge and 'Glacial Area' . It is a site a picturesque site where glaciation took place some 290 million years ago during the Carboniferous Period. If you look at the landscape around the creek carefully you will notice it is made up of many different sizes and types of stones, all cemented together in a matrix of finer gravels, sand and clay. It is a fluvio-glacial conglomerate formed when the material carried by the glacier is deposited as the glacier retreats. The pools are ideal for swimming and the area has limited camping and picnic facilities. There is a more detailed information leaflet available at the Visitor Information Centre in Bingara. Check out http://www.visitnarrabri.com.au/index.cfm?page_id=1054&page_name=rocky%20creek%20glacial%20area.

Fossicking
It is claimed that gold, jasper, garnets, sapphires, petrified wood, fossils and tourmalines can still be found in the district with Whitlow Road, Borah Creek, Keera Road and Ruby Hill all being popular places. The local Visitor Information Centre can help suggest suitable places. Check out http://www.bingara.com.au/index.cfm?page_id=1026 for more information.

* Prior to European settlement the district was occupied by members of the Kamilaroi Aboriginal language group.

* On 21 May, 1827, explorer and botanist Allan Cunningham and his six colleagues, 11 horses and some dogs, crossed the Gwydir River (which he thought was the Peel) at Bingara. After camping beside the River they continued their journey northwards camping on the banks of Reedy Creek near Warialda on the night of May 23.

* The first squatter in the area was George Hall who established the 'Bingera' run c.1834. The name was an indigenous one said to mean 'creek' or 'shallow crossing'.

* The town of Bingara was founded c.1840. Settlement initially occurred on both sides of the river though the northern bank was subsequently abandoned.

* Gold was discovered in the area in 1851 with the Upper Bingera goldfields established in 1852.

* The Bingera townsite was surveyed in 1852.

* The first store in the settlement was established in 1854.

* Upper Bingera developed more rapidly and had a populatlon of 1,905 by 1861. At that time Bingera had only 90 residents.

* The All Nations Gold Mine was established at the southern end of Bingera in 1868. It operated intermittently until 1907.

* The settlement prospered when diamonds were found 15 km west of Bingera in 1872.

* In 1882 the Roman Catholic parish of Bingara was established. It extended from the Queensland border to Barraba.

* The town's first Catholic Church was built in 1872 and the first Anglican Church in 1875.

* A flour mill and sawmill were established in 1881.

* Bingara became a municipality in 1889. The spelling changed from 'Bingera' to 'Bingara' to avoid confusion with Bingera in Queensland.

* Today the Bingara diamond mine is the third most successful in the country after the Argyle mine in Western Australia and the mine at Copeton near Inverell.

There is an excellent local website. Check out http://www.bingara.com.au. 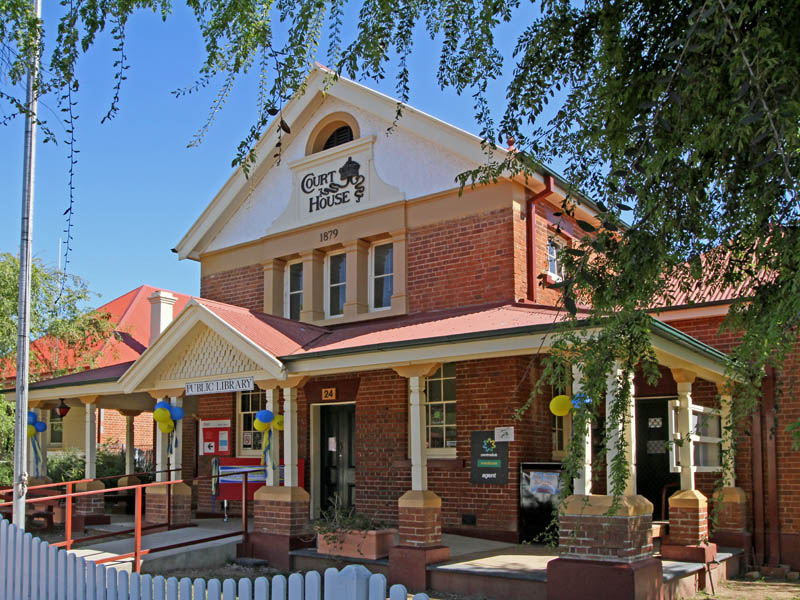 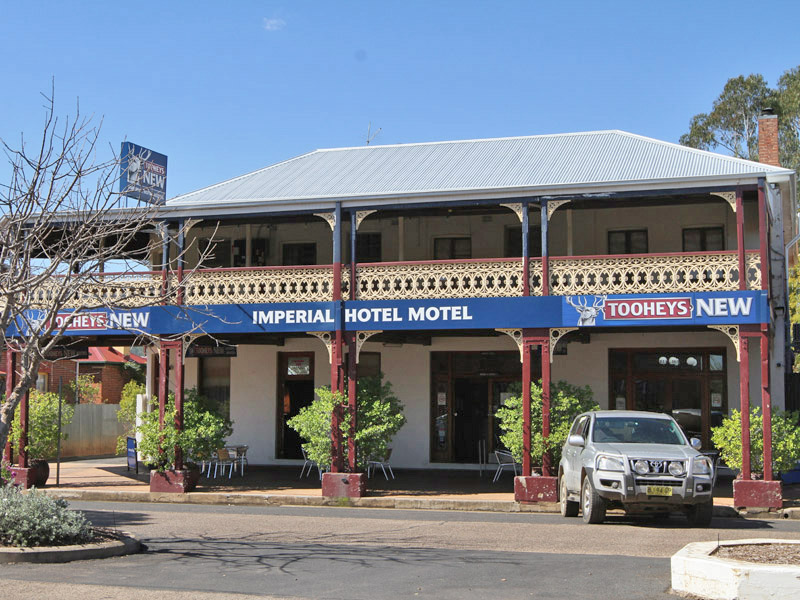 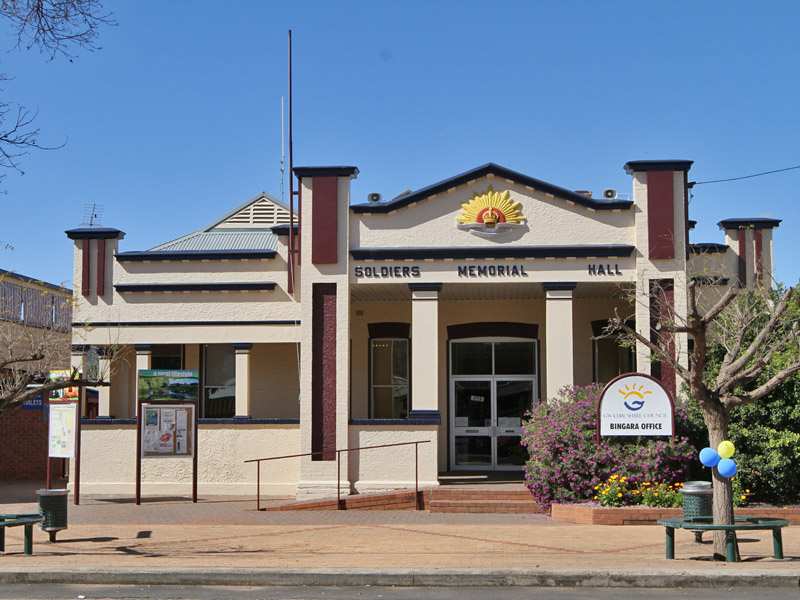 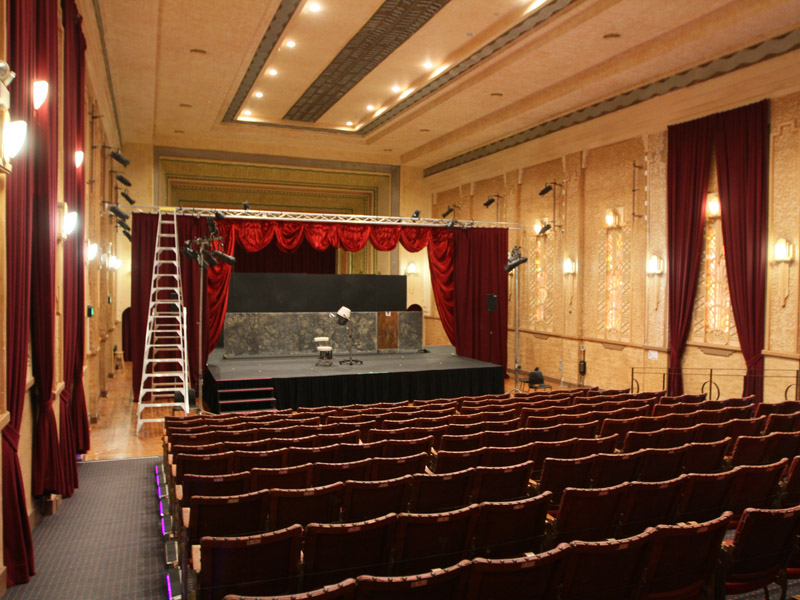 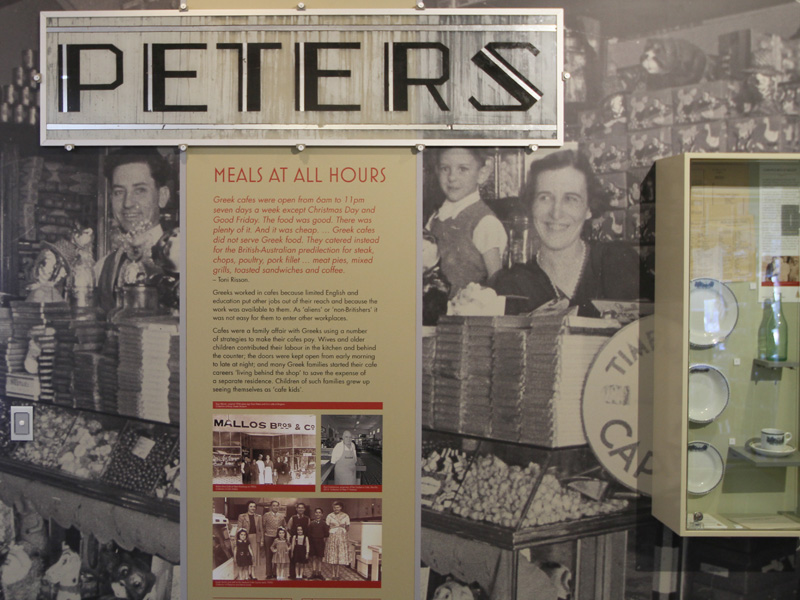 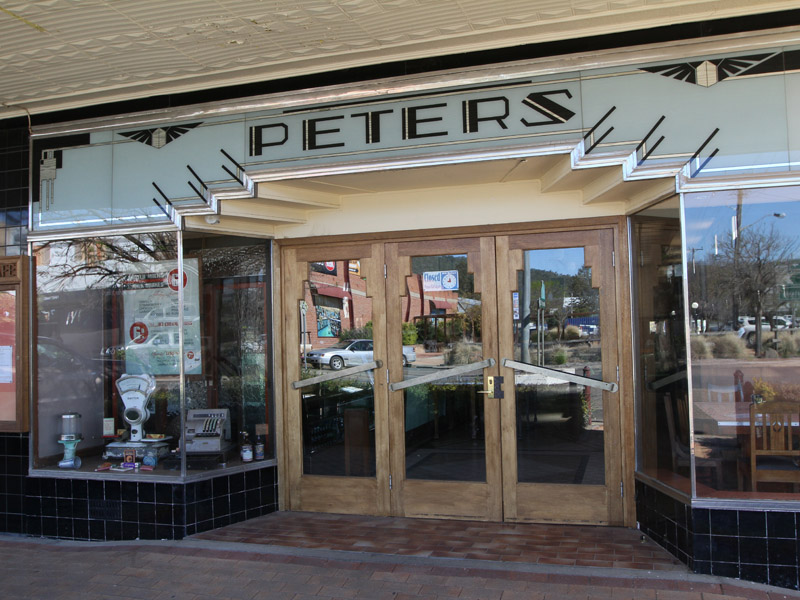 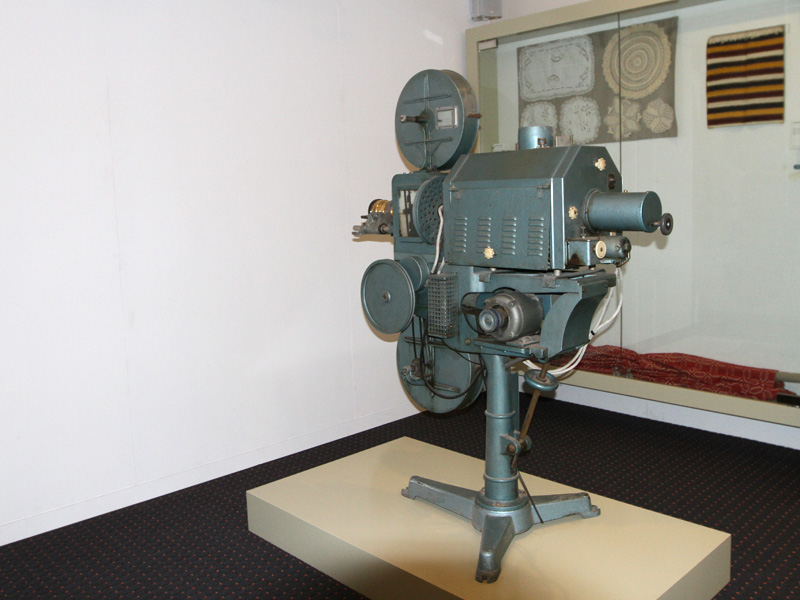 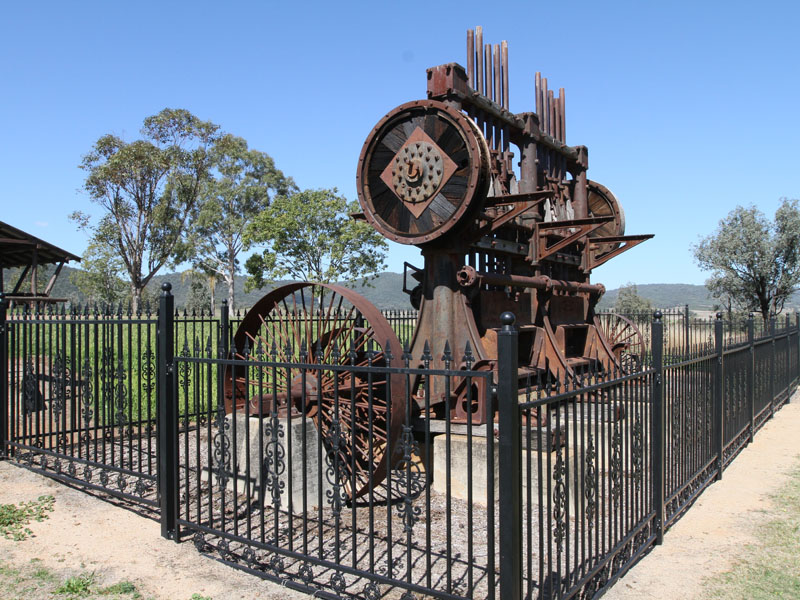 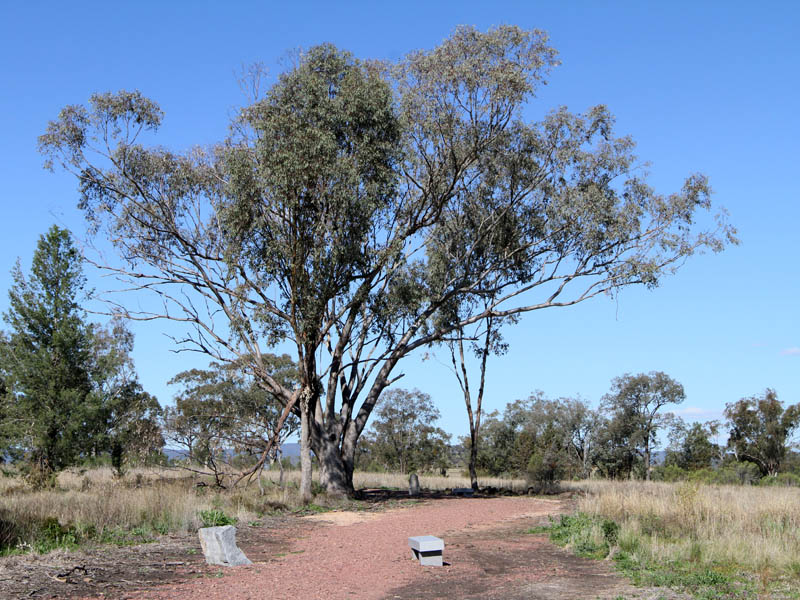 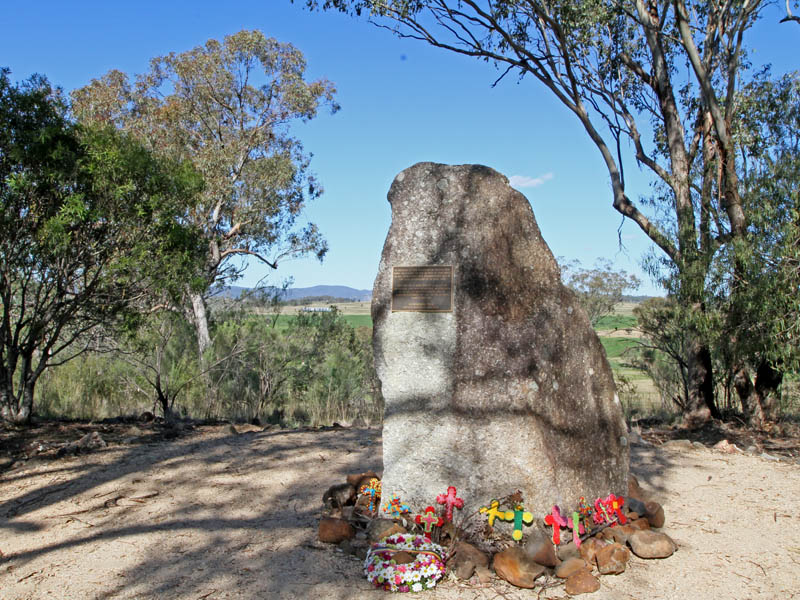 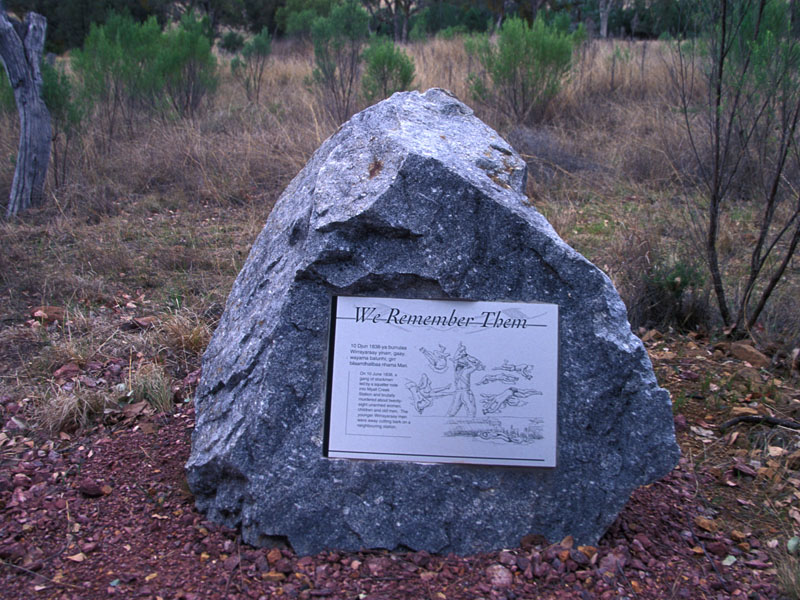