Boulia is a tiny settlement on the edge of the desert. It is the administrative centre for the Boulia Shire Council which covers an area of 61,176 sq. km "of rugged landscape, open Mitchell grass downs and channel country which is noted for being one of the best Australian natural wool/beef producing country" as the Mayor of Boulia puts it. This is a true outback experience.

The name of the town means either 'waterhole' or 'clear water' in the language of the local Pitta Pitta Aborigines.

What are the Min Min Lights?
Boulia's is famous for its connections with the mysterious Min Min lights. No-one has been able to explain the phenomenon but there have been sightings for nearly a century and even sceptics are convinced that the phenomenon really exists.
What are the Min Min Lights? The Min Min lights first appeared near the site of the old Min Min Hotel which is located 73 km east of Boulia at the junction of the roads from McKinlay and Winton. The old hotel is now a ruin. It burned down in 1918 and shortly after a stockman was followed by a hovering light on his journey to Boulia. The light often appears just after dark and is said to be similar to a car headlight except that it manifests itself as a small ball and often follows a traveller for some kilometres before disappearing into the darkness. Among the many rumours associated with the light is the suggestion that anyone who chases it and catches it will disappear.

Min Min Encounter Show
The Min Min Encounter show combines animatronics, fibre optics and electronics to replicate the experience of seeing the Min Min lights. The 45 minute show introduces visitors to the stories of the Min Min Light told by people who claim to have seen the mysterious light. It is open from 8.45 am - 5.00 pm seven days a week from April to September and Monday to Friday from October to March. Check out http://www.boulia.qld.gov.au/min-min-encounter-show or tel: (07) 4746 3386.

Boulia Stone House Museum
The Old Stone House on the corner of Pituri and Hamilton Streets has been listed by the National Trust as a building of historic importance. It is one of the earliest buildings in Western Queensland (it was completed in 1884) and was designed to keep out the harsh heat of summer. It was built out of local stone which was bonded together with a mortar made from a mixture of limestone, gidyea ash and sand. The iron for the roof was brought from Hughenden and the timber for the floor was brought from the Diamantina River over 200 km away. The Heritage Register describes the construction of the building as "The external walls of the house are of local sandstone and limestone with lime mortar weathered by the red sand. The stonework is laid as random rubble to courses, and squared at edges and openings. The cottage has a core of four stone rooms, with a timber kitchen and enclosed verandah extending to the rear between stone blade walls. The hipped corrugated iron roof features ridge cappings of corrugated sheet beaten flat. There is an open verandah to the front of the house, paved in stone similar to the walls."
Now a museum, it has some particularly interesting Aboriginal artefacts including a very unusual headpiece which was worn by Aboriginal women in mourning. If the museum is unattended contact the Council Offices. The neat modern council offices stand in sharp contrast to the Stone House with its harsh irregularities. For more detailed information check out Queensland Heritage at https://environment.ehp.qld.gov.au/heritage-register/detail/?id=600039.

The Red Stump
Located in Herbert Street with an amusing warning, the Red Stump "is a sign that you are as far out as you can go in Queensland, and if you go any further you will come out the other side. The stump itself is formed of petrified wood which was once the trunk of a tree growing on the banks of the Burke River. The red in the stump is used to give warning - that to the west of Boulia lies the vast Simpson Desert, which will be covered in wild flowers in the spring if winter rain has fallen, but can spell disaster if adequate care is not taken to carry ample fuel, food and water in this land of the Great Outback."

The Elusive Night Parrot
Boulia was in the news in October, 1990 when an elusive night parrot was found dead beside the road about 35 km north of the township. The unusual bird was first sighted by Europeans in 1845 when John Harris Browne, a member of Charles Sturt's expedition into central Australia, reported and recorded its existence. Long thought to be extinct, the dead bird was spotted by Walter Boles from the Australian Museum. In total only 23 of the birds have ever been captured or collected. The first was shot by John McDouall Stuart during Sturt's 1844-46 expedition.

* Prior to the arrival of Europeans the area was home to the Pitta Pitta Aboriginal people.

* The first Europeans to pass through the area were the ill-fated Burke and Wills in 1861.

* A kind of town was first settled in 1876. It was at the western limit of pastoral land and was nothing more than a collection of tents.

* By 1879 there was a store at a waterhole. This was the beginning of the town.

* Only the lands in the north-west gulf area were unoccupied by the end of the 1870s and Boulia was the last outpost.

* The land was surveyed in 1882 by Government Surveyor Hartnell.

* By the late 1880s the town was the administrative centre for the far northwest of Queensland with a court house, police barracks and post office.

* The Min Min Hotel burned down in 1918 and shortly after that a stockman was followed by a light on his journey to Boulia.

* In October 1990 a night parrot, thought to be extinct, was found dead beside the road about 35 km north of the township.

* In 2005 palaeotologists from the South Australian Museum found fossils of turtles estimated to be 110 million years old.

* In 2012 66 parcels of land near Boulia were recognised as land owned by the Pitta Pitta people under Native Title legislation.

The Boulia Council website - http://www.boulia.qld.gov.au - has detailed entries relating to Tourism and History. 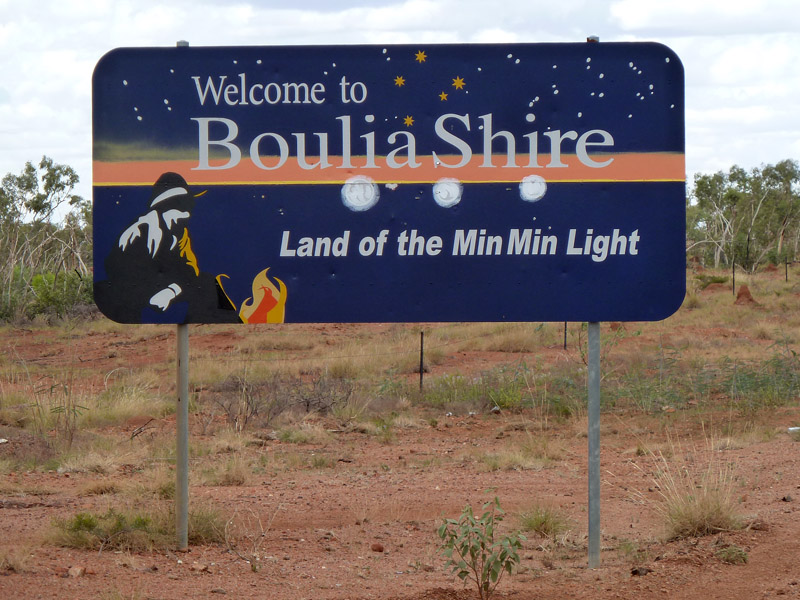 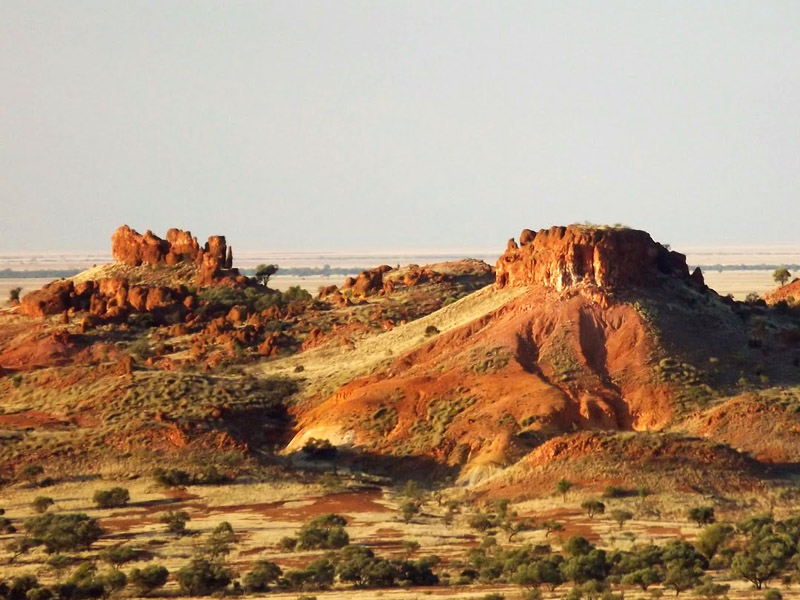