Largest and most important port on Tasmania's North Coast.

Devonport is the largest port on Tasmania's north coast. Its importance, particularly for visitors from the mainland, is that it is the port for the Spirit of Tasmania car ferry from Melbourne and consequently is known as "The Gateway to Tasmania". The fertile district around Devonport is known as "Australia's market garden". It is known for its mild summers and cool, moist winters which help to produce nearly half of Tasmania's vegetables notably onions, potatoes, peas, carrots and beans.

Devonport is located at the mouth of the Mersey River 100 km north-west of Launceston, 279 km north of Hobart and 459 km south of Melbourne by ferry.

Mersey Bluff
Part of the "Created from Chaos - Geological Trail" which stretches along the coastline, Mersey Bluff is a headland of dolerite volcanic rock from the Jurassic Age (185 million years ago) with the rock formed as a sill intrusion. The rock cooled creating joints and fractures with some joints providing very flat surfaces which were popular with Aborigines as both places to sit and to carve.

Mersey Bluff Lighthouse
The Mersey Bluff Lighthouse was built of bricks on a stone base in 1889 by T & R. Duff at a cost of £1,559. It was first manned and lit by kerosene on 2 August, 1889, automated to gas in 1920 and changed to electricity in 1952. The tower height is 16 metres and it is 32 metres above sea level. It has a range of 27 km and an intensity of 43,800 candella. It was connected to the town water supply in 1901. Lighthouse experts see it as unusual with its distinctive vertical red striped day mark. For more information check out http://www.lighthouse.net.au/lights/tas/Mersey%20Bluff/Mersey%20Bluff.htm.

Tiagarra
Tiagarra (a Tommeginne word meaning 'keep' or 'keeping place') is located on Mersey Bluff. Sadly the building is closed but this does not stop visitors from exploring the rock carvings and middens that still exist on the Bluff. The challenge is to identify each of the sites. Fortunately there is a hand drawn map on the front door of the Art Centre which points out 12 places of interest on a short walk where the observant visitor can see carvings of abalone, crayfish, periwinkles, an emu and a seal as well as two midden sites. Tiagarra is one of the few Tasmanian sites where Aboriginal rock carvings are still well preserved. The carvings were discovered by a local school teacher in 1929 and the site was protected shortly afterwards. The Tiagarra Art Centre was opened by Sir Douglas Nicholls in 1976 and has been closed for some time.

Don River Railway
The Don River Railway, owned and operated by volunteers from the Van Diemen Light Railway Society Inc., is located on the banks of the Don River to the west of Devonport. Open daily with trains running hourly from 10.00 am - 4.00 pm it offers a short train ride along the Don River to Coles Beach. It also includes a huge collection of old steam locomotives and passenger carriages which dates from 1879-1951. The collection is reputedly the largest in Tasmania.

The Don River Tramway was built in 1854 to transport timber from the Don River valley. The present railway uses a section of line built in 1916 by BHP to carry limestone from quarries at Melrose to the port. This railway continued to operate until 1963. For more information tel: (03) 6424 6335 or check out http://www.donriverrailway.com.au/.

Home Hill
Located at 77 Middle Road, Home Hill, the home of Dame Enid and Joseph Lyons, is a modest timber building with gracious gardens and large mature trees. The National Trust brochure describes the building: "The house was built ... in 1916, one year after their marriage, and except for a period of five years it remained their home for the rest of their lives. The house and grounds are now owned by the City of Devonport and the contents by the National Trust. Joseph Lyons was Premier of Tasmania from 1923 to 1928. In 1929 he entered Federal Parliament and from 1932 till 1939 was Prime Minister of Australia. He died in office in 1939. He is the only Tasmanian to have been Prime Minister and the only Australian to have been both Premier of his State and the Prime Minister of the Commonwealth. Dame Enid Lyons was elected in 1943 and became the first woman member of the House of Representatives. In 1949 she was sworn-in as the first woman Federal Minister of the Crown. Dame Enid retired from Parliament in 1951 because of ill-health. Home Hill is as Dame Enid left it and contains many interesting and historic mementoes of the life of a Prime Minister." Home Hill offers guided tours at 2.00 pm from Wednesday to Sunday. For all enquiries tel: (03) 6424 8055.

Bass Strait Maritime Museum
Located at 6 Gloucester Avenue, West Devonport the Bass Strait Maritime Museum encompasses natural history, European exploration, shipwrecks and has extensive and interesting displays of maritime memorabilia with an emphasis on the city's maritime history. It is known for its superb model ships including the four-masted barque Lawhill. The newly restored Julie Burgess ketch, an old Bass Strait fishing vessel, offers two hour sailings each Wednesday and Sunday. The Maritime Centre is open seven days from 10.00 am - 5.00 pm.  Tel: (03) 6424 7100 or check out http://bassstraitmaritimecentre.com.au/.

Tasmanian Arboretum
Located 10 km south of Devonport and described as "Here is the world's largest collection of Tasmanian living woody plants; Southern Hemisphere Conifers and plants from northern hemisphere forests, in an extensive park", the Tasmanian Arboretum was founded in 1984 on 47 ha. It is now 66 ha with trees and shrubs planted in groups according to their geographical origins. There are  walking tracks to various picturesque locations including some beautiful waterfalls. It is open 9.00 am to sunset and entry is by donation. Check out tel: (03) 6427 2690 or http://www.tasmanianarboretum.org.au/.

* The first explorers into the area reached the Mersey River as early as 1823. Reports were not favourable with one explorer noting that the land was "mountainous, extremely barren and totally unfit for habitation".

* The arrival of the Van Diemen's Land Company in 1826 resulted in the district being explored and surveyed. Settlers began to arrive later that year.

* The local Aborigines resisted settlement. This culminated in the killing of Captain Bartholomew Boyle Thomas, the district's first settler, in 1829.

* The tiny settlement of Torquay was established on the east bank of the Mersey River in 1851.

* A settlement named Formby was laid out on the west side of the Mersey River in 1853.

* The port facilities - a store, wharf and warning beacons as well as the Don Railway - had been completed by 1854.

* Throughout the 1850s the port was used by timber cutters and boat builders. There was also some coal mining in the area.

* Prior to 1860 the only way to cross the Mersey was by boat or swimming.

* In 1860 a rough log bridge was built upstream at the village of Latrobe. Eventually a ferry plied the river.

* The railway from Launceston reached Devonport in 1885.

* The Devonport Town Board was formed on 11 February 1890 when Formby and Torquay amalgamated.

* The port's lighthouse, now part of the National Estate, was completed in 1899. It still stands on Mersey Bluff.

* It wasn't until 1902 that a bridge was finally built across the river.

* Devonport Municipal Council was formed in 1908.

There is a good local website - http://www.devonporttasmania.travel - which offers detailed information on eating and accommodation in the city. 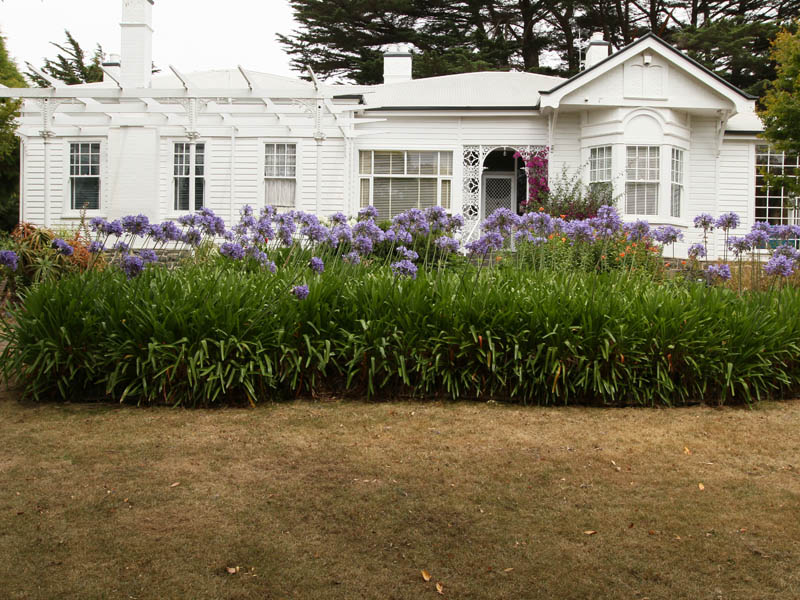 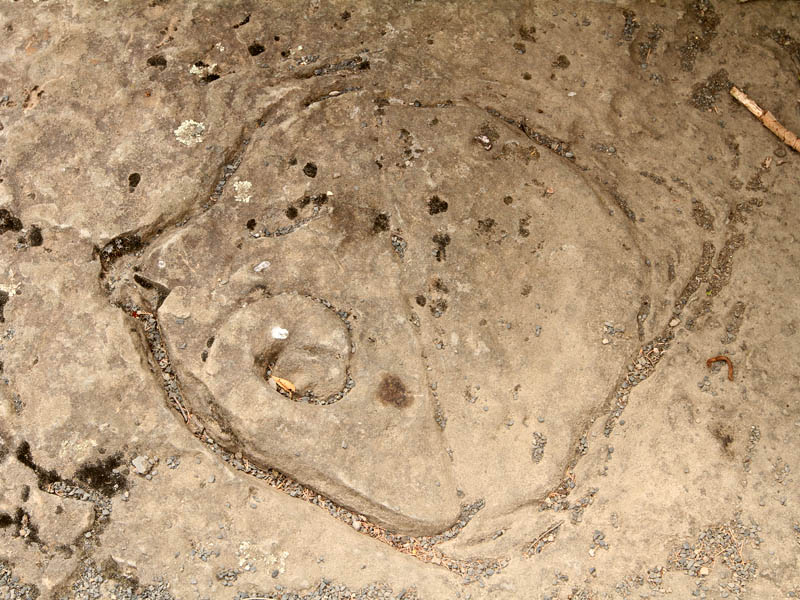 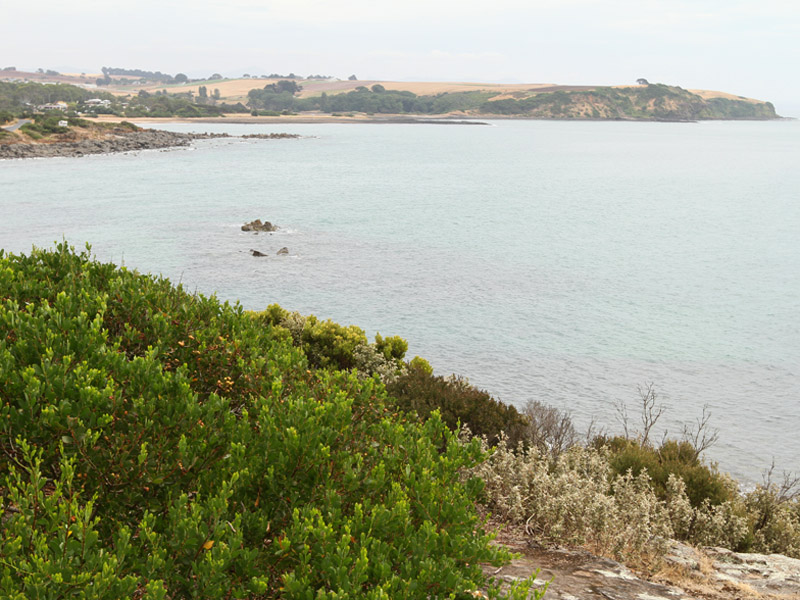 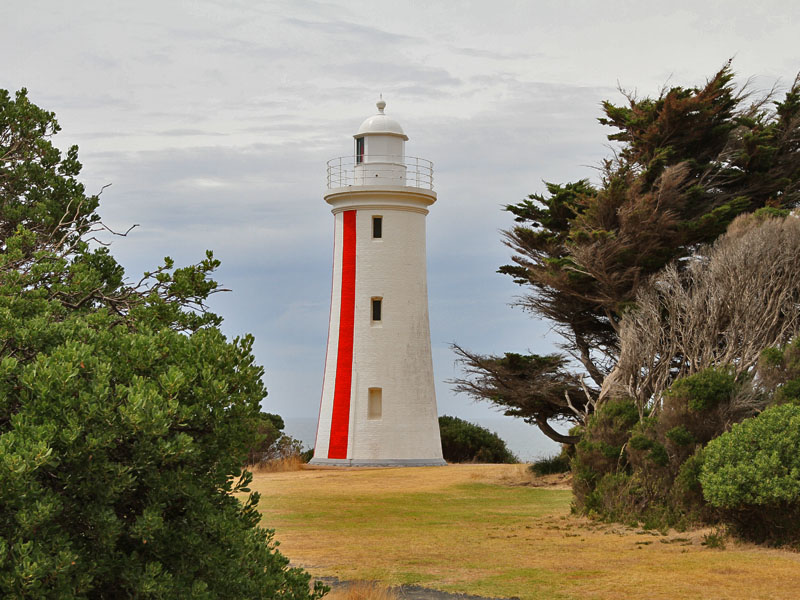 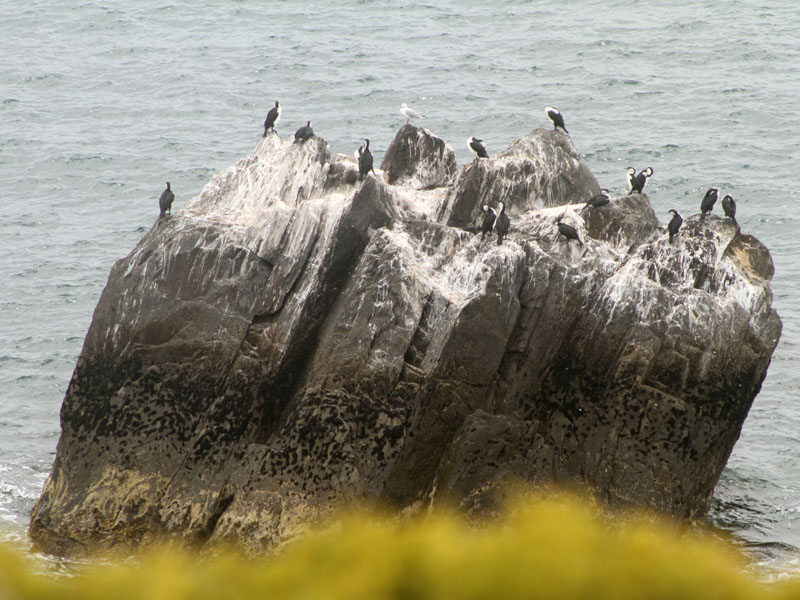 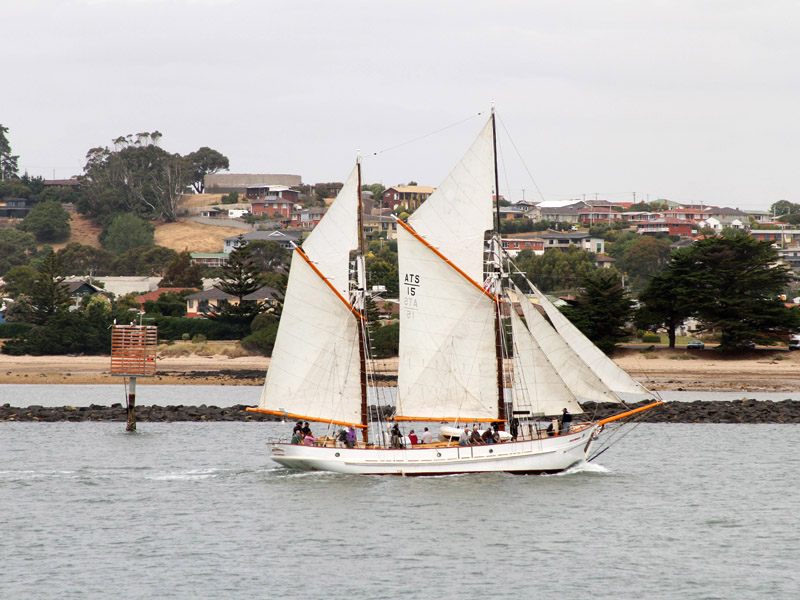 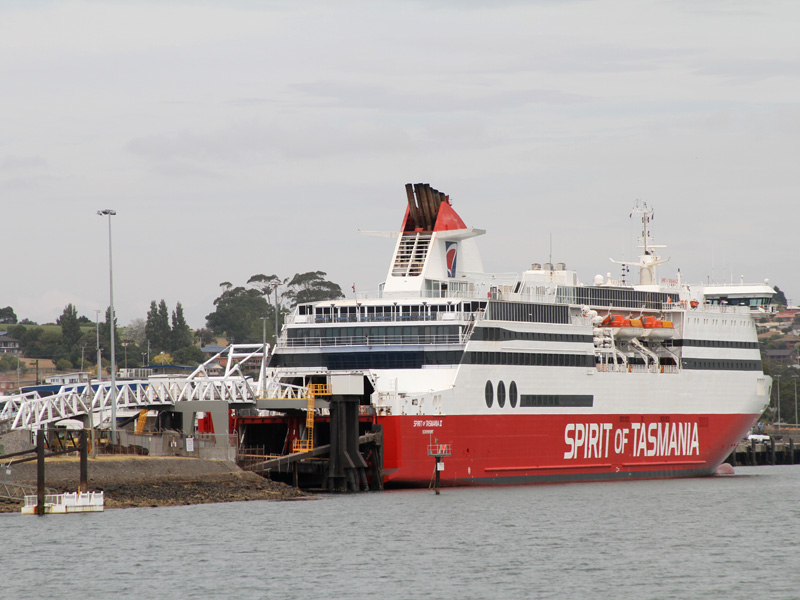 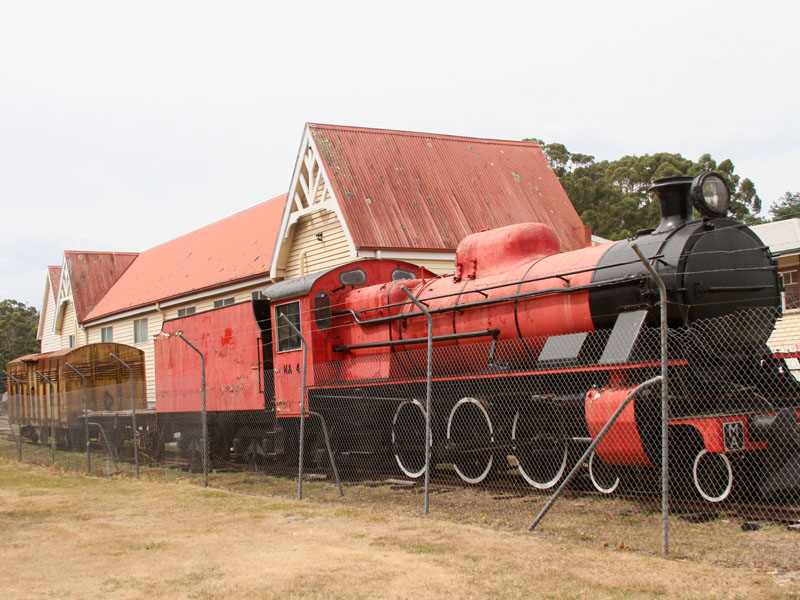 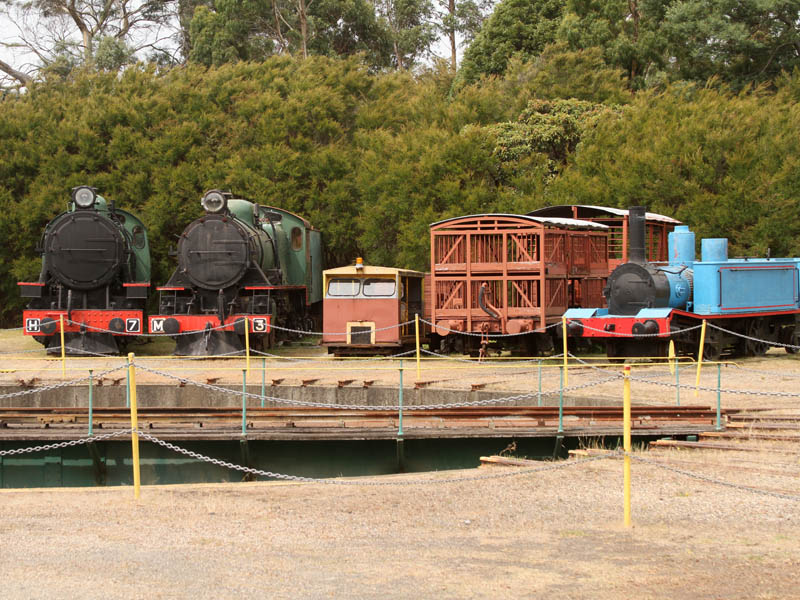 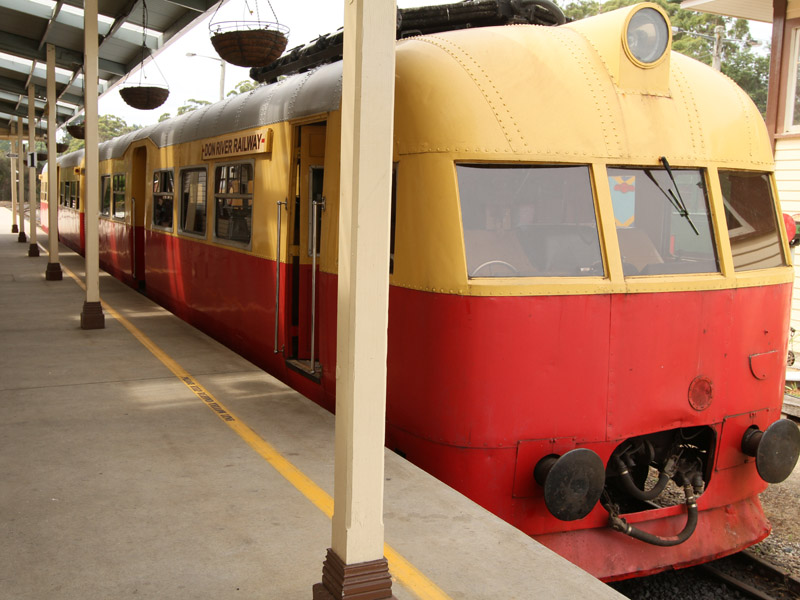