Town on the banks of the Hawkesbury River famed for oldest Presbyterian Church in Australia.

Ebenezer is a typical, slightly chaotic, Hawkesbury Valley village which came into existence as a series of farming properties, mostly owned by free settlers who were assisted by convict labour, in the early nineteenth century. Over the years it has suffered from the frequent flooding of the Hawkesbury River valley. Today Ebenezer is a small village which can claim to have the oldest standing Presbyterian Church in Australia and the oldest existing school building in the country.

Ebenezer is located 69 km north west of Sydney via the M2 and Windsor.

Ebenezer, taken from the Old Testament - 1 Samuel Ch.7 Verse 12 "Then Samuel took a stone, and set it between Mizpeh and Shen, and called the name Ebenezer saying, Hitherto hath the Lord helped us." It is accepted that Ebenezer means "Stone of Help" or "The Lord has helped us all the way."

Ebenezer Church
Located at 95 Coromandel Road, and now known as Ebenezer Uniting Church, this historic kirk is the oldest church in Australia. It is still used and worshippers can attend a Sunday service at 8.30 a.m. The church was completed by the local families between 1807-9 but was not fitted out until 1817. Its location above the north bank of the Hawkesbury is particularly attractive and it is a genuinely sweet and charming building. The first eight European families settled in the district in 1803. Although they were not all Presbyterians one, James Mein, was an elder of Galashiels Kirk (his direct relative, Jim Mein, became the first lay person to become Moderator of the Uniting Church) he started prayer meetings in his house at Portland and under a local gumtree. These meetings eventually evolved into a desire build a church and a school at Ebenezer. The eight families managed to raise £400 and they did much of the design and building. Unable to finance the construction of an independent schoolhouse they constructed a wall in the original church with half the building being used as a schoolhouse and the other half as a place of worship. The schoolmaster's residence was not added until 1810. Today it is open from 10.00 am - 3.00 pm daily, serves Devonshire teas and sells books and crafts. The church's stone entrance porch was added in 1929 and the eastern vestry in 1966. The cedar bookcase in the porch belonged to the first minister, Dr John McGarvie, who lived in Ebenezer from 1826-1831. For more information check out http://www.ebenezerchurch.org.au.

John Turnbull's House
To locate John Turnbull's historic home the visitor has to return to Tizzana Road and drive towards Tizzana Winery. This house, which dates from 1807-1810, was built on an 1804 grant by John Turnbull, one of the original eight European settlers in the area and an enthusiastic supporter of the church at Ebenezer. The house was used by John Dunmore Lang, a prominent Presbyterian minister, when he preached at Ebenezer in 1823-24. It is a gracious and impressive house which has been sympathetically restored. It is a fine example of a rural dwelling of the time, although it is not open to the public.

Tizzana Winery
Located at 518 Tizzana Road, Tizzana Winery promotes itself on its website as "a touch of Tuscany on the banks of the Hawkesbury River". Check out http://www.winery.tizzana.com.au. The large stone winery was built in 1887 by Dr Thomas Henry Fiaschi (he was a distinguished doctor who is remembered by the bronze boar sculpture in Macquarie Street outside Sydney Hospital) who had emigrated to Australia from Florence in 1875. Fiaschi was a strong advocate of the judicious use of wine. He told a meeting of the Australian Trained Nurses Association in 1906 that "I consider the temporate use of wine a valuable support to healthy man in this thorny path of life, and that the judicious use of it has proved itself to me of incalculable benefit in the treatment of the sick and convalescent." He was speaking with authority. He purchased 55 acres on the Sackville Reach in 1882 and had established a vineyard by 1889. To facilitate the sale and production of the wine he built the Tizzana Winery in 1887. As the website explains: "The building consisted of a two-storied sandstone structure for living quarters and cellars, attached to a three-storied building to process the grapes. The vineyards at Tizzana were planted with imported French and Italian vine cuttings, the fruits of which were turned into prize-winning wines under the skilled direction of Dr Fiaschi. Fiaschi continued his Tizzana and Mudgee wine business until his death in 1927, and his second wife Amy kept the operation going for a further 25 years. The last vintage from the early plantings took place in 1949." The building was subsequently vandalised but was restored in 1969. It was classified by the National Trust and today 4 acres of olive trees and 5 acres of cabernet sauvignon, shiraz, muscat and aleatico grapes are grown. The Tizzana winery is open for tastings on Saturdays and Sundays from noon to 6.00 pm.

* Prior to the arrival of Europeans the district was the home of the Dharug Aborigines who had lived in the area for over 20,000 years.

* By 1794 settlers had moved into the area because of the richness of the alluvial soil.  Grain and other crops were grown for the colony at Sydney Town which was suffering acute food shortages. The farmers provided Sydney Town with almost half its food supply.

* The first Europeans in the district arrived in 1803. They were free settler families who had sailed to Australia on the Coromandel in 1802. There were eight families - Davison, Hall, Howe, Johnston, Johnstone, Mein, Stubbs and Turnbull - and each was granted 100 acres.

* The Presbyterian church was built in 1808-9 by Scots, most of whom had emigrated from London. From 1803-1809 the congregation worshipped in the open or at Dr Thomas Arndell's house at Cattai.

* In 1809 the congregation wrote to the London Missionary Society asking for a minister.

* In 1810 a school attached to the church was opened. It is reputedly the oldest extant school building in Australia. The first teacher was John Youl.

* The schoolmaster's residence was built in 1817.

* In 1824 the church held its first communion presided over by Rev. John Dunmore Lang.

* In 1887 a new public school opened in the area. The same year the Tizzana winery was built.

* The stone entrance porch to the church was added in 1929.

* The eastern vestry was added to the church as recently as 1966.

* In 1969 the Tizzana winery, which was little more than a ruin, was fully restored.

* In 2010, after five years of extensive restoration work, the church won a Sustainable Cities Award.

There is no specific website for Ebenezer but http://www.ebenezerchurch.org.au, the local church website, has lots of useful information. 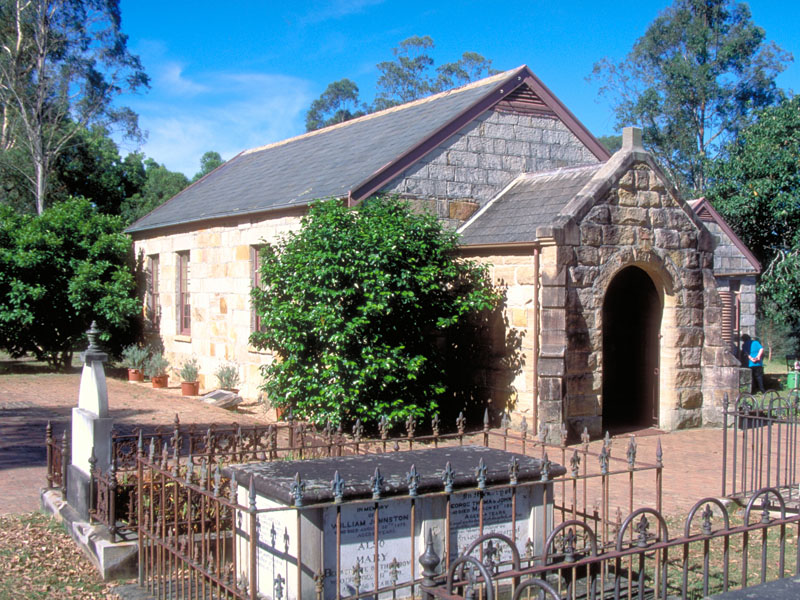 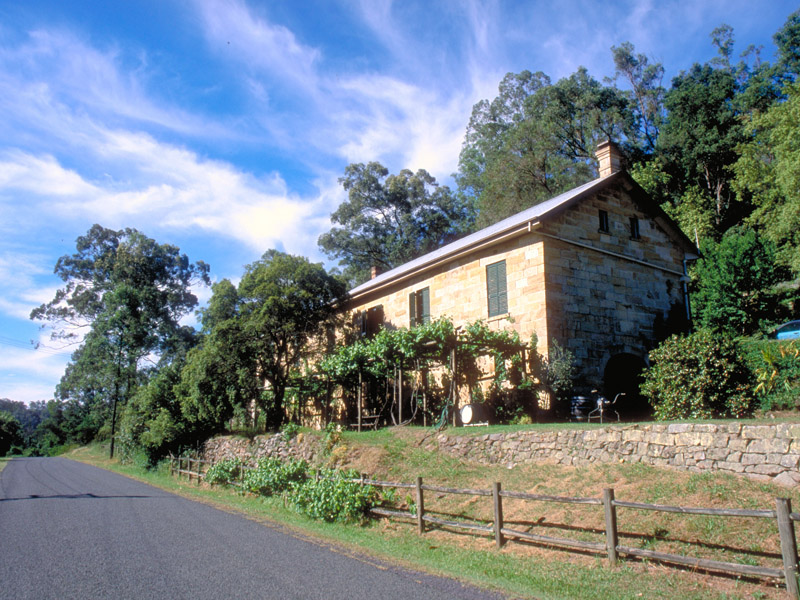