Town on the Tasmanian east coast noted for its blowholes

Falmouth is a small holiday resort village which is really nothing more like a collection of attractive houses on a low cliff top with excellent views along the coastline. This strange, non-town feel is a result of the district being owned by two families who had no real enthusiasm for the growth of a settlement.

There are numerous towns around the world named Falmouth. All were probably named after the notable Cornish port of Falmouth in England which has one of the deepest harbours in Europe.

Falmouth's Blowhole and the Coast
There are blowholes where the sea is forced through an aperture, a "blowhole" and there are lesser blowholes which are actually nothing more than a fissure in the rocks. The Falmouth blowholes, which are located just beyond Howitt Street which is the most north-easterly street in the tiny town, are large fissures in the rocks where the waves, when they break, cause plumes of spray to rise spectacularly into the air. To get to the blowhole the visitor needs to walk north along the cliffs. The walk is pleasant with the rocks tumbling down towards the sea and the bedding of the rocks being cut by narrow fissures. The views from the northern end of the town are excellent and near the blowhole it is possible to see the beach which lies to the north across Henderson Lagoon. Park at the end of Howitt Street and walk towards the low lying cliffs.

Enstone Park
Originally known as Thompson Villa, Enstone Park which stands back from the road north of the Tasman Highway just outside Falmouth is a large Victorian homestead which was built by William Steel's nephew, J. Steel, in 1867 for the huge sum of £1,740. In 1868, just after it had been built, the Launceston Examiner visited the house and wrote: "On a gentle slope, about a half mile from the sea, stands the mansion of our host, known as Thompson Villa. The exterior of the building produces a highly picturesque and pleasing effect. The style is Italian, with projecting roof. The principal rooms open onto a wide veranda, the design of which, as also the balcony, is decidedly ornamental. The interior fittings are of the best character, the entrance hall being divided by Corinthian fluted columns, with pilasters and Corinthian cornice; and well lighted up by a beautiful ornamental stained glass window, which I recognised as the handiwork of our enterprising fellow colonists, Messrs. Ferguson, Urie and Lyon, of North Melbourne. It was named 'Enstone Park' after World War I by LJ Steel who lived in the house until his death at the age of 102 in 1968. The property is currently owned by Enstone Park Pastoral Company. It is not open to the public.

Scamander Bridge
The Scamander Bridge is located 11 km north of Falmouth. The river it crosses is sufficiently wide to present anyone travelling along the coast with a problem. This was certainly the case when John Helder Wedge tried to cross it in 1825. The first bridge, a flimsy thing with pylons no thicker than an average telegraph post, was constructed by Richard Terry in 1865 and lasted until it collapsed under the weight of a mob of cattle.

It was replaced by an ironbark and bluegum bridge which lasted until 1889 when a particularly heavy flood washed it away. Fortunately the mail coach was the last vehicle to pass across it.

The third bridge was built by Grubb Bros. for £4,500. It was built from ironbark and lasted 22 years until the flood of 1911, sending numerous trees down the river, put such pressure on the bridge it collapsed.

After this a series of bridges were constructed but they were all destroyed either by flood or the dreaded toredo, a voracious borer which worked its way into the timber quickly destroying it. The last wooden bridge collapsed in 1929 and the town was forced to rely on a punt across the river until a concrete bridge was built in 1936. It has finally been replaced by a new bridge which the town is hoping will last indefinitely.

Four Mile Creek Conservation Area
Located at the mouth of the Scamander River this is a particularly beautiful and quiet stretch of coastline noted for its secluded beaches which are popular with surfers and surf fishing enthusiasts.

* Prior to European settlement the Falmouth area was inhabited by the Pyemmairrener Aboriginal people who had lived there for thousands of years.

* The first European to land on the shoreline was Captain James Kelly who, in 1816 in a journey around Van Diemen's Land, was forced by a westerly storm to shelter at Mariposa Beach. He hauled his whaleboat ashore and sheltered for the night.

* The area around Falmouth was explored by John Helder Wedge who, during an expedition in 1825, surveyed much of north-eastern Tasmania

* The first European settler in the district was Captain John Henderson who arrived in 1829 having acquired 2,560 acres (1035 ha).

* Later in 1829 a similar package of land was granted to William Steel. Steel and Henderson became the most important families in the district and remained so until World War I.

* It wasn't until the 1840s that a probation station, housing 150 convicts, was built at Falmouth to help with the construction of St Mary's Pass. The convicts built the road across the mountains between 1843 and 1846.

* By 1855 an active program of emigration (an attempt to attract settlers to the island) resulted in German families who had arrived on the America settling in the district where they leased 10 acre lots and grew potatoes and other vegetables. As the land was owned by either the Steels or the Hendersons they were expected to contribute to work on the larger properties.

Falmouth has no local website. There is some useful information on http://www.eastcoasttasmania.com/a-brief-history/253-falmouth 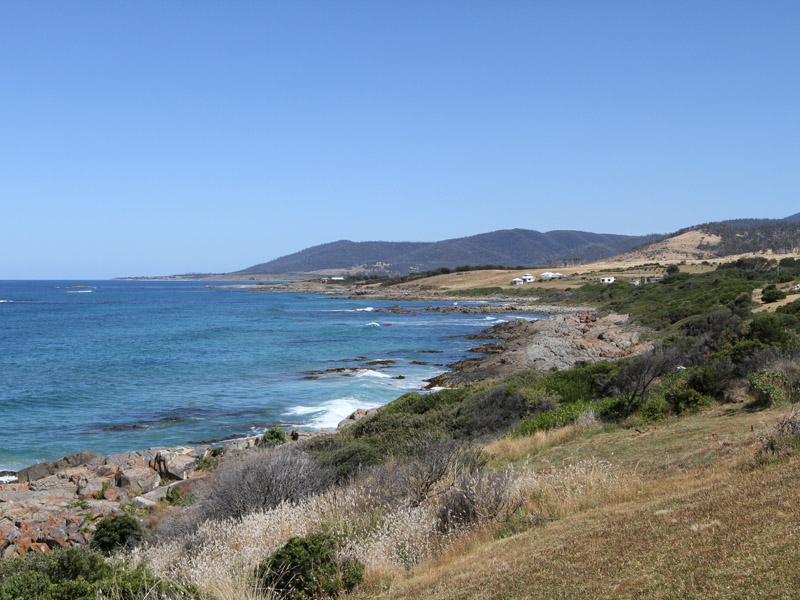 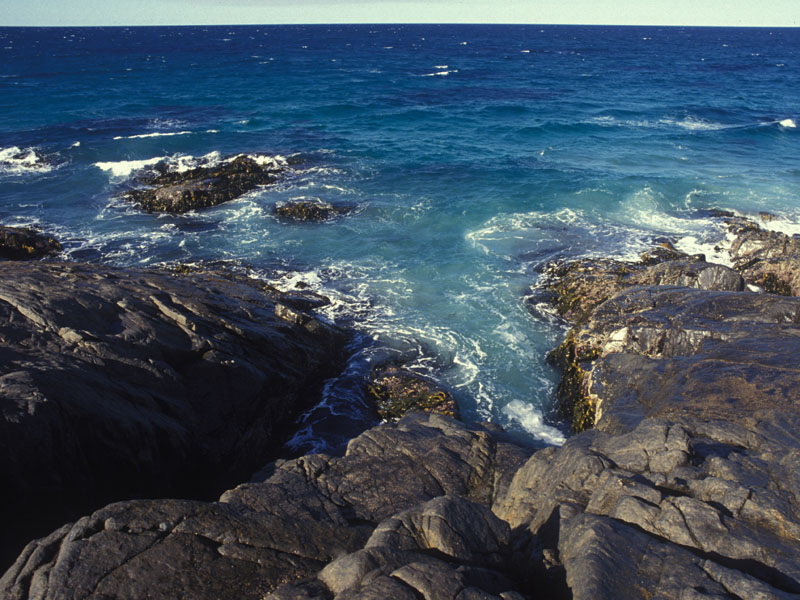 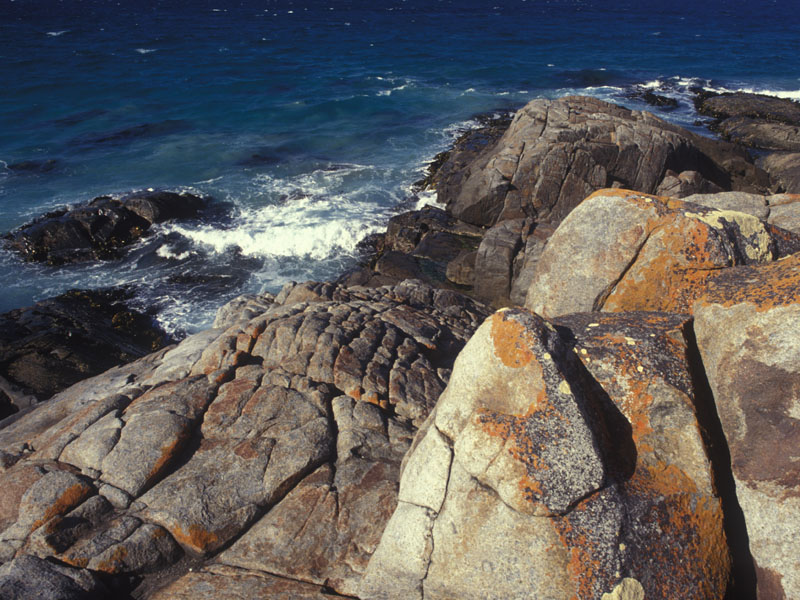 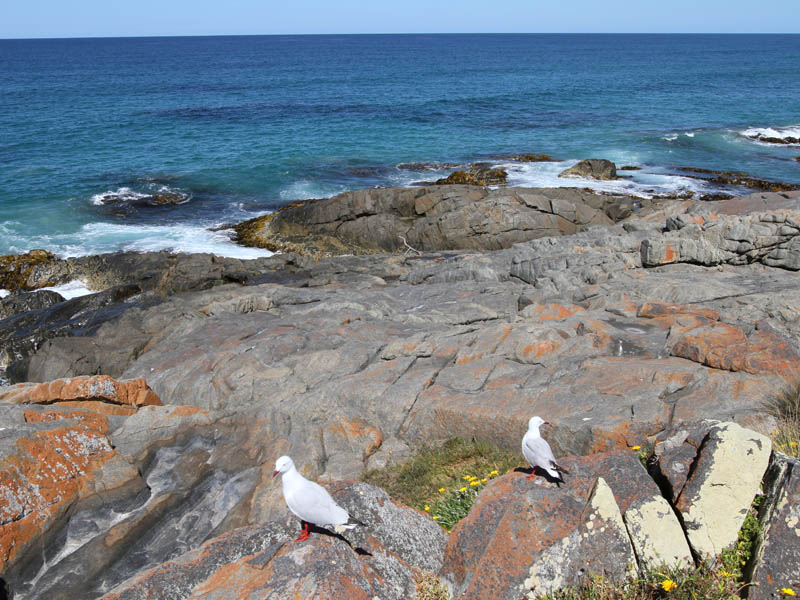 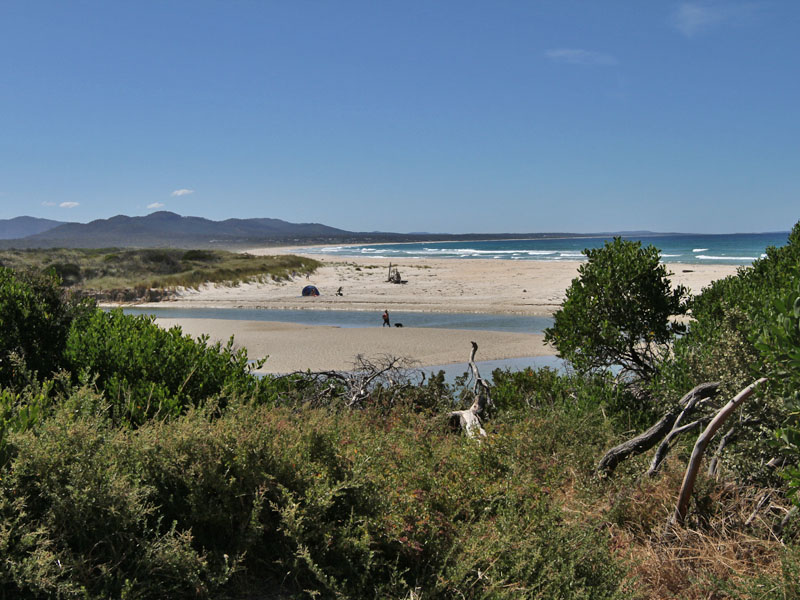 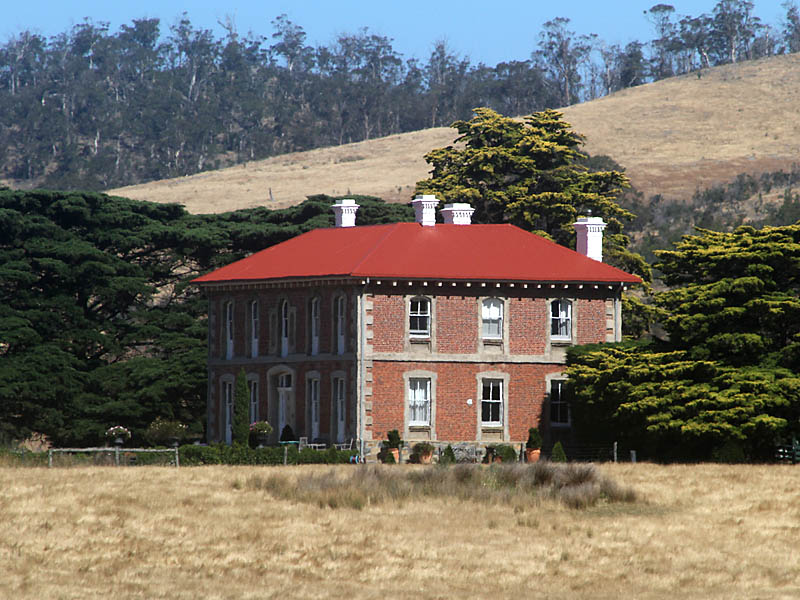 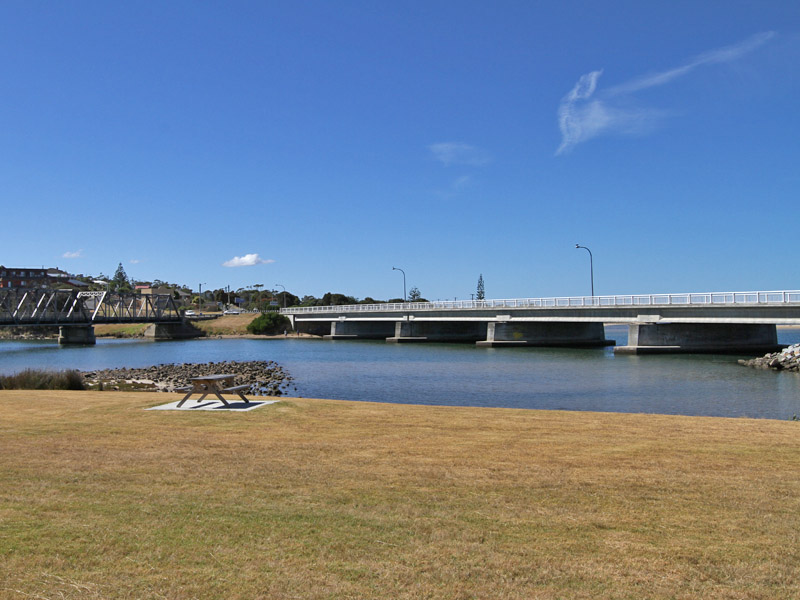