Fingal is one of those small Tasmanian towns where the charm lies in simply stopping and walking along the main street. There are a number of Victorian-era buildings and a quiet peacefulness. To the north are the Mathinna Falls Forest Reserve and the Evercreech Forest Reserve. This is a particularly pretty area of the east coast. The noted poet, James McAuley lived in the area and wrote romantically about "The blonding summer grasses / The stubble-fields, the green, / The sheep in pools in shadow, / Mauve thistledown between." in his poem 'Fingal Valley'. A reminder that the ambience of the district is decidedly Northern European.

Fingal is located 109 km east of Launceston and 197 km north-east of Hobart via the Midland and Esk Highways.

It is believed that Roderic O'Connor, who surveyed the area with John Helder Wedge in 1824, named Fingal after Fingal's Cave in the Inner Hebrides of Scotland.

Historic Buildings
The most pleasant way to experience Fingal's historic buildings is to walk down Talbot Street, the town's main street. At Fingal Park there is an Information Board which lists no fewer than 19 places of historic interest in the town. There is a map which indicates exactly where each of the historic buildings in located. The town's gems include:

1. Convict Cells - Located beside the Esk River down Short Street, these cells were built in 1842 were specifically used as an isolation cell for recalcitrant prisoners. They were also used as holding cells for prisoners who were being transported back to Port Arthur.

2. Convict Probation Station - Located off Legge Street and privately owned (not open for inspection) this probation station was built in 1842 and was, at the time, capable of holding approximately 300 convicts. It was used to house convicts who were being used as cheap labour in the district.

6. St Peter's Anglican Church - the town's oldest church, was dedicated in 1867. It was built from locally quarried limestone and designed by Michael Lattin. The foundation stone was laid in 1866. It has impressive stained glass windows.

8. Fingal Hotel - It was originally licenced in 1844 as the St Andrews Inn to a Mr John Dryden but was owned by Charles Peters. Early in 1845 the inn's name was changed to the Talbot Arms Inn and later that year licenced under Charles Peters its builder & owner.

9. The Holder Brothers Store - built in 1859, now the local IGA, the store was established by the Standage family as a one storey stone house. Over the years a three storey house and stable was built in 1885 and a top storey of seven room was added in 1894.

10. The Old Tasmanian Hotel Community Centre - constructed, in part, from the stones which were used to build the Prison barracks. This 21 room sandstone hotel was licensed in 1846.

Other Buildings
In Seymour Street, which runs south from Talbot Street, there is local primary school, with some modern additions, dates from 1884 (it is one of the oldest primary schools in Tasmania) and the wooden Presbyterian (now Uniting) Church (1881) and St Joseph's Roman Catholic Church (1880) indicate a period when, towards the end of the nineteenth century, the town was growing rapidly.

Mathinna Falls Forest Reserve
Mathinna Falls are located 35 km north of Fingal via the tiny settlement of Mathinna.  The falls consist of four separate cascades each 40 or 50 metres apart with a total drop of 80 metres – a truly spectacular sight, especially after rainfall. Access from the car park is an easy 30-minute return walk which leads to the base of the falls. For more information check out http://www.forestrytas.com.au/visiting/visitor-sites/north-east/mathinna-falls-walk

* In 1827 William Talbot, an Irishman born in Malahide Castle in County Fingal, was granted land in the district and took up a holding north of the settlement where he built  a gracious two storey stone Georgian house which he named Malahide. The house was completed in 1828.

* In 1827 the settlement which Talbot called Fingal began to grow around a convict station. Around this time a second landholder, James Grant, took up property and built Tullochgoram 5 km out of Fingal on the road to Avoca.

* The Fingal Council was formed in the 1860s

* In 1852 gold was discovered at Mangana. This was believed to be the first discovery of payable gold in Tasmania. Mangana is only 10 km north-west and consequently Fingal grew rapidly.

* In 1882 the foundation stone was laid for the Fingal Town Hall. The Town Hall was destroyed by fire in the early 1900s.

A detailed history of the town can be found at http://www.fingalvalleyhistory.com/fingal.htm 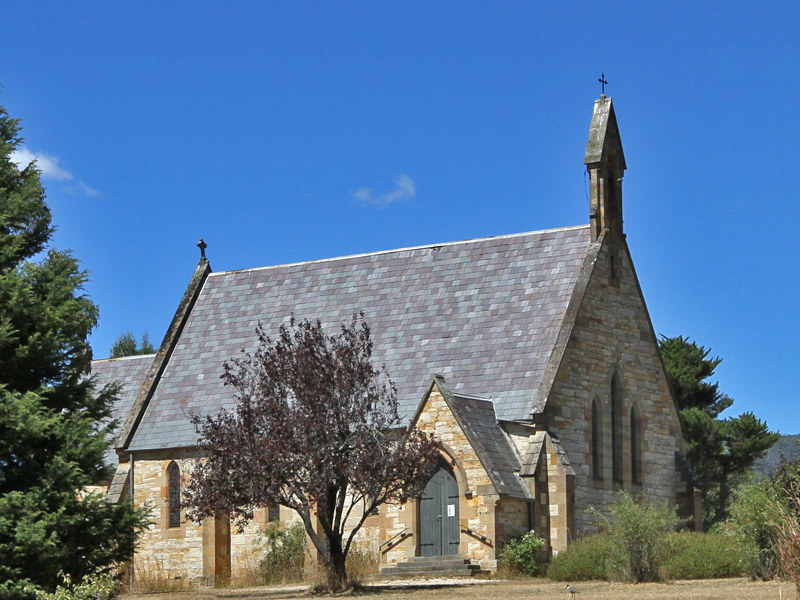 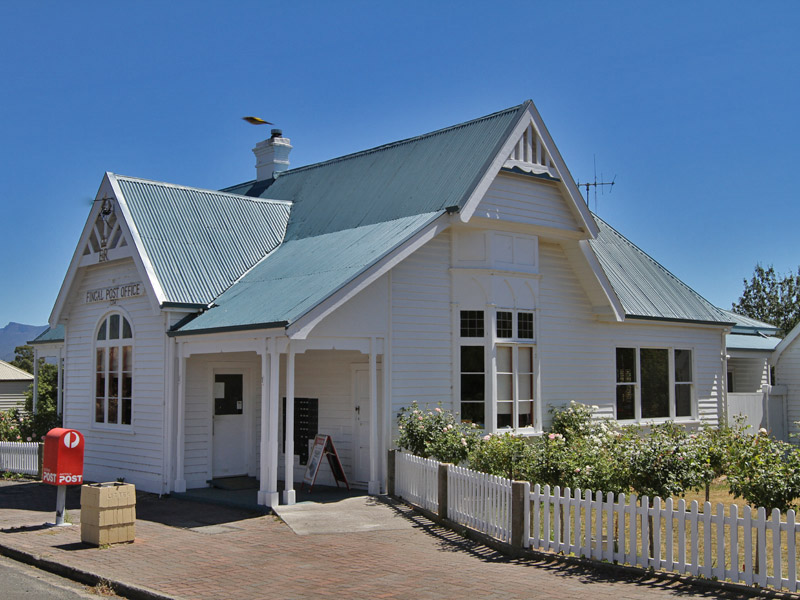 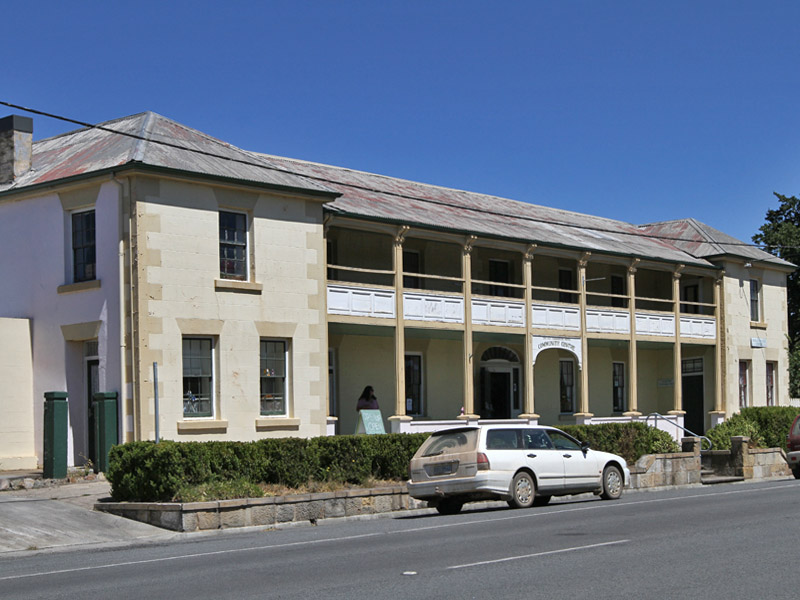 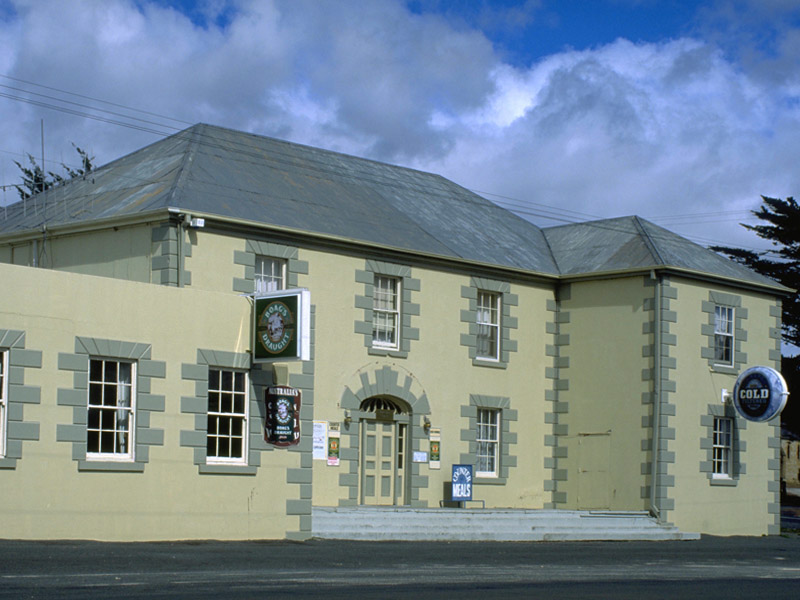