Today Joadja is nothing more than a few remnants of buildings and a reminder of the transient nature of mining towns. The historic village/ghost town was established by the Australian Kerosene Oil and Mineral Company in the late 1870s to mine the vast kerosene shale deposits in the valley walls. It lasted until 1911 and has, for over a century, slowly decayed in the bush to the west of Mittagong.

Joadja is located 135 km south-west of Sydney via the M5 and Hume Motorway. It is 22 km west of Mittagong via the road to Wombeyan Caves.

There is no strong evidence for the meaning of 'joadja' although some sources believe it means 'valley of plenty' in the language of the Tharawal.

Tours of the Town and the Historic Buildings
The remains of the old buildings can still be seen, including the miner's cottages , a schoolhouse, a church, a cemetery and shale ovens for the refinement of kerosene which have a World Heritage listing.

The shale was identified by Edward Carter who set up the mine in the valley. The shale was excavated and heated in brick retorts to draw off the kerosene which was then condensed and purified. Carter then sold the kerosene to the Australian Gas Light Company. Initially it was hard to get the produce to Sydney. It was hauled up the steep valley by bullock teams and then carted in five tonne wagon loads to Mittagong railway station. Later a narrow gauge railway was built. It connected the mine to Mittagong. For details of access to the site and weekend tours tel: (02) 4878 5129 or check out http://www.joadjatown.com.au.

Joadja Winery
Located on the corner of Greenhills Road and Joadja Road is Joadja Winery and Vineyards. They produce cool climate Cabernet Sauvignon, Sauvignon Blanc, Chardonnay, Malbec and Pinot Gris on the rich volcanic soils of the Southern Highlands. The cellar door is open Monday to Friday from noon to 5.00 pm and on Weekends from 10.00 am - 5.00 pm. tel: (02) 4878 5236 or check out http://joadjawinery.com.au.

Joadja Whisky
Given that the first settlers in the area were miners from Scotland, it seems entirely fitting that the valley should now host a boutique whisky distillery. The distillery is in the very early days of production. Check out http://www.joadjawhisky.com.au or tel: (02) 4878 5129.

* Prior to European settlement the area around Berrima was occupied by the Dharawal (Tharawal) Aborigines.

* The first European to explore the area was John Wilson, an ex-convict, who led a party through the area in 1798. Their mission was to find out about the area so they could report to Governor Hunter who wanted to convince deluded Irish convicts that there was not a "New World" of white people living 200 miles south-west of Sydney. During the expedition Wilson shot a lyrebird and the group saw a "cullawine" (koala). On this journey they appear to have followed Joadja Creek to its junction with the Wingecarribee River, just near the future townsite.

* One of the district's first settlers was the explorer John Oxley who, in 1815, drove a herd of cattle into the area and established a property near the site of modern Berrima.

* By the 1840s Benjamin Carter was grazing cattle in the Joadja valley. Edward Carter discovered the kerosene-rich shale.

* In 1877 the Australian Kerosene Oil and Mineral Company was formed to develop the shale deposits. The company built a refinery; constructed a railway line to Mittagong (it operated from 1880-1903); and erected a town for the miners and their families.

* Joadja's population passed 400 in 1879. By this time the town was thriving. It had a theatre, a store, a butcher's, a bakery and a school of arts. Many of the miners came from Scotland. They were housed in cottages made of local bricks.

* In 1881 a mechanical coal-cutter, the first in New South Wales, was introduced.

* By 1893 the valley had been mined out, the mine went into sharp decline and employees were laid off.

* In 1924 the local orchard was finally abandoned.

* Attempts were made to re-establish operations in the 1920s and 1930s but they failed and Joadja became a ghost town.

* In recent times there have been a number of attempts to revitalise the town and develop the surrounding area with little effect.

There are no accommodation or eating facilities at Joadja. 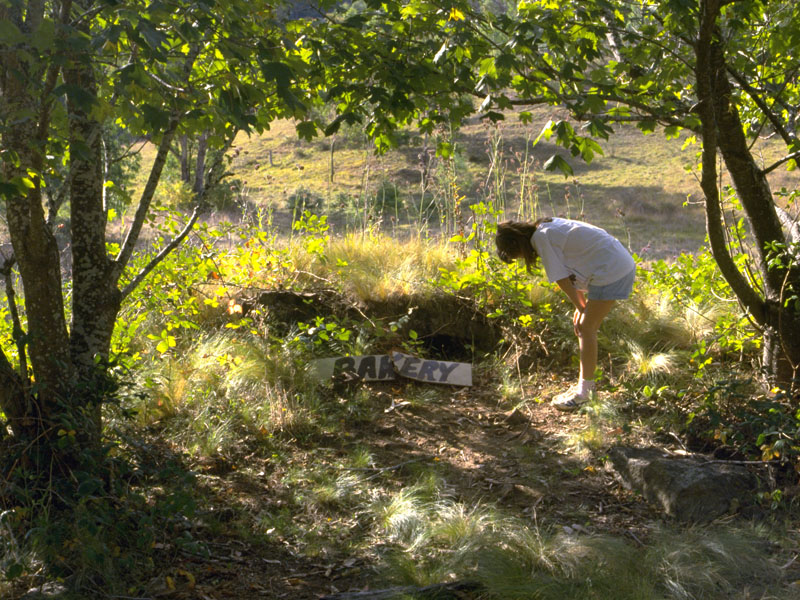 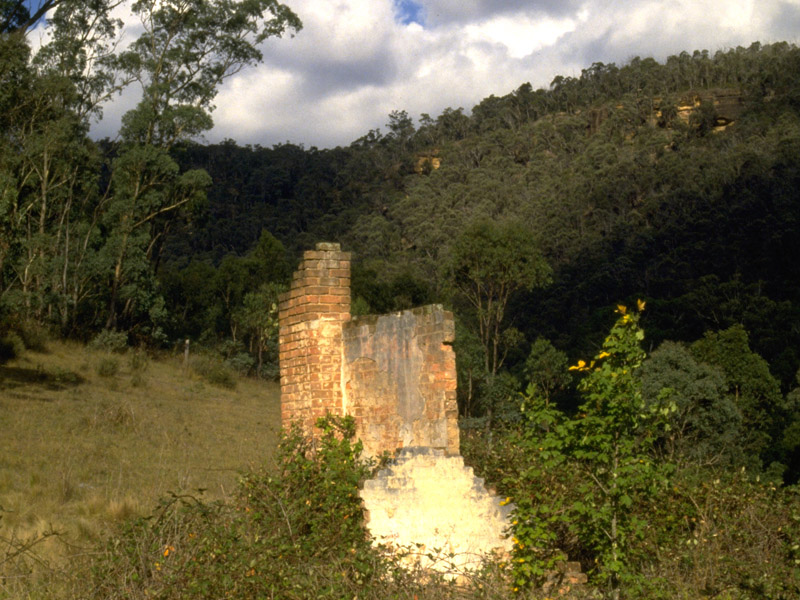 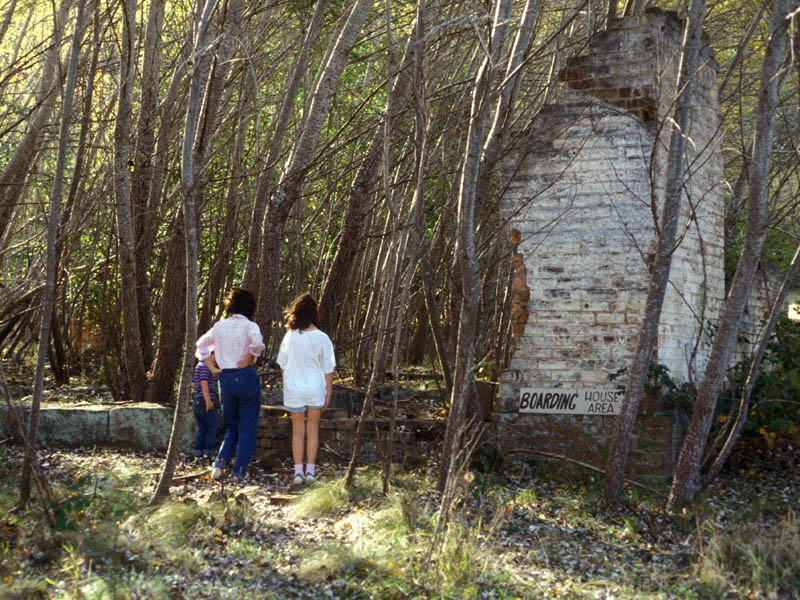 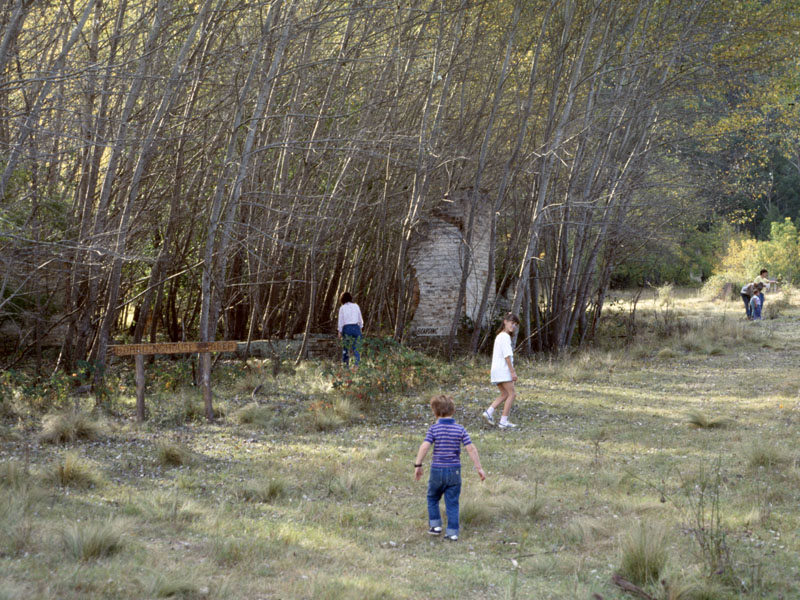 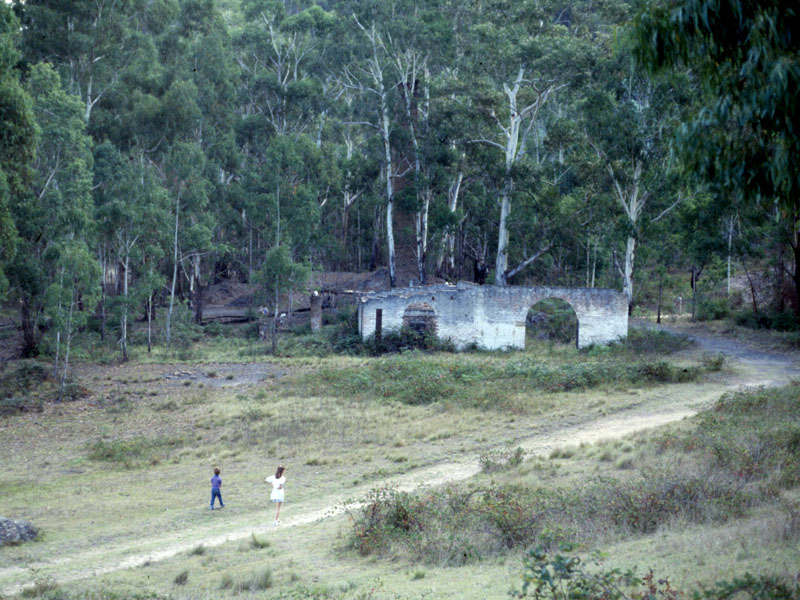