There was a time, before it was comprehensively bypassed, when Jugiong was known as one of the great speed traps on the Hume Highway. The temptation was overwhelming. Drivers from the south would come over the hill and there before them was a long, straight stretch of road just asking to be driven at great speed. Police, eager to enrich the state's coffers with speeding fines, would wait behind the handsome row of poplars which edged the road. It was a classic speed trap.

Today the town comprises little more than a church, a pub and a service station ... and, most importantly, the Long Track Pantry a superb and improbable cafe serving excellent food, outstanding coffee and offering homemade jams, chutneys and sauces which are genuinely sublime.

Jugiong is located 338 km south-west of Sydney via the Hume Morotway and Hume Highway. It is 39 km north-east of Gundagai and 63 km west of Yass.

It is said that Jugiong is a local Aboriginal word meaning "valley of the crows".

Sir George Tavern
The one building that dominates the tiny town is the Sir George Tavern (sometimes called the Sir George Inn or the Sir George Hotel). It was built in 1845 by an Irish immigrant, John Philip Sheahan. The first version was constructed on the banks of the Murrumbidgee River but, like Gundagai which is only 39 km away, it was prone to flooding and in the great flood of 1852 it was washed away. Sheahan persisted. He brought stonemasons from Ireland and they constructed the building which still stands today. It has sandstone walls that are 50 cm thick and a real olde world charm. The walls abound with historic photographs, there are lounges and a large fireplace for the winter months. It is known as the oldest family-run hotel in Australia with the descendants of John Philip Sheahan still in charge.

Christ Church of England
The great Colonial and Church Architect, Edmund Blacket, famous for designing the main quadrangle of Sydney University, was commissioned to design Christ Church of England. He designed the very plain church in 1872 and it was built between 1872-73 with the sanctuary being added in 1895 and the west porch in 1970. Blacket's plan was to construct a simple, local stone, Early English Church.

St John the Evangelist Catholic Church
The area around Jugiong is intensely Irish Catholic. It is claimed that when Billy Sheahan stood for State Parliament he felt confident he would be voted in because he could count on 2,000 relatives living in the Burrinjuck electorate. So when St John the Evangelist Catholic Church was built between 1858-60 it was totally paid for by local parishioners and the cost was £515. The first mass was held in 1860. The largest funeral was that of Billy Sheahan in 1975. It is beautifully maintained and is a dominant local landmark.

Monument to Sergeant Parry
On 16 November 1864 Ben Hall's Gang, comprising Johnny Gilbert, Ben Hall and John Dunn, held up a mail coach between Gundagai and Jugiong and shot and killed the 32 year-old Sergeant Edmund Parry. Parry's death was the consequence of Hall and his gang holding up everyone on the road. By the time the mail coach reached their hiding spot they had already held up nearly sixty people including a group of twenty Chinese gold miners. The mail coach was being escorted by Sub-Inspector O'Neill and Sergeant Parry. O'Neill survived only because he ran out of bullets and surrendered. There is a monument to Sergeant Parry 5 km south of Jugiong on the right hand side of the road. It is close to the spot where the actual gun battle took place. There is an excellent downloadable brochure available at http://www.goldtrails.com.au/html_files/explore/parry-memorial.html. The coroner's verdict was: "That on the 16th day of November, in the year of our Lord, 1864, at a spot about four miles to the south of Jugiong, in the colony of New South Wales, the deceased Edmund Parry did die from the effects of a gunshot wound, at that time and in that place wickedly, maliciously, and feloniously inflicted upon him by one John Gilbert; and two other certain persons, named Benjamin Hall and John Dunn, were then and there unlawfully aiding and abetting the said John Gilbert in so feloniously destroying the life of the said Edmund Parry."

Long Track Pantry
The by-passing of Jugiong resulted in the Long Track Pantry, a superb and charming, cafe (it is open from 8.00 am - 4.00 pm daily and closed on Tuesday) which offers breakfast and lunch. It is a benchmark of rural excellence with coffee that matches anything available in the capital cities and food which is interesting and creative. Check out http://www.longtrackpantry.com.au/ for more details.

* Prior to European settlement the area around Jugiong, and particularly the river flats, was inhabited by members of the Ngunawal Aboriginal language group.

* In 1824 Hume and Hovell tracked to the south of Jugiong. They were the first explorers into the area.

* The area was first settled by Europeans in 1825 when Henry O'Brien took up the 125,000 acre Jugiong run and started grazing sheep.

* In 1829 Charles Sturt passed through the area as he explored the Murrumbidgee River.

* By 1845 a settlement comprising a store and a pub (the Sir George Tavern) had been established on the banks of the Murrumbidgee to meet the needs of travellers on the track between Sydney and Melbourne. Business was good and John Patrick Sheahan, who had built the pub, installed stables for coaching horses.

* In 1852 the flood which wiped out Gundagai also wiped out the small settlement of Jugiong. A report in the Sydney Morning Herald in 1925 recalled: " Mr. Sheahan got busy with a small boat and rescued the families who were by now on their roofs or surrounded, and removed them to his new stables, where they had to remain for several days."

* When gold was found in Adelong in 1853 the road to Sydney became a popular haunt for bushrangers. That year the town was gazetted and blocks of land in the village were sold at auction.

* On 16 November 1864 Ben Hall's Gang, comprising Johnny Gilbert, Ben Hall and John Dunn, held up a mail coach between Gundagai and Jugiong and shot and killed the 32 year-old Sergeant Edmund Parry. The site of the shooting is still recalled by a monument  5 km south of Jugiong. Parry's death was the consequence of Hall and his gang holding up everyone on the road. By the time the mail coach reached their hiding spot they had already held up nearly sixty people. The mail coach was being escorted by Sub-Inspector O'Neill and Sergeant Parry. O'Neill survived only because he ran out of bullets and surrendered. Parry's gravestone in the North Gundagai cemetery records: "Edmund Parry, Sergeant of the N.S.W. Police, who lost his life in the execution of his duty whilst courageously endeavouring to capture the bushranger Gilbert by whom he was shot dead near Jugiong."

* In 1872-73 the Christ Church of England, designed by Colonial Architect James Blacket, was constructed.

* In 1935 the famous cricketer and commentator, Richie Benaud, started his schooling at Jugiong.

* In 1941 Billy Sheahan, one of the town's most famous residents, became the Member for Burrinjuck. Sheahan Drive in Gundagai commemorates his long years of public service. He is buried in Jugiong.

There is no dedicated website but if you want to read a detailed and informative social history of Jugiong Michael McKernan's The Valley (https://www.allenandunwin.com/default.aspx?page=94&book=9781741758382) is strong recommended. The best source of information is https://www.visithilltopsregion.com.au which covers Young, Jugiong, Boorowa and Harden Murrumburrah. 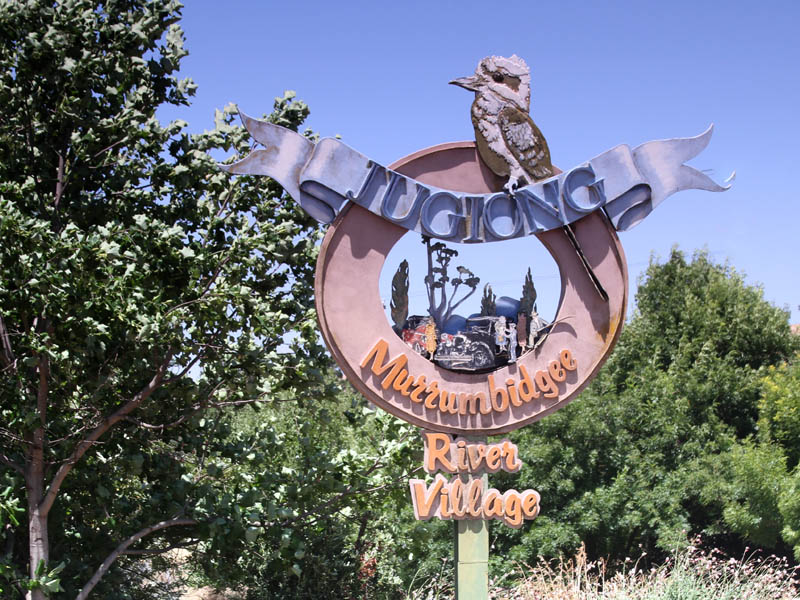 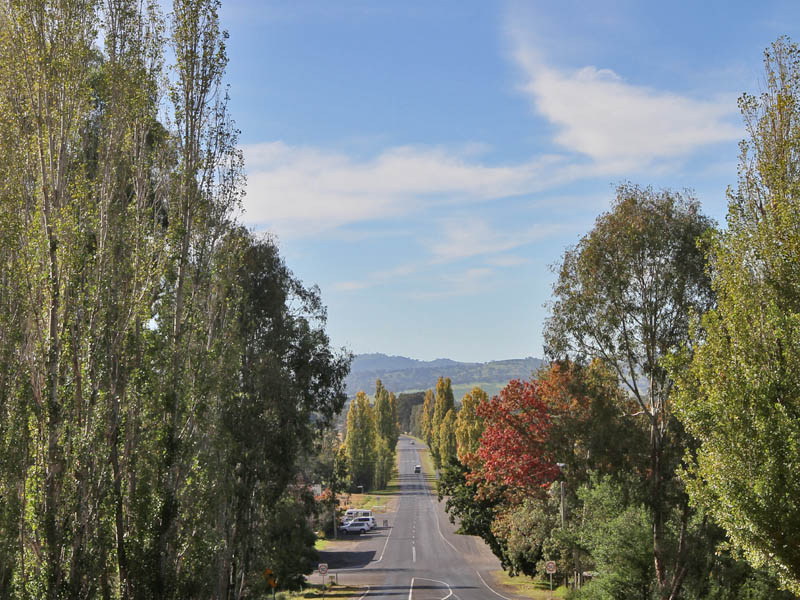 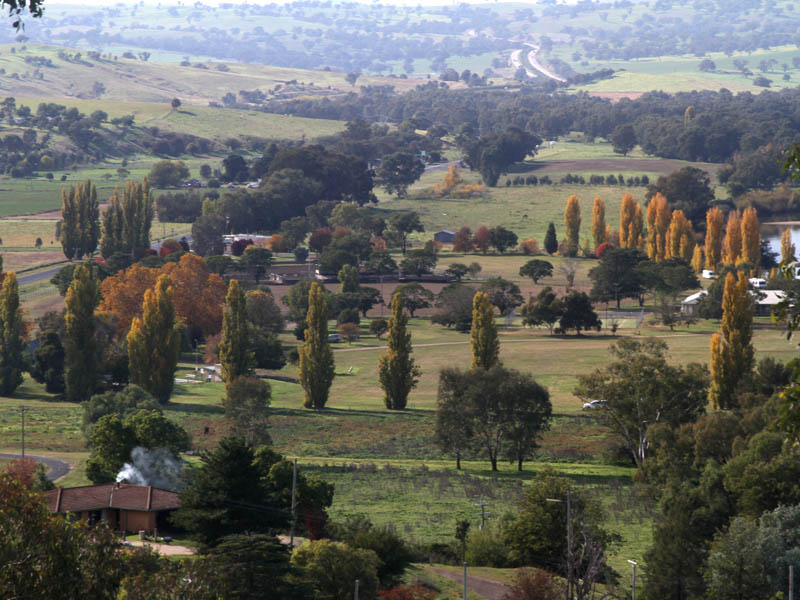 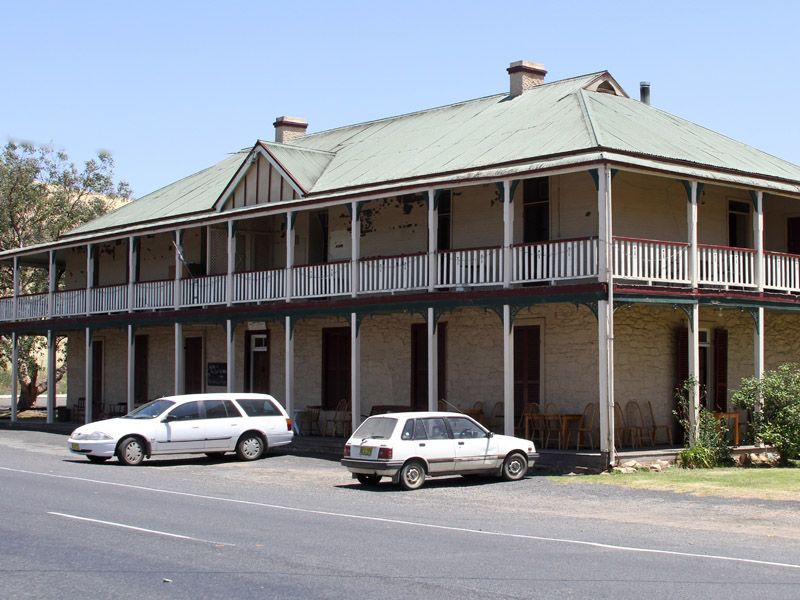 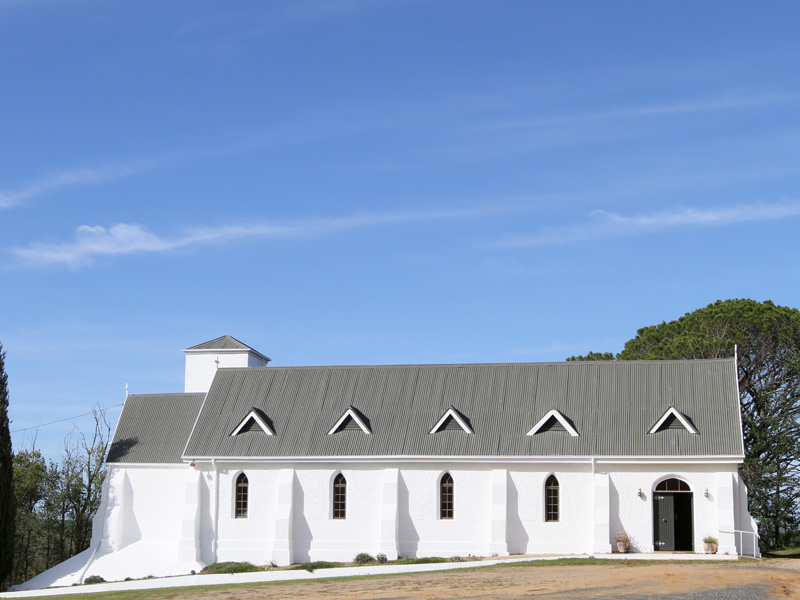