In the early 19th century the Tasman Peninsula - Saltwater River, Port Arthur, Koonya, Eaglehawk Neck and Taranna - was a sophisticated and complex penal colony. Koonya, which at the time was a convict outstation called Cascades, is now a reminder of those convict origins. Its main attraction is a superbly restored penitentiary comprising a hospital, officer's quarters, workshops, chapel, stone quarries, cell blocks and overseer's quarters. Many of these buildings are now part of Cascades Colonial Accommodation which offers accommodation for visitors wanting to experience life in a nineteenth century penal institution circa 1841.

Koonya is located 92 km south-west from Hobart via the A9 and only 15 km north of Port Arthur.

The original name for the settlement, when it was a convict outstation, was Cascades. This was because there were cascades nearby. After the convict outstation was closed the name of the tiny settlement was changed to Koonya, a local Aboriginal word which probably means 'black swan'.

The Wooden Railway
One of the most importent structures at Koonya no longer exists. Shortly after their arrival the convicts built a wooden railway from the mountains to the sea to transport the timber from the forests to the steamers. Sadly it no longer exists. However the owners of Cascades Colonial Accommodation have walks into the mountains and it is still possible to see the places where the convicts worked.

Historic Buildings
Rotten Row
Rotten Row was built in the 1840s as officer's accommodation, and fell into disuse in the late 1940s. It was restored around 2004 with great care being given to retain its timeworn appearance. Rather than totally replace the rusting iron roof, missing and badly damaged sheets were replaced with second-hand corrugated iron sheets.

Old Hospital
The Old Hospital is a large two storey Georgian building set in an apple grove which has been tastefully converted to accommodate six people. It is on the side of the road opposite the main outstation.

The Convict Outstation
The main part of the outstation is located between the road and the waterfront. It comprises the workshop (which has been has been turned into a small museum); the mess hall (used for weddings and special occasions), and officer's quarters, three connected cottages, which have been converted into superb (check Trip Advisor for the eulogies) colonial accommodation. They won an Australian Heritage award in 1986. The accommodation opens and closes at different times. Check their Facebook page for current information (https://www.facebook.com/pages/Cascades-Colonial-Accommodation/149243988545711) or tel: (03) 6250 3873. The consensus is that the rooms have been superbly restored, the setting is charming and the walks to the mountains and to the sea are sublime. It is accepted that the buildings form one of the finest collections of early nineteenth century structures on the island.

Waterfront Walk to the Site of the Old Convict Jetty
This is a short 30 minute return walk which the signage explains: "Follow the track down the grassy bank towards the waterfront then along the fence at the bottom to the left and cross the bridge, the track skirts above the waters edge until the gravel road. Turn right down the road to the site of the convict jetty. If you turn left you meet the main road and Cascades is on your left. First constructed in 1847 by convict labour, the jetty was accessed via a tramway that started up in the forest to deliver timber directly to the steamers that docked twice a week."

Old Timber Mill, Quarry and Rail Site
The sign explains that the walk takes around one hour return and offers the following directions: "Opposite the entrance to Cascades on the main road is the old hospital (red roof and white picket fence); on the left is a row of old pear trees. Look for the signs on the left hand of the trees along the paddock until you meet the dirt road. At the stockyards (500 m on left), veer right and continue on the track into the forest alongside the rivulet. The old quarry and sawmill site is signposted. The track continues up to the neighbour's paddock. Return via the same route or an alternative route back to the main road through the paddocks is possible, all gates must be closed behind you."

* Cascades was established as a convict outstation in 1841. It was decision based on the timbers and soils of the peninsula.

* By 1843 there were 200 convicts in the area clearing the land and preparing for an outstation.

* In 1847 the convicts were removed from Cascades and replaced by convicts who had been brought from Norfolk Island. The aim was to use the outstation for 'procuring timber'. During the year a jetty was built to deliver timber to steamers waiting offshore.

* By 1853 transportation to Van Diemen's Land was halted and shortly afterwards the outstation was abandoned.

* By 1857 there was talk of converting the outstation into a rifle range but this never eventuated.

* By 1860 many of the buildings were falling into disrepair.

* In 1863 Cascades was turned into a working farm growing potatoes, carrots and turnips.

* Cascades was taken into private ownership in 1882 by Henry Chesterman.

* In 1915 the property was purchased by Belmont Moses Clark who used it for dairying and established an orchid.

* Around 1930 one of the buildings was used as a cold storage facility.

* In the early 1980s a systematic program of restoration returned the main buildings to their former condition.

* In 1982 the property opened as Cascades Colonial Accommodation.

Koonya does not have its own visitor information but there is material and advice available at the Port Arthur Historic Sites Visitor Centre, Arthur Highway, Port Arthur, tel: (03) 6251 2310.

There is no specific website for Koonya but the local council's website has useful information on the history of the area. Check out http://www.tasman.tas.gov.au/index.php/tourism/local-history. 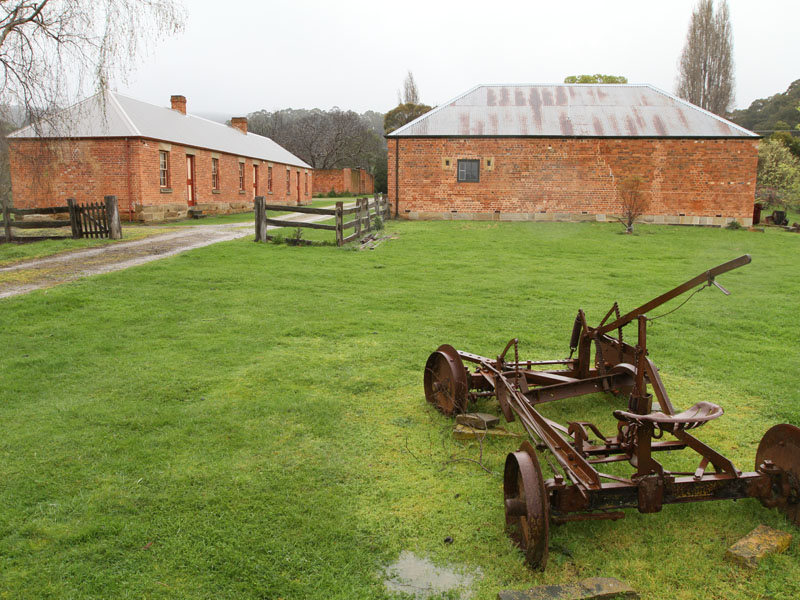 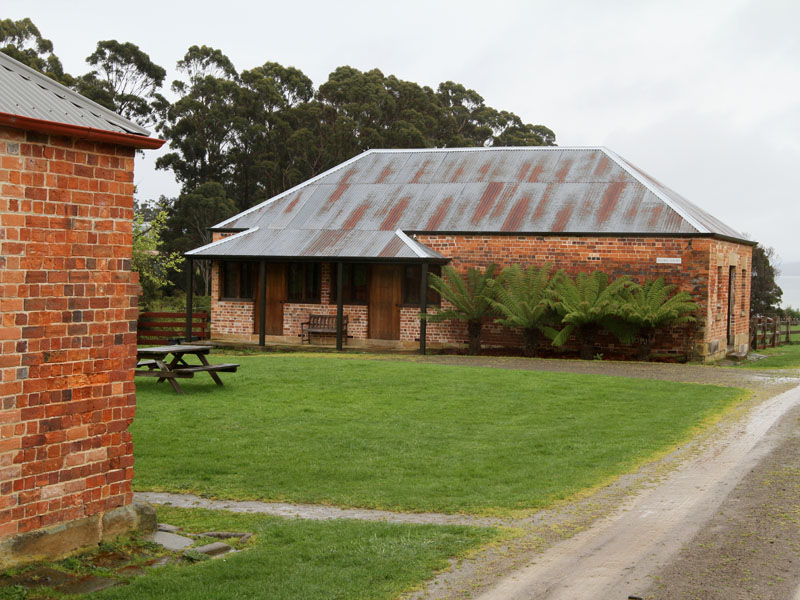 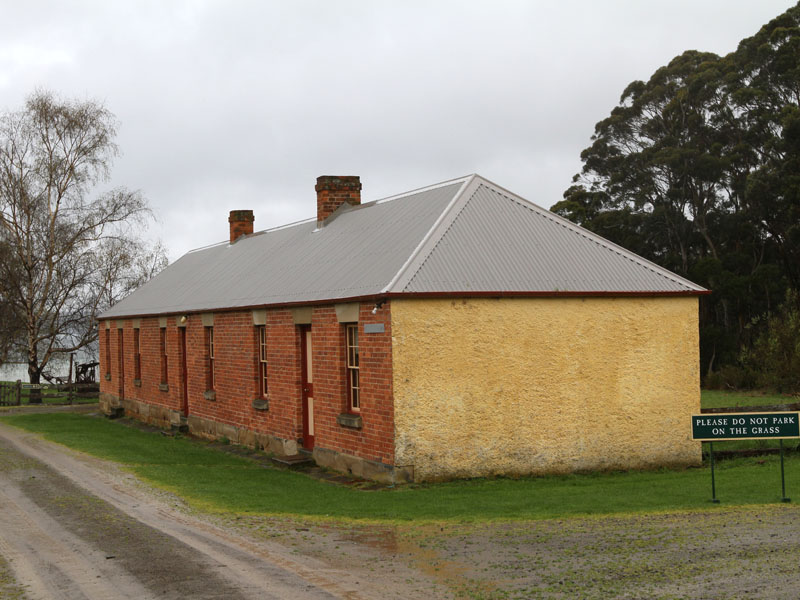 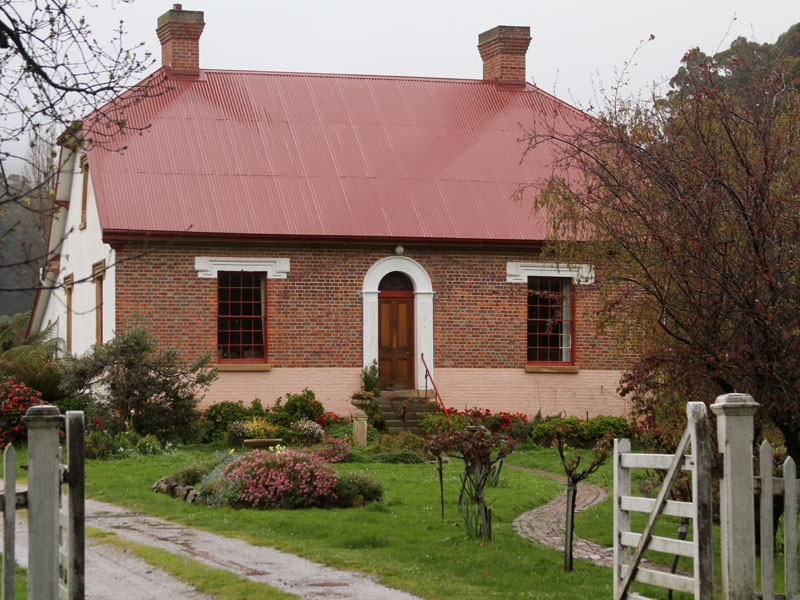 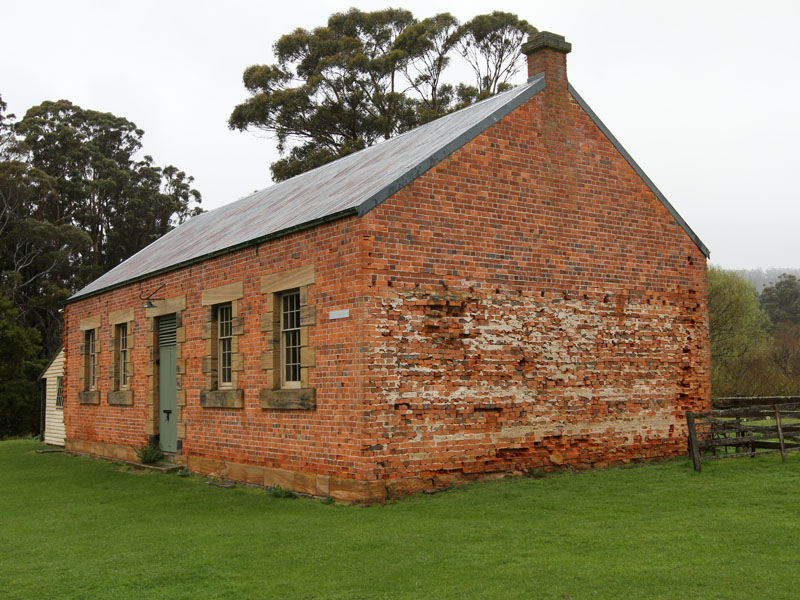