Small settlement on the edge of Lake Argyle and near Argyle Downs Station.

Lake Argyle Village was the original construction site for Lake Argyle Dam. Today it is the remnants of the village with the main local attractions being the genuinely interesting Argyle Downs Homestead Museum and the vast Lake Argyle, the second largest artificial dam in Australia and the lifeblood of the Ord River scheme.

Located 70 km from Kunnunurra via the Victoria Highway and Lake Argyle Road, Lake Argyle village and the Argyle Downs Homestead Museum are 1,112 km from Broome, 3,284 km from Perth and 826 km from Darwin.

Lake Argyle was named after Argyle Downs, the name given to the huge property established by 'Patsy' Durack and his sons on the banks of the Ord River.

Argyle Downs Homestead Museum
Located on Lake Argyle Road, this is the original home of the Durack family. It was moved to its current site when Lake Argyle threatened to drown it. Here visitors can read the remarkable story of Patrick Durack, known as "Patsy", who was born in County Clare, Ireland in March, 1834; emigrated to Australia in 1853; made a fortune on the Ovens River goldfields in the early 1860s; moved to western Queensland in 1868 and bought and sold land; and then, in 1882, hearing good reports of the land in the Kimberley, decided to move and "take up land on the Ord River and the Emanuels on the Fitzroy. From Thylungra station Durack organized the droving of 7,250 head of breeding cattle and 200 horses on a 3000-mile (4828 km) trek, the longest undertaken by Australian drovers up to that time. They reached the Ord River in two years and four months with a loss of half the cattle and several men; the venture cost some £72,000. In 1886 Durack's two elder sons went by sea and set up Argyle station on the Behn River." A generation of Australians know this story because of Mary Durack's best selling story of Patsy titled Kings in Grass Castles. The house and the graves were moved from their original location and re-erected in their present site shortly before 1968 when the Lake Argyle Dam was completed. In the gardens are the graves of Vera Durack who died in 1898 at the age of one, Annie Durack who died in 1898 aged 14, J. J. Durack who died in 1901 aged 48 and two of the station hands. The inscription near the graves reads: "These graves were moved from the original site on Dunham River to protect them from damage by vandals and wild cattle. A rock cairn now marks the original place where Jeremiah Durack, two of his children, William Pace Martin and the stockman Winn were laid to rest. These stones now stand for all to see as monuments to those early pioneers who lived and died in a lonely and hostile land."

Lake Argyle Lookout
Beyond the Argyle Downs Homestead Museum is an excellent lookout which overlooks Lake Argyle and the Lake Argyle dam wall. The view is particularly impressive because this is a dam in the middle of a desert. The bare mountains of the surrounding Carr Boyd Ranges fall steeply into the lake making it look like a desert fjord. At various points in the lake small hills rise out of the water like islands.

Lake Argyle and the Ord River Scheme
The Ord River Scheme was a simple idea to harness the vast amounts of water from "The Wet" which was being wasted; utilise the rich black soils of the area; and exploit the region's proximity to south-east Asia. It was never going to be that simple. The plan was to dam the Ord River in the Carr-Boyd Ranges south-east of Wyndham; build a diversion dam 50 km downstream so that the waters could be used to irrigate about 75,000 ha of land which had previously been used for cattle grazing; generate hydroelectricity for local consumption; and populate the area with farmers who could exploit the economically viable combination of resources. By 1941 the Western Australian Government had established a small experimental farm but it was unsuccessful and was closed down in 1945. That same year a joint Commonwealth-State Research Station was established at Ivanhoe Plain and it experimented with a range of crops. In 1958 the construction of the irrigation scheme started and by 1963 the first stage had been completed. Kununurra was established as the irrigation scheme's main construction town. By 1966 there were 31 farms on the Ord River plains but there were major problems with tropical diseases and birds. Regardless of these problems the scheme progressed and by 1972 the Lake Argyle Dam, one of the biggest artificial dams in the world, had been opened. Fortunately the farmers persisted so that flying into Kununurra today it is easy to see that the Ord River Irrigation Area is a success. Kununurra is surrounded by land where chickpeas, sorghum seed, melons, pumpkins, mangoes, bananas, citrus, irrigated pasture, tropical forests and sugar cane are all successfully grown. Sugar production now accounts for 33% of the cultivated land in the Irrigation Area. For more information check out http://www.lakeargyle.com/discover-lake-argyle/ord-river-irrigation-scheme/. It provides a very detailed history of the scheme

* Prior to European settlement the members of the Miriwoong Aboriginal language group lived and moved through the area.

* The area around Kununurra was first explored by Alexander Forrest in 1879. He travelled through the area and named the Kimberley, the Margaret and Ord Rivers and the King Leopold Ranges.

* In 1883, having become a land agent, Alexander Forrest helped to lease over 51 million acres (21 million ha) in the region.

* In 1887, with the region still sparsely populated, Forrest became the first Member for Kimberley in the Western Australian Legislative Council. This was the year when a pastoral lease at Kununurra was officially earmarked for sugar cane. It was never taken up.

* In the early 1880s the Durack family arrived and progressively established the Lissadell, Argyle, Rosewood and Ivanhoe cattle stations. At the Ivanhoe Station, Durack began experimenting with the possibility of growing cash crops on the rich black alluvial soils of the Ord River valley.

* In 1941 a small experimental farm was established on the Ord River by the Western Australian Government. It was closed in 1945.

* Between 1945-1957 a joint Commonwealth-State Research Station was established at Ivanhoe Plain north of Kununurra. It experimented with growing crops including rice, safflower, linseed and sugar cane.

* In 1958 the construction of the irrigation scheme started and by 1963 the first stage had been completed.

* On 20 July, 1963 the Ord River Irrigation Area was officially opened by Prime Minister R. G. Menzies. Queen Elizabeth and Prince Phillip had visited the dam in March that year.

* By 1966 there were 31 farms on the Ord River plains but the results were mixed and the problems were considerable.

* In 1968 the main Ord River Dam, which formed Lake Argyle, was completed.

* In 1972 the second stage of the Ord River Irrigation Area was completed. The initial problems with agriculture in the area - the tyranny of distance and problems of tropical diseases and birds have been solved and today the area produces watermelons, mangoes, bananas, rice and cotton. Some crops have proved successful and have been sold to markets in south-east Asia.

The Lake Argyle Resort has a useful website with information about the attractions in the area. Check out http://www.lakeargyle.com. 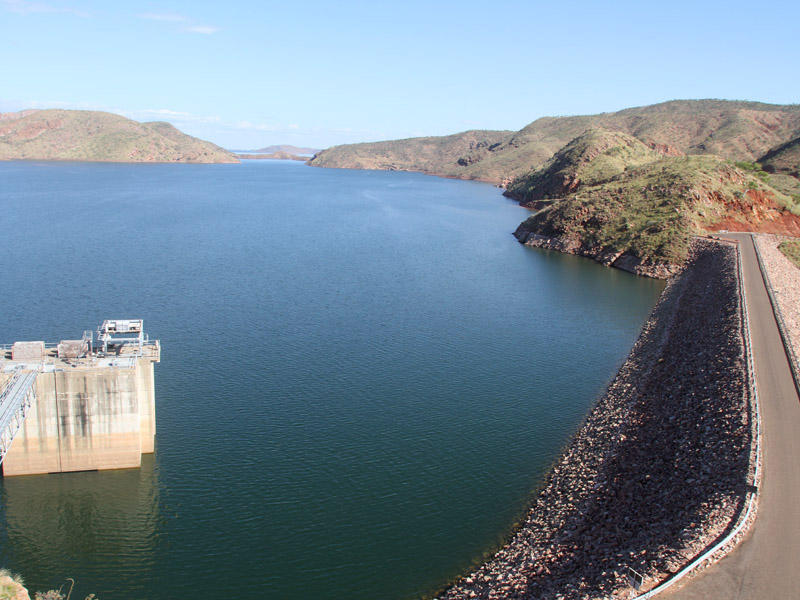 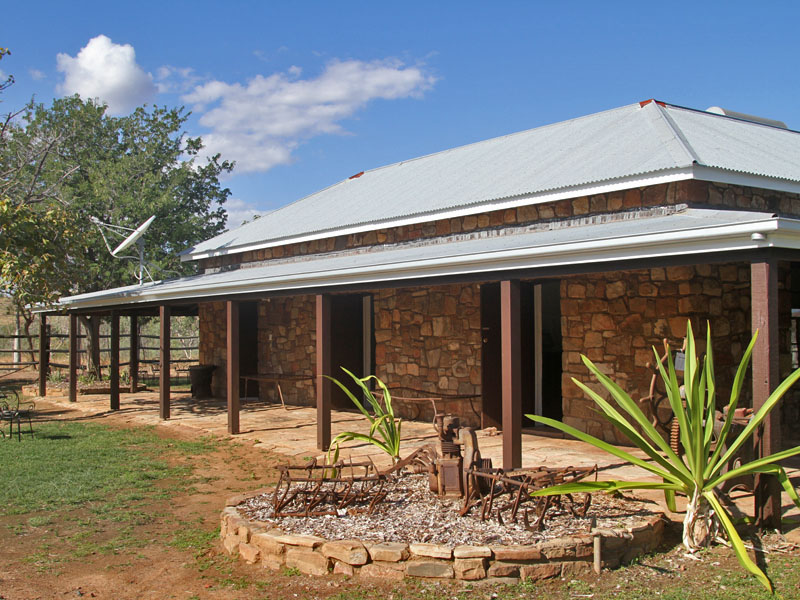 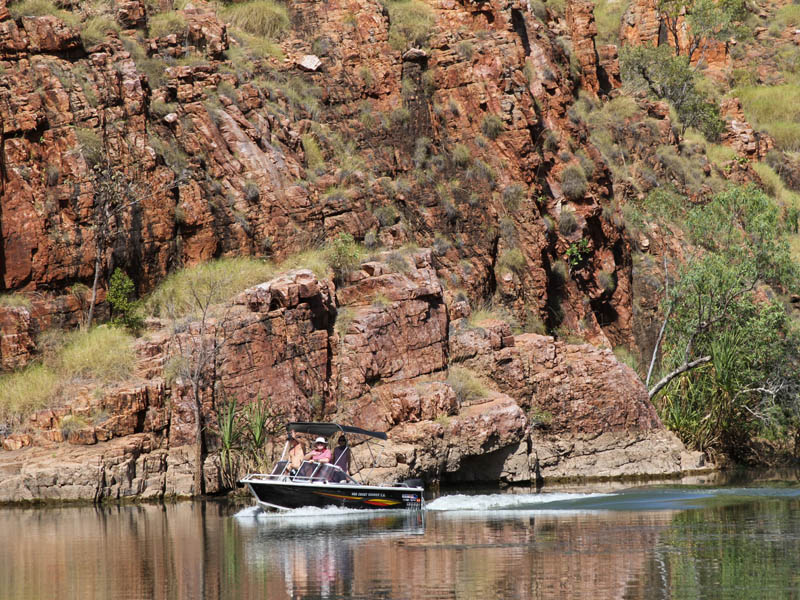 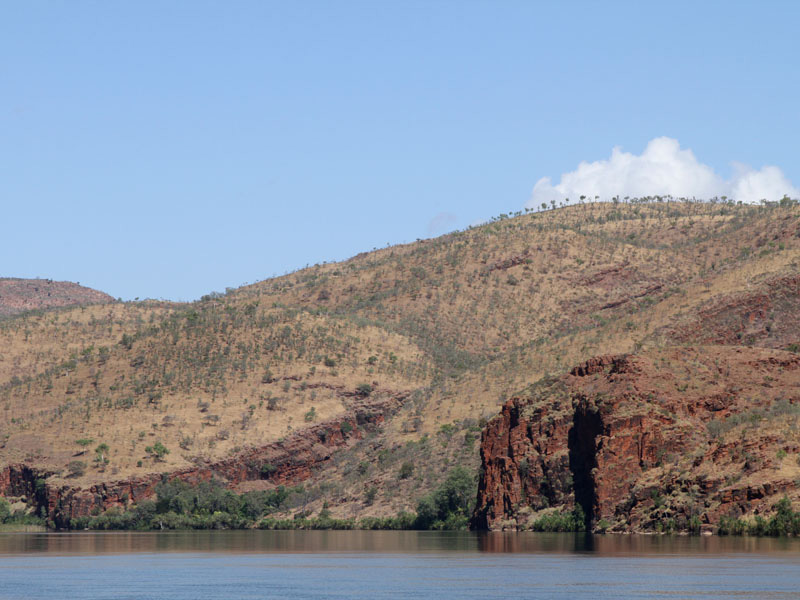 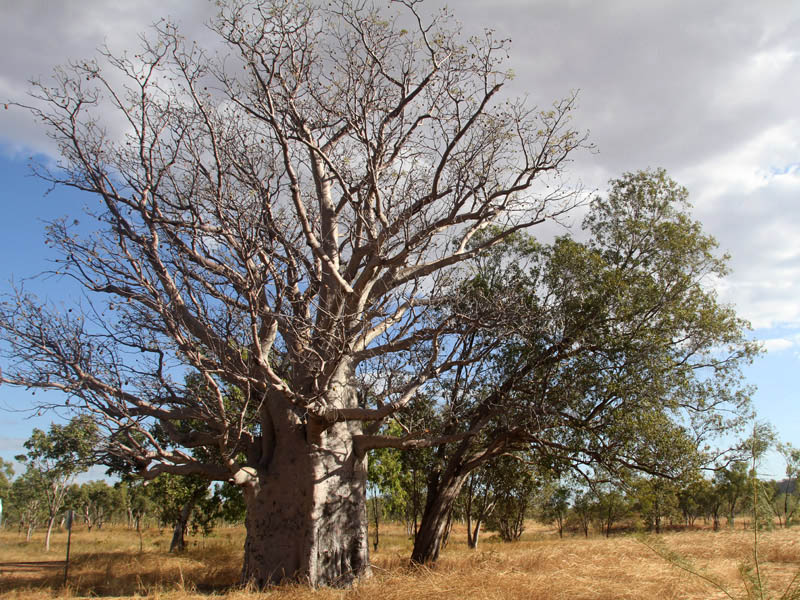