With a temperate climate and situated amidst rolling green hills, Leongatha is recognised as the commercial, educational and civic centre of the South Gippsland Shire and the largest town in South Gippsland. There are a number of significant public buildings on McCartin Street and the town is known as the centre of Victoria's (and Australia's) dairy industry with the huge Devondale Murray Goulburn Dairy being the largest dairy factory in the country. It is an important access point for the beauty of Wilsons Promontory.

Leongatha is 134 km south-east of Melbourne via the South Gippsland Highway and 83 metres above sea level.

The word 'Leongatha' is a Boonwurrung Aboriginal word which probably meant "teeth" or referred to teeth.

Historic Buildings
Court House (1912)
Located at 2 McCartin Street, the Court House was constructed by Frogley & Smith in 1912. The Victorian Heritage Database explains "The Leongatha Courthouse is a characteristic brick and render Federation design with a corrugated iron roof, which was reproduced at Cobram and Kyabram in the north of the state. It is based on a high hip roofed courtroom lit by windows in the upper wall above the ancillary rooms for the clerk and magistrate and the prisoners' holding room, also under hip roofs and located at the east and rear sides. At the front the entry projects forward under a mitred hip with segmentally arched parapets. A rendered battered portal at the front contains three double hung windows surmounted by a sign panel bearing the date of construction. Projecting centrally above the front of the hip roof is a Dutch gable parapet flanked by brick piers and bearing an oval label at the pediment above the Court House sign in slim raised letters at the eaves level." For more information check out http://vhd.heritagecouncil.vic.gov.au/places/30792/download-report.

Post Office (1906-1907)
Located at 4 McCartin Street, the Post & Telegraph Office was designed by J.B. Cohen and constructed by Neil Falconer in 1906-1907 - "Historically, it is believed to be the last such facility in Victoria to be designed and constructed by the State on behalf of the Commonwealth in the immediate period after Federation. It is one of only two such examples in the Shire, and perhaps five in Victoria. It is therefore important in demonstrating the impact of Federation and illustrates the significant civic and commercial development that occurred in Leongatha during the Federation period ... It is a single storey weatherboard Federation building. It has a corrugated iron main hip roof oriented north south and half hips to the side. There are two adjacent projecting gables to the McCartin Street elevation above the main office and the entry. Both are stepped and bracketed with roughcast infills." For more information check out http://vhd.heritagecouncil.vic.gov.au/places/30793/download-report.

Memorial Hall (1925-1926)
Located at 6-8 McCartin Street, the Leongatha Memorial Hall was designed by T.E. Molloy and constructed by Raymond V. Ritchie. The Victorian Heritage Database points out that it is "One of a small group of Shire buildings erected in Victoria as war memorials, it is the largest single memorial erected in the Shire to commemorate the First World War, and the dedication of such a key building as a memorial demonstates the profound impact of the War upon small rural communities.
"Aesthetically, it is a notable exercise in Free Classical design of the interwar period, and is significant as the major work in the Shire of the prominent local architect, TE Molloy. It is the focal part of the highly important group of civic buildings that are an essential part of the historic character of Leongatha." For more information check http://vhd.heritagecouncil.vic.gov.au/places/30794/download-report.

Mechanics Institute (1911 - 1912)
Located at 10 McCartin Street, the Leongatha Mechanics' Institute and Free Library is, according to the Victorian Heritage Database, "it is a notable example of early 20th Century Federation design, unusually and effectively employing concrete blocks in Classical detailing. It is an integral and notable part of the highly important group of civic buildings that are an essential part of the historic character of Leongatha." For more information check out http://vhd.heritagecouncil.vic.gov.au/places/30795/download-report. It is currently being used by the Leongatha and District Historical Society Museum and contains old photographs, maps, toys, clothing, books, kitchenware and farm equipment relating to the town and district. It is open noon - 4.00 pm Thursday and Friday, tel: (03) 5662 2492.

Moss Vale Park
Located 14 km north of Leongatha, on the Tarwin River, is Moss Vale Park which was first developed in the late 1880s. It is noted for its English and European ornamental trees and shrubs. The park was developed by Francis Moss who developed a substantial nursery and planted vast quantities of deciduous trees. Moss emigrated from County Durham, England in 1851. He settled at Moss Vale Park in 1888. At the time it was 1,000 acres of virgin scrub and forest. It has been the venue for the Music for the People concert with the Victorian State Orchestra since 1969. The sound shell was completed in 1980. "Mossvale Park represents the public face of the old nursery, where anyone can come and enjoy the grounds and the magnificent trees that grow throughout the park. Mossvale Park changes its appearance all year round as the seasons come and go, unlike native forests that ostensibly remain much the same throughout the seasons." There are some excellent photos of the park at http://australianimage.com.au/index.php/mossvale-park-south-gippsland.

Great Southern Rail Trail
The Great Southern Rail Trail is a 74 km journey from Leongatha to Yarram. The section involving Leongatha is at the western start of the trail. The Leongatha to Koonwarra is only 7.8 km and starts with a gentle descent past farmland, lowland forest and wetlands. You are likely to see heron and ducks before arriving in Koonwarra, known for its love of food and fine local produce. From Koonwarra to Meeniyan is 8.2 km and, amongst its most compelling attractions, the trail crosses the original 1880s trestle bridges which span the Black Spur creek which is surrounded by lfern gullies. For more details and information check out https://www.railtrails.org.au/trail?view=trail&id=144.

* Settlers began to clear the huge mountain ash trees in the 1870s.

* Settlers tried to clear the land in the early 1880s.

* A town named Koorooman, 10 km north of present Leongatha, was surveyed and a post office established in 1888.

* Leongatha was officially named in 1890. That year saw the first publication of the Great Southern Star, the local newspaper.

* During the recession which followed the land boom of the 1880s the government sought ways to alleviate unemployment and the dangers believed to be associated with it. In 1893 they decided to establish a labour colony and selected Leongatha as a site, due principally to the large forests of blue gum. The colony was intended to be self-supporting.

* Twelve men arrived in 1893 and were housed in tents. From that time until 1903, when it was closed due to the completion of the clearing project, 6,000 men passed through the colony. Corn, sugar beet, broom and flax were all grown and a dairy was established.

* In 1904 the colony reopened at half its previous size. Ten hectares were sold to the Leongatha Butter and Cheese Factory, which purchased the land with a view to establishing a "scent farm", though only lavender met with any success and the land later became a part of the factory itself.

* The town's first agricultural show was held in 1903.

* An Agricultural High School opened in 1912. The Court House also opened that year.

* In 1913 many of the town's buildings were destroyed by a major fire. The local Catholic Church was built out of bricks in that same year.

* The town was connected to State Electricity in 1925.

* Dutch and Italian families were attracted to the district in the 1950s and 1960s. 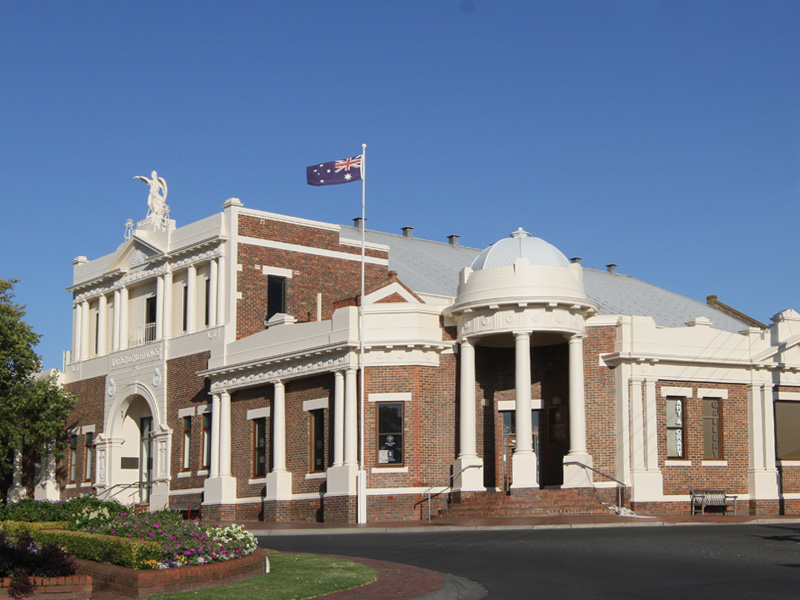 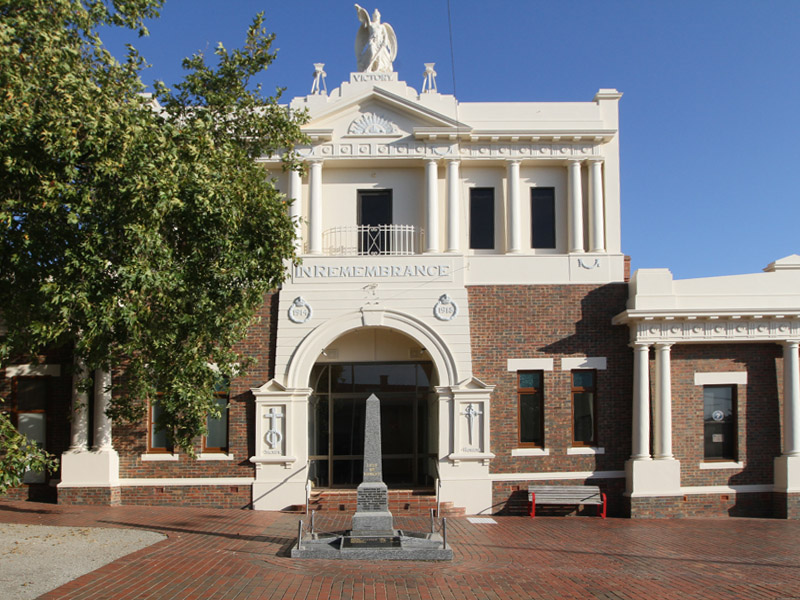 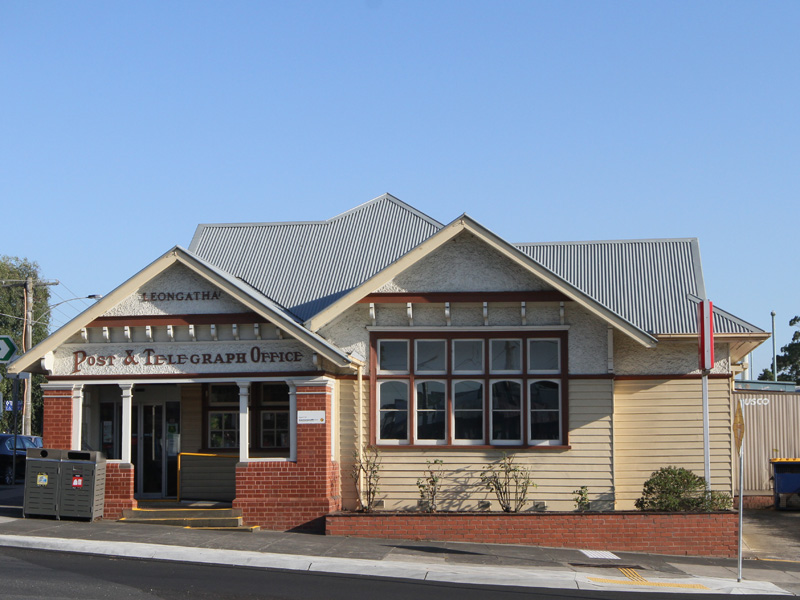 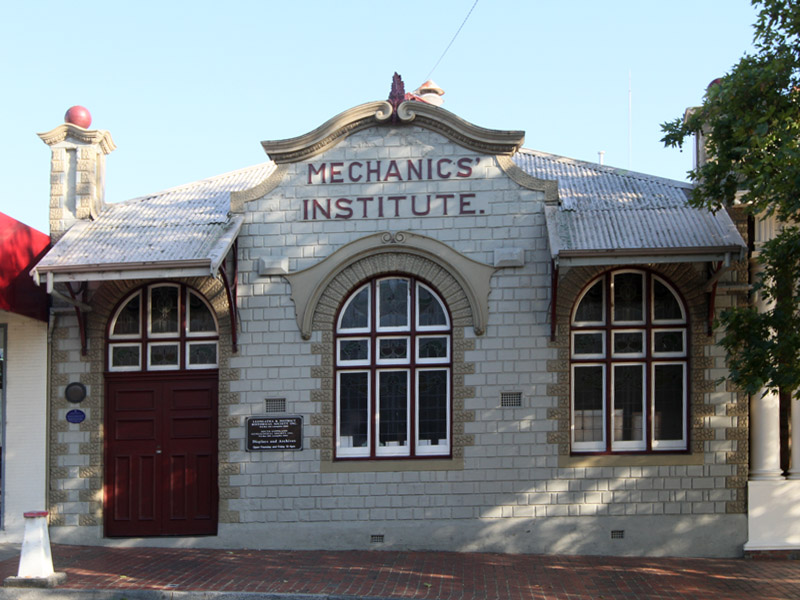 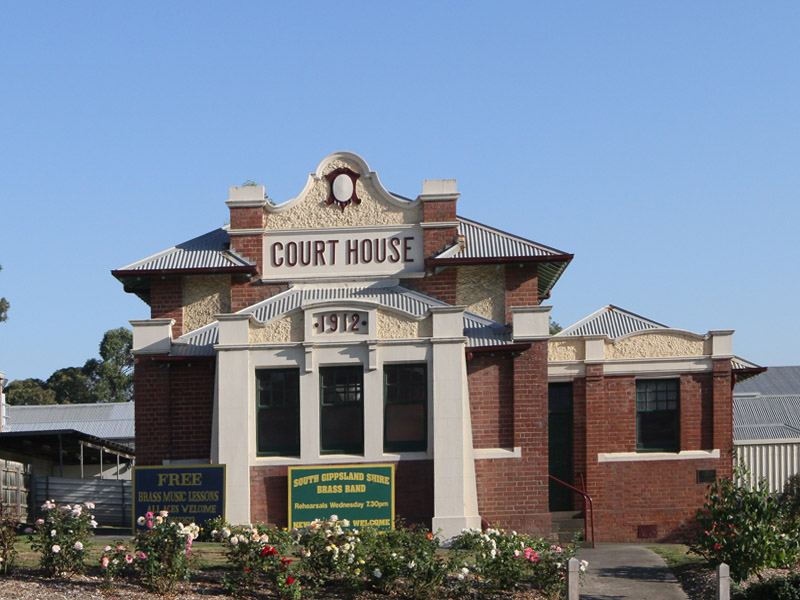 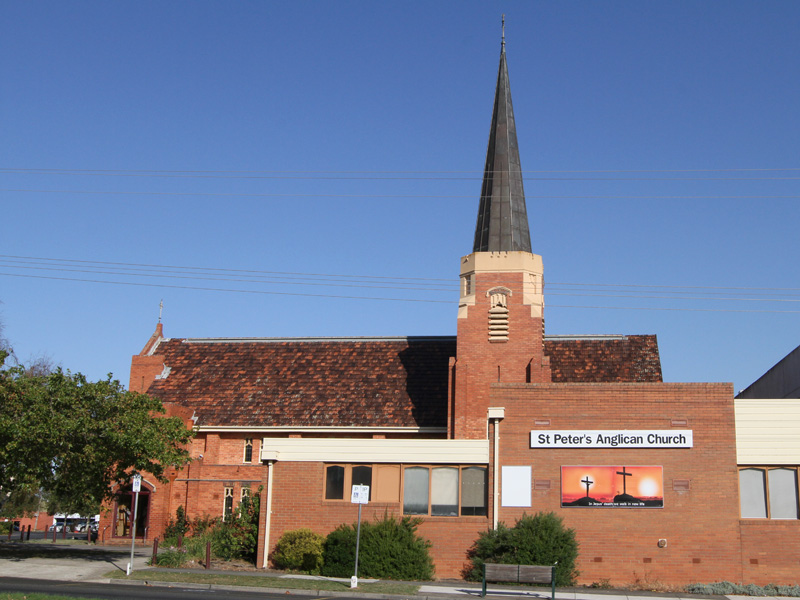