Sister town to Echuca, located on the Murray River

Moama is situated on the northern side of the Murray River - the river is the state border between New South Wales and Victoria. Moama's Victorian sister town is Echuca. In the mind of the local tourism authorities the towns are combined into Echuca Moama and this is reasonable as most of the attractions in the area centre around the Port of Echuca and once a visitor is cruising along the Murray River it is hard to know whether they are looking at the tree-lined bank that is New South Wales or the tree-lined bank that is Victoria.

Moama, located on the northern bank of the Murray River, is 96 metres above sea level; 224 km north of Melbourne and 781 km south-west of Sydney via Albury.

The early European settlers named the river crossing Maiden's Punt but it had already been named by the Yorta Yorta Aborigines who called the stretch of the river 'Moamay' or 'Moammay' meaning "place of the dead". The word was corrupted to Moama possibly because the authorities wanted to call the place Moira.

Moama Court House
Located on Francis Street this elegant Court House was built in the 1880s. It is a symmetrical, two storey brick building with single storey wings on either side. The main facade has a rendered portico with five arches and a flat roof. The windows are arched. It is a Classical style Victorian-era Court House.

Horseshoe Wetland and Floodplain Reserve
Horseshoe Wetland and Floodplain Reserve, located on the north-eastern bank of the Murray River beyond the main bridge, is a tranquil 145 ha bushland area set around a horseshoe-shaped lagoon, a billabong and wetlands. It is populated by over 90 species of birds as well as possums and gliders, lizards, snakes and turtles; and the river, lagoon and billabong are home to native fish. Walking tracks and well maintained boardwalks meander beneath impressive stands of river red gums. An elevated walkway spans the lagoon and leads to Moama Wharf. There is an excellent, downloadable brochure. Check out http://www.murray.nsw.gov.au/images/documents/murray/New%20Site/Recreation/Cycling/horseshoe%20lagoon%20brochure.pdf. The brochure explains: "The area includes a ‘horseshoe’ shaped lagoon, a billabong, and a small depression that fills during high rivers. The environment is typical of floodplains along the Murray River. It provides homes for native birds, animals, plants and fish. The area also contains important environmental features. The reserve is widely used for walking, bird watching, running, bike riding, seed collecting and other low-impact activities. It can also help you to learn about the importance of wetlands and floodplains along the mighty Murray River."

Murray River Paddle Steamers
You have to cross the river to Echuca to join the three Murray River paddle steamers - the PS Emmylou, PS Canberra and Pride of the Murray - for short cruises, lunch and dinner cruises and even overnight stays. The office is located at 57 Murray Esplanade, Echuca, tel: (03) 5482 5244 and https://www.murrayriverpaddlesteamers.com.au. The short cruises typically last one hour or 90 minutes and depart twice daily.

Port of Echuca Discovery Centre
Today the Port of Echuca is a remarkable reminder of the importance the Murray River played in transportation and the opening up of both northern Victoria and the Riverina region of New South Wales. There was a time when Echuca was the largest inland port in the country. Today it can still boast that it has the largest collection of paddle steamers in the world (they are all relatively small which is why it really doesn't compete with the Mississippi) and the PS Adelaide is the oldest wooden-hulled paddle steamer still operating. The activities include the Wharf Walk - a pleasant walk across the red gum timbers that make up the wharf; a cruise on one of the Murray River paddle steamers (they operate regularly between 10.00 am and 3.00 pm and the cruises last one hour or 90 minutes); or a leisurely stroll around the many tourist attractions which have gathered around the Echuca Wharf.

Club Marine Southern 80
Dating back to 1964 and reputedly the world's biggest water ski event "this Water Ski Race takes place on the Murray River between Torrumbarry and Echuca on the second Sunday in February each year. The event is a two up water ski race, which covers the river from Torrumbarry to Echuca. There are over 120 bends in this part of the river. The race attracts over 500 entries from all over Australia with international representation from New Zealand, Great Britain and the USA." For more information check out http://www.southern80.com.au/History/WhereItBegan.html.

* Prior to the arrival of Europeans the district was occupied by the Yorta Yorta Aborigines who called the area 'Moamay' or 'Moammay'.

* The explorer Charles Sturt passed through the district while overlanding cattle from Sydney to Adelaide in 1838.

* The first European to settle in the area was a British-born ex-convict named James Maiden, who took up the Perricoota station c.1843-45.

* The area became known as Maiden's Punt when Maiden established a punt service and an inn on the northern bank of the river around 1845. It was the first cattle crossing on the Murray River and became a vital route across the river.

* In 1846 Maiden opened a hotel, the Junction Inn, which was located at the intersection of five major roads from the north, west and south.

* The area was surveyed and a town site was reserved in 1848. Already there was a laundry, blacksmith, shoemaker, carpenter and two carriers in the tiny settlement.

* In 1851 a post office was established and the town was gazetted as 'Moama'.

* By 1851 Moama became a large cattle market supplying meat to the goldfields.

* In 1852 the Mary Ann became the first paddle steamer to trade on the Murray. Moama was the furthest upstream it travelled on its maiden voyage.

* By about 1856 Echuca had become the dominant centre. Hopwood persuaded the Victorian government to make Echuca the terminus of the Melbourne railway line. Echuca became the colony's largest inland port.

* A flood nearly destroyed Moama in 1867. It was followed by a second flood in 1870 and consequently the buildings were moved to higher ground.

* Perricoota station was subdivided for selection in 1875.

* A private railway from Deniliquin reached Moama in 1876.

* The Maloga Christian Mission settlement was established to the north of Moama in 1874. Some fifty Aborigines moved to the mission over the next decade.

* The Cummeragunja mission was established in 1881.

* In 1891 a new wharf was built but it was rarely used. It became popular as a place where Moama children learnt to swim.

* Small farms were given to the Aborigines in 1898.

* The Watson Brothers established irrigation on their run in 1911. It was the beginning of citrus production in the area.

* The railway from Deniliquin was taken over by the Victorian government and connected to the state system in 1923 at Echuca.

The official local website is http://www.echucamoama.com. It has useful information about booking river cruises, accommodation and eating. 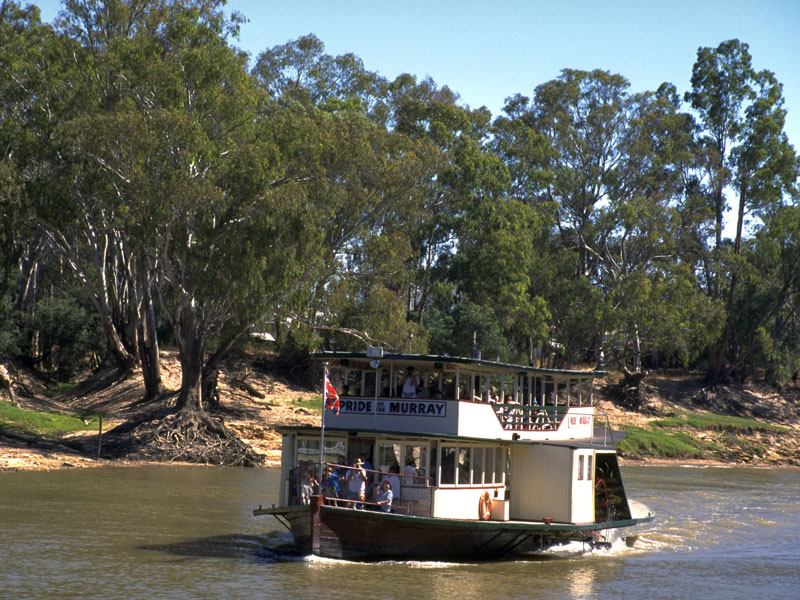 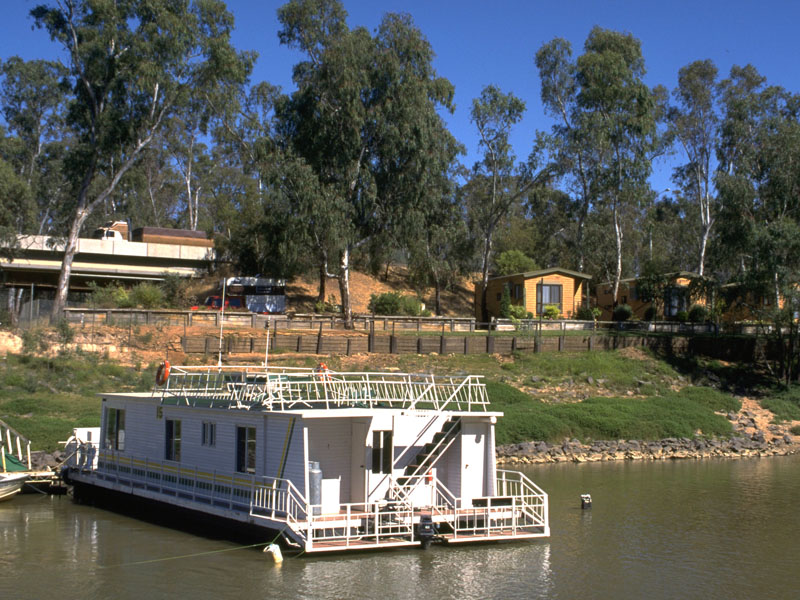 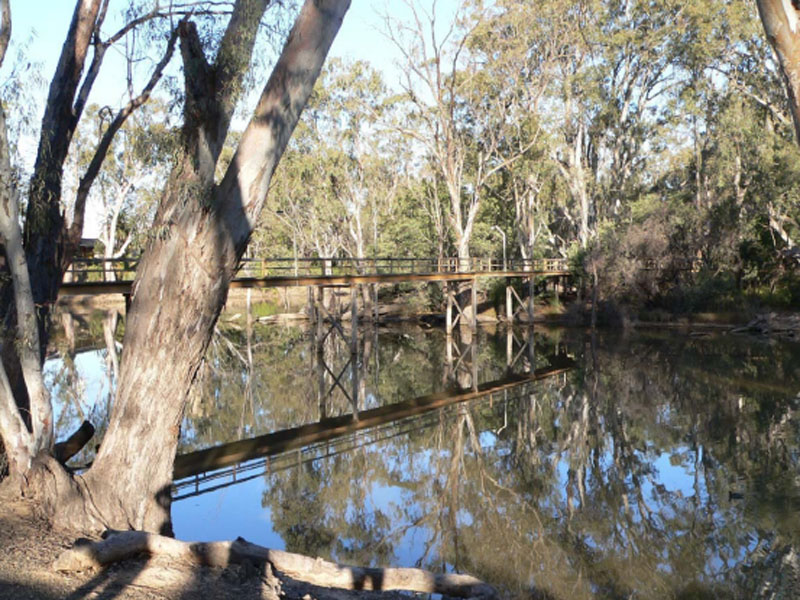 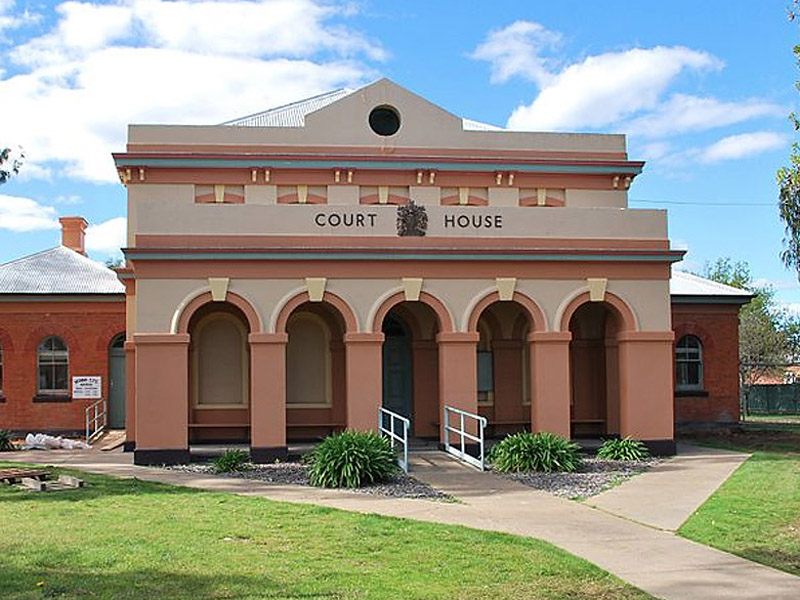 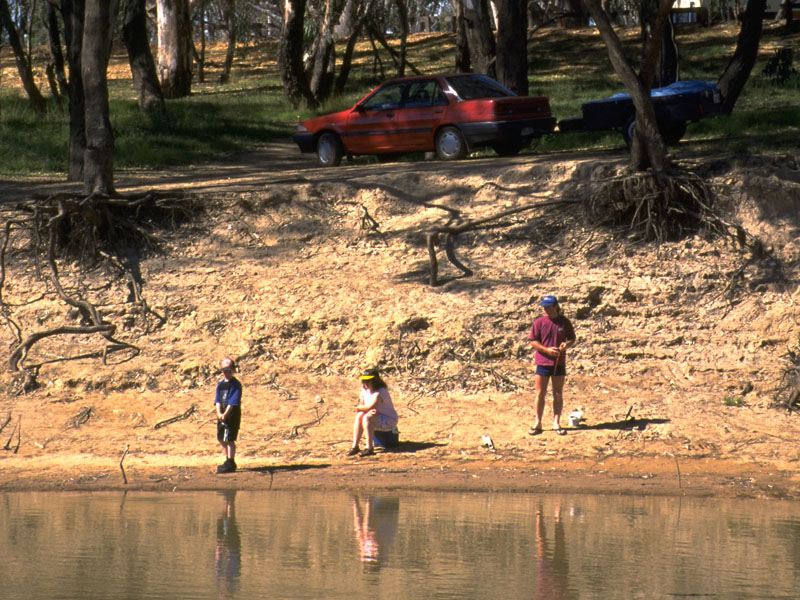 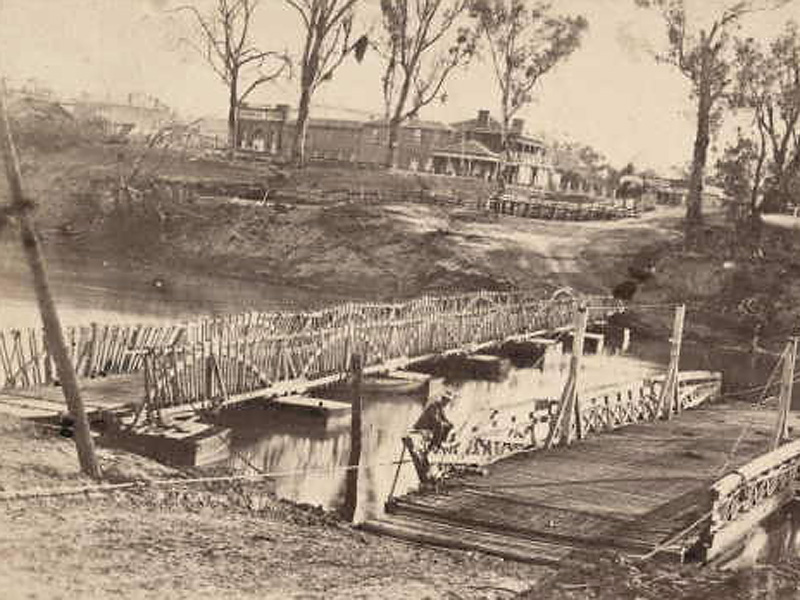