Historic river port on the banks of the Murray Rive

The quaintly named "Rural City of Murray Bridge" is the major centre on the Murray River north of Lake Alexandra. Located 26 metres above sea level, it is a typical sprawling rural centre surrounded by a major agricultural district which is driven by dairying, chicken raising, pig breeding, tomato and snow pea growing. The "city" has a collection of notable historic buildings but the main attractions in the area are the cruises up and down the Murray River and the remarkable "open" zoo at Monarto.

Murray Bridge is located 76 km south-east of Adelaide on the Murray River north of Lake Alexandra.

Although it is named as an example of the "bleeding obvious" (ie a bridge across the Murray River) it seems the tiny settlement was first named in 1879 when a road bridge was built across the river. It was subsequently named Edwards Crossing but returned to Murray Bridge when a new railway bridge was constructed in 1924.

Rail & River Walk 1
3. Diamond Park - which was named to celebrate the Diamond Jubilee of Queen Victoria in 1897. It includes a War Memorial and a German World War I cannon.
4. St John the Baptist Pro-Cathedral - Built in 1887 it is the smallest cathedral in the country. It is located in Mannum Road.
7. Mural - located in Third Street this remarkable 30 m long by 5 m high mural was painted by locals in 1995. It depicts the history of the district from the Dreamtime to the present day.
10. Old Houses - Located in First Street these old houses, which date from 1893, were made from limestone and lime mortar with large verandas to keep them cool in summer.
11. Railway Station - this impressive building with a handsome facade was built in 1886. There is now only one train a day running between Melbourne and Adelaide.
15. Roundhouse and Garden - built in 1874 for the overseer of the bridge works, this impressive dwelling with its wide verandas and views over the river is now open to visitors between 11.00 am - 3.00 pm on Saturday and Sunday.
16. National Trust 700 metre iron bridge (1873-79) - the "Murray Bridge" is now classified by the National Trust. It was built of iron between 1873-1879 and is 603.5 metres. It was used by trains for 40 years and during that time toll gates were installed to control other traffic across the bridge.
21. Railway Bridge - replacing the old bridge, this bridge was opened in 1925 to connect Adelaide with the eastern states. If you look below the bridge you will see the town's historic wharf which was used by paddle steamers and barges.
22. Old Pump House (1897) - this pump house was used to pump the town's water supply from 1897-1960.
23. Bridgeport Hotel (1884) - located on the hill it provides an impressive view of the Murray River.
25. Town Hall (1910) - this handsome building was opened in 1911 with the clock being added in 1953.

Rail and River Walk 2
33. Wharf - The Captain Proud P.B. is moored at this wharf which was a vital link when the river was the main transport route for cargo and trade.
40. Sturt Reserve Monument - Captain Sturt set foot on the banks of the Murray here in 1830. The monument celebrates the centenary of that event.

The Captain's Cottage Museum
Located at 12 Thomas St this cottage was built for Captain Johnson in 1890 and purchased by Murray Bridge Council in 1990. It has been carefully restored and features "the history of Murray Bridge and the surrounding areas displaying an extensive array of photos, model boats, trains, cottages and toys, historic engines and farm machinery from an era long gone but not forgotten. Housing a large collection of photos and memorabilia, every display tells a different story of pioneering life in the Murraylands, from the dairy industry, with a full model dairy, to the magic of the paddle steamers and the railways.  Follow the development and growth of the town from an early cattle river crossing to the Rural City of Murray Bridge." It is open Saturday, Sunday and Public Holidays 10.00 am to 4.00 pm. Check out http://community.history.sa.gov.au/captains-cottage-museum or tel: (08) 8531 0049.

Lavender Federation Walking Trail
There is an excellent description of the trail on http://lavenderfederationtrail.org.au/web/trail-description. "Beginning at Sturt Reserve, Murray Bridge on the banks of the Murray River, the Trail meanders past historic buildings, old riverboats undergoing restoration, past important wetland systems through to Rocky Gully Reserve on the outskirts of Murray Bridge. This spectacular gully boasts steep rugged gorges with rocky outcrops and an abundance of native flora and fauna. Keep following the main trail and you may glimpse exotic animals as you pass the Monarto Zoological Park, an open range Bio Park. Continue over grazing land and through forests to the eastern rim of the Bremmer Valley. Then travel past abandoned stone farm houses, copper mines, along timeless creeks, over rock outcrops and ridges with views over the countryside. The trail makes its way to the summit of Mt Beevor, the most spectacular view of them all. To the north, the bush clad summit of Wirra Wirra peaks and the Barossa Range break the skyline, with glimpses of the Murray River to the east. On the edge of vision in the south, Lake Alexandrina stands out against the sand hills of the Coorong National Park and the Southern Ocean while to the west, Mt Barker, Mt Lofty, Harrogate and the Bremmer Valley complete the scene. From Mt Beevor summit it’s a short walk via a spur trail to Diggers Rest north of Harrogate or continue to Tungkillo situated on the Adelaide to Mannum Road through quiet back roads, across creeks with an occasional glimpse of kangaroos. A loop trail north of Tungkillo allows a pleasant day walk or continues on the main track past spectacular rocky outcrops, open grazing country with views back to Mt Beevor and across the Murray Mallee. Gradually, glimpses of grapevines come into view as the trail passes close to Springton, Eden Valley, Keyneton, Moculta and Truro. Loop Trails at Springton, Eden Valley and Moculta and spur trails at Keyneton and Truro connect to the main trail."

Swanport Wetlands
Swanport Wetlands can be accessed from Long Flat Road on the eastern side of the Murray River. The Wetlands are a recreation reserve that covers an area of 19.4 hectares including 3.5 hectares of open water. Visitors can walk through the wetland on the board walk or relax and have lunch under the covered picnic area. The wetland, which is on the bank of the Murray River, is home to a wide variety of frogs and birds.

Casuarina Walk
Casuarina Walk Reserve is accessible from Casuarina Walk at the south-east of the city and is an open walking trail that follows the wetlands. There is seating available and a path that leads to Parkview Reserve which has a playground for children. The downloadable brochure - https://www.murraybridge.sa.gov.au/webdata/resources/files/G173%20Trails%20Brochure%20Murray%20Bridge_INTERNAL.pdf - has a good map of the walk and the wetlands areas.

Monarto Zoological Park
Located beside the Old Princes Highway this 1000 ha zoo is a sublime combination of an open range zoo (you are protected and the animals roam free) and, like most modern zoos, close up and personal experiences with animals. During the course of a day visitors can travel across the local grassland and mallee scrub and see over 50 species of native and exotic animals including herds of bison, wild dogs, ostrich, eland, zebra, deer, hyenas, rock wallabies, giraffe, wild horses as well as cheetahs, chimpanzees, Tasmanian devils, white and black rhinos, meerkats and  blackbucks. It is open from 9.30 am - 5.00 pm, 7 days a week and is a not-for-profit part of Zoos SA. For more details tel: (08) 8534 4100 or check out http://www.monartozoo.com.au. The website proudly points out that "Monarto plays a major role nationally and internationally breeding rare and endangered animals. An extensive behind the scenes native breeding facility is responsible for maintaining a Tasmanian Devil insurance population and has seen success breeding the Greater Bilby, Blank-flanked Rock Wallaby, Brush-tailed Bettong and Mainland Tammar Wallaby, all of which have been used for wild release programs. The zoo has also experienced great success in recent years breeding its first Chimpanzee infant, Cheetah, African Lions, Przewalski’s Horses, Spotted Hyenas and Southern White Rhinoceros to name a few."

Paddlesteamers
The M.V. Proud Mary offers four cruises which are either a lunch cruise on Monday from Mannum or two and five day journeys up the Murray River. These last two cruises depart from Murray Bridge. The two day cruise (two nights - Friday and Saturday) makes its way up river to Mannum. Meals comprise buffet and barbecue. The five night Adventure Cruise, which leaves on a Sunday, travels upstream to Swan Reach and the first of the locks on the River Murray. Check out http://www.murrayriver.com.au/proud-mary-1279/ for prices and itineraries. There is also a three hour lunchtime cruise on the  P.S. Captain Proud. It is a modern boat built in 1985. Check out http://www.captainproud.com.au for prices and bookings.

* Prior to European settlement the area was inhabited by the Ngarrindjeri Aborigines.

* The first European into the area was Captain Charles Sturt who rowed a whale boat down the Murrumbidgee in late 1829 and reached the junction with the Murray River on 14 January 1830. He passed Murray Bridge in early February and reached Lake Alexandrina on 9 February, 1830.

* It wasn't until the establishment of Goolwa at the mouth of the Murray in the 1850s that the river became a major transport route.

* The town of Murray Bridge was established when a road bridge over the Murray River was completed in 1879.

* In 1886 by the Adelaide-Melbourne railway line which guaranteed that the town's importance as a vital link across the river was assured.

* The land was sold in Adelaide in 1884 under the advertisement: "Murray traders, woolwashers, builders and all men of enterprise. Give heed to what is now offered to you."

* A new railway bridge was constructed across the river in 1924.

* The town's most recent Swanport Bridge, which was built five kilometres downstream from Murray Bridge, was completed in 1979.

* In 1993 Monarto was officially opened to the public.

There is a detailed and useful local council website. Check out https://www.murraybridge.sa.gov.au/page.aspx. 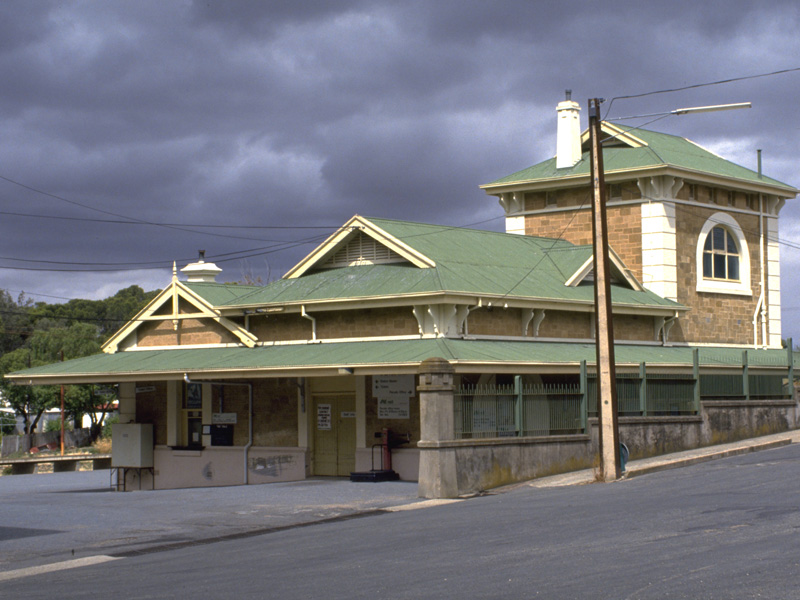 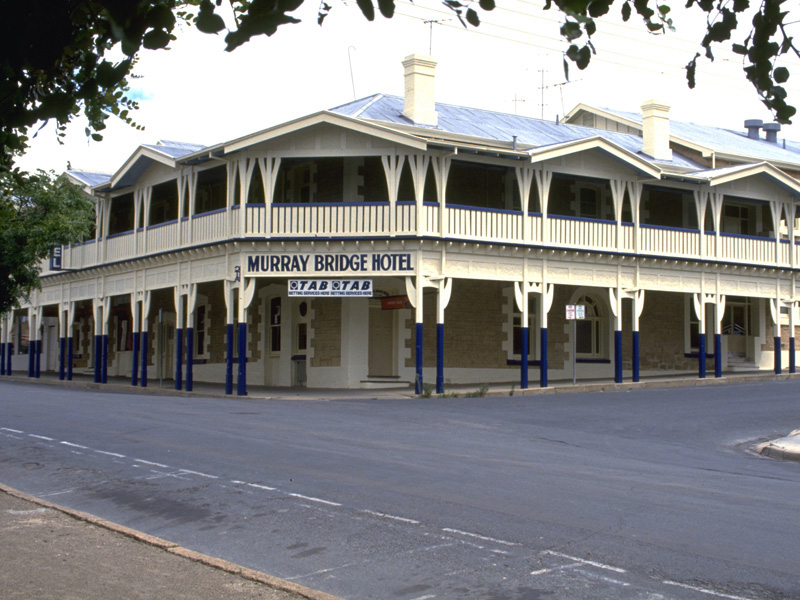 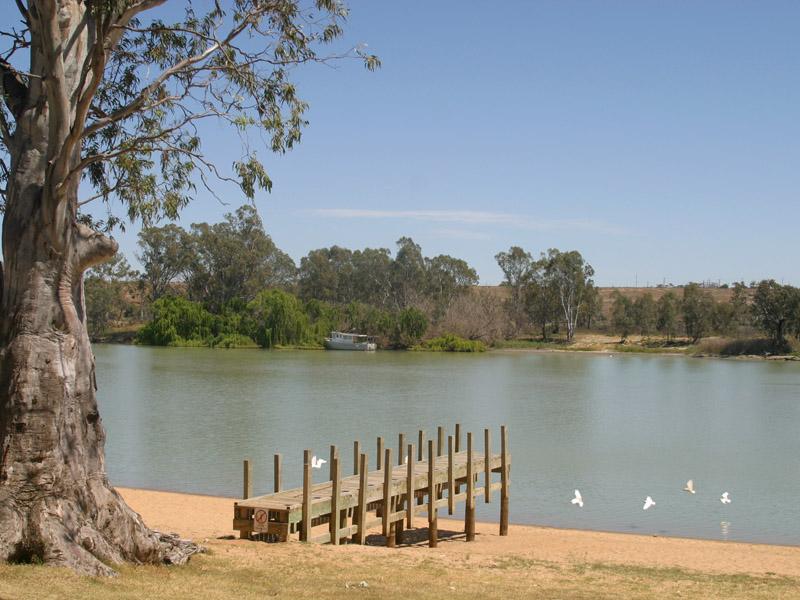 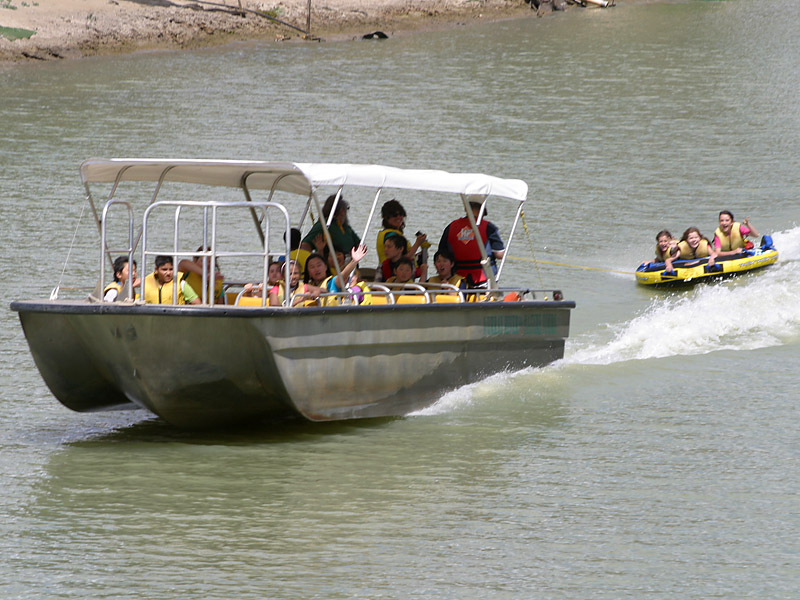 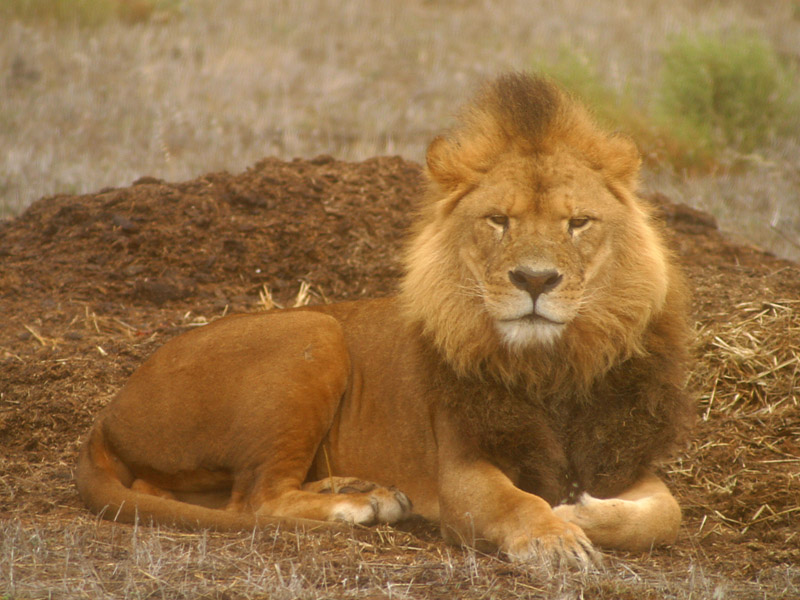 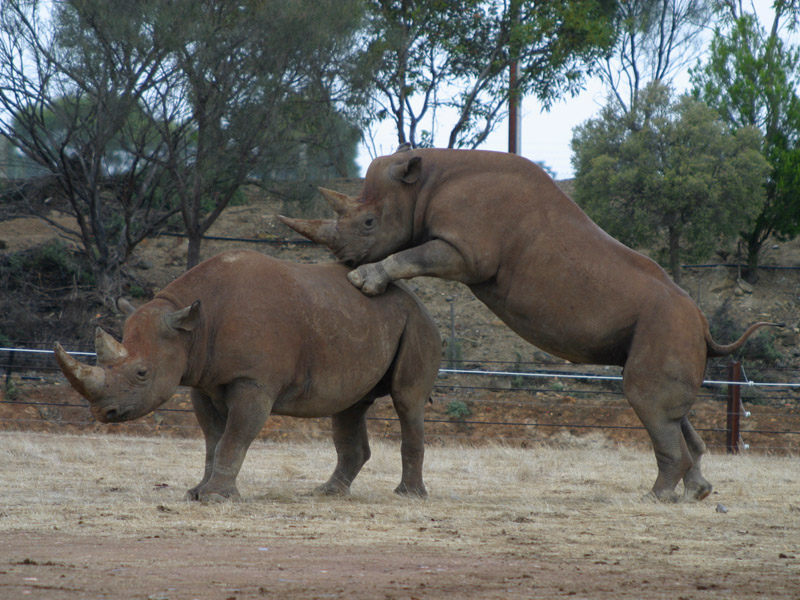 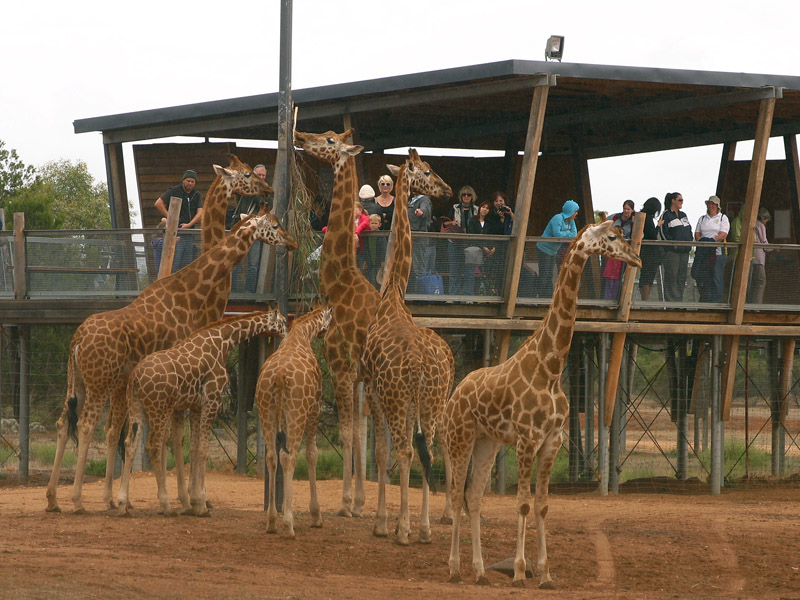