Nambour may lie at the heart of the Sunshine Coast but, critically, it is not on the coast and thus it is a more conventional suburban service centre (rather than a coastal holiday destination) which has grown to serve both travellers on the M1 (Bruce Highway) and people living in the surrounding agricultural and suburban areas. It is a town of supermarkets rather than historic buildings; a town where the sugar railway line crosses the Bruce Highway and runs down the middle of the main street. But, for holidaymakers, most critically it is the home of the Big Pineapple.

Nambour is located 30 m above sea-level and 104 km north of Brisbane via the M1.

The town that grew up in the area around 1870 was known as Petrie's Creek. It was renamed Nambour in 1891. The name, a local Aboriginal word (Naamba) meant red flowering tea-tree (Callistemon viminalis) or its bark. It had been the name given to the first cattle station in the district which had been selected by William Samwell in 1870.

The Big Pineapple
The major attraction in the area is the Big Pineapple which lies south of the town. It has had a chequered history. The idea of Bill and Lyn Taylor, local pineapple farmers who had established a 56 acre Sunshine Plantation, it was opened on 15 August, 1971. In 1978 the tropical fruit market and the restaurant were destroyed by fire. They were hastily rebuilt and the complex opened again three months later. The official opening by the Governor General expanded the complex to include a Macadamia Factory and a Nutmobile Tour. Sunshine Plantation was sold in 1981 and in 1986 it was expanded to 113 ha with the Big Pineapple being moved 15 metres to accommodate a new, expanded reception area. In 2003 it suffered from an inability to pay its taxation bills and was forced into an arrangement with its creditors.
Today it specialises in:
(a) The Big Pineapple and Pineapple Train operate every day from 9.00 am - 4.00 pm. The Big Pineapple is still an excellent viewing platform and the train, as the website explains, is "the biggest, curviest and steepest climbing track Queensland Railway has to offer. The heritage listed Pineapple Train explores the rainforest, orchids, bamboo forest and passes our neighbouring zoo animals. While travelling aboard pram and wheel chair friendly carriages will you be sitting where the Royal Family did in the 70’s and 80’s during their visits to Queensland? Or will you be sitting where you get the best view of the chocolate tree or the Albino Wallaby?"
(b) Wildlife HQ - in 2014 the Alma Park Zoo, which had been operating for 45 years, was forced to close because of local housing development. The 200 animals were all moved to the Big Pineapple and are now part of the attractions. Check out https://whqzoo.com for prices and additional information. One of the zoo's strongest attractions is the "animal encounters" with koalas, lemurs, baboons, red pandas, sun bears, binturongs, tamarins, marmosets and a boa constrictor.
It also has a shop (open from 6.00 am - 3.00 pm) and a function centre. The Big Pineapple is located just off the Bruce Highway, along the Nambour Connection Rd, at Woombye. It is open daily, tel: (07) 5442 3102. Check out http://www.bigpineapple.com.au for more details.
In 2016 when I visited it, it looked like a pale shadow of its former self. The car parks were virtually empty. The Big Pineapple was in desperate need of refurbishment and a coat of paint. And the once-booming business of the cafe was reduced to a small, roadside cafe which seemed rather sad. I'll be happy to hear that it has changed but, at the moment, it really looks as though it is about to close.

Nambour Museum
Located at 18 Mitchell Street, Nambour and open Wednesday and Saturday from 1.00 pm - 4.00 pm, the Nambour Museum, located in what used to be the Nambour State School (1908), has a wide range of exhibits and displays including spaces devoted to the Pacific War and a room devoted to locals involved in wars; an extensive Scout display with the collection dating back to 1909 when the 1st Nambour Scouts were created - only a year after Baden Powell formed the Scout movement; the complete contents of Bill Potter’s boot mending business; fashion displays including vintage bridal gowns, jewellery, lingerie, handbags, hats & shoes; a complete historic kitchen and laundry; the Nambour Hospital display of historic health care, medical procedures & surgery and the Moreton Sugar Mill’s recreated Board Room, complete with the original wood panelling, tables, chairs & photos. In the Museum’s backyard are tram tracks for the Mill’s locomotive display. Check out http://www.nambourmuseum.org.au for more information or tel: (07) 5441 2119.

Thrill Hill Family Fun & Waterslide Park
Two kilometres north of the Big Pineapple along Nambour Connection Road is Thrill Hill Family Fun & Waterslide Park, which is also open daily from 10.00 am - 5.00 pm, tel: 1800 287 333. Check out http://www.thrillhillwaterslides.com for details. It charges a small entry fee and then timed use of the waterslides.

* Prior to the arrival of Europeans the area was occupied by people from the Gubbi Gubbi First Nation language group.

* In 1862 a timber cutter William Pettigrew recorded the location on a map he drew. He observed that it was a camp and corroboree site for the local Gubbi Gubbi people.

* The first European settler in the area was Matthew Carroll who selected 40 ha in January 1870.

* Carroll was followed two months later by William Samwell who selected 658 ha which he called Nambour. And later in 1870 a third selection was made by Henry Hootan but it was forfeited in 1872.

* In 1885 the Tullababa Hotel became a post office branch with Carroll as the postmaster. By this time two sawmills were operating in the area.

* The town was officially subdivided in 1889.

* The railway reached the town in 1890 and was officially opened in 1891. Blocks were subdivided & new settlers commenced clearing the land to grow fruit, sugarcane & farm produce.

* The Moreton Central Sugar Mill Company was formed in Nambour in 1894.

* In 1917 the first rural school was built in Queensland.

* By 1930 the town had its own hospital - the Maroochy District Hospital.

* By the 1960s the district had been renamed the Sunshine Coast.

* Cane was still cut by hand in the area as recently as the 1970s. This was only because of the hilly terrain which was not suitable for cane-cutting machines.

* In recent times the agricultural base of the area has expanded to include a variety of tropical crops - macadamia nuts, bananas, citrus fruits and pineapples.

There is a useful local website. Check out http://www.nambourtown.com.au. 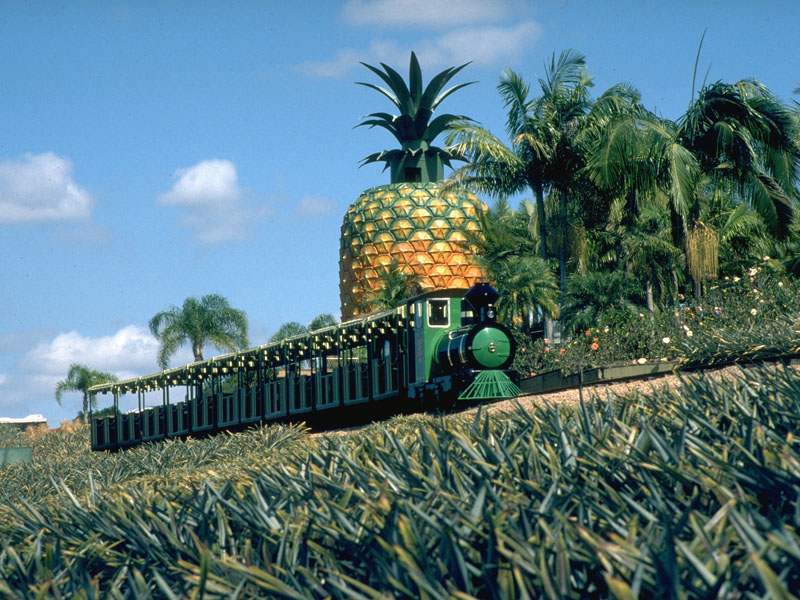 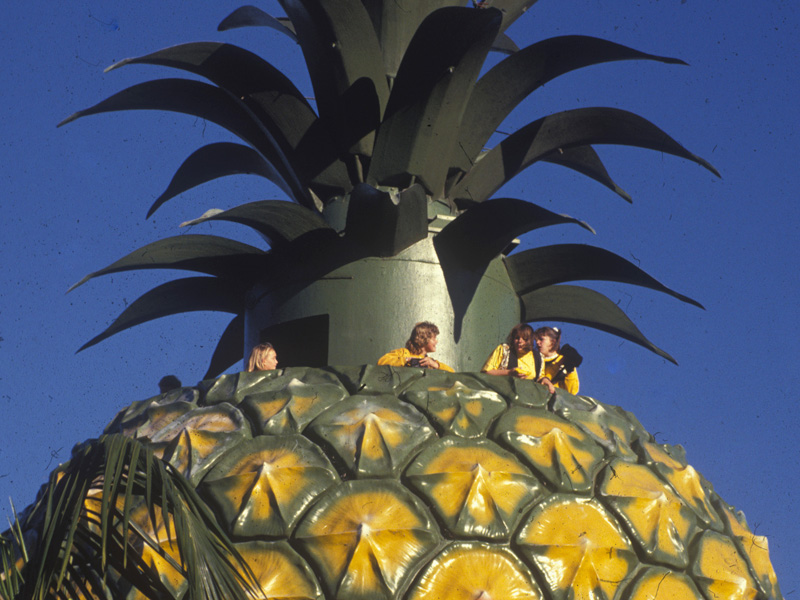