A 'closed' Iron ore mining town in the Pilbara.

Pannawonica is one of the many iron ore mining towns in the Pilbara which was built specifically to house mine workers and their families. Built and owned by Robe River Iron Associates (once known as Cliffs Robe River Iron Associates and now owned by Rio Tinto), Pannawonica provides services and housing for those miners and their families involved in the open cut mining of iron ore in the Robe River valley. Constructed in 1970 and gazetted in 1972, Pannawonica is known as a 'closed town'. There are currently around 600 people employed by Rio Tinto in the Robe Valley. Most of the people working at Mesa J mine live in Pannawonica. Most of the people working at Mesa A mine are fly-in, fly-out workers who live in an onsite camp.

Pannawonica is located 1423 km north of Perth via Geraldton and Carnarvon. It is situated 47 kilometres on a sealed road off the North West Coastal Highway, between the Onslow turn off and Fortescue Roadhouse.

It is claimed that the word 'pannawonica' which the local Aborigines used to describe a nearby hill, actually translates as 'the hill which came from the sea'. The story is that two local Aboriginal tribes were arguing over the ownership of the hill which was located by the sea. The sea spirit decided to resolve the dispute by moving the hill inland. As the hill was dragged over the land it left a deep indentation which became the Robe River. The hill was named by a surveyor in 1885.

Boot Tree
It has become an amusing local tradition for people, when they are leaving the town permanently (as happens with mining towns), to throw their boots up onto the Boot Tree. The tree now has hundreds of boots hanging from the branches. It is located on the road from the North West Coastal Highway (Highway 1) and the town.

Visitor Information Bay
It is important to stop at the Visitor Information Bay. It has a detailed timeline explaining exactly how the town came into existence and the history of the mines and the town. There is also an excellent account of the traditional Aboriginal people - the Kurama Marhudunera - and how the traditional name for the town is Thumah Murrah which means "to sit down around the fire with hands towards the flames, and then to rub the heat into the body". And there is an excellent flora and fauna section which will help identify snakes, lizards and euros as well as corkwood, Sturt's desert pea and pink mulla mulla.

Driving Around the Town
Drive around the town and marvel at 1970s suburbia in the heart of the desert. The history of the towns and mines is fascinating. In 1948 a company named Basic Materials Pty Ltd got government permission and started drilling in the area. Twenty one years later in 1969 the world’s biggest iron ore sales contract was signed in Tokyo between seven Japanese steel producers and Cliffs Robe River Iron Associates. In 1970 the Bechtel Pacific Corporation of San Francisco established a camp and started construction on the mine. In April 1971 A V Jennings (the suburban project home developer in Sydney) won a contract to construct 53 houses, 15 duplexes and 36 single men’s quarters and, amazingly, by October, they were handing over houses to Cliffs Robe River Iron Associates. The town was officially gazetted in 1972. By June all the houses had been built and by August the first shipment of iron ore, bound for Japan, left Pannawonica for Cape Lambert. Then in 2009 Rio Tinto decided to refurbish the town – it was nearly 40 years old – so they refurbished 232 houses, built 126 patios, built a new tavern and put in a toddler’s swimming pool.

Millstream Chichester National Park
Located 148 km from Roebourne, 105 km from Karratha on the Warlu Road and 97 km from Pannawonica (only the road from Karratha is sealed), the 240,000 ha Millstream Chichester National Park is a landscape of spinifex hills, escarpments and tree-lined watercourses. There is also the lush oasis of the Millstream wetlands and Fortescue River pools. The area forms part of the Yindjibarndi homeland and had been a pastoral station, Millstream Station, since 1865. It became a national park in 1970 and was expanded in 1982.
The land around Millstream's water pool supports typical vegetation of the tropical north, such as palms, although introduced species such as date palms and cotton palms have spread out along Millstream Creek. From June to August the winter rains encourage the growth of colourful wildflowers. Black flying foxes, a range of birds and plenty of dragonflies and damselflies are also found around Millstream. Euros are found in the rocky areas and red kangaroos on the plains.
When you visit the park call at the Millstream Homestead Visitor Centre to obtain information on the park’s many features and learn about the interpretative walk trails. The visitor centre, which is normally unattended, has rooms dedicated to the Yindjibarndi people, the early settlers and the natural environment. It offers an important introduction to the park's attractions. There is an excellent, downloadable brochure - https://parks.dpaw.wa.gov.au/sites/default/files/downloads/parks/20140464_MillstreamChichesterNP_v4.pdf - which lists five Millstream Trails and five Chichester Range Trails with information about difficulty levels and attractions.

Chichester Range Trails
Python Pool - 100m – 20 minutes return - a trail along a dry creek bed to Python Pool which is a permanent freshwater plunge pool located at the base of a cliff in the escarpment. The water is often suitable for swimming.
McKenzie Spring - 4.5 km – 2.5 hour return – From the Mount Herbert car park to McKenzie Spring. The spring was once a watering hole for camel and bullock teams.
Mount Herbert Summit - 600m – 25 minutes return – From the Mount Herbert car park to the base of Mount Herbert, and then to the top of the mountain for a panoramic view.
Chichester Range Camel Trail - 8 km – 3 hours one way or 16 km – 6 hours return – the trail crosses the rugged basalt and sandstone terrain of the Chichester Range. It includes steep gradients, natural obstacles and consists of variable surfaces including loose rocks.
Cameleers Trail - 4 km – 1.5 hours return – Follow the trail towards Python Pool and head up the hill. There are natural obstacles including washouts and the surface is loose and rocky. Take time to appreciate the work that went into its early construction.
The Millstream Chichester National Park is situated in a remote area and travel on dirt roads is necessary to access the park. Road conditions change frequently especially in summer with rain. In the cooler months, the park is generally accessible by 2WD vehicles but it is best to contact the park office or the department’s Karratha office beforehand. Check out https://parks.dpaw.wa.gov.au/park/millstream-chichester for detailed information.

* In 1948 Basic Materials Pty Ltd sought a mining lease in the area.

* Pannawonica was constructed in 1970 by Cliffs Robe River Iron (it was eventually taken over by Rio Tinto) as a home for people working in the local mine.

* In 1971 a Bureau of Meteorology station was established in the area.

* The town was officially gazetted in 1972. In January, 1972 a number of 120 tonne iron ore trucks arrived at the mine site. By June housing in the town was completed. By August the first iron ore shipment left Cape Lambert.

* In 1983 the Pannawonica Sporting Club opened.

* In 1988 the road from the North West Coastal Highway was sealed to the town.

* In 1996 the town was hit by Cyclone Olivia which damaged 55 homes and destroyed the recording equipment. It is believed the winds reached 250km/hr.

* In 2009 Rio Tinto undertook a major refurbishment of the town.

* By 2010 Mesa A mine, located 50 km from Pannawonica, was operating with a fly-in, fly-out workforce.

* Iron ore from the town is transported 200 km to the coast by a private railway owned by Robe River Iron. It is shipped to the railhead at Cape Lambert near the town of Wickham.

* In 2011 Pannawonica recorded the highest median income of any town in Australia.

Pannawonica is a 'closed town'. A 'closed town' doesn't mean that it can't be visited by the public. This expression is used by mining companies to describe towns where there are no facilities for visitors (apart from fuel) and where the only accommodation available is reserved for staff of the mining company. The town has a supermarket, milk bar, tavern and hotel. There is also a sportsman's club.

There is a useful local website. Check out http://www.ashburton.wa.gov.au/visit-ashburton/pannawonica. 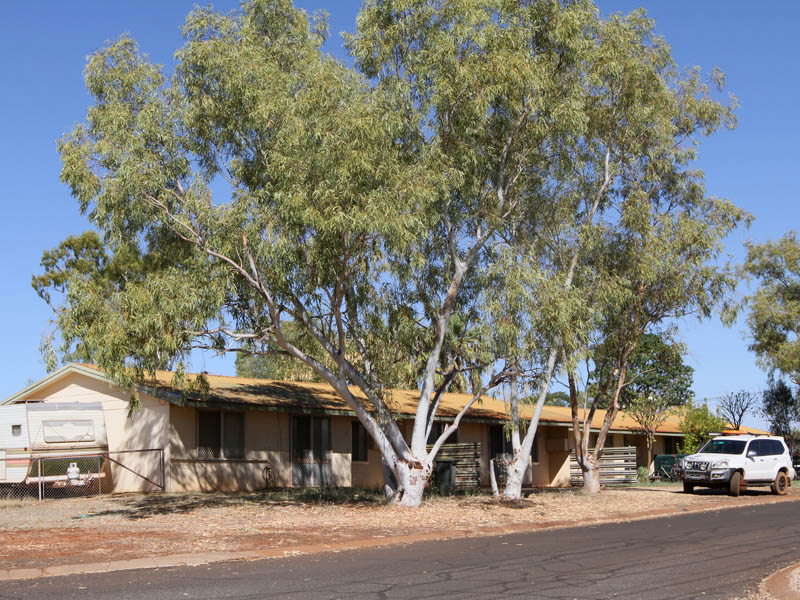 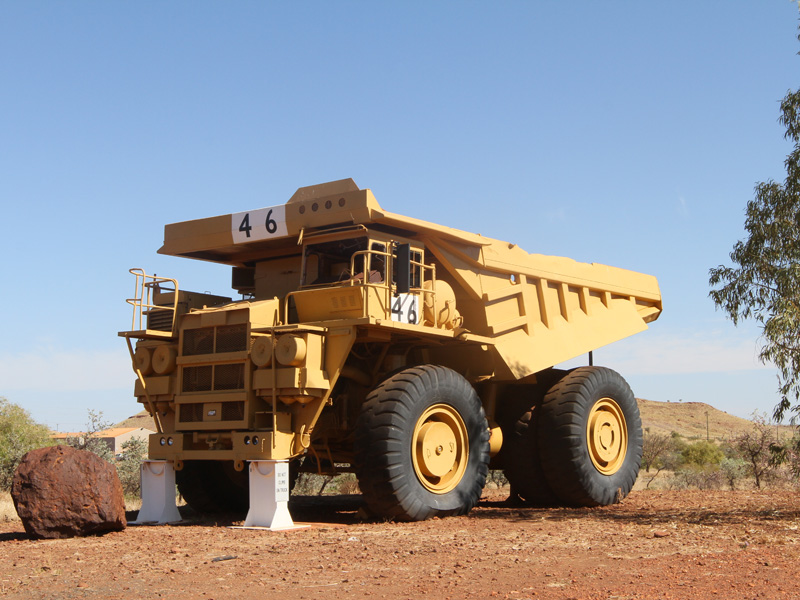 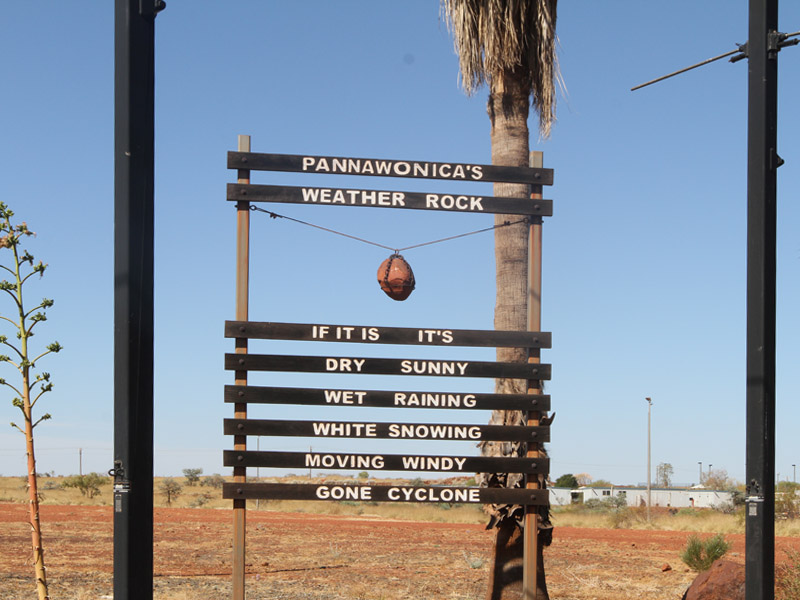 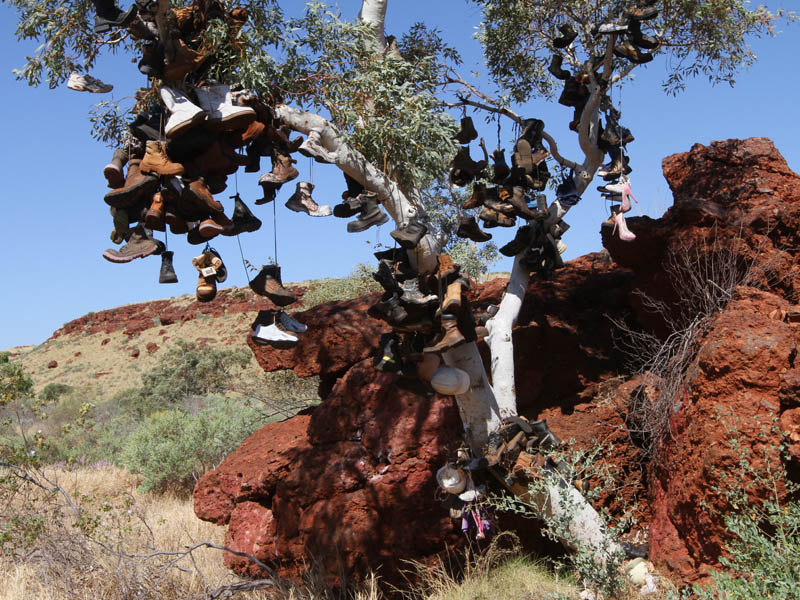 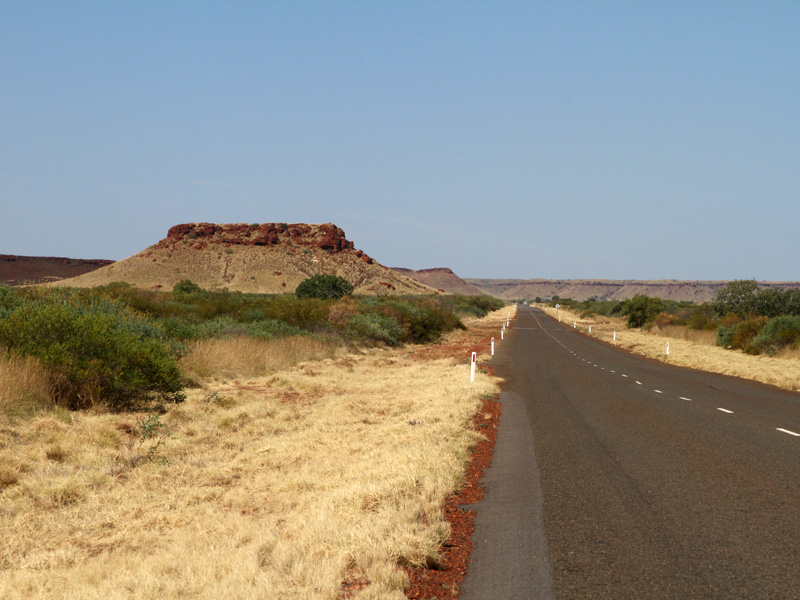