Chic holiday and weekender destination on the Central Coast.

Pearl Beach seems a delightful exception to the prevailing suburban ambience of the Central Coast. It is attractive, very expensive (famous playwrights, TV personalities and advertising executives have holiday homes here) and understated and the local website proudly declares that it is "the most beautiful beach-side village on the Central Coast". Objectively this is probably true if you believe that houses nestled amongst bushland and very few facilities for the visitor makes a place particularly desirable. Pearl Beach is known for the fact that the residences blend with the vegetation which is noticeably greener and lusher than elsewhere around the shoreline of Brisbane Water and the Hawkesbury. The houses are less obtrusive and in a finer balance with the environment so that from a distance the village appears as bushland with houses rather than houses with a bit of bush. The fishing is said to be good off the rocks but the primary appeal is a quiet beach and an "away from it all" ambience of quiet elegance.

Pearl Beach is located 92 km north of Sydney. The route is complicated. Travel north from Sydney on the Sydney-Newcastle freeway. Leave the Freeway heading towards Gosford and take the turnoff to Woy Woy at Kariong. From Woy Woy continue south through Ettalong and Umina.

The village was named by Clive Staples, the man who developed the area. In 1928 he called the subdivided land, Pearl Beach estate and then named all the streets after precious stones - thus Diamond, Agate, Amethyst, Coral, Beryl, Garnet, Jade, Opal, Crystal, Tourmaline and Cornelian.

Pearl Beach
The entrance to Pearl Beach is suitably romantic. Pearl Beach Drive winds its way down the mountainside from Mount Ettalong and Emerald Avenue, Amethyst Aveneue and Tourmaline Avenue head down to the golden beach where there is a reserve, a picnic and barbecue area, a children's playground and the Pearl Beach rockpool. People visit Pearl Beach primarily to get away from it all. The beach is pleasant, relatively quiet and good for swimming. The nearby restaurants offer good food with great views across the water. This is about as far as anyone can get from the bustle of the The Entrance, Avoca or Terrigal. There is nothing to do other than enjoy yourself.

Crommelin Native Arboretum
Located at the western end of Crystal Avenue, Crommelin Native Arboretum is a truly lovely 5.5 ha flora sanctuary with grassed areas, wetlands, patches of temperate rainforest and open forest criss-crossed by walking trails. The Pearl Beach Progress Association website (http://pearlbeach.net.au/pearl-beach-community-groups/452-2/) explains: "Featuring Pearl Beach’s indigenous vegetation, the CNA includes a rare Burrawang Scrubby Woodland (a highly significant ecological community) and wetlands, as well as mature indigenous trees & cultivated native plants collected from other parts of Australia. The CNA also has two specific areas that are examples of the endangered ecological community 'Lowland Rainforest in NSW North Coast and Sydney Basin Bioregion' which are set aside for preservation. It’s also a unique habitat for wildlife with some threatened species present such as the Eastern Pigmy Possum, the Powerful Owl, the Barking Owl, the Glossy Black Cockatoo and, during very dry weather, the Red-crowned Toadlet."

Green Point
Green Point lies to the east and south of the Pearl Beach Rockpool. Its main feature is the Paul Landa Reserve (named after a state politician who died when he was only 43) which is an ideal spot for a picnic or a leisurely stroll down to the headland which offers excellent views across the Hawkesbury and north across the beach.

Mt Ettalong Lookout
Located 2.2 km from the Sydney Avenue-Hobart Avenue corner, on the Pearl Beach Drive, is a hairpin bend which is the location of the Umina Lookout with views north along Ocean Beach to Ettalong and across to Wagstaff and Brisbane Water. A further 800 m beyond this bend, there is a signposted turnoff to the left which will take you to the Mt Ettalong Lookouts which are widely recognised as the finest viewing point on the entire western shore of Brisbane Water. Immediately below is Pearl Beach. Beyond is the Pearl Beach Rockpool and Green Point at the southern end of the beach. Beyond Pearl Beach is the estuary of the Hawkesbury which lies at the western end of Broken Bay. The views over the bay, usually dotted with white sails, are excellent. Lion Island lies in the middle. The land to the far left with the lighthouse is Barrenjoey Head. Around the corner facing out to the ocean is Palm Beach, the most northerly of Sydney's beaches. Just to the right of Barrenjoey Head is a large inlet known as Pittwater. To the right of that is West Head on the north-eastern corner of Ku-Ring-Gai Chase National Park which follows the southern shore of the Hawkesbury River. Looking straight across Brisbane Water is Box Head at the southern tip of the western shore. Note the unusual honeycombed weathering of the sandstone at the lookout, caused largely by wind-blown sand.

Warrah Lookout
About 2.3 km beyond Mount Ettalong Lookout - if you take a sharp left from Pearl Beach Drive into Patonga Drive - is a branch road which leads along a dirt road to Warrah Trig. The Tony Doyle Walking Trail leads to a lookout directly out over Broken Bay which is 200 m below. The area is known for its wildflowers from July to October and its seasonal Christmas bells. Near the lookout the Doyle Track crosses over a dirt road.

An Image of Pearl Beach from the 2006 Census
The Progess Association reported in 2006 that "Pearl Beach has a highly skewed age profile with more than 50% of its permanent population aged between 55-89 years. Our median age is 59 compared to Australia's median of 37 yrs. We have more couples and most are without children but there are fewer single parent families compared to the national percentage. We have higher proportions of Anglicans and people with no religion, and fewer Catholics than the national average. We are less employed - half of us are not in the workforce any more - but of those who are working we have more professionals and managers. One in four residents is involved in unpaid voluntary work with various groups, and one in five provides unpaid assistance to an adult person with a disability ... Only a third of our houses are permanently occupied and more people own their homes."

* Prior to European settlement the area was inhabited by the Gurrungai Aboriginal people who had lived along the shoreline for tens of thousands of years.

* The Hawkesbury River area was explored as early as March, 1788 when Governor Phillip and a party travelled up Broken Bay and into the waters of the Hawkesbury.

* By the 1920s it was being used as a fishing camp by a small number of enthusiastic weekend anglers.

* It wasn't until the early 1920s that C.R. and C.J. Staples started developing a plan for the sale of land at Pearl Beach.

* The first road to the village was constructed in 1925.

* In 1928 the rock pool at the southern end of the beach was completed.

* In 1929 the Pearl Beach Progress Association was formed.

* Electricity did not reach Pearl Beach until the late 1930s.

* By the 1940s there was a small community living in the area and surviving by using small farm blocks behind the beach.

* In 1950 a Community Hall was completed. It was also a War Memorial.

* The Pearl Beach Music Festival was first held in 1994.

There is a eulogistic local website - http://www.pearl-beach.com - which has lots of useful information about the village. 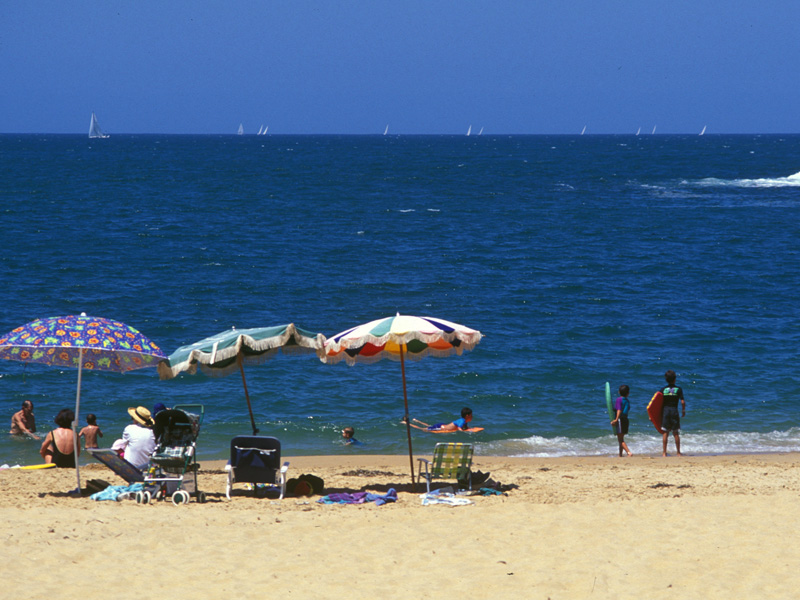 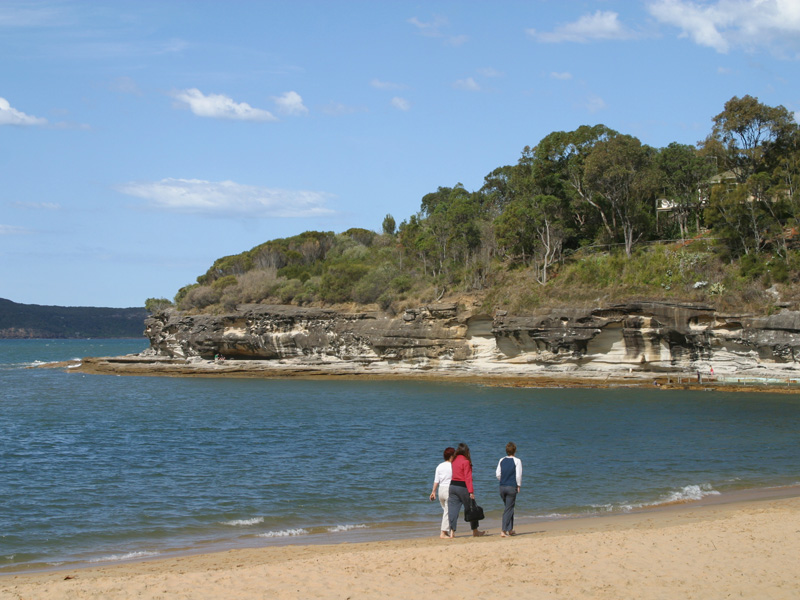 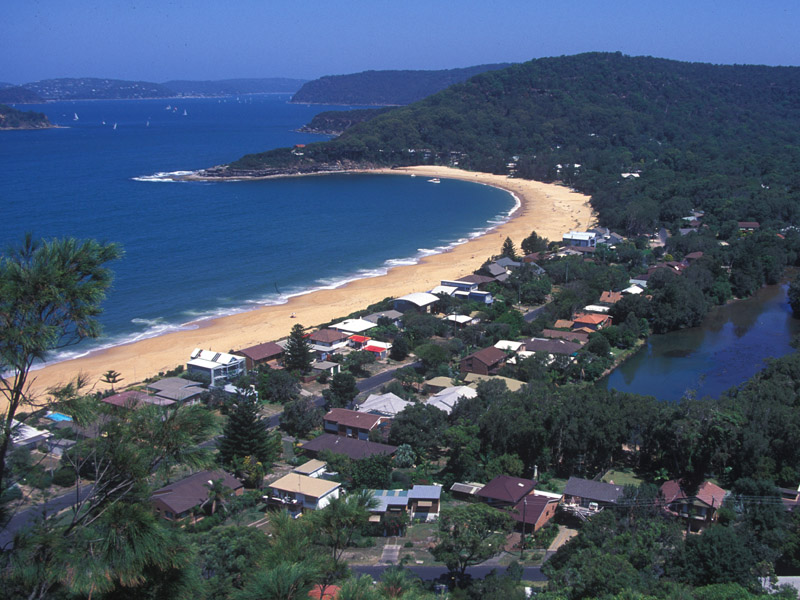