Penwortham is a tiny village in the heart of the Clare Valley which was founded by the famous South Australian explorer, John Ainsworth Horrocks. Today it is surrounded by vineyards and, because of its size, has the charm and beauty of a largely untouched historic village.

Penwortham is 183 km north of Adelaide via Balaklava and the Horrocks Highway.

Penwortham is named after Penwortham in Lancashire, England. It was named by the explorer, John Ainsworth Horrocks. Horrocks had been born at Penwortham Hall near Preston in Lancashire and he obviously named the district after his birthplace. The word means "a settlement on a hill".

Penwortham Heritage Walk
There is a Penwortham Heritage Walk which is downloadable at https://www.walkingsa.org.au/wp-content/uploads/2017/01/Penwortham-Heritage-Walk-brochure-text.pdf. It lists a total of 17 places of historic interest, many of which are simply the sites of previously important village places (e.g. the site of the village flour mill, the site of the Derby Arms Hotel). The three places of particular interest are:

St Mark's Anglican Church and Cemetery
Located at the eastern end of Horrocks Road, St Marks Anglican Church is famous for the grave of the explorer John Horrocks who was buried there (reputedly in the place where the church was supposed to be built) in September, 1846 before the church was constructed. The first marriage was held in 1848. It wasn't officially opened for public worship until 1851. When the church was first built it only had six seats and the windows, rather than have glass, were covered by calico. The floor was dirt. The parsonage and church cost £1,000 to build with £300 coming from money John Horrocks had raised in England. When it opened in 1851 it was the only Anglican church north of Gawler.

John Horrocks Cottage
Located on the corner of Horrocks Highway and Surrey Lane, Greens Cottage (c.1839), now known as John Horrocks Cottage, is the cottage that Horrocks built when he moved to the area. The sign outside, established by the Mount Horrocks Historical Society, explains: "This historic pioneer cottage is the oldest stone building in the State, north of Gawler. It was built by John Ainsworth Horrocks shortly after his arrival in South Australia at the young age of 21. He was accompanied by his younger brother Eustace and a faithful manservant, John Green. On the advice of explorer Edward John Eyre, Horrocks headed north from Adelaide and soon set about establishing the township of Penwortham, so named after his home in Lancashire, England. Although living in a hollowed out gun tree when he first arrived, he lost no time in building a more liveable abode for his brother and himself. A letter written to his family in England in December 1839 reads: "We have now completed the post and rail stockyards near my camp while the teams are hauling more timber from the hills west of our camp. My mason and others have commenced building a 2 room cottage of stone at the southern base of the 'hill that divides the waters'." The cottage is State Heritage listed. It was repaired and restored in 2001. It is open on the first Sunday of each month between 2.00 pm - 4.00 pm.

John Horrocks Tree
Located on private property between Morrison Street and the Riesling Trail is a large old red gum which is probably more than 400 years old. It was in the tree that John Horrocks set up his first camp. In 1920 it was described as "On his arrival in the district in 1839, he lived in this hollow tree. On one side of its trunk he nailed up his cooking, washing and household utensils. He put up a small tarpaulin on four poles, sleeping under it at night wrapped up in blankets sometimes sleeping in the tree sometimes under his cart." The irises which bloom annually beneath this tree are from bulbs brought from England by Horrocks.

The Strange Life of John Horrocks
John Horrocks' career as an explorer was all too short, a mere six years before his death in a shooting accident which, with my tongue firmly in my cheek, I like to describe as the only example of an explorer being shot by his camel. In fairness, it was a little more complex than that ... and it was very unfortunate.
Horrocks arrived in Adelaide on his birthday, 22 March 1839. One of his first contacts was with the explorer Edward John Eyre and, on Eyre's advice, he established a sheep station in the Hutt Valley near the present-day town of Penwortham. Horrocks was primarily a pastoralist but he began to explore the surrounding area and, importantly, he was the first man to use camels for exploration. An impressive character with a commanding manner he was nicknamed 'The King of the North'. Mount Horrocks and Horrocks Pass are named after him. In July 1846 he left on an expedition to find fresh grazing land to the north. His party included the well-known artist S. T. Gill. At Lake Gill (later renamed Lake Dutton) Horrocks was accidentally wounded whilst unpacking a loaded gun which was in the baggage on his camel. He was carried back to Penwortham where he died on 23 September 1846, aged only twenty-eight. He was buried in the churchyard of St Marks Church.

* John Horrocks, the explorer, established a sheep station in the Hutt Valley near the present-day town of Penwortham in 1839.

* In 1841 the Derby Arms, an inn, was opened to passing travellers.

* In the early 1840s a general store was opened in the town.

* In 1846 John Horrocks was shot and died. He was buried in Penwortham.

* By 1847 an unofficial post office was operating in the town.

* The Riverton to Spalding railway line reached the town in 1915.

* The Mount Horrocks Historical Society was formed in 1983.

There is an official Clare Valley website. Check out https://www.clarevalley.com.au. 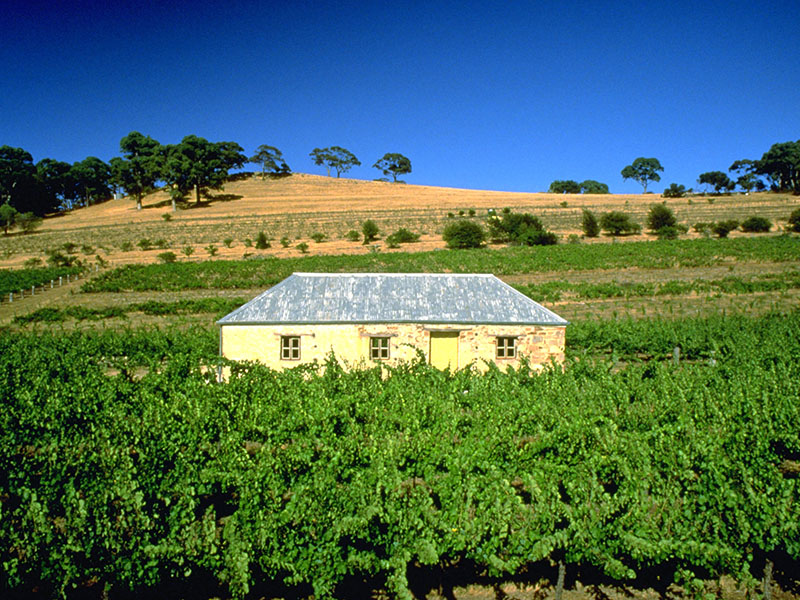