Today Rosebery, which was a small wheatlands settlement until the 1960s, is a township with the impressive silo art works as its only attraction. The Silo Art Trail, of which is it part, is one of those inspired ideas which started as a one-off project and has grown into six (and possibly more) impressive and huge works of public art on a series of disused grain silos in the Wimmera Mallee area of Victoria. It is a journey of over 200 km from Rupanyup in the south (it is a small town which lies to the east of Horsham) through Sheep Hills, Brim, Rosebery and Lascelles to Patchewollock in the north. The trip can be done in any direction. Each work of art stands by itself.

Rosebery is located 371 km north-west of Melbourne via Bendigo and Charlton on the A79.

The town was named after Archibald Philip Primrose, 5th Earl of Rosebery who toured Australia from September, 1883 to January, 1884 and became the British Prime Minister from 1894-1895.

Silo Art Trail
The Silo Art Trail is one of those inspired ideas which started as a one-off project and has grown into six (and possibly more) impressive and huge works of public art on a series of disused grain silos in the Wimmera Mallee area of Victoria.
It is a journey of over 200 km from Rupanyup in the south (it is a small town which lies to the east of Horsham) through Sheep Hills, Brim, Rosebery and Lascelles to Patchewollock in the north. The trip can be done in any direction. Each work of art stands by itself.

Some Tips:
* the entire journey can be done in a day. There is no reason, apart from personal pleasure, to linger longer than half an hour at any site. What you are looking at is basically huge images of faces and people which have been painted on the sides of concrete grain silos.
* it is sensible to do the journey starting in the morning. Most of the paintings are best lit during the day. This will never be perfect. The images at Rupanyup are at a different angle to the rest of the silos and the images at Lascelles (of local farming couple – Geoff and Merrilyn Horman) can never be photographed together because they are on opposite sides of two of the grain silos.
* they are all ideal for photographers – impressive large grain silos on a flat landscape. Only tips: a wide angle lens is helpful (particularly if you want to avoid power lines at Rupanyup) and some Photoshop “transform” to correct the inevitable “lean” produced by photographing huge objects from ground level.
* There is a really excellent publication – Silo Art Trail Visitor Map – which can be obtained from the Visitor Information Centres either in Horsham or Warracknabeal. The following information has been taken from that publication.

* Closer settlement of the district, which occurred in the 1870s saw the settlement come into existence with a hotel and general store.

* The railway came through the town in 1894. A football club was established in this year.

* By 1900 the town had a general store, blacksmith, public hall, hotel and a Presbyterian church.

* In 2017 Melbourne artist Kaff-eine painted a mural on the grain silos.

The Yarriambiack Council Community Directory has information about Rosebery. Check out https://yarriambiack.vic.gov.au/about-yarriambiack-council/community-directory/rosebery. 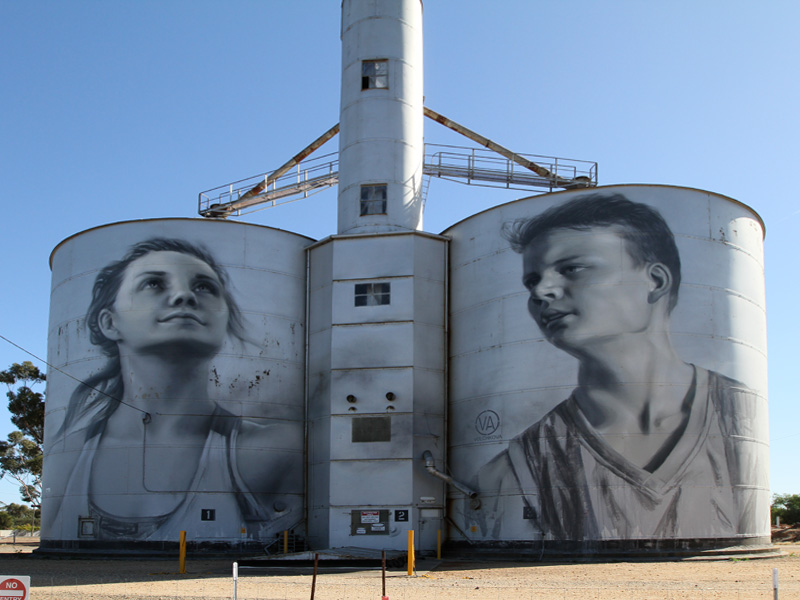 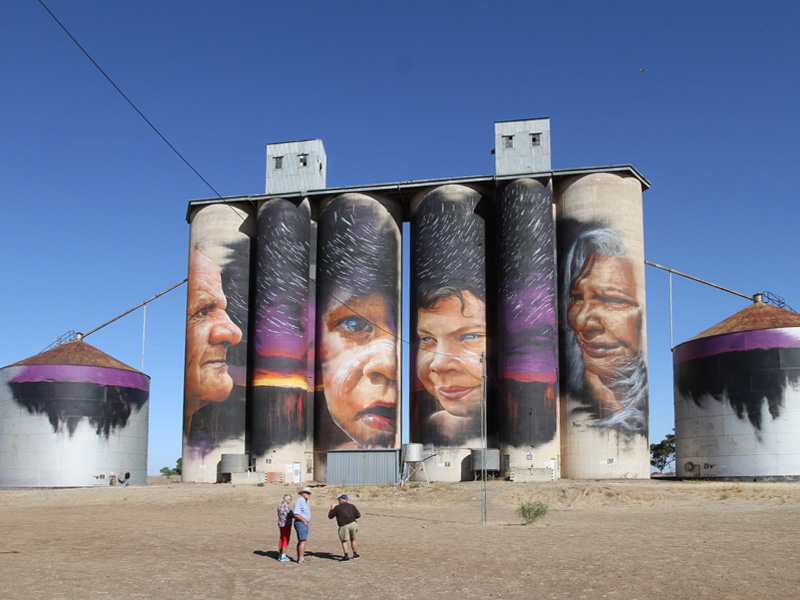 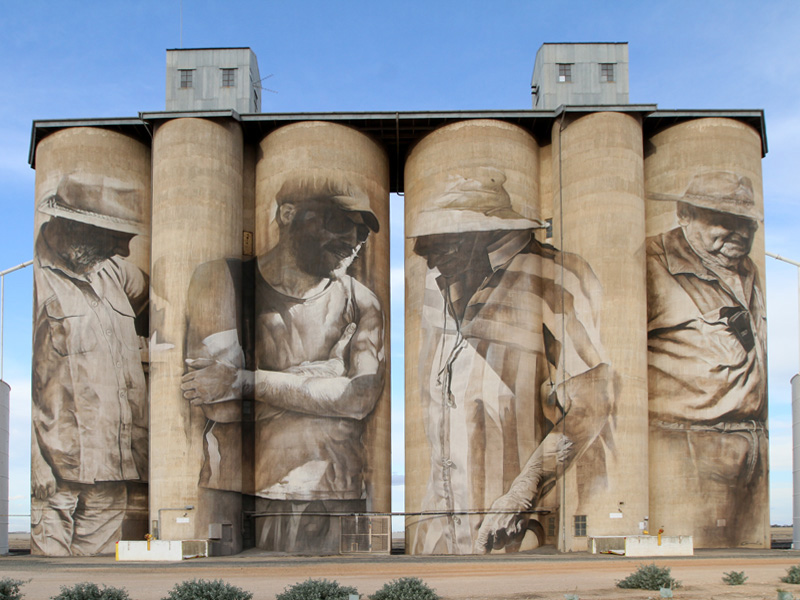 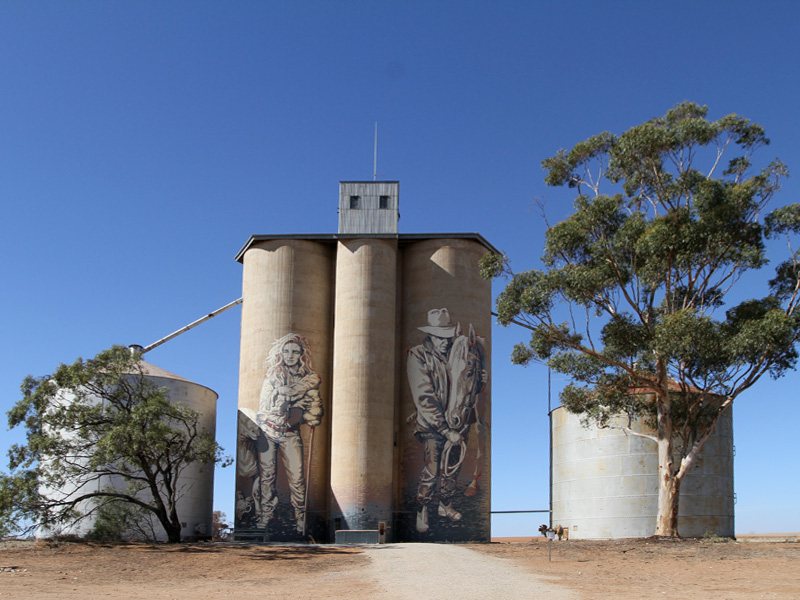 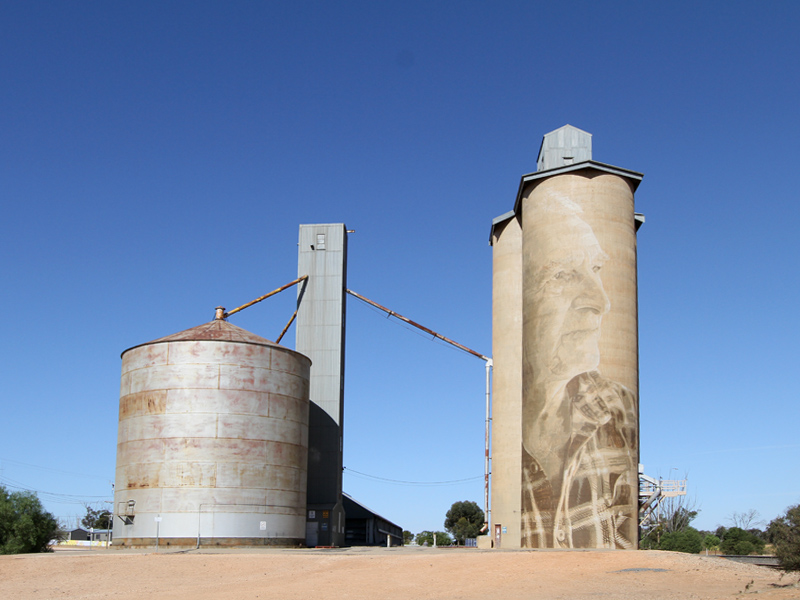 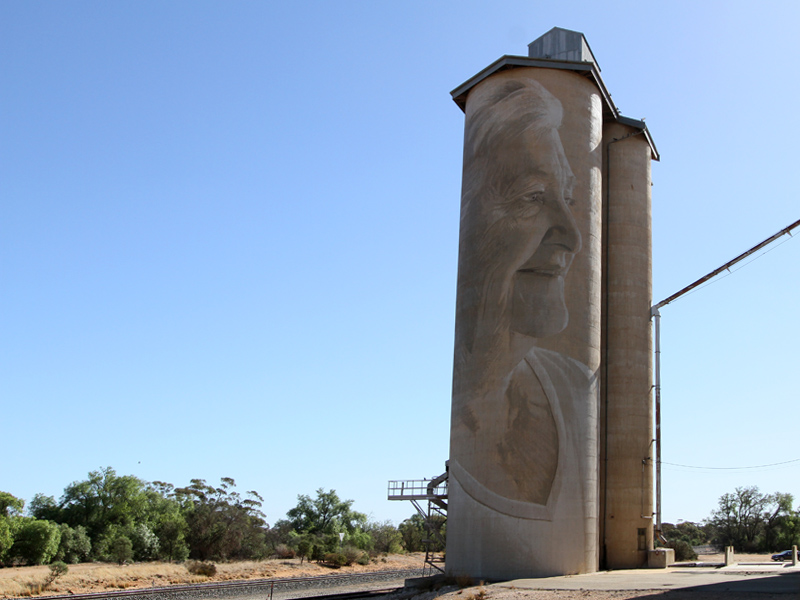 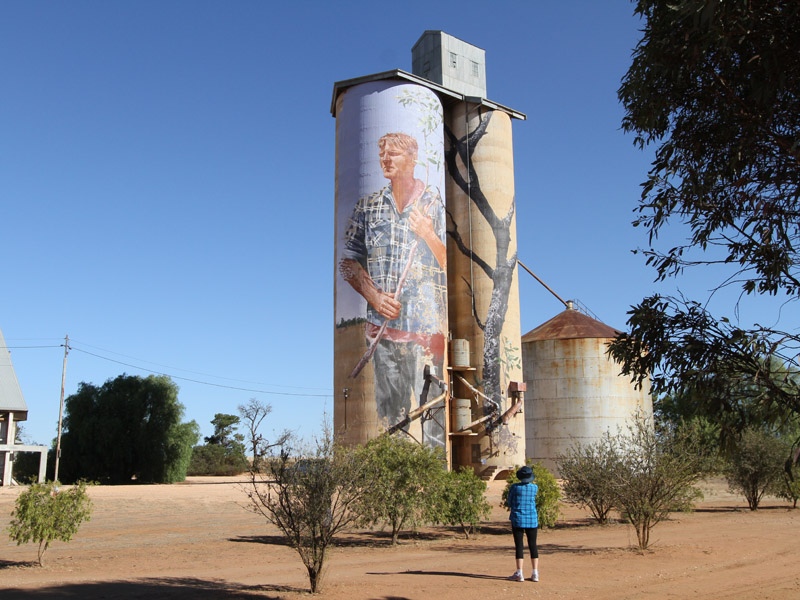