Sarina is essentially a sugar industry town surrounded by canefields. The local sugar mill dominates the landscape. Apart from the Sugar Shed, an excellent introduction to the processes involved in extracting sugar products from cane, the town is most notable for the attractions which surround it. Within a relatively short distance are the rainforests in the hinterland; the excellent Sarina Beach where the water temperature hovers between 20°C and 22°C all year - beware of the deadly stingers; and the fascinating coal loading facilities at Hay Point and Dalrymple Bay. An amusing bonus is the town's main street where, in the median strip, there is "Buffy" - the Cane Toad and, at the northern end, a rock commemorating John Atherton (after whom the Atherton Tablelands were named) who was the first European to reach the area. He travelled overland from Rockhampton.

Sarina is located 916 km north of Brisbane on Highway 1. Sarina Beach is 10 km from Sarina which, in turn, is 36 km south of Mackay and 15 m above sea level.

The town is named after Sarina Inlet which was named by a surveyor, William Wilson, who did not record why he chose the name although it is the name of a "Greek mythological enchantress".

Sarina Sugar Shed
Located at Field of Dreams Parkland just off the Bruce Highway at the southern end of Sarina, the Sarina Sugar Shed is open seven days a week from 9.00 am - 4.00 pm. There are tours at 9.30 am, 11.00 am, 12.30 pm and 2.00 pm. The website explains the tours as follows: "From the moment you arrive your experience begins. The colour, aroma, taste, feel and sounds of the sugar shed and mill in full production creates a heady combination. You will love the experience. The miniature sugar processing & distilling equipment has been sourced from all over the world. Seeing it in action is a delight for all ages.
"Discover the growing, harvesting and crushing processes of sugar cane in a fully functioning miniature sugar mill. See how it is turned into a tantalising array of handmade and sugar-inspired boutique products.
"During your tour you’ll get to taste sugar in many forms… suck on a freshly cut and deliciously sweet sugar cane stalk straight from the paddock, then rich sticky molasses, full of complex earthy flavours, next you’ll try different crystallised forms of sugar before tucking into the product tasting with a range of delicious value added sweet treats."
There are also a range of very sugary goodies including chutneys, a Sugar Shed Rum, sugary liqueurs, ginger beer, gourmet sauces and ice cream. Check out http://www.sarinasugarshed.com.au or tel: (07) 4943 2801.

Sarina District Historical Centre
Located at the Field of Dreams Parkland just off the Bruce Highway, the Sarina District Historical Centre was built in 1923 as a Presbytery for the Catholic Church in Sarina. Shortly afterwards it became a convent for the Sisters of Mercy nuns. In 1998 it was donated to the local council and in 2001, after it had been removed from its original location, it became the Sarina District Historical Centre Museum. Visitors can inspect displays on gold mining, sugar, cattle industry, coal, and rail industries and find out about the lost Phoenicians who supposedly landed near Sarina 3,500 years ago. It is open Tuesday, Wednesday and Friday from 9.00 am - 2.00 pm, tel: (07) 4956 2436. Check out http://www.mackayregion.com/accommodation/sarina-district-historical-centre/76328 for more information.

Sarina Tourist Art & Craft Centre
The Tourist Art & Craft Centre is a series of historic buildings which are open from 9.00 am - 5.00 pm seven days week. The heritage buildings include the Sarina Railway Station (circa 1924); the Sarina Gaol (now the Visitor Centre) and Sarina Court House (both 1906) and the Mount Pelion School House. The Sarina District Historica Centre (1923) and the Yukan Railway Station which is the art gallery.

Sarina Beach
Sarina Beach is a small, sleepy beach with a surf club, a number of different access points to the beach, a number of picnic places behind the beachfront, a store, a motel, and a number of commuter and holiday houses. It is largely unspoilt but it is worth noting that the signs everywhere alert the visitor to "marine stingers may be present in these waters" and "WARNING persons entering local waters do so at their own risk. These are tropical waters where presence of dangerous jelly fish is possible. Calm seas - Northerly winds - High temperatures - favour the presence of stingers. But other conditions do not guarantee their absence."

Hay Point and Dalrymple Bay Coal Terminal
The rapidly evolving history of coal will make these observations redundant in a few years but, currently, this is a huge operation with "coking coal being received from mines situated 200-250 km southwest of Mackay and railed to the port by the Queensland Rail. The coal is transported in bottom dump wagons of 82 tonne capacity. The trains comprise 120 wagons held by five 100 tonne electric locomotives. The trains pass through 1 of 2 bottom dump stations on arrival.
"The trains can be unloaded in approximately 1.5 hours through one of the two bottom discharge dump stations The locomotive pulls the wagons through and the wagons empty into hoppers beneath the dump stations. The unloading rate is approximately 4000 tonnes per hour for each dump station.
"STOCKPILING - The coal is transferred by conveyor belt to stackers on four main yard belts to be stacked on stockpiles either side of the yard belt conveyors. Coal from each of the mines is stockpiled and reclaimed separately, as each coal has different specifications. The total stockpile capacity is 2 million tonnes. The operation has one automated stacker on line 1.5 and three combination stacker reclaimers on line 1,2 and 3.
"RECLAIMING Coal is reclaimed from stockpile by stacker reclaimers feeding onto 3 yard belt conveyors. By transfer to other conveyors the coal is loaded into the holds of the ship by rail mounted shiploaders on each of the berths.
"SHIPLOADING The shiploader on berth no.1 has a lifting boom with a travelling telescope chute and rotation chute. The shiploader has a nominal loading rate of 4,000 tonnes per hour. On berth no.2 the shiploader has rail mounted chutes, an inner shuttle and outer shuttle. The telescopic rotating chutes are mounted on the outer shuttle with a nominal fast rate of 6,000 tonnes per hour."
It is worth visiting because of the sheer size and scale of the operation. In 2016 it was predicted that coal would contribute a staggering $7 billion to the Federal Budget in a single year.

Seeing Turtles
There is a sign on Sarina Beach which explains that "Marine Turtles use this beach during the nesting and hatching season - OCTOBER TO MARCH." Turtle friendly lights have been erected in this area by Ergon Energy. It offers the following advice:
* Let the hatchlings make their own way to the ocean
* Turtles are easily disturbed by lights and movement
* Avoid shining lights directly on the turtles
* No camp fires on turtle nesting beaches
* Keep the use of lights to a minimum
* Keep dogs away"
Nesting sea turtles come ashore at night within a few hours of high tide from October through to January to lay their eggs while the hatching turtles usually leave their nests between January and March.

* Prior to the arrival of Europeans the area was occupied by members of the Yuwi Aboriginal language group.

* In the late 1850s John and James Atherton overlanded sheep to Rockhampton from the New England district of New South Wales.

* The first Europeans in the area arrived in 1865 and established a property known as Plane Creek.

* By the 1880s land in the area was being selected and developed.

* In 1894 a sugar mill was built on Plane Creek by local sugar growers.

* The Plane Creek mill started operating in 1896 and within a year the town had a blacksmith, a postmaster and a general store.

* The local Catholic church was consecrated in 1907.

* The Church of England was consecrated in 1910.

* A Catholic primary school was opened in 1925.

* An alcohol distillery (an early example of ethanol from sugar) was opened in 1927.

* Armstrong Beach was officially named in 1999.

Sarina Tourist Art and Craft Centre is the Visitor Information Centre. It is located in the Old Sarina Court House, Bruce Highway, tel: (07) 4956 2251.

The official website is http://www.mackayregion.com/explore/sarina-and-surrounds. It has information about the attractions in the area. 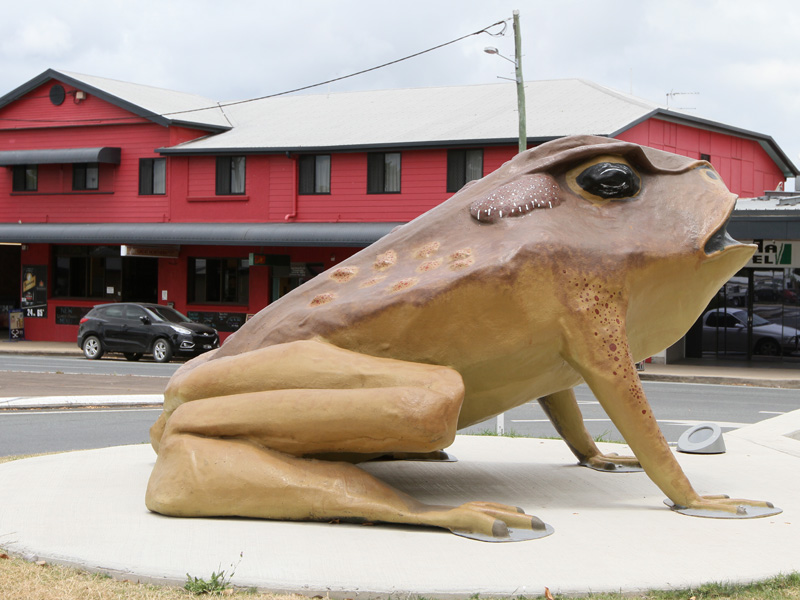 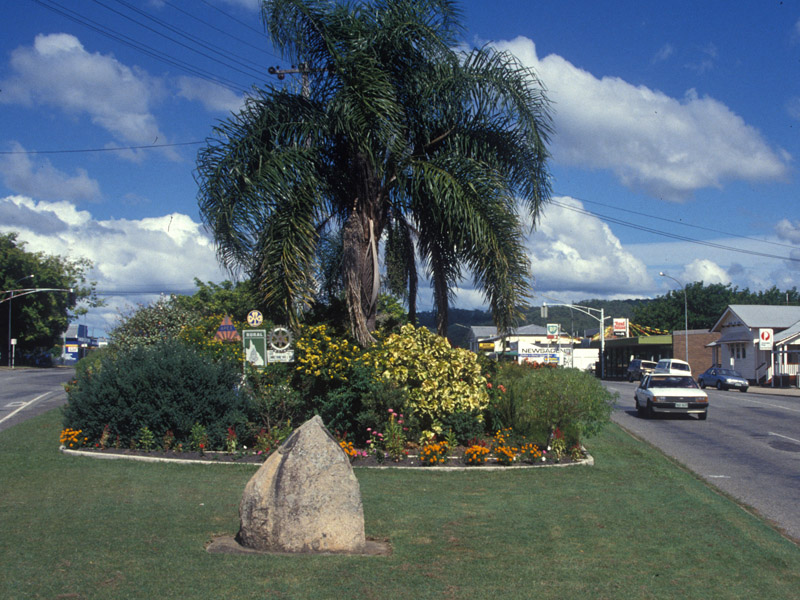 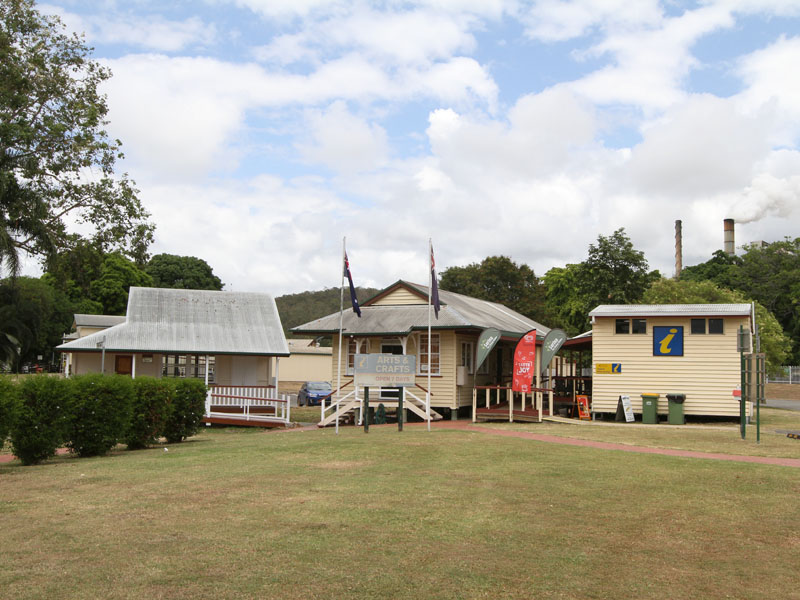 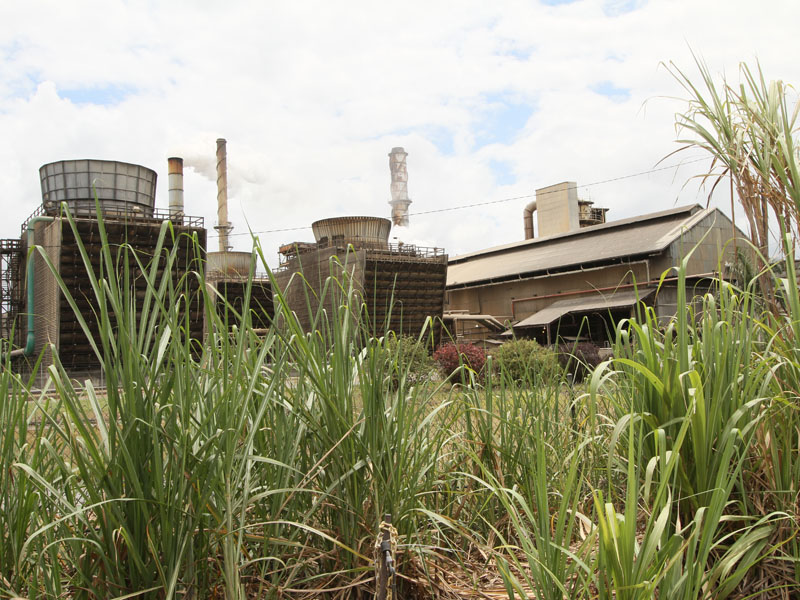 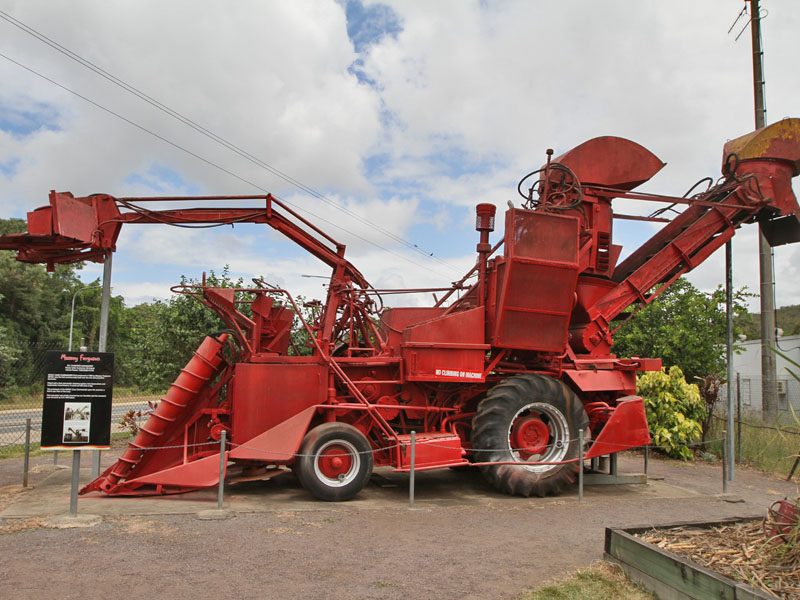 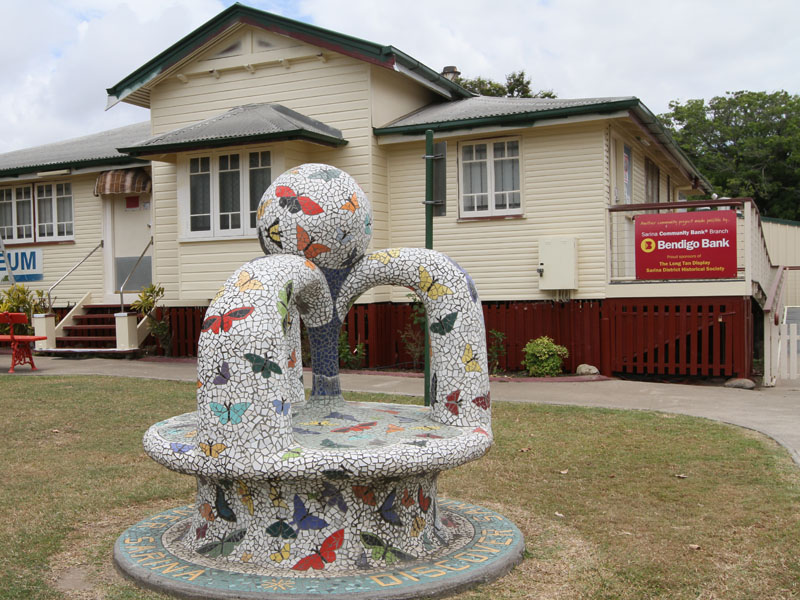 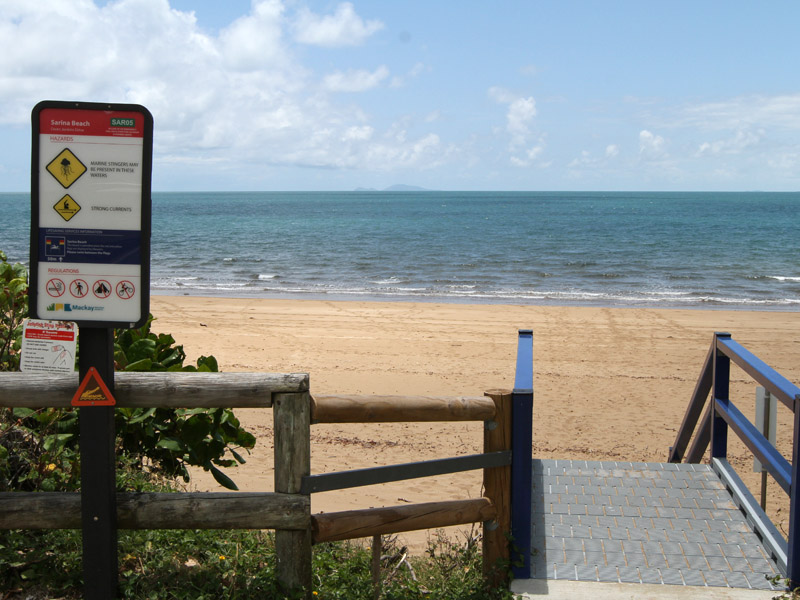 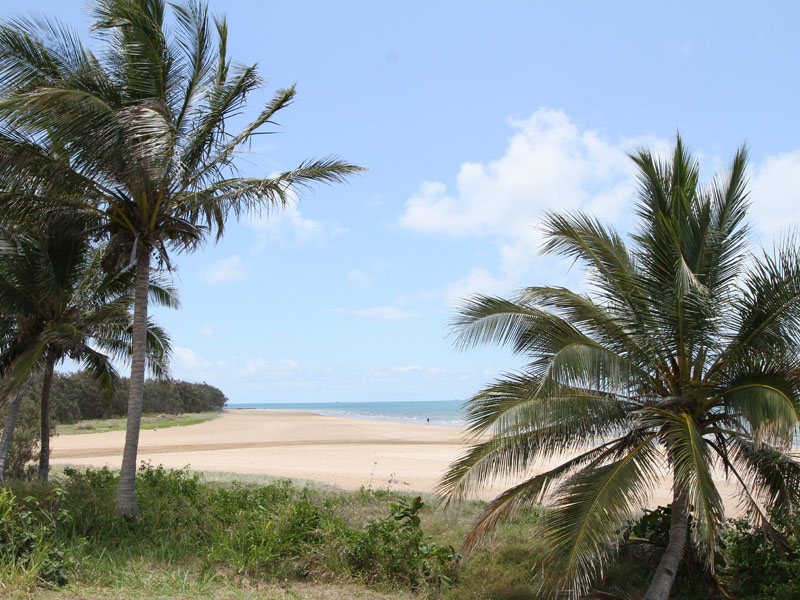 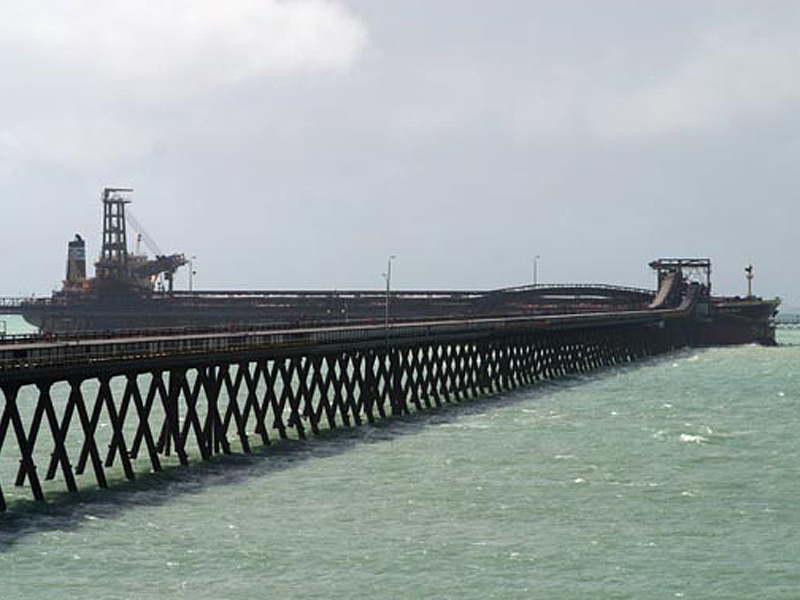