Historically important town nestled below the Nut in a region that calls itself 'The Edge of the World'.

Stanley is a truly remarkable town. Not only is it steeped in the early history of Tasmania (for it was from here that the mighty Van Diemen's Land company operated) but it is also a town full of beautifully preserved historic buildings. Not surprisingly it is a classified town. As a bonus it has one of the most remarkable landforms anywhere in Australia: the Nut, the stump of an old volcano, towers over the town. Although the Nut can be bitterly cold when the winds are blowing it is a magnet for everyone who wants to get a panoramic view of the surrounding countryside.

Stanley is located on the north-west coast of Tasmania 226 km west from Launceston via the Bass Highway. It is  125 km west of Devonport.

Stanley was named after Edward Smith-Stanley, known as Lord Stanley who, at the time, was the Secretary of State for War and the Colonies. He later became Prime Minister of the United Kingdom three times. Until 1842 the town was also known as Circular Head, a name it had been given by Matthew Flinders.

Climbing the Nut
On the southern side of the Nut, overlooking Sawyer Bay, there is a plaque which explains the geological and historical significance of this most prominent landmark: "The Nut, discovered by Bass and Flinders in 1798, rises abruptly 143 m from the sea to a flattish top. The geological survey of Tasmania has confirmed that The Nut is the stump of an old volcano. The original core was built of fragments mainly volcanic rock ejected by explosive eruptions. Molten basaltic lava welled up the feeder pipe and in places intruded into these fragmental rocks and formed a lava lake in the crater where it solidified. As it cooled the basalt became weakly magnetised in the direction of the local magnetic field of that time. The direction and dip of this fossil magnetisation is quite different from the present magnetic field and suggests that the volcano was active during some period between 25 and 70 million years ago. Weathering and erosion since has removed all the weak rocks which built the cone so that the hard basalt of the lava pool now stands up as a conspicuous landmark. If you modelled a cone and crater in sand and half filled the crater with molten iron through a pipe from below then jetted the sand away with a hose you would get the picture."

Nothing should be that simple. Another plaque on the way into Stanley insists that the Nut is actually 152 metres high, that Matthew Flinders named it Circular Head and it wasn't until the 1850s that it started to be called The Nut.

If you are fit then you really should climb The Nut. It is what people do when they get to Stanley. Mind you, it is a steep walk and you can always take the Stanley Chairlift. The panoramic view is excellent and worth the effort. As you gaze over the bare slopes it is worth noting that until the 1850s the Nut was heavily wooded. The trees were cut down and it was used as grazing land. It is currently the home of a colony of muttonbirds.

Exploring the town - Under the Nut
Stanley has a large number of listed and important historic buildings. Spend a few hours and just wander around town. An obvious starting point is the Stanley Discovery Museum & Genealogy Centre in Church Street. It has been in operation in the Parish Hall of St Paul's Church since 1973 and has maps and information. Contact (03) 6458 2091.

Most of the shops and accommodation destinations in the town have an excellent pocket-sized book - Under the Nut: Stanley Heritage Walk - which has a map and descriptions of fifteen places of historic interest in the town including the Marine Park, Poets Cottage, Bay View Hotel, the impressive Captain's Cottage, the Church Street shops, the Plough Inn, St Paul's Anglican Church and the Commercial Hotel. Of the many interesting buildings some of the most significant include:

(3) Lyons Cottage
Tasmanians have a special place in their hearts for Joseph Aloysius Lyons who was born in this tiny cottage at 14 Alexander Terrace in 1879. He was Tasmania's first (and still only) Prime Minister of Australia (1932-39) after being the State's Premier from 1923-28. The cottage, a simple weather-board 19th century settlers cottage, is open from 10.00 am - 4.00 pm from 1 September - 31 May. It contains antiques, historical photographs and memorabilia. Entry by donation.

(11) St James Presbyterian Church
It is an early example of a building made in England and imported in prefabricated form to Tasmania. The local Presbyterian Church decided to purchase the church in 1853 and it was duly shipped out. The church records record exactly how much it cost.

(14) Van Diemen's Land Company Store
John Lee Archer, who designed the simple and rather severe, Van Diemens Land Company Store in 1843-44 was a real jack-of-all-trades. He was also Chairman of Quarter Sessions, the Commissioner under the Electoral Act and the Assistant Commissioner of the Court of Requests. Still the Van Diemen's Land Store, which stands prominently near the port, is striking. It was constructed of bluestone which came to Stanley as ballast in ships. Today it has been turned into an upmarket B&B named @ VDL Stanley.

(15) The Bond Store
Now occupied by Stanleys on the Bay Restaurant the old Bond Store, built out of distinctive bluestone, was constructed as a Customs Store in 1835. The interior used Baltic pine and ballast from sailing ships. If you look closely you can see that the lime rendering was made from crushed seashells. It was, at various times, a bacon factory and a grain store.

Stanley Seal Cruises
At Bull Rock there is a colony of some 500 Australian fur seals. This 75 minute journey in the 12-metre Sylvia C is an opportunity not only to see fur seals basking in the sun but to get some offshore perspectives on the beauty of the Nut and Stanley. For more details check out http://www.stanleysealcruises.com.au/ or call 0419 550 134. The cruises operate between 1 September and 15 June each year.

Highfield Historic Site
Highfield, located 6 km west of Stanley, is an elegant Regency-style house and outbuildings which was designed by surveyor Henry Hellyer for Edward Curr, the first chief agent for the Van Diemen's Land Company. Construction began in May 1832 and the result was a house with 61 cm thick walls, 12 rooms and ceilings 3.65 metres high. The Historic Site website describes the building as "a rare example of domestic architecture from the Regency period (1811-1820). The style is characterised by refined decoration that is geometric yet elegant." Later additions to Highfield were designed by J. Lee Archer and built during 1844-45 for the company's second agent, James Alexander Gibson. The property was leased in 1857 and became an historic site under the management of the Parks & Wildlife Service in 1983. The entire site includes a cart shed, stables, a threshing barn, a chapel, cattle yards and pig sties. The short journey from Stanley to Highfield provides superb views of Stanley and The Nut. There is an excellent Parks & Wildlife Service website - https://www.parks.tas.gov.au/index.aspx?base=2644 - which provides detailed information.

Port Latta
One of the miracles of modern mining can be seen 20 km east along the coast. The Port Latta loading facility is a 1.6 km jetty designed specifically to ship iron ore pellets to Asia (mostly Japan). It is the end of a remarkable 95 km long pipeline which runs from the Savage River Mines Pelletising Plant in the south. The iron ore pellets are mixed with water and pumped 95 km to the coast. It can't be inspected but equally it can't be missed as you drive along the coast around Sawyer Bay and between Burnie and Stanley.

Woolnorth
Woolnorth is located near the north-west extremity of Tasmania. It is still owned by the Van Diemen's Land Company which was granted 140,000 ha in 1825. It is the last Royal Charter Company in the world. There are half day and full day bus tours from Smithton (they can be booked through the Stanley Visitor Centre) which are run by a couple - Helen and Eddie - who have a detailed knowledge of the history and the area. The tour can also be booked by contacting (03) 6452 1493. Check out the website: http://woolnorthtours.com.au

* Before the arrival of Europeans the area around Stanley was occupied by the Tommeginne Aboriginal people who were slowly decimated as Europeans arrived and settled.

* the first Europeans to sight the Nut were Bass and Flinders when, in the sloop Norfolk, they circumnavigated Van Diemen's Land in 1798. Flinders described the Nut as a 'cliffy round lump resembling a Christmas cake'.

* A European settlement came into existence after 1825 when the Van Diemen's Land company was formed in England. The company was granted the rights by Royal Charter to a large area of land around Stanley with the intention of breeding fine wool sheep.

* In October 1826 the settlement commenced with the arrival of livestock, implements, craftsmen and indentured labourers from England along with convicts assigned locally at Circular Head. The port was opened in 1827.

* Although the company was committed to protection of the local Aborigines this was not a reality and many were killed and eventually the population dwindled. At the same time the settlement was so isolated that, although the company developed land along the north coast the distances were so great and transport so slow that approval from London could take up to eight months.

* In 1835 Highfield was built as the headquarters of the Van Diemen's Land company.

* The town's name changed from Circular Head to Stanley in 1842.

* By 1851 the Van Diemen's Land Company has sold most of its holdings in the area.

* In 1880 the first coach service between Stanley and Burnie was established. It took 6-7 hours to make the journey.

* In 1922 the town was finally connected to Launceston by rail.

* In 1936 Stanley was linked to Port Apollo in Victoria by submarine telephone cable. This was the first telephone connection to the mainland.

* Today Stanley is a popular tourist destination with craft shops, tea houses, potteries, boutique accommodation and galleries many of which are housed in the town's historic houses.

There is a good local website with lots of advice about accommodation and eating. Check out http://www.stanley.com.au/ 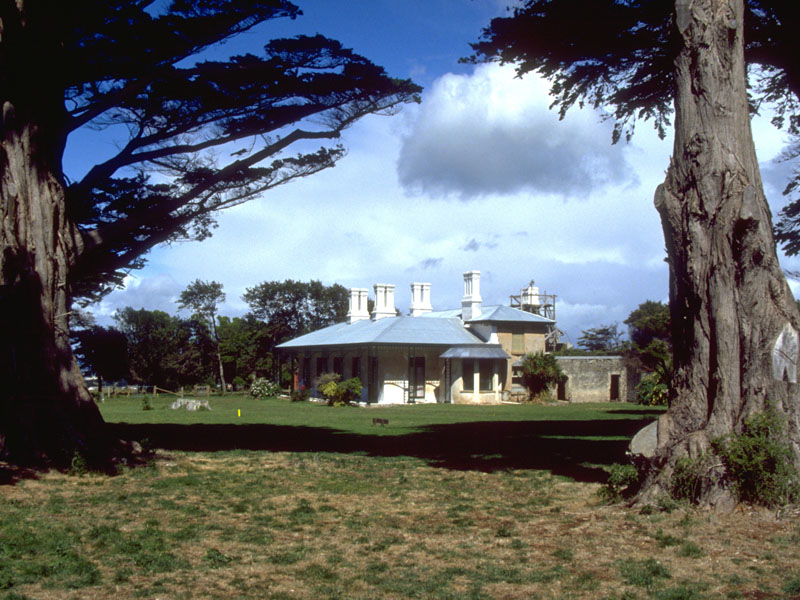 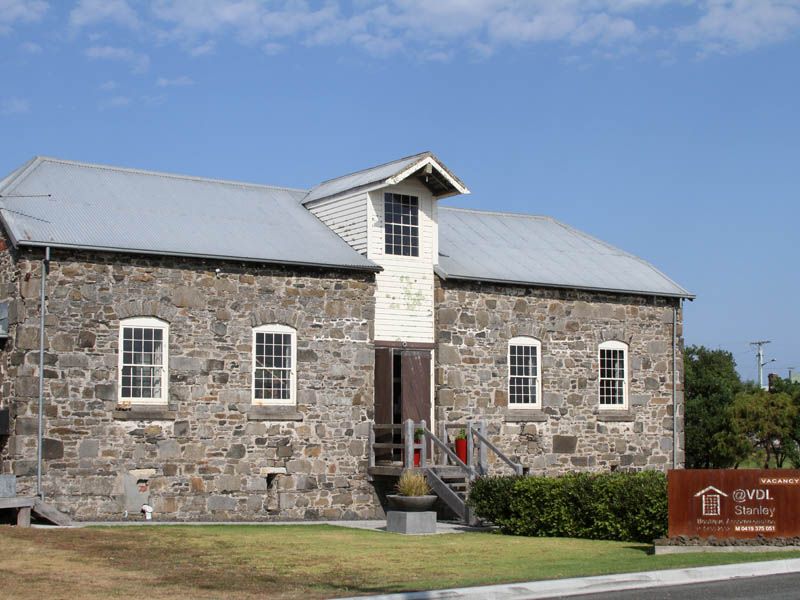 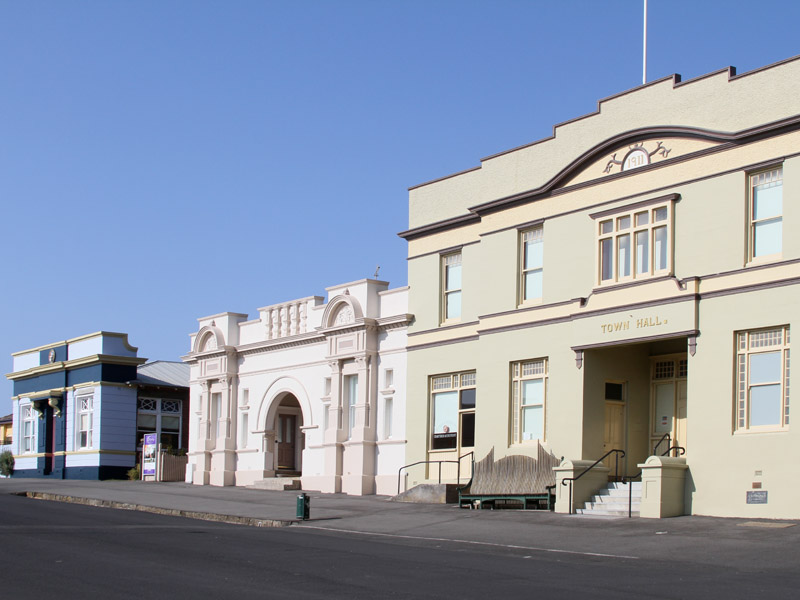 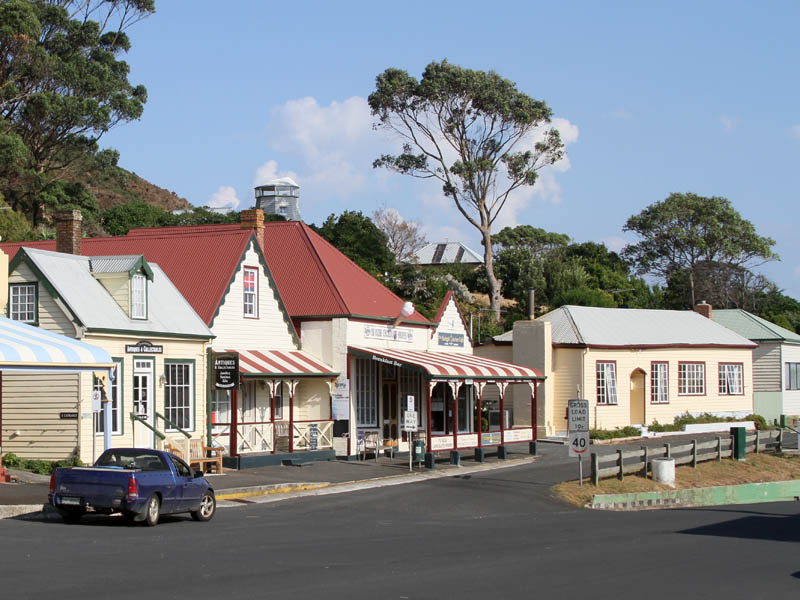 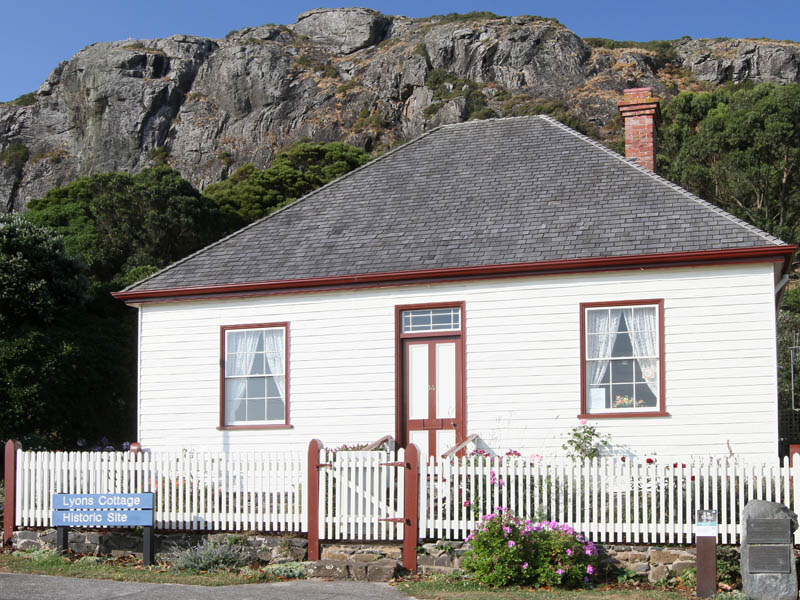