Small rural town on the edge of Greater Sydney

From the hills above The Oaks it is possible to see the high rise buildings of Sydney's CBD and yet this small village on the south-western outskirts of Greater Sydney has managed to avoid much of the suburban sprawl of the city. It still has extensive rural farmlands and the development that has occurred has been in newer developments of Belimba Park and Oakdale which lie to the west on Burragorang Road. Today it is hard to imagine that this town was once at the heart of Australia's earliest rural development and that for much of its life it was economically dependent upon coal mining. A visit to the Wollondilly Heritage Centre and the remarkable slab-walled St Andrews Anglican Church is a reminder that this was once of the first European settlements outside of Sydney Town.

The Oaks is located 82 km south-west of Sydney via the Hume Motorway. It is 14 km west of Camden and 290 m above sea-level.

The Oaks was rather unimaginatively named by the botanist George Caley who, travelling through the area between 1802-1804 observed the large numbers of she-oaks and river oaks (Australian casuarinas) and named the settlement accordingly. It was known simply as "Oaks" until 1895 when the name was changed to "The Oaks".

Wollondilly Heritage Centre
The best insight into early life in The Oaks can be had at The Wollondilly Heritage Centre at 43 Edward Street which is open on weekends from 10.00 am - 4.00 pm. The museum complex includes an Exhibition Building with its extensive historic exhibition which dates back before the arrival of Europeans; the well preserved slab cottage - Burragorang Cottage; the Drill Hall with its history of the district's involvement in the twentieth century wars; a Faces and Places building and a Farm to Table pavilion . There are displays of machinery used by the timber industry, orchards, poultry and farming in the area. It can be opened during the week, tel: (02) 4657 1796. Check out http://www.wollondillymuseum.org.au/ for more details.

St Lukes Anglican Church
Located on the corner of Merlin and Russell Streets is the simple timber church, St Luke's Anglican Church, which was built in 1892 on land donated by Emmeline Wild. The parish includes the historic St Matthews Anglican Church which is located on Old Oaks Road.

St Matthews Anglican Church
St Matthew's Anglican Church is unique. It is a simple, small slab-walled timber parish church which was erected in 1838 and made from timber which had been felled by convicts. It was constructed by servants of the Wild and Russell families. It is probably the oldest church of its type remaining in Australia and one of the oldest churches still in use in New South Wales. It was originally L-shaped. Now it is a simple rectangle. This change occurred when it was renovated in the 1920s due to white ants destroying part of the original building.

The churchyard contains the graves removed from the church at Burragorang as well as graves of early settlers including Suzanah Mileham, a descendant of Captain Cook who died in 1855, and Henry Kable Jr, the son of parents who arrived as convicts in the First Fleet and who were one of the first three white couples to be married in Australia. The church is located on Old Oaks Rd. It is usually locked, to see the interior contact St Luke's Church, tel: (02) 4657 1163.

Glenmore and Glenmore House
The tiny village of Glenmore is located 3 km north-east of The Oaks via Burragorang Road. The first settler was former convict Edward Moore who purchased 2000 acres (809 ha) in 1854. He divided his estate between his three sons. Robert Moore, one of Edward's sons, married a daughter of 'Granny' McKillegit, a well-respected local midwife from Glenmore in Ireland. This is how the settlement was named. Methodist services began at Glenmore in 1856 and a church was erected in 1860. It was used as a school until 1869. It is now Glenmore Uniting Church.

Edward Moore's homestead Glenmore House has been turned into a unique tourist destination. On their home page they explain "Almost 25 years ago, Larry and Mickey Robertson discovered a collection of dilapidated, early colonial vernacular farm buildings in the foothills of the Razorback Range near Camden. Since then, the original farmhouse has been restored and extended. And the former cowshed, dairy, stable, hay shed, barn, store room and other outbuildings have been given new purpose. Step by step, all have been linked together by new fences, walls, paths, steps, hedges and gardens. The result is a small, unique and charming country property nestled into a landscape of delightful rise and fall ... on the very edge of Sydney." Check out the activities on the property at http://www.glenmorehouse.com.au.

Oakdale
Oakdale (6 km west of The Oaks) on Burragorange Road was settled in the 1860s by timber-getters. It was surveyed in 1863 and by 1870, with the dominant industry being timber, sawmill was built. In 1870 a slab hut was built by local parents as a schoolhouse. It was replaced by a government school in 1885. Today Oakdale is a fruit-growing area on the edge of Sydney's southern overspill.

Burragorang Valley and Lake Burragorang Lookout
Europeans started exploring the Burragorang Valley as early as 1802. It was surveyed in 1827 and was used as a bullock-dray track across the valley. When silver was discovered at Yerranderie in the 1890s it was upgraded. It later became a popular destination for tourists but when the Warragamba Dam was completed in the late 1950s the valley was flooded and access through to Yerranderie was cut off. The reason for the building of the dam was a drought which lasted from 1932-1942 and created an acute water shortage in Sydney. It was decided to dam the waters of the Cox, Nattai and Wollondilly rivers and the result was Lake Burragorang which covers 7500 ha and holds over 2 million milliltres of water. It now stores about 80% of Sydney's water and is one of the largest domestic water dams in the world. If you travel to the western end of Burragorang Road (15 km west of The Oaks) you reach Burragorang Lookout which provides panoramic views across the valley, the lake and access to Nattai State Recreation Area where bushwalking can be enjoyed. The lookout has informative signage as well as fireplaces, picnic areas and a playground. For more information check out http://www.environment.nsw.gov.au/NationalParks/parkHome.aspx?id=N0624.

Warragamba Dam
It is possible to visit the 142 metre high Warragamba Dam. It lies 25 km north of The Oaks via Silverdale Road. There is currently no access to the dam wall but there are a number of excellent lookout points (three viewing platforms at the Warragamba Dam Visitor Centre and one at the Eighteenth Street Lookout). For more information check out http://www.sca.nsw.gov.au/water/visit/warragamba-dam.

* Prior to European occupation the district was inhabited by the Tharawal Aborigines. There is evidence that the bitter conflict between European settlers and the Tharawal resulted in the arrival of the Gundangarra people in the district.

* In 1788, just four months after the arrival of the First Fleet, seven of the eight cows on the Government Farm at Farm Cove, disappeared. They were finally sighted in 1795 on the western side of the Nepean and by that time the herd had increased to over 40. They were grazing on an area that became known as 'Cow Pasture Plains'. This led to the development of the area around The Oaks.

* The Burragorang Valley and area around The Oaks was explored by the Frenchman, Francis Barrallier in 1802-03.

* Between 1802-1804 the botanist George Caley travelled through the area and named it The Oaks after the she-oaks in the area.

* In 1813 Governor Macquarie established three cattle stations on the Cowpastures. One was located on the future site of The Oaks.

* The first land grant was issued in 1823 to John Wild who had been in charge of the cattle station at Cawdor. He established a farm on the 'Vanderville' estate and built a homestead in the late 1820s with the help of Aboriginal and convict labour. Sheep, cattle and pigs were raised, wheat and tobacco farmed, and a dairy established. The estate was located south of The Oaks though nothing remains today.

* In 1838 John Wild and another early settler named Major Russell built St Matthew's Church for their families and servants to worship in.

* By the 1840s the economic focus of the district had shifted from mixed farming to wheat and a flour mill was established.

* John Wild's daughter-in-law, Emmeline, released 100 acres of the family estate in 1858 for the establishment of the private village of Vanderville on the banks of Werriberri Creek.

* A post office was opened in 1858 and the village was officially recognised as The Oaks.

* By 1860 The Oaks comprised eight houses, as well as an inn, a wine saloon and two blacksmith's.

* The majority of the area was Roman Catholic and a Catholic church opened in 1865.

* In 1885 a state school was built to service the village and surrounding district.

* St Luke's became the principal centre of Anglican worship when it was built in 1892.

* The discovery of silver at Yerranderie drew attention to the area in 1890.

* The mining of iron ore began in 1891 in the area between The Oaks and Picton.

* A convent school run by the Sisters of St Joseph was opened in 1902.

* In 1906 the Wollondilly Shire Council held its first meeting.

* By 1911 the town had its own telephone exchange

* Coal mining began in the Burragorang Valley on a small scale in the 1930s but it soon became the principal economic activity and, after World War II, led to a resurgence of the township.

* The Oak Hotel burned down in 1940 and was replaced by the new hotel.

* Electricity was connected to the town in 1946.

* Massive retrenchments from the local mines occurred in the early 1980s.

The Oaks does not have its own visitor information centre. The closest is the Camden Visitor Information Centre, 46 Camden Valley Way, Elderslie Tel:  (02) 4658 1370

A useful local website is http://www.stonequarry.com.au/towns/theoaks.html which has a detailed history of the district. 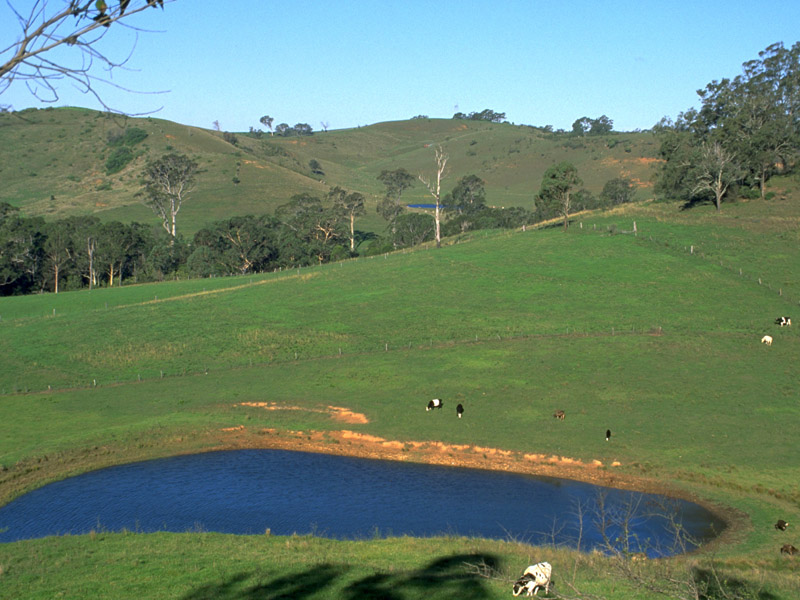 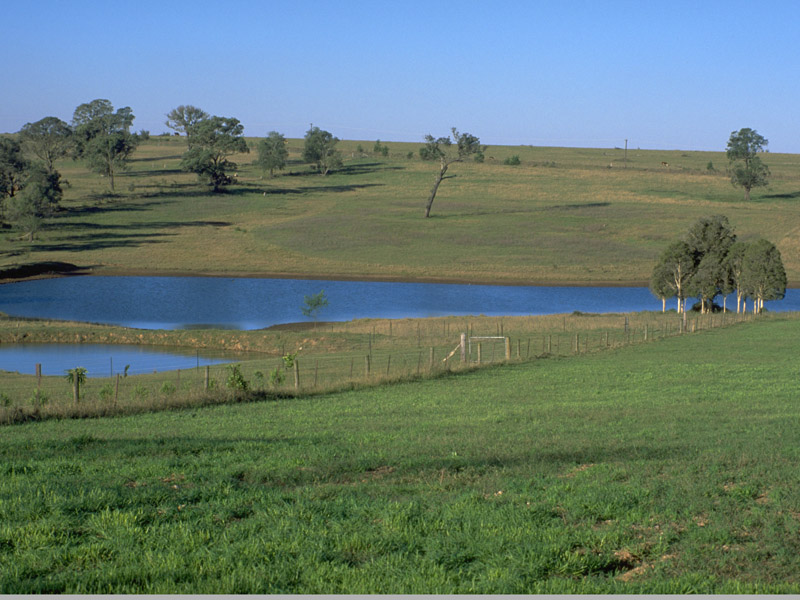 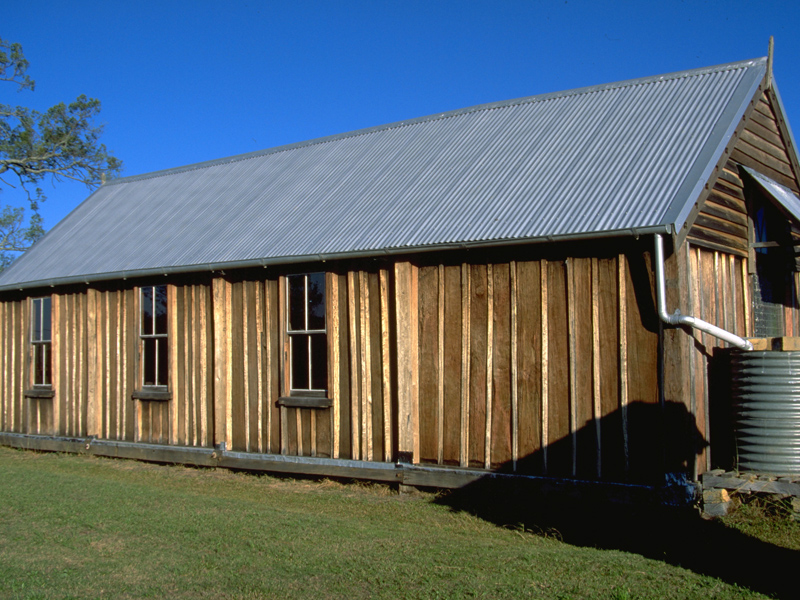 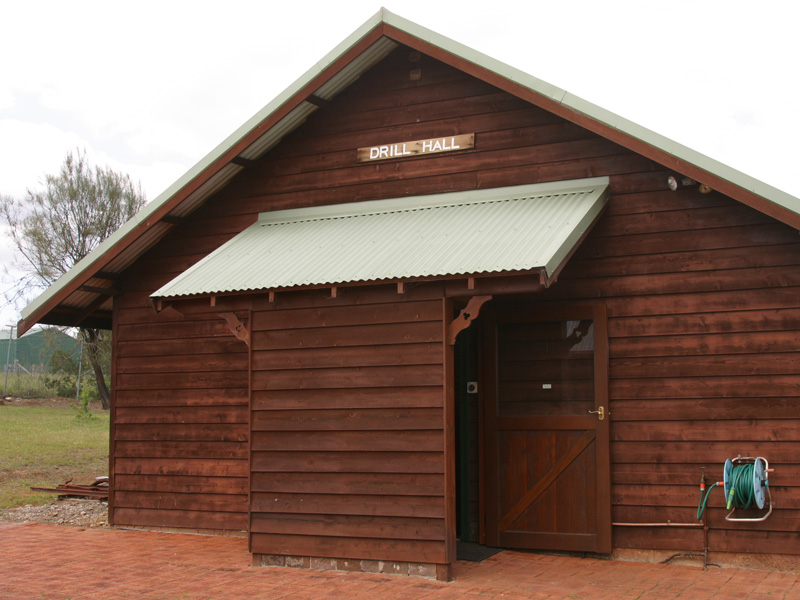 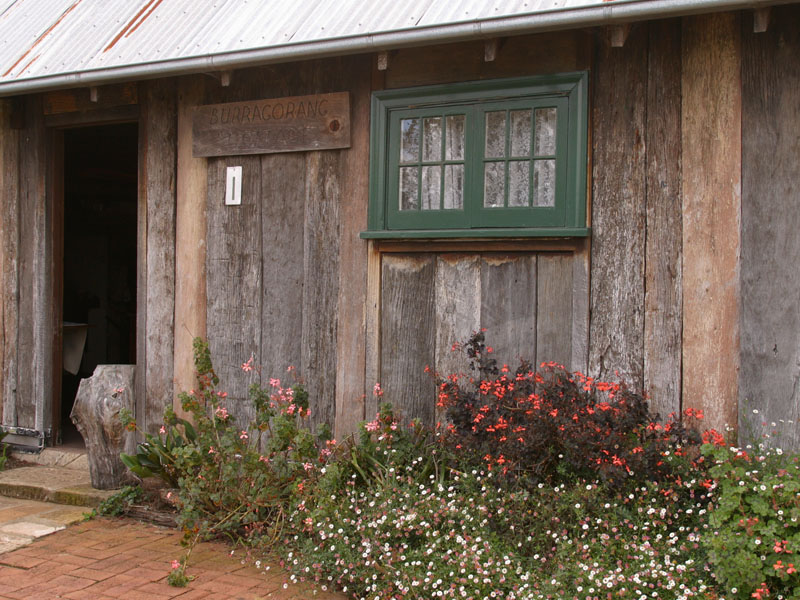 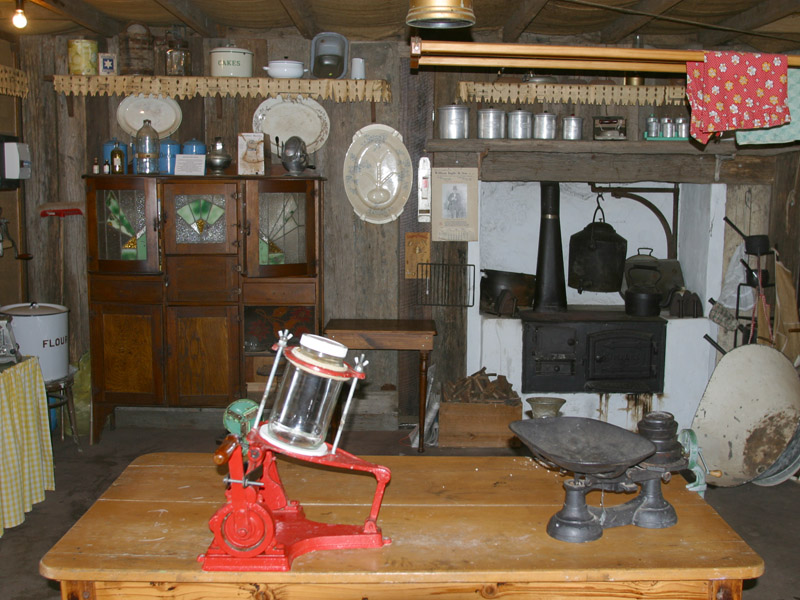 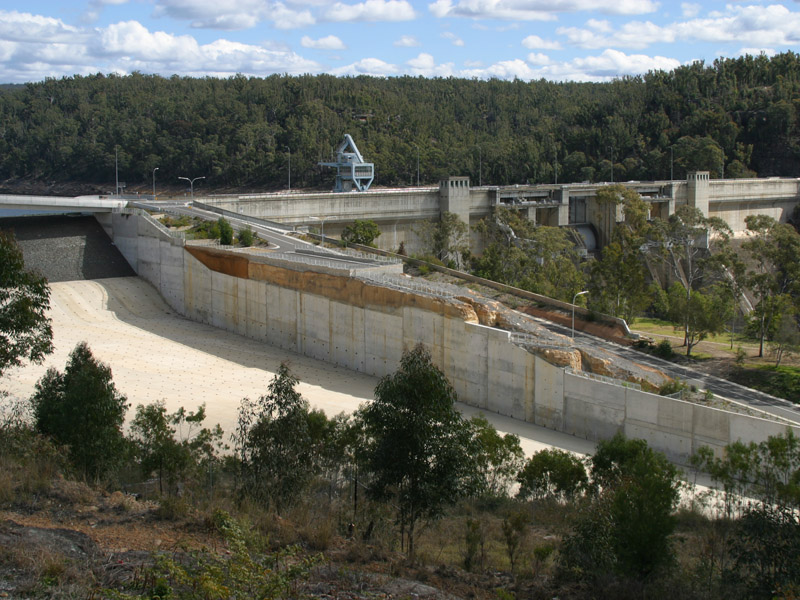