Wilmington is a sleepy country town. The appeal of the town and district is that there a number of interesting panoramic views (both Hancock's Lookout and Horrocks Pass) and some impressive walking trails through the lower Flinders Ranges in the area.

Wilmington is located 294 km north of Adelaide via Clare and Laura.

No one is quite sure why Wilmington got its name. It has been suggested that it was named after either Wilmington in Delaware or Wilmington in North Carolina, in the United States. It was named by Governor Anthony Musgrave in 1876. No one knows why although it is known that Musgrave's wife, Jeannie Lucinda Field, was American. The town had previously been known as Beautiful Valley.

Wilmington Hotel
Originally known as the Globe Hotel, this prominent building in the main street was built around 1876. It is now the Wilmington Hotel. It is still possible to see the old coaching stables at the back of the building. These stables, probably built in 1880, are made of rubble stone with rendered doorways and openings which are characterised by louvres. They include both the original stable door and loft.

Police Station
Dating from 1880 and located in the Main Street this is another example of a handsome public building constructed at a time when there was a belief that the town would become more substantial. It is now a private residence.

Alligator Gorge
Located 10 km south of Wilmington is Alligator Gorge which is part of Mount Remarkable National Park. It is an area of particular beauty which is noted for its outstanding displays of wildflowers in the springtime. There are steps into the gorge with resting bays at various points. At some places the gorge is so narrow it is only 3 metres wide. Ferns and gum trees fight for light in this narrow and beautiful location. There is a 2 km loop walk which takes around 90 minutes and is of moderate difficulty. It can be accessed from two car parks. There are also the Gorge Lookout (600 m, 20 minutes) and Ali Lookout (400 m, 15 minutes). There is also the Alligator Gorge Ring Route Hike which follows the full length of the Alligator Gorge (9 km, 4 hours return). Brochures and maps can be downloaded from http://www.environment.sa.gov.au/parks/Find_a_Park/Browse_by_region/flinders-ranges-outback/mount-remarkable-national-park.

Goyder's Line
Lying to the south of Wilmington on the road to Melrose is a simple rock recalling Goyder's Line. It is inscribed: "In 1865 Surveyor-General George Woodroffe Goyder marked on the map of South Australia a line delineating drought-affected country. The line, which passes through this area, became an important factor in settlement in this state, being regarded as an indication of the limits of lands considered safe for agricultural development." In other words, Wilmington is beyond Goyder's Line and not safe for development. Today, though much of the country outside the line has been brought into productivity owing to modern methods of cultivation, the imaginary boundary delineated by Goyder  is still recognised by the Lands and Survey office, and is regarded as an infallible guide by pastoralists. The son of David Goyder, a minister of the gospel, the late G. W. Goyder must be given a foremost place in that gallery of South Australian pioneers ... During the 32 years he was Surveyor-General— from 1861 to 1893— Goyder adopted a bold, progressive policy, which has left an indelible mark on the agricultural history of South Australia ... A harassed Commissioner of Crown Lands asked Goyder, following the great drought of 1865, to make the necessary examination of the country lying to the north of Adelaide to enable him to determine and lay down on the map, as nearly as practicable, the line of demarcation between that portion of the country where the rainfall had extended and that where the drought prevailed. With characteristic promptitude Goyder set about the task, and by December 6 of the same year presented a comprehensive report to the commissioner in which he observed: — "Had the drought, which unfortunately still prevails, been of an ordinary nature there had been no necessity for my leaving town upon this duty, as the line of demarcation might have been shown from information previously in my possession and specially referred to in my report on the valuation of some of the northern runs. The drought, however, being of an unusually severe nature and extending more generally than any previously known, it became indispensable to add to my previous experience the knowledge of the state of the country as it now exists.'' The result of his investigations, Goyder stated, showed the line of demarcation extended considerably farther south than he had anticipated — the change from the country that had suffered from excessive drought to that where its effect had been only slightly experienced being palpable to the eye from the nature of the country itself. It might be described as bare ground, destitute of grass and herbage, the surface soil dried by the intense heat, in places broken and pulverised by the passage of stock, and formed by the action of the wind into miniature hummocks which surrounded the closely cropped stumps of salt, blue, and other dwarf bushes. Those of a greater elevation were denuded of their leaves and smaller branches as far as the stock could reach. This description, Goyder stated, generally held good of all country upon which stock had been depastured ... Whatever agriculturalists may say about Goyder's line the fact remains that pastoralists still stand by it. It is famous far beyond Australia. A visitor to London in recent years [and remember this was written in 1927] discovered in scientific circles that while not much was known about South Australia the scientists had heard of Goyder."

Wilmington to Melrose Rail Trail
This pleasant 22 km cycle and walking trail was built as a railway line in 1884 but not completed to Wilmington until 20 July, 1915. The last train to use the line carried grain from Wilmington in 1988. After that it was turned into a cycle track which heads south from Wilmington through Terka, past Mount Remarkable, and eventually arrives in Melrose. The trail begins in Peppermint Box Road. There is a map and a downloadable brochure available at http://www.southernflindersranges.com.au/wp-content/uploads/2014/09/Melrose-Trail-brochure-Colour.pdf. There is a very comprehensive description of the journey at Weekend Notes (http://www.weekendnotes.com/cycling-the-melrose-wilmington-rail-trail) - it observes: "The bike trail is signposted as Intermediate ... The trail is unsealed, suited to mountain bikes with some sections a little rough. The trail is not suitable for road bikes. The trail is basically flat to gently undulating with a few rough red gum creek crossings. The riding itself is not technically challenging and suitable for beginners. If you are going to ride out and back you should have a moderate level of fitness as it is about a 50 km round trip.

Hancock's Lookout
Located  5 km west of Wilmington, Hancocks Lookout is an opportunity to stand on the top of the Flinders Ranges and enjoy the panoramic view across the upper end of Spencer Gulf with the power station at Port Augusta. It offers a view across the coastal plain and the road passes through some particularly beautiful Australian countryside.

Horrocks Pass and Horrocks Cairn
Located 11 km from Wilmington on the road to Port Augusta at the top of Horrocks Pass (Horrocks reached the pass on 10 August, 1846), is a monument to John Ainsworth Horrocks (1818-1846) who was born in Penwortham Hall, Lancashire and may well be the unluckiest of all the Australian explorers. Horrocks' career as an explorer lasted only six years. He had arrived in Adelaide on his birthday, 22 March 1839. He was advised by the explorer Edward John Eyre to establish a sheep station in the Hutt Valley near the present-day town of Clare. Almost immediately he began to explore the surrounding area and was the first man to use camels for exploration. Mount Horrocks and Horrocks Pass are named after him. In July, 1846 he left on an expedition to find fresh grazing land to the north. His party included the well-known artist S. T. Gill. At Lake Gill (later renamed Lake Dutton) Horrocks was accidentally wounded whilst unpacking a loaded gun. This is always known as the case of a man being shot by his camel because the gun went off when the camel moved suddenly. He was carried back to Penwortham where he died on 23 September 1846, aged only twenty-eight. At Horrocks Pass there is a cairn with a plaque that reads: "John Ainsworth Horrocks was a pastoralist and explorer. Accompanied by Theakston, Gill, Kilroy and Garlick he traversed this pass 17th to the 19th August 1846. They found the pass on 10 August. Horrocks was accidentally wounded in September at Lake Dutton and died on 23 September at Penwortham."

* Prior to the arrival of Europeans the area around Wilmington was home to the Nukunu Aboriginal people.

* In July, 1846 the explorer John Horrocks reached Horrocks Pass to the west of the town.

* The first European settlers reached the region in the 1850s. They were impressed with the attractiveness and richness of the location and duly named it Beautiful Valley.

* In 1860-61 Robert Blinman built a inn at the foot of Horrocks Pass which he named the Roundwood Hotel.

* By the late 1860s the Globe Hotel had been built. It is now known as the Wilmington Hotel.

* The town was officially named Wilmington by Governor Musgrave in 1876. The day the town was gazetted the local people protested because they wanted to retain the original name of Beautiful Valley. They were overruled when a local  insisted that Beautiful Valley was the name of the local station.

There is no official visitor information but all of the local businesses in the main street (particularly the craft shop) offer brochures and maps about the area.

The brochure Port Pirie & Southern Flinders Ranges (downloadable at http://editions.finsbury.com.au/portpirie/PortPirie/index.html) has a full page of information about Wilmington. 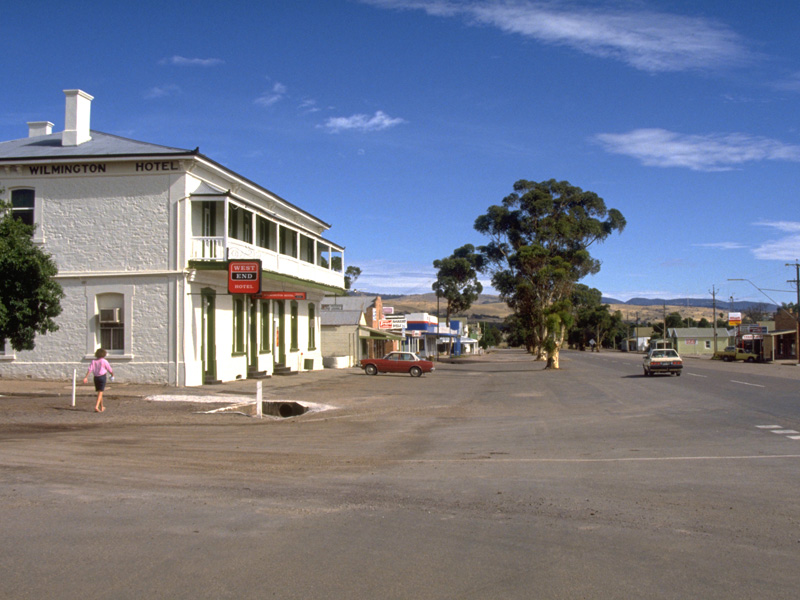 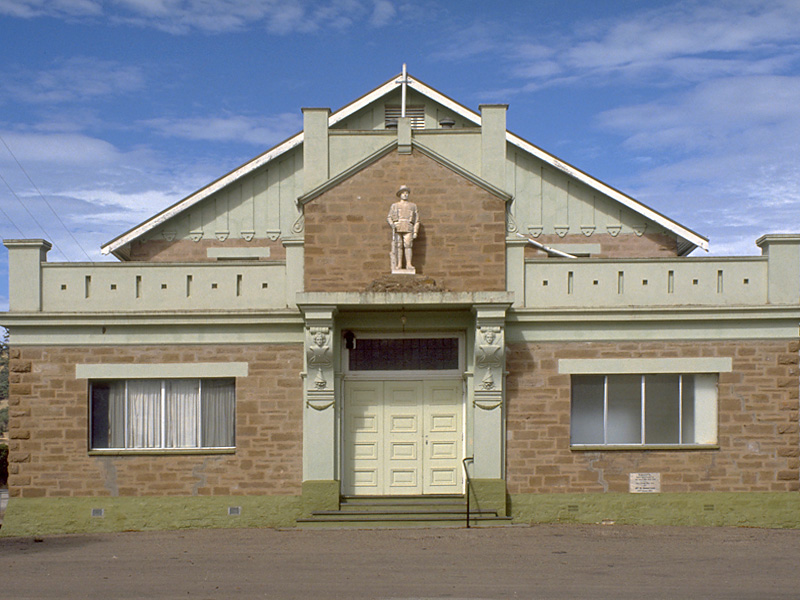 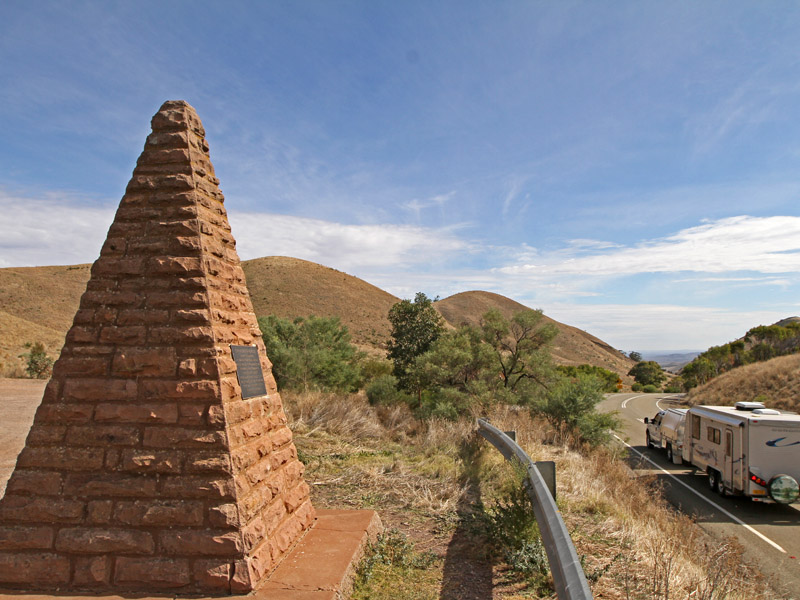 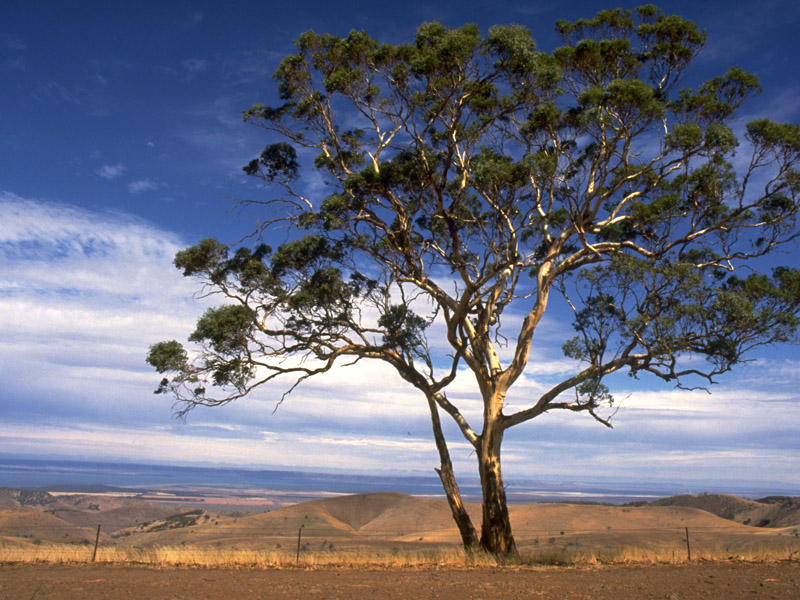 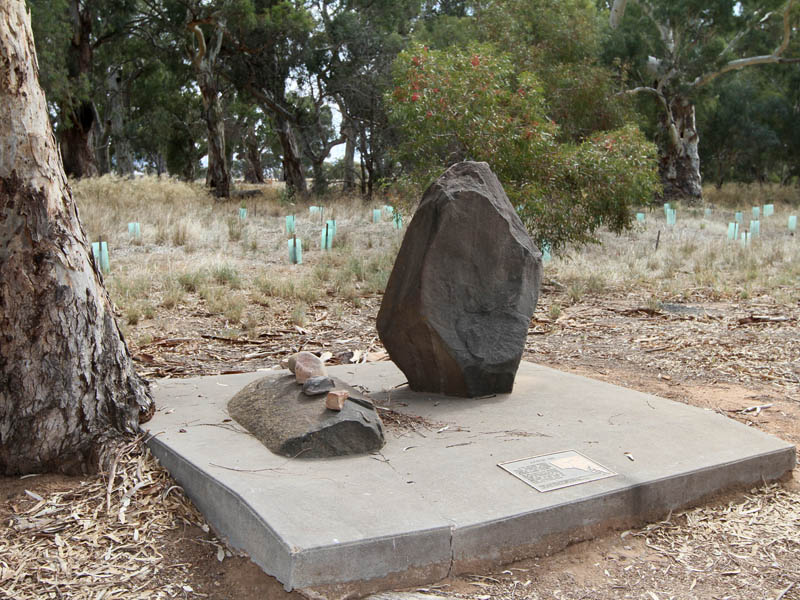