Woodford is a "now you see it, now you don't" part of the suburban sprawl in the lower Blue Mountains. It is notable for the Woodford Academy, a collection of handsome sandstone buildings on the northern side of the Great Western Highway. The town's primary appeal lies in the Academy, the historic nature of the country surrounding the town and the access to quiet campsites.

Woodford is 609 metres above sea level and is located 83 km from Sydney via the Great Western Highway.

Few towns can have changed their name so many times. In the beginning Woodford was known Twenty Mile Hollow which was near Bull's Camp. Then it was known as Buss's Inn which, when the railway arrived in 1866-67, became known as Buss's Platform. Then in 1868 Buss's widow sold the inn and it was renamed Woodford House. It was after this inn that the town was officially named Woodford.

Woodford Academy
The most important historic building in Woodford, and one of the most significant in the Blue Mountains, is the Woodford Academy which is located on the northern side of the Great Western Highway, between Arthur Street and Woodford Avenue.

It has had a remarkably chequered career starting life in 1833 as a weatherboard building known as The Woodman's Inn. It was built by an Irish ex-convict named Thomas Pembroke. By the 1840s the old weatherboard inn had been replaced by a single-storey Georgian stone building and single-storey kitchen wing. This sandstone building became the King's Arms Hotel. Another ex-convict, named William Buss, purchased the establishment in 1855 and it became known as 'Buss's Inn'. A popular watering hole, it served miners and prospectors travelling over the mountains to the goldfields. A brick second storey was later added to the kitchen and a two-storey stone wing was built. By 1862 the group of buildings was complete.  Buss died in 1867 and his widow sold the complex to Alfred Fairfax who turned it into a private residence and renamed it Woodford House. Fairfax lived at the complex periodically until 1884 when it became a guest house. This was a time when the Blue Mountains was becoming a popular holiday destination.

The Woodford Academy is open from 10.00 am to 4.00 pm on the third Saturday of each month. For more details contact (02) 4758 8743. Check out http://www.nationaltrust.org.au/nsw/woodford-academy for more details.

Bulls Camp
Clearly signposted and located on the northern side of the Great Western Highway between Linden and Woodford Bull's Camp Reserve is now a picnic location. It is worth visiting because it has a genuinely fascinating history. It was originally known as   '18 Mile Hollow' because it was 18 miles from the ford across the Nepean River at Emu Plains. By 1829 Lieutenant Bowen had set it aside as a stock reserve. Later it was used as a camp for convicts who were repairing the road. It then became the location of a military stockade which was established to supervise the repairs on the road and to protect travellers from bushrangers in the 1850s when gold was being shipped to Sydney.

The camp got its name from Captain John Bull (1806-1901) who was in charge of the stockade from 1842-44. Although he was only in charge for a brief time Bull was respected by the convicts because he removed flogging and insisted that men who died received a proper burial. Railway workers used the camp in 1866 when the railway line through the mountains was being built. They returned in 1896 when a deviation to the line was built. Today Bulls Camp is a pleasant picnic and rest area. There are a few places of interest - 'The Waterhole', located in a former quarry site, and, on the western side of the reserve, the 'Powder Store' and 'The Grooved Rock'.

Murphy's Glen
Travel south of the town via Bedford Road and you will enter the Blue Mountains National Park on a dirt road which leads to Murphys Glen, a pleasant campsite surrounded by blue gums and turpentines. It is an excellent, quiet retreat from the busy tourism of the Blue Mountains. Check out http://www.nationalparks.nsw.gov.au/blue-mountains-national-park/murphys-glen-campground/camping for further details.

* In 1814, as he was superintending the construction of the road across the Blue Mountains, William Cox placed a marker peg near the site of the present-day Woodford railway station. He named the location 'Twenty Mile Hollow' as it was twenty miles from the ford across the Nepean River at Emu Plains.

* The first Europeans to settle at Twenty Mile Hollow were an ex-convict named William James and his wife. They built a simple stone and slab hut and made a living by selling liquor to passing travellers.

* In 1831 an Irish ex-convict named Thomas Pembroke, together with his family of seven, was granted two acres at Twenty Mile Hollow where he built an inn initially known as 'Sign of the Woodman' and later as 'The King's Arms'.

* In 1855 a police paddock and lock-up were established at Twenty Mile Hollow. That same year another ex-convict, named William Buss, purchased the King's Arms. It became known as 'Buss's Inn' and became a popular stopover for prospectors heading west to the Turon and Bathurst goldfields.

* In 1868 Alfred Fairfax bought Buss's Inn, turned it into a private residence and renamed it Woodford House. Shortly afterwards the railway station was renamed Woodford which became the official name of the settlement.

* Professor Edgeworth David who accompanied Mawson and Shackleton to the Antarctic, built a house in Woodbury Street in 1898. For decades his book, The Geology of Australia, was regarded as the standard work on Australian geology.

* In 1979 Woodford Academy was given to the National Trust by Miss Gertrude McManamey.

There is a good history of the town and the academy at http://infobluemountains.net.au/history/wood_ac.htm 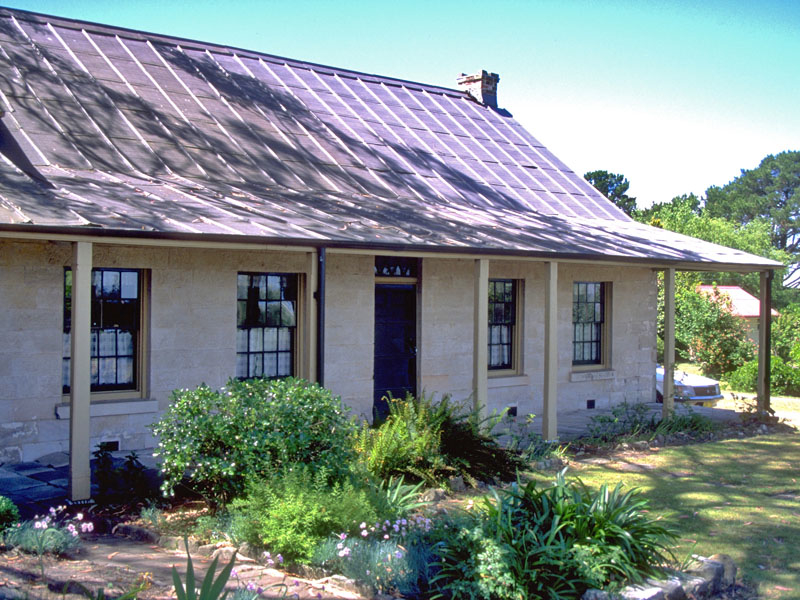 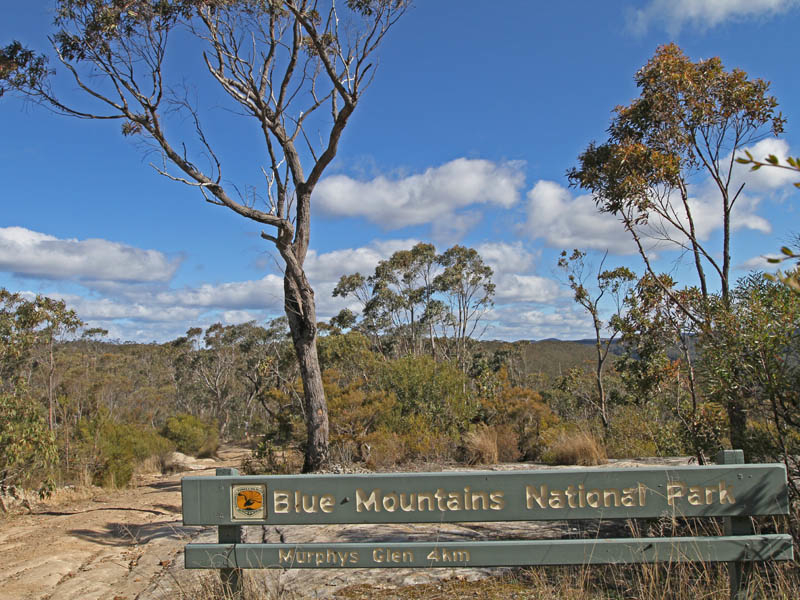