Superb collection of limestone caves in the Snowy Mountains.

Having now inspected all the main publicly accessible caves in Australia I can confidently say that the Jillebenan Cave, a tiny cave in the Yarrangobilly group, is the finest in the country. Of course it is a personal opinion. I have been going to Yarrangobilly for over sixty years and I love the place. But Jillebenan is so small - only 73 metres long - and so intensely beautiful that it has no peer.

The Yarrangobilly Caves were formed in a belt of limestone which dates back 440 million years. There are an estimated 60 caves in the area, of which four - South Glory Cave, North Glory Cave, Jersey and Jillabenan -  are open to the public. The great appeal of Yarrangobilly Caves is that this is much more than an cave experience. It is ideal for bushwalking, trout fishing and there is the mesmerising Thermal Pool where the water, even when there is snow on the ground, is 27°C. And, of course, being in the Snowy Mountains the air seems crisper and cleaner and the night skies are ablaze with stars which seem to shine brighter and sharper.

Yarrangobilly Caves are located 486 km south west of Sydney via the Hume Highway and Snowy Mountains Highway. They are 76 km south of Tumut, 115 km north west of Cooma and 975 m above sea level.

Yarrangobilly is a combination of the Wiradjuri words "yirra" meaning teeth with "bila" meaning river. The teeth is obviously a reference to the stalactites and stalagmites in the caves and the bila refers to the rivers and creeks in the area.

Exploring the Caves
South Glory Cave
Now known as the South Glory Cave (it was always known simply as the Glory Hole) this is the easiest and most pleasant, if not the most impressive, of all the caves in the region. Visitors drive past Caves House and park at the bottom of the incline. Nearby is a pleasant walk (it was built by Anthony Bradley in 1907) which goes around the hillside until the visitor is confronted with the huge Glory Hole, an arch facing the Yarrangobilly River with a collapsed roof near the opening. In the 1950s there was a guided tour of the cave but when the caves were closed from 1966-1968 and prisoners from Cooma Gaol stayed in the area they cut a series of steps and paths so that visitors could have a self-guided tour which started at the arch and ended at the parking lot below Caves House. This means visitors can take as long as they like to read the signage and inspect the formations. The distance through the cave is about 470 metres with 206 steps rising about 45 metres. The temperature, even on the hottest of days, hovers between 9°C and 11°C. Near the exit is a sink hole where Rules Creek, which runs through the picnic area and behind the Visitors Centre, disappears and becomes an underground stream which resurfaces at the edge of the Yarrangobilly River below from the Glory Hole entrance.

Jillabenan Cave
The Jillabenan Cave is tiny, yet intensely beautiful with flowstone shawls, cave coral, helictites, soda straw stalactites and impressive stalagmites. It is only 73 metres and has only 20 steps which makes it viable for both the elderly and the disabled. There is wheelchair access but only on a special wheelchair which can be booked by contacting the National Parks on (02) 6454 9597. With such a richness of formations it is regarded as one of the most beautiful caves in the country. There are regular guided tours of the Jillabenan Cave conducted by National Parks and Wildlife guides at 11.00 am, 1.00 pm and 3.00 pm (These times may change). It has been estimated to be 2 million years old which makes it one of the oldest caves at Yarrangobilly. It was discovered by Leo Hoad in 1910.

The Jersey Cave
The Jersey Cave is one of the most popular guided tours at Yarrangobilly. The cave is 135 metres long, has 217 steps, and is noted for its grey and black flowstone and its famous Cleopatra's Needle stalagmite. It is estimated that the formations have been developing for the past 745,000 years old. Tours of the cave usually last about 90 minutes. The cave was first discovered in 1861 by stockmen moving through the area. In 1891 it was explored by Charles Kerry who named it after Victor Child Villiers, 7th Earl of Jersey who, at the time, was the Governor of New South Wales (1891-1893). The grey and black flowstone has been produced by bushfires and for the experts the caves are a record of bushfires in the area over the past 500,000 years. The first fire recorded by the cave occurred 440,000 years ago. There are regular guided tours of the Jersey Cave conducted by National Parks and Wildlife guides at 11.00 am and 1.00 pm (These times may change - check with NPWS on (02) 6454 9597).

North Glory Cave
The North Glory Hole (entered through the dramatic Glory Arch) is 358 metres long, has 191 steps, and features huge stalactites. It has such amusingly named features as the Queen's Chamber and the Devil's Kitchen  Regular guided tours are no longer conducted through this cave. It is generally only used for school groups.

The Thermal Pool
If there is any better example in Australia of pleasure being followed by pain it is hard to find when compared to Yarrangobilly's superb Thermal Pool. Located 700 metres down a steep bush track (you can go via the Glory Hole but don't be fooled - it is no easier) this remarkable pool, which was first opened in 1896 and upgraded during the 1960s, remains at a constant 27°C all year round. It is quite an experience to swim in the pool in the middle of winter when there is snow on the ground. It has been estimated that the water in the pool rises from a depth of 762 metres and bubbles out at the rate of 91,000 litres per hour. The pain: the only way out is to walk - and walking up a steep 700 metres to get back to the carpark (particularly in summer) is an unforgettable experience which makes you wonder why you made the descent in the first place. Oh, yes, and if you are quiet you will see kangaroos and wallabies enjoying the grass around the pool. They won't stay while you go swimming.

* The Yarrangobilly Caves have been formed in a belt of limestone that dates back 440 million years. It has been estimated that there are 60 caves in the area.

* Prior to European settlement the Snowy Mountains area had been inhabited by the Walgalu people for thousands of years. Their lands stretched across to the Australian Capital Territory. The richness of the annual bogong moth harvests meant that they were often visited by the Wiradjuri from the Riverina plains and the Ngarigo people of the Monaro who lived on the plateau beyond Kiandra.

* The Glory Hole was first discovered in 1834 when a stockman, John Bowman, found some cattle sheltering in the Glory Arch. Bowman explored the cave with a bark torch.

* The Jersey Cave was discovered in 1861 by stockmen moving through the area. In 1891 it was explored by Charles Kerry who named it after Victor Child Villiers, 7th Earl of Jersey who, at the time, was the Governor of New South Wales (1891-1893). In 1892 the Governor officially opened the cave.

* Leo Hoad discovered the Jillebenan Cave in 1910. He became caretaker from 1919 to 1946 and remained at the caves (his sons became guides after him) until the mid-1950s when he retired to Tumut. In 1957 the stone gates which commemorate Hoad's contribution were officially opened. They are located at the entrance to the valley.

* The caves were closed from 1966-1968 while prisoners from Cooma Gaol worked on upgrading the facilities. All the caves which were open to the public were rewired and the old shed at the Thermal Pool was replaced.

* In 2007 Caves House was opened to the general public as an accommodation venue. Once it held many individual guests (in the 1950s it was popular with Snowy Mountains workers) today it is divided into two with one half accommodating seven people and the other half accommodating eight.

Surprisingly there is not a specific website for the caves. The best available is http://www.environment.nsw.gov.au/NationalParks/parkShowCaves.aspx?id=N0018 which provides adequate details and contact points for the Yarrangobilly Caves Visitor Centre. 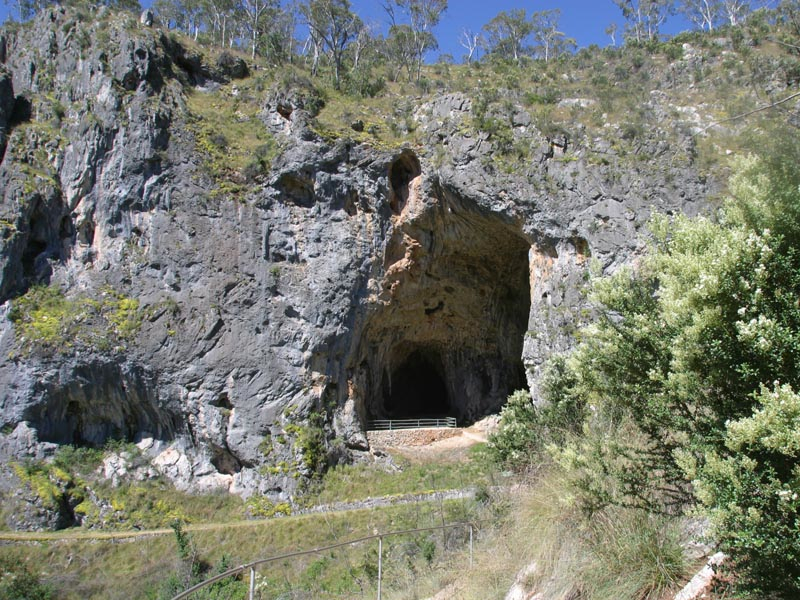 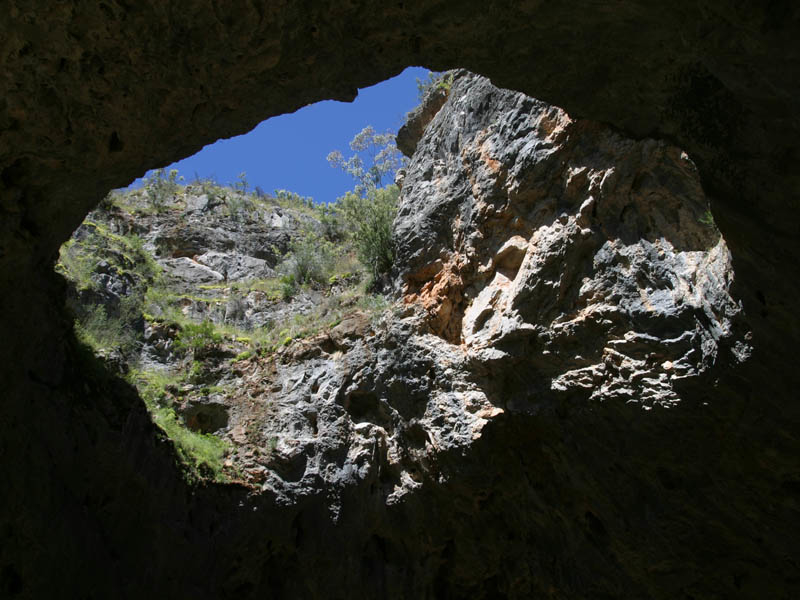 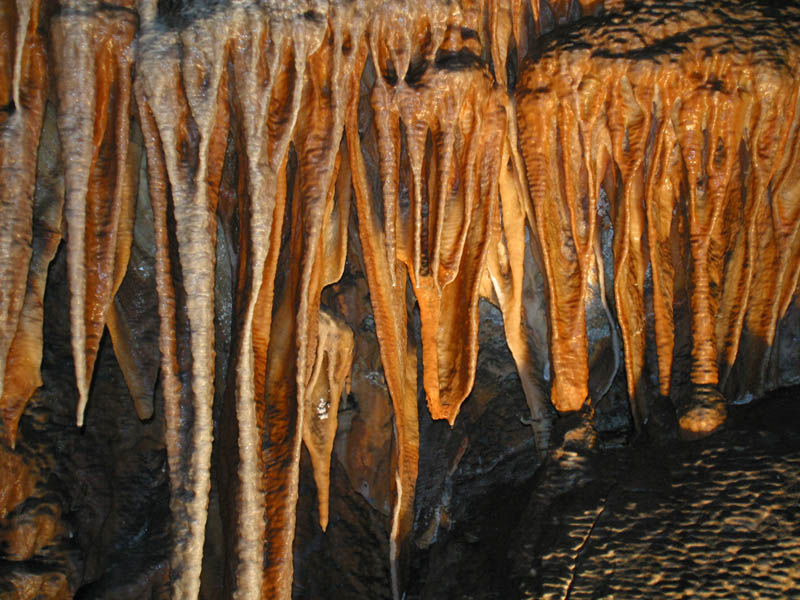 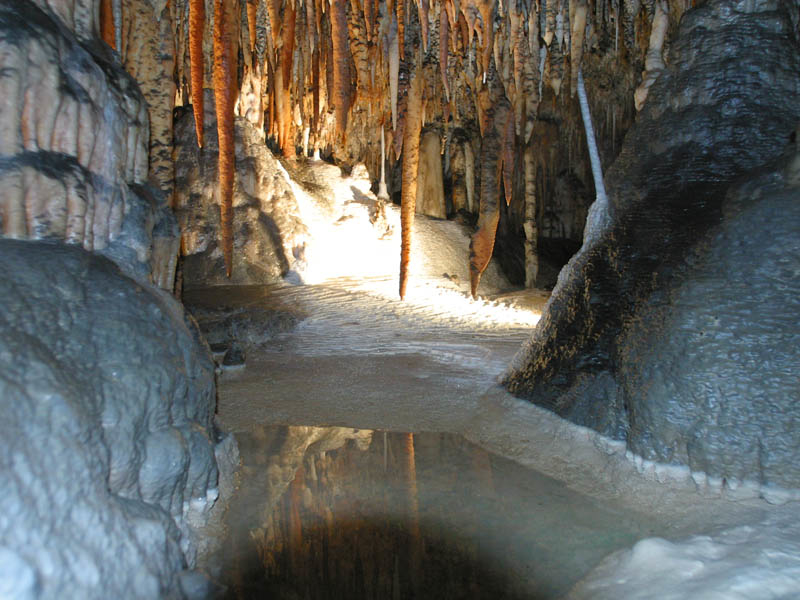 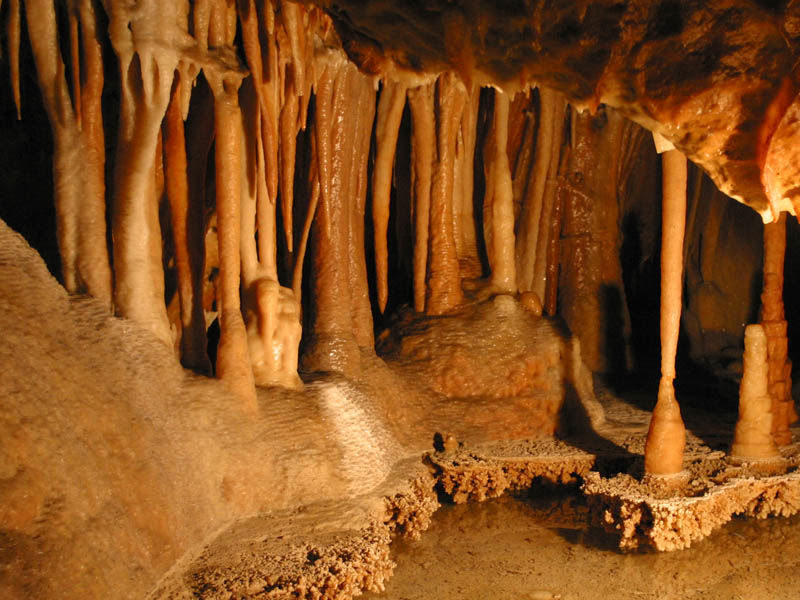 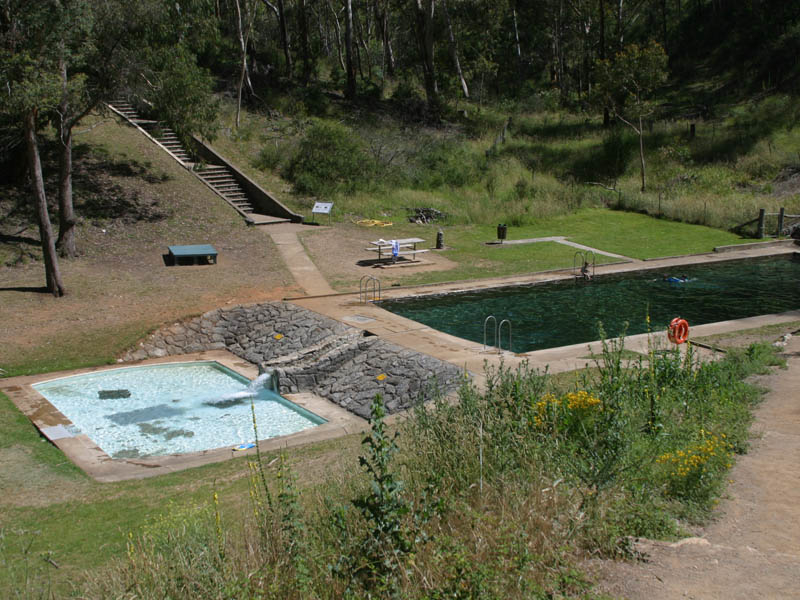 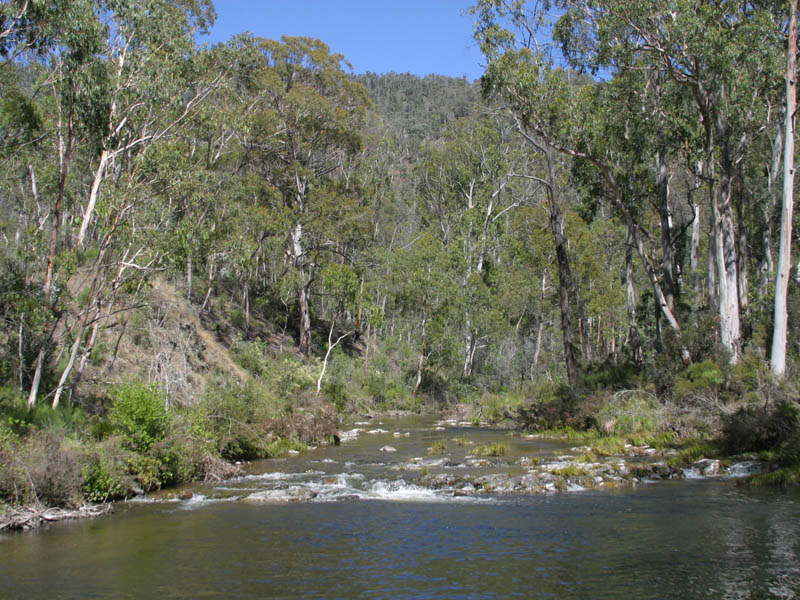 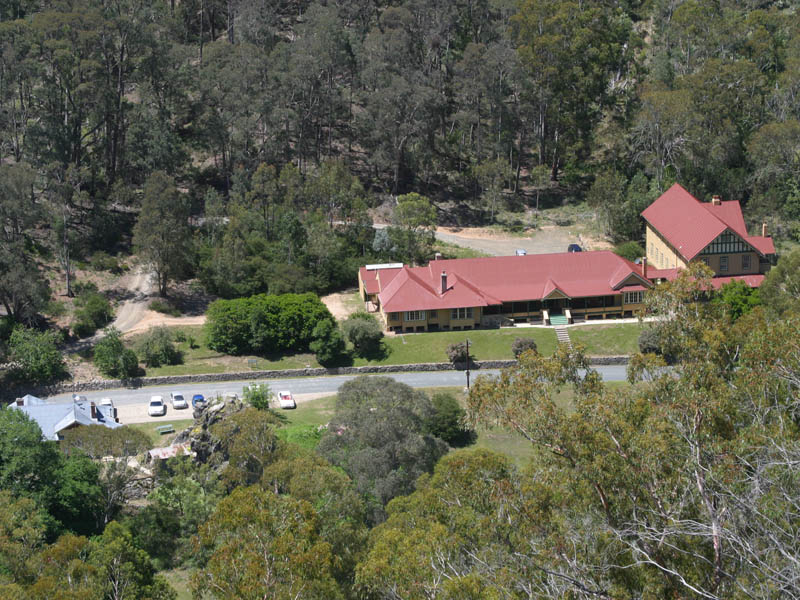