Located on the west coast of the Fleurieu Peninsula, Aldinga is a commuter and beach town south of Adelaide which attracts tourists and holidaymakers, particularly on weekends and during the summer months. It is justifiably famous for its beautiful long, flat and hard beach which is suitable for 4WD vehicles, beach walking, swimming, scuba diving and snorkelling.

Aldinga is located 44 km south of Adelaide on the Fleurieu Peninsula. Aldinga Beach is 3km further to the west.

No one is sure of the origin of the name although some sources claim that the local Aborigines had a word 'aldinghi' which meant 'plenty of water'.

Uniting Church and Cemetery
The cemetery at the Methodist (now Uniting) Church (1893) has a mass grave for the eleven people who died aboard the Star of Greece which sank when it was fierce storms drove it ashore at Port Willunga during a gale in 1888. It is still possible to see parts of the wreck of the Star of Greece at Port Willunga at low tide.

Aldinga Beach
The great attraction of Aldinga is the exceptional beach which is located 4 km from the town centre. It is a particularly hard beach which allows both 4WD vehicles and conventional cars to drive onto the beach. The area, which is popular with day trippers, is ideal for swimming and snorkelling.

Star of Greece
An underwater plaque records the sad history of the Star of Greece (1868-1888). "a three masted iron ship of 1227 tons built at Belfast, Ireland in 1868. One of the fastest and finest ships in the Star Line. On 13th July 1888 while bound for Great Britain with a cargo of 16,000 bags of wheat aboard the vessel was wrecked during a severe storm. Inadequate lifesaving facilities and the severity of the storm contributed to the death of eighteen members of the crew." For detailed diving instructions check out http://divingadelaide.com.au/guided-dives/shore-diving/star-of-greece-wreck/ which has a map and lots of useful information.

Aldinga Scrub Conservation Park
Lying between Aldinga Beach and Sellicks Beach, the 300 ha Aldinga Scrub Conservation Park is home to a diverse range of rare plants which live in an environment characterised by an impressive backdrop of sand dunes which reach up to 10 metres high, sand blows (mobile dunes) which can reach 35 metres high, mallee scrub, remnant red gum forests and closed heaths. Lacy coral lichen, nardoo, hairy sedge and several species of orchids are among the park's rare species of flora. There are a number of walking trails where, if you are lucky, it is possible to see brush-tailed possums, short-beaked echidnas, bats and geckos. Ovre 160 different bird species have been sighted in the park. There is a useful, downloadable brochure available at http://www.environment.sa.gov.au/parks/Find_a_Park/Browse_by_region/Fleurieu_Peninsula/Aldinga_Scrub_Conservation_Park.

* Prior to the arrival of Europeans the area was home to the Kaurna Aborigines.

* The coastline was first explored in 1802 when Matthew Flinders, during his epic circumnavigation of Australia, sailed up the coast. Flinders was impressed by long beaches and gently rolling green hills behind them.

* The plains behind the coast began to be used for agriculture in the 1850s and the town grew up to meet the needs of the farming community.

* In 1857 a local farmer, Lewis Fidge, drew up a street plan for the town. The construction of a hotel, church, a number of shops and a blacksmith's occurred in the years that followed.

* Aldinga became a thriving settlement in the 1860s when it operated as a port for the surrounding farming communities. As such it had two mills for the wheat and there were, for both locals and the sailors who plied the coast, no fewer than six pubs.

* In 1868 a hotel, which subsequently became known as Hart's Temperance Hotel, opened for business.

* By the 1890s it had become a popular day tripper and holiday destination.

* In 1937 Sir Ivor Hele, who was an official war artist in both World War II and the Korean War, purchased an old coaching inn, dating from 1840, situated on the corner of Little Road and Adey Road. He lived there until he died in 1993.

* In the 1960s and 1970s the endangered wetlands, with their important flora and fauna, began to be protected by the local council.

It is widely recognised that the best restaurant in the area is the Star of Greece, 1 Esplanade, Port Willunga, tel:(08) 8557 7420, http://www.starofgreece.com.au. 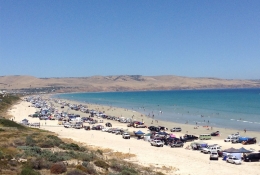 Cars and 4WDs on Aldinga Beach 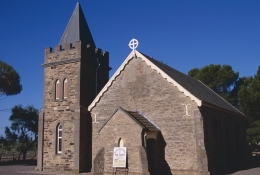 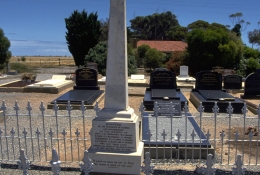 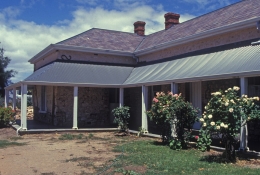 The Aldinga Inn in 1990 - in the process of being repaired. 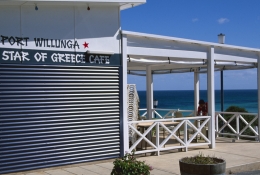 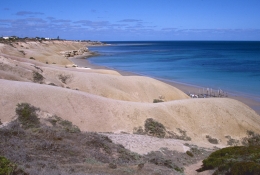 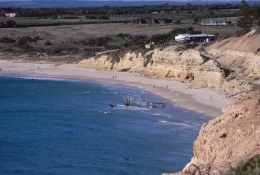 Port Willunga beach and old wharf from the Star of Greece restaurant. 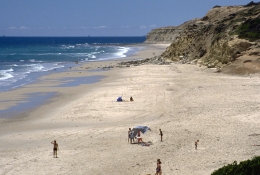 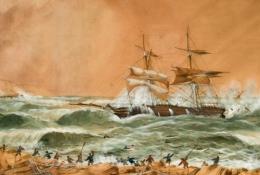 The painting of the wreck of the Star of Greece in the South Australian Maritime Museum.