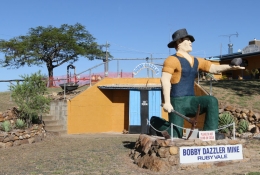 The statue of the miner outside the Bobby Dazzler Mine in Rubyvale. 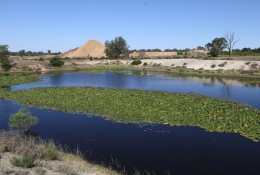 Once there was just solitary gem fossickers in the area. Now there are huge commercial mullock heaps and lakes where mining companies have dug. 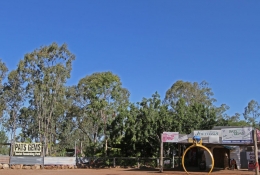 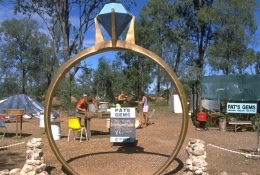 Pat's Gems at Sapphire with the Big Sapphire Ring in 1990. It has changed. 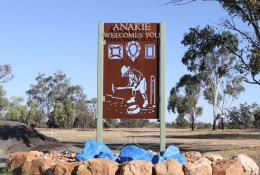