Historic town where Ned Kelly lived as a child.

Avenel is an important footnote in the history of Ned Kelly. When Ned Kelly was captured he was wearing a green sash. The green sash was given to him by the grateful citizenry of Avenel after he saved a young boy from drowning in the local creek. The entire Kelly family moved to Avenel around 1860 and from that point they are woven into the fabric of the life of the town.

The small town of Avenel is located 127 km north of Melbourne between Seymour and Euroa and just to the west of the Hume Freeway.

In the 1830s the area around Avenel was settled by Henry Kent Hughes who named his property 'Avenel' after an aristocratic English family. Hughes may well have been inspired by a popular novel, The Monastery, published in 1820 and written by Sir Walter Scott. In that novel there is a haunting "White Lady of Avenel" which may have captured Hughes' imagination.

The Old Sydney Road Bridge and Ned Kelly
The first Overland Mail travelled from Melbourne to Sydney in 1839. It followed a route known as the Old Sydney Road which had been created by drovers and bullock wagons. The road crossed Hughes Creek at a shallow, sandy ford which became a camping place for teamsters. In 1847 a timber bridge was built across the creek and then in 1859 a six-arch stone bridge was built by Hugh Dalrymple for the Victorian Board of Land and Works. The new bridge was a response to the goldrush to Beechworth which had seen the traffic on the road increase dramatically. The bridge was decommissioned in 1969.

Avenel's most famous citizen was Ned Kelly. In the early 1860s Kelly's father, John Kelly, took the entire family to live in Avenel. Ned lived in the town from the age of 8 until his father died when he was only 12. It is widely accepted that Ned saved a boy named Richard Shelton from drowning in Hughes Creek in 1864. Ned was only ten at the time. He was subsequently rewarded with a green sash which he wore at Glenrowan when he dressed in his infamous armour. The sash is on display in Benalla.

The Grave of John (Red) Kelly
The plaque on the Ned Kelly Touring Route at the Avenel Cemetery records The Avenel Days: "Ned Kelly's father, John 'Red' Kelly, aged 45, was laid to rest in the cemetery on 28 December 1866. Red had arrived in Van Diemen's Land in 1842 having been sentenced in Ireland to seven years transportation. During his time in Avenel, Red was found guilty of 'having illegally in his possession one cow hide'. This was the result of a desperate attempt to provide food for the young family. When he returned from the police lock up he was soon charged with being Drunk and Disorderly. Red died 16 months later, a victim of 'the drink'. The following day Ned reported his father's death by providing the details as required by law and he signed the register with 'Edward Kelly, Son'. Red had few successes in his life. He was a criminal, an unsuccessful farmer and land speculator, and was barely able to provide for his family. Despite this he was loved by his wife and seven children up until his death at the early age of 45." The grave is easy to locate. It is just to the left of the main gate.

Royal Mail Hotel
The Victorian Heritage Register records that the Former Royal Hotel, located at 26 Henry Street, "was constructed near the bridge over Hughes Creek by James Hilt in 1855-56 and originally operated as a store before Hilet was granted a District Publicans licence in 1857. The strategic location of the hotel ensured its popularity and the hotel was further buoyed by the increase in coach activity between Melbourne and the gold town of Beechworth." It explains the Hotel's historic significance as "a prominent 1850s coach staging post on route to the Beechworth goldfields and the early overland route to Sydney, and remains a critical element in the understanding of the now relatively isolated old portion of the town of Avenel. The location of the hotel near the site of the first bridge over Hughes Creek and the substantial stone bridge which had replaced it is a significant reminder of the short-lived commercial importance of the old town and its subsequent decline following the construction of the railway station one and half kilometres to the north in the early 1870s. The Royal Mail Hotel is of architectural significance as a verandahed country hotel in the Victorian Georgian style which retains much of its original external form and detail and some internal finishes. The hotel has splayed corner entrance characteristic of hotels of the period, and retains, unusually for a hotel building of its age, varied remnants of early interior finishes and wallpapers."

* Prior to the arrival of Europeans the area around Avenel was occupied by members of the Taungurong language group.

* The area was first settled in 1838 by Henry Kent Hughes who named his property 'Avenel'. The creek is named after him.

* In 1839 the first Overland Mail from Melbourne to Sydney crossed the ford at Hughes Creek.

* A timber bridge across Hughes Creek was opened in 1847.

* The township was established in 1849 when the government offered land for sale adjacent a ford over Hughes Creek.

* In 1855 the Royal Mail Hotel was completed. It became an important stop for Cobb & Co coaches.

* By 1859 a substantial stone bridge had been built to meet the needs of the increased traffic.

* In 1860 John Kelly, Ned Kelly's father, brought his family to live in AvenelNed lived in the town from the age of 8 until his father died when he was only 12.

* In 1864 Ned Kelly saved a boy from drowning in the local creek.

* The railway reached the town in 1872. The town became an important loading point for wheat being shipped to Melbourne.

* Today it is quiet town been by-passed. The associations with Ned Kelly are its primary appeal.

The Heritage Victoria site - http://vhd.heritage.vic.gov.au/places/result_detail/33?print=true - has useful information about the town. There is also an Official Visitors Guide to the region: http://www.nagambielakesandstrathbogieranges.com.au/pages/official-visitors-guide/. 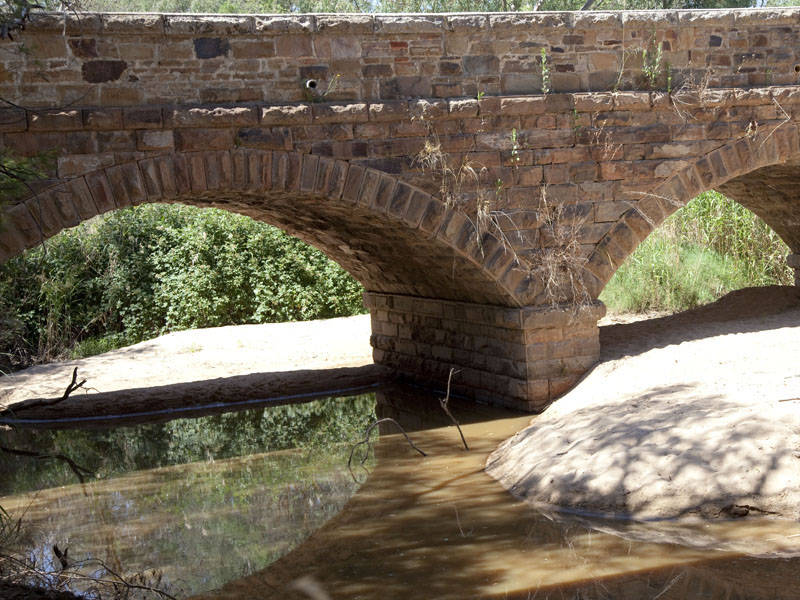 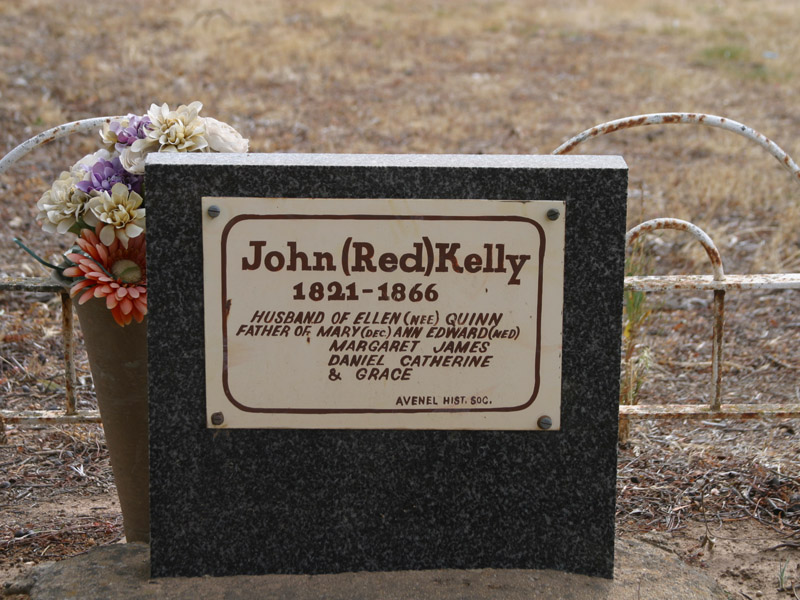