Blue Mountains village famous for its apples although officially in the Hawkesbury district.

For most residents of New South Wales the name Bilpin is synonymous with apples. Located on Bells Line of Road between Richmond and Lithgow this tiny settlement - little more than a few houses and a lot of apple orchards - is a place to stop at the famous Fruit Bowl and purchase some fresh apples and apple juice. The area is known for its cool climate and its rich soils and this has created a situation where the two main attractions are the remarkable Waratah Native Garden and the Blue Mountains Botanic Gardens both of which are only a few kilometres from Bilpin on Bells Line of Road.

Bilpin is located on Bell's Line of Road 90 km north-west of Sydney via the M2 toll road.

Bilpin on Bell's Line of Road east of the town of Bell was originally named 'Belpin' after Archibald Bell Jr, who, in 1823 when he was only nineteen, crossed the Blue Mountains and was suitably honoured by having the town named after him.

Waratah Native Gardens
The Waratah Native Garden is located 5 kilometres west of the tiny village of Warawaralong. The garden is the work of Frank Stone who grew many of the waratahs from seed. In 1967 he donated his garden to the Blue Mountains National Park authority. When the native plants are in bloom (between September and November) the garden allows visitors to experience displays of the rare waratah as well as enjoy pleasant  bush walks through gullies rich with tall turpentines and stringybarks to a waterfall and quiet mountain pool.

Blue Mountains Botanic Garden, Mount Tomah
The Blue Mountains Botanic Garden, Mount Tomah (now a 252 ha Blue Mountains annex of Sydney's famous Botanic Gardens) is located on a geological platform of 15-million-year-old basaltic lava. These volcanic soils, which also exist at Mount Wilson, are ideal for orchards and gardens. It wasn't until 1934 that a French horticulturist Alfred Brunet purchased the land and developed a cut flower farm. He offered the land to the Sydney Botanic Gardens in the 1970s. In 1987, as part of the Bicentennial year celebrations, the gardens were expanded dramatically. Today the result is a beautiful 28 ha site which features an excellent collection of cool climate plants from around the world, with a staggering 40,000 native, exotic and rare plants. There are a total of thirteen separate gardens ranging from Southern Hemisphere Woodland and a Bog Garden through Brunet's Meadow (once Brunet's private garden), a Proteaceae to Rhododendrons and a traditional, European-style Formal Garden which is laid out in three terraces with herbs and rose gardens. There's a 17th century-style Lawn Terrace with manicured lawns and clipped hedges and a Pergola Terrace which is based on 19th-century herbaceous borders. There is an excellent visitors' centre which offers information, displays, a theatrette, a shop, toilets, books, gifts, souvenirs and wheelchair access. It also has a fine balcony with views north across the gardens. There are picnic and barbecue facilities and the gardens are open daily from 9.00 am to 5.30 pm. The gardens have a fine website - http://www.mounttomahbotanicgarden.com.au/ - which provides information on which flowers are in bloom and which times to visit. It also has a downloadable map - http://www.mounttomahbotanicgarden.com.au/imagesDB/paragraph/Feature-Gardens-map.pdf. Entry is free.

The Bilpin Fruit Bowl
Not surprisingly there are now a number of shops and orchard outlets along Bells Line of Road at Bilpin. They all offer fresh apple juice, apple pies, coffee and cafe food. The one which has been in operation since 1985 (it is family owned), and has managed to sneak into the Australian list of "Big Things" is the Bilpin Fruit Bowl at 2093 Bells Line of Road. Check them out at http://www.bilpinfruitbowl.com.au. You can even adopt a fruit tree. Their apple pie is out of this world and their apple juice is excellent.

* It is believed that the first European to reach the area was the former convict Matthew Everingham who in 1795, with Reed and Ramsay, set out to explore and find a way over the mountains. They were unsuccessful but were only one day short of crossing the mountains. They were low of supplies and weren't aware they were so close to accomplishing what they set out to do.

* The next explorer into the area was George Caley in 1804.

* The first confirmed European explorer was Archibald Bell, Jr.  who in 1823, aged only nineteen, crossed the mountains moving from Mount Tomah to the Cox's River. His route has become known as Bell's Line of Road. Although the Blue Mountains had been crossed some years before there was not a route through from Richmond and Bell, on his second attempt, managed to cross the mountains and join up with Cox's Road. When he returned to Sydney, Bell reported the richness of the soil in the Bilpin area and this attracted settlers eager to grow fruit trees in the area. He also commented on the rainforest and huge tree ferns around Mount Tomah - anticipating the development of impressive gardens.

* The first land grant was issued in 1830 but the land for the Mount Tomah Botanic Gardens was not purchased until 1934 when a French horticulturist Alfred Brunet developed the area as a cut flower farm. He offered the land to the Sydney Botanic Gardens in the 1970s.

* The area did not take off with any enthusiasm. By 1831 there were only thirteen families living along the entire length of Bells Line of Road.

* The discovery of gold around Bathurst in the 1850s saw prospectors using the rough track that is now Bells Line of Road as an easy crossing route to the goldfields.

* Although relatively close to Sydney, Bilpin has remained a fruit and garden area and has managed to resist the inevitable sprawl of Sydney's western suburbs. Today it is sparsely populated orchard and garden country.

There is no specific website for Bilpin. There is a useful downloadable description of The Mounts Discovery Trail which covers the attractions along Bells Line of Road. Check out http://www.greaterbluemountainsdrive.com.au/downloads/notes-the-mounts.pdf 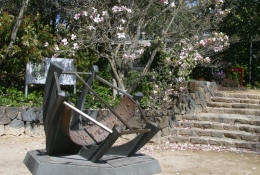 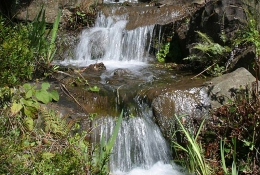 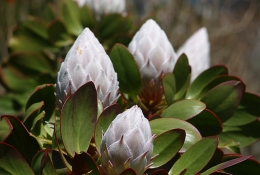 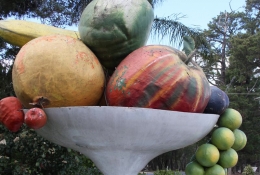