Attractive, historic town on the banks of the Torrens River in the Adelaide Hills

Birdwood is a small, attractive town in the Adelaide Hills and on the banks of the River Torrens which achieved importance as a major attraction when the Blumberg Flour Mill was converted into the National Motor Museum. Today it is a pleasant place to stop, have a meal, explore the charming old buildings and soak up the ambience of a quiet area removed from suburban Adelaide.

Birdwood is located 44 km east of Adelaide in the heart of the Adelaide Hills.

Birdwood is an interesting example of a town affected by intense anti-German feeling during World War I. When it was settled in the 1840s by German/Prussian refugees fleeing religious persecution in Silesia it was known as Blumberg. During World War I it was renamed Birdwood after Sir William Birdwood who had commanded the Anzacs at Gallipoli.

Blumberg Mill - the National Motor Museum
Located on the Main Street in the old Blumberg flour mill is the State-run National Motor Museum which was started in 1964 by Jack Kaines and Len Vigar. It now has a collection of over 300 vehicles including such valuable items as a 1910 Daimler, a 1929 Bentley and an 1899 Shearer Steam Car. Outside the Museum is a road engine which was hauled by road on temporary wheels by a horse team from Mannum to Gumeracha in 1911. It was used in the Gumeracha sawmill until the sawmill was burnt down in 1939. For more information check out http://www.adelaidehills.org.au/attractions/national-motor-museum and http://motor.history.sa.gov.au. The museum is open daily from 10.00 am - 5.00 pm, tel: (08) 8568 4000.

Blumberg Inn
Built in 1865 as a single storey hotel named, amusingly, the Napoleon Bonaparte reputedly because some of the local citizens had fought with Bonaparte. It has changed many times (note the car in the front) but by the 1880s it had been turned into the two storey bluestone building with impressive ironwork and a charming upstairs balcony which can be seen today. It is now a central part of the town's main street.

The Story of the change from Blumberg to Birdwood
South Australia was always a free colony (i.e. it never had convicts) which meant that it had trouble attracting settlers in the early years because there was no free or indentured labour available. This problem was compounded when the local authorities decided to sell land for 20 shillings an acre when an acre cost only 5 shillings in New South Wales.

The problem of settlement was partially solved by George Fife Angas (after whom Angaston was named) who, finding that the King of Prussia was ruthlessly persecuting Lutherans in Silesia (he was gaoling them, refusing them the right of baptism and engaging in seriously discriminatory behaviour), suggested to their representative, Pastor August Kavel, that they emigrate to South Australia. Between 1836 and 1838 literally hundreds emigrated firstly to Kangaroo Island and later to Adelaide from whence they headed into the Barossa Valley and Adelaide Hills. Angas advanced the Silesian Lutherans £8,000 to assist with their migration.

When World War I broke out (over 70 years after the Germans had arrived in the area) Australia experienced a flurry of anti-German hysteria which resulted in people with German names being interned and towns with German-sounding names being renamed. Virtually all of the towns in the Adelaide Hills, which had previously had Teutonic names, were renamed. Blumberg was renamed Birdwood after Sir William Birdwood who commanded the Anzacs at Gallipoli and the Fifth British Army in France.

A letter to the Adelaide Advertiser on 8 December, 1914 showed the absurdity: “As an Australian who has committed the crime of allowing German blood to flow in his veins - a crime to which the whole Royal family of England and Prince Louis of Battenberg must plead guilty - allow me to assure you and all other sane and level headed Australians of the sincere loyalty of German-Australians, naturalised and natural born, to their King and country of their choice or birth.”

By 1928 the Adelaide Advertiser admitted the mistake: “The German [place] names which we have so indiscriminately destroyed were”, as Pastor Brauer has said, “statues of liberty proclaiming and perpetuating the glory of Britain, because they proclaimed to future generations and ages that these pioneers had been accorded in a British province the liberty denied them in the country of their birth.” We made a mistake when we decreed the ruthless destruction of such memorials...”

* Prior to the arrival of Europeans the area had been occupied by the Peramangk and Kaurna Aboriginal people.

* In 1836 the first German settlers arrived in Australia.

* In 1838 Dr George Imlay and John Hill became the first Europeans to explore the area.

* The village at Blumberg came into existence in the 1840s when Lutherans fleeing persecution in Silesia settled in the area.

* The land was owned by George Fife Angas and the South Australian Land Company and was leased to a number of German settlers.

* By 1853 the settlement had been named Blumberg after a small village in Prussia. A local, J. G. Bluemel, laid out and named the town.

* The Blumberg Flour Mill was built in 1852 by Captain William Randell who was the first paddle steamer captain on the Murray River.

* By 1865 the local Lutheran Church had been consecrated and the Blumberg Inn had been built.

* During World War I Blumberg was renamed Birdwood after Sir William Birdwood who commanded the Anzacs at Gallipoli and the Fifth British Army in France.

* In 1964 the National Motor Museum was established by Jack Kaines and Len Vigar.

* In 1976 the National Motor Museum was purchased by the South Australian government.

The official local website is http://www.adelaidehills.org.au which has plenty of information about the town. There is also http://www.adhills.com.au/tourism/towns/birdwood/history.html which is useful. 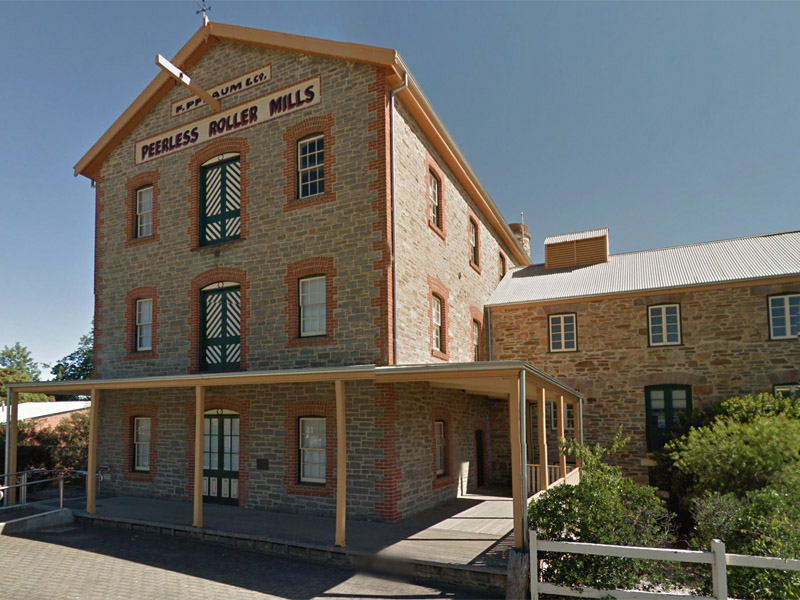 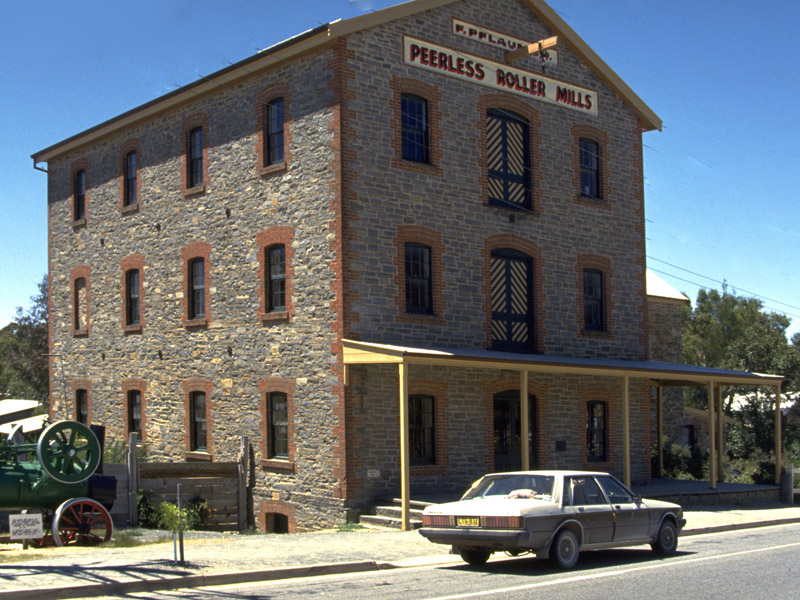 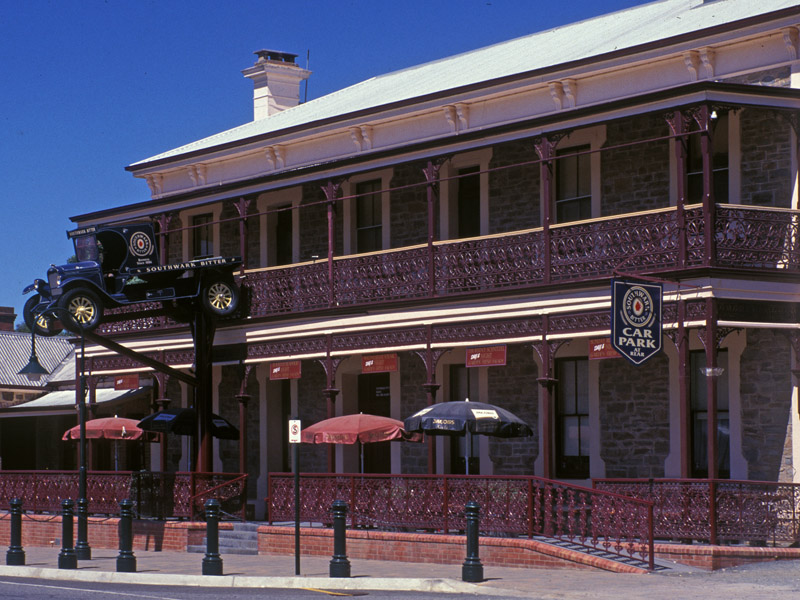 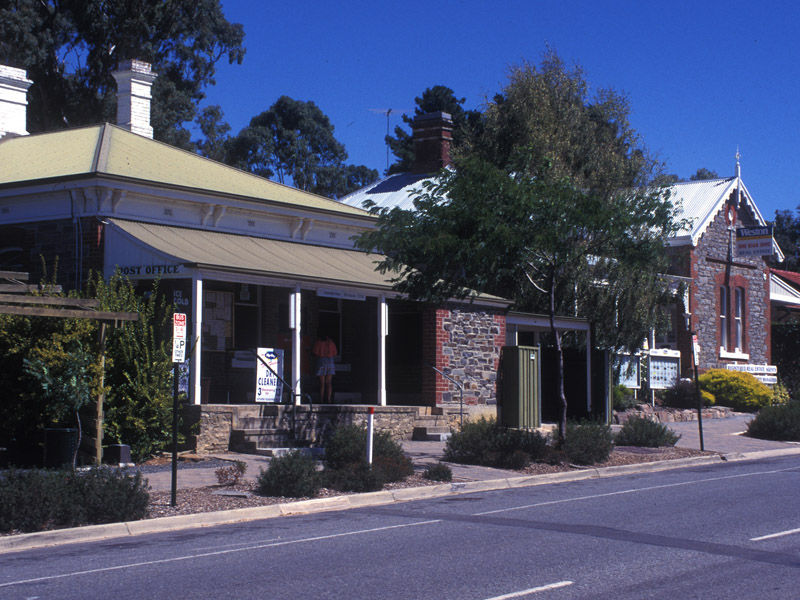 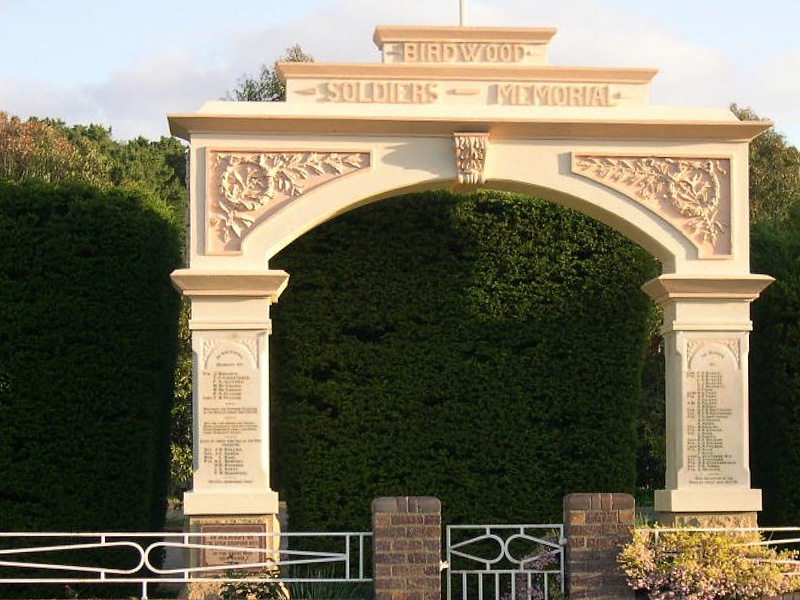