Historic town once famous for the Big Cheese.

There was a time when, travelling down the Princes Highway from Sydney to the Victorian border, the main reason for stopping at Bodalla was the “Big Cheese”. Travellers would stop to buy some of the estimable local cheddar from the shop beneath its cheesy shadow. The Big Cheese shop has long since closed and the "big" thing looks sad and discarded. In its place is the remarkable Bodalla Dairy - a combination of a cheese factory and a shop specialising in dairy products. Beyond its cheese this strange town, with a winding main street, is notable for the handsome All Saints Anglican Church at the northern end of the town, the rolling green surrounding countryside, and the unusual timber Catholic church at the southern end of town.

Bodalla is located 42 m above sea level and 328 km south of Sydney via the Princes Highway.

Although it is located some kilometres from the sea (Tuross Head is the nearest coastal town) Bodalla was named as a contraction of the term 'boat alley' which was applied to the mouth of the Tuross River.

All Saints Anglican Church
Thomas Sutcliffe Mort was a prominent High Church Anglican who gave the land for St Marks at Darling Point in Sydney and who was responsible for the plan to build the elegant All Saints, Bodalla which still has a sign outside which reads "Dedicated 1881 as a memorial to Thomas Sutcliffe and Theresa Shepheard Mort." Sadly Mort died before the church was built. Prior to the building of the church services were held behind the Bodalla Arms Hotel (1875). Thus Mort's family built All Saints Anglican Church as a memorial and Mort's second wife, Marianne Elizabeth Macauley, laid the foundation stone in 1880. The church was designed by Edmund Blacket in Gothic Revival style. The clergyman at the time was Rev. W.H. Walsh, Blacket's earliest patron, who retired to Bodalla and served as a kind of private chaplain to the Mort family. The church was built of grey granite quarried on the Mort estate. Today it still features a large tower and spire at the south-west corner, a rose window at the west end, oak woodwork and furnishings and a pipe organ from England. Although Edmund Blacket planned the interior of the Bodalla tower, with its elaborately tiled floor and stained-glass windows ordered from England, he died in 1883. Cyril Blacket (Edmund's son) built the tower in 1901. He departed from his father's original plans for the exterior.

The Story of Thomas Sutcliffe Mort
Thomas Mort can fairly be described as the "Father of Bodalla". He was an innovative auctioneer, wool-broker, pastoral financier and land speculator who combined his business acumen with high Christian principles. He was born in Bolton, Lancashire in 1816 and emigrated to Sydney in 1838 where he quickly became a successful local businessman. In 1860 he acquired the Boat Alley (Bodalla) estate near the mouth of the Tuross River. It was this estate which increasingly absorbed his attention as he saw it as somewhere he could retire to and he planned to turn his estate into a tenanted dairy farm. He set out to attract farmers who wanted a small holding. He removed the beef cattle, imported good dairy stock, provided cheese and butter making equipment, drained the swamps, built fences and purchased good seed for grass and grain. He encouraged hard work, sobriety, church going and a community spirit. The share farming didn't work and by the 1870s the farm was back in Mort's hands. He divided the property into three farms; used hired, specialised labour; upgraded the facilities and implemented new methods of dairy management, stock breeding and cheese production; and carefully mixed milk from the different breeds and farms. The effort was rewarded with higher quality produce if not financial success. The Mort family created the village of Bodalla and left to it both the Anglican and the Catholic churches. He is remembered in the huge pastoral company Elder Smith Goldsborough Mort now known simply as Elders.

St Edmunds and Our Lady of the Assumption Catholic Church
Laidley Mort, the son from Thomas Mort's first marriage, built the local Catholic Church in 1886 for his Catholic wife, Mary. She named the church St Edmunds and Our Lady of the Assumption. Having received her education in Bruges, Belgium she is said to have asked the architect, John Horbury Hunt, to base his design on Bruges Cathedral. This does not seem to have happened as St Edmunds is a small timber church that is notable for its unusual asymmetrical structure and its very eccentric baroque design.

Bodalla Dairy Cheese Factory
In theory Bodalla's connection with cheese should be a distant memory. The Bega Cheese Factory has taken over mass production for the whole area and the famous Big Cheese (one of the most unusual "big" things) is now closed. In its place is the rather chic Bodalla Dairy Cheese Factory where it is possible to watch (through the windows) as cheesemakers go about the pasteurisation and bottling of their milk and the making of cheese. Visitors can learn about the dairy industry from videos and old equipment in the factory’s museum. As well, twice daily, there is the bottle feeding of calves and children can pat the farm animals. The milk used comes from a herd of mixed Fresian (for high production) and Jersey (for high butter fat content) cows.

The cafe next door offers a range of dairy products and a menu which includes cheese platters, boutique milk shakes, good coffee with cheese cake, fresh yoghurts, home made ice cream and excellent hamburgers. For more details and a range of their products check out http://www.bodalladairy.com.au.

The Big Cheese
Located just off the Princes Highway to the north of Bodalla are the sad remnants of The Big Cheese. It was once a tourist complex offering cheese and honey, a cafe, a gift shop and an ice-cream parlour. It has now been replaced by the Bodalla Dairy Cheese Factory.

Nerrigundah
The Nerrigundah Mountain Road heads west out of Eurobodalla and leads to Nerrigundah, an historic goldrush town. In 1861 gold was found at Gulph Creek and this led to a rush to Nerrigundah. The town was surveyed in 1867 and at its height the goldrush attracted 2000 prospectors, including many Chinese, to the district. The hastily constructed town, comprising five hotels, a number of shops, a police station and courthouse, sprang up but by 1900 it had been largely abandoned as the gold ran out. The timber industry saw the village enjoy a brief revival in the 1950s but little remains today.

The town is interesting historically. There is a useful Historic Village Trail which can be accessed at http://www.eurobodalla.com.au/nerrigundah-historic-village-trail and which includes information about the main gold mining sites.

The large monument in town, known as the Miles O'Grady Obelisk, commemorates the murder of Trooper O'Grady by the Clarke bushranging gang. The killing actually took place very close to where the obelisk stands today.

On Sunday, 8 April, 1866 the Clarke gang commandeered a hut beside Deep Creek, just south of Nerrigundah, and held up everyone who passed. Among their victims was Moruya storekeeper, John Emmott, who was carrying his takings. The gang shot his horse, robbed Emmott of his takings, shot him in the leg and hit him on the head with a pistol.

Then five members of the gang rode into Nerrigundah and held up the hotel. Two more entered Pollock's Store where the owner, one of the main purchasers of gold in the town, was forced to open his safe. The owner's wife, Mrs Pollock, managed to snatch the safe key from Thomas Clarke. She threw it across the street and one of her children hid it between his toes and escaped. Clarke searched for the key but was unable to find it.

Trooper Miles O'Grady and another trooper entered the hotel just as two of the gang were threatening to kill local butcher, Robert Drew. O'Grady fired at the two bushrangers, narrowly missing Patrick O'Connell but killing William Fletcher, a young jockey and son of a prosperous Batemans Bay farmer, who had joined the gang the previous day. O'Grady was then shot in the return fire. The gang fled, picked up the other gang members from their base on Deep Creek, and headed north.

Sergeant Hitch, the officer in charge of the Nerrigundah police, rode from Moruya and organised a twelve-man posse. They ambushed the gang at Eucumbene River but no-one was captured. The Clarke Gang were officially declared outlaws the following month.

In 1966 the Wild Colonial Days Society re-enacted O'Grady's killing before a crowd of 3000 which, amusingly, was more than the population of the town at its goldrush height.

The obelisk honours Miles O'Grady who was buried in Moruya cemetery. It is incorrect that he fought the gang single-handedly as the monument claims.

William Fletcher's grave, which was allegedly wrapped in bark, can still be found outside of the Nerrigundah cemetery, about 25 metres from the back right-hand corner although some locals insist that this is not Fletcher's grave which was reputedly located behind the Catholic Church and has subsequently been bulldozed.

* Prior to the arrival of Europeans the district was originally inhabited by the Dhurga Aborigines, part of the Yuin language group.

* In 1770 Captain James Cook sailed up the coast and named Mount Dromedary at Tilba Tilba.

* In 1797 the explorer George Bass anchored a mile south of Tuross Heads at Marka Point. He circumnavigated Tuross Lake looking for fresh water.

* In 1834 John Hawdon moved his cattle south from Bergalia to Bodalla and started dairy farming in the district.

* Alexander Weatherhead and his family moved to Hawdon's property at Bergalia to manage the farm. Weatherhead's son, born in 1837, was the first white child in the area.

* Prior to 1848 the land in the area was all pastoral leases.

* In 1848 it became possible to purchase land in the district

* A surveyor named Parkinson laid out a village in 1850-51. It lay to the west of present-day Bodalla and was moved when the road was realigned.

* By 1856 most of the district had been subdivided into 32 dairy farms.

* In 1857 Sydney businessman Thomas Mort purchased property at Comerang and built a mansion which was designed by the noted colonial architect Edmund Blacket. The house and property became known as the "Home Farm".

* By the 1860s there were five dairy factories in the district and Bodalla cheese was being shipped to Sydney and exported overseas. Bodalla cheese became Australia's first commercial cheese.

* Thomas Mort died at Bodalla in 1878 and was buried in Bodalla cemetery.

* In 1914 Bodalla cheese was exported to England.

* In 1923 the Bodalla Company (Mort's company) sold the subdivided farms which had been cut from the original farm.

* In 1926 all the properties originally owned by Thomas Mort in Bodalla township were sold.

* In 2011 the Bodalla Dairy was established as a purpose-built factory to produce premium dairy products.

The Bodalla Dairy Company has a comprehensive website with useful history of the area. Check out http://www.bodalladairy.com.au for details. 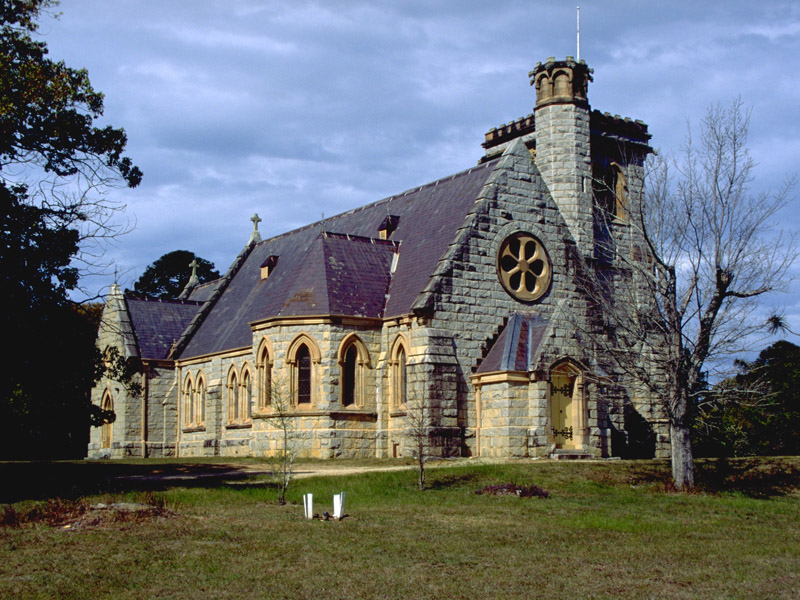 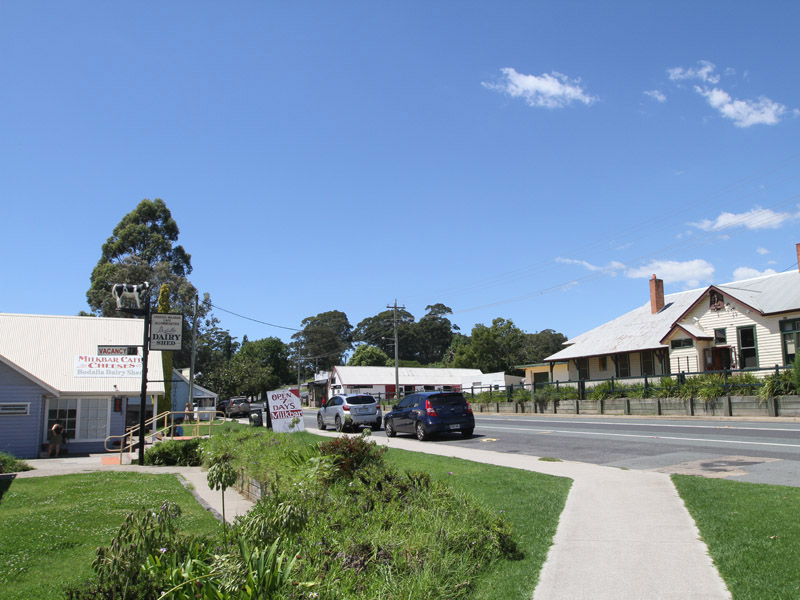 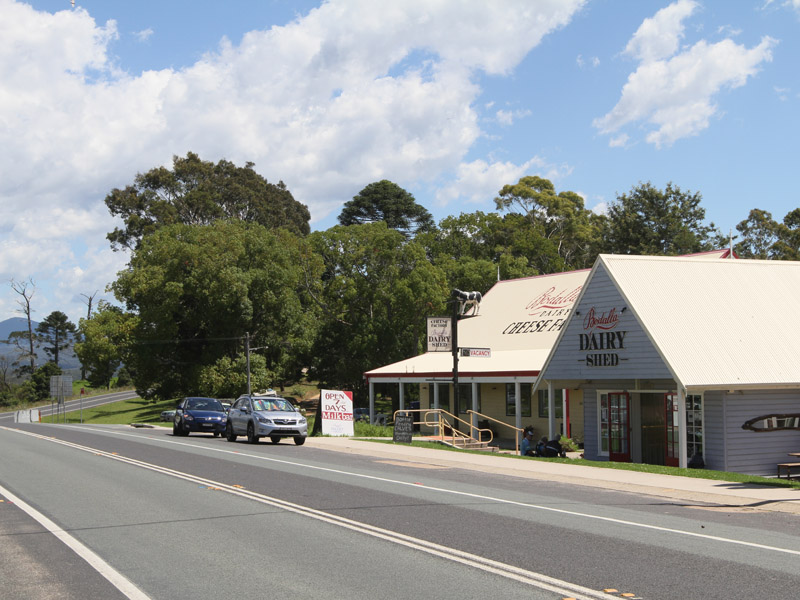 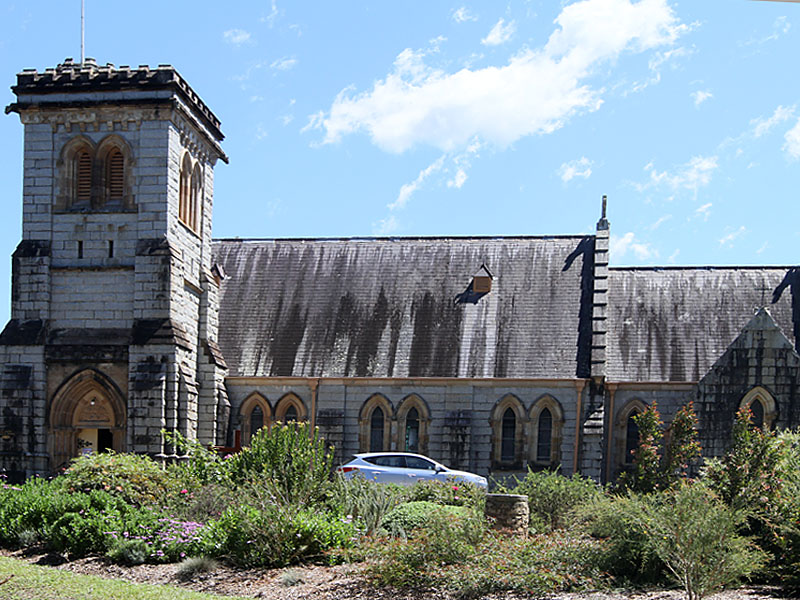 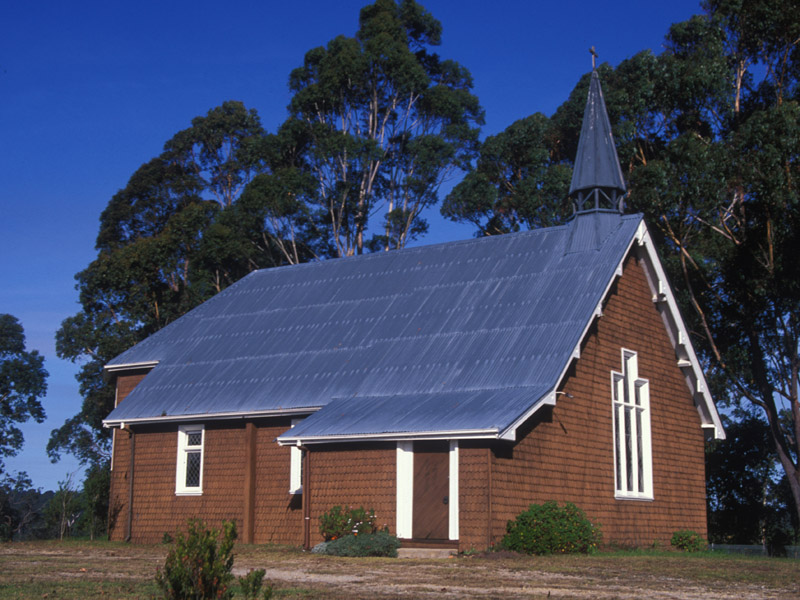 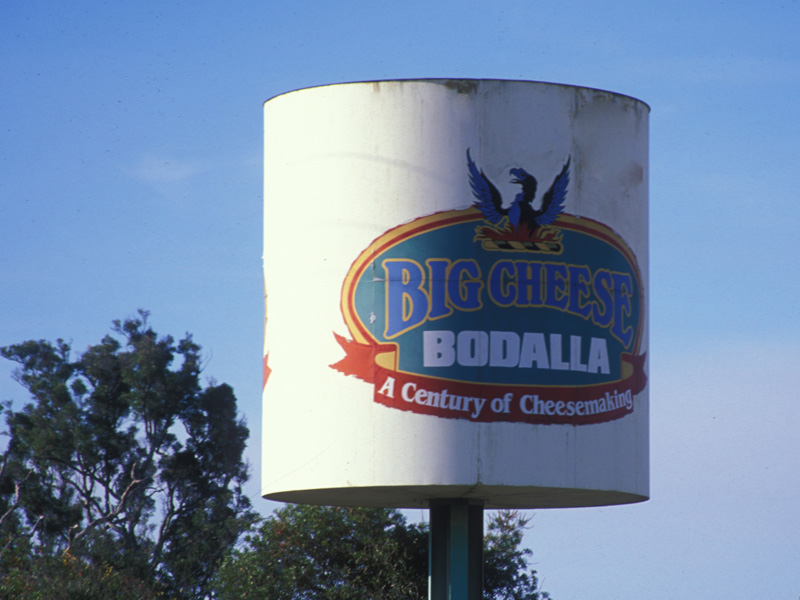