Let's not exaggerate. Booroorban is a pub. Nothing more, nothing less. It is special because the pub is remarkably well preserved and is a genuinely historic and interesting place where a traveller can get a drink, have a meal and reflect on what life was like in outback NSW in the 1860s.

Booroorban is a tiny township located 770 km from Sydney and 48 km south of Hay on the Cobb Highway.

Royal Mail Hotel
There are two plaques under the peppercorn trees opposite the hotel. One is a Cobb & Co marker. The other is part of The Long Paddock signage which is part of a trail which stretches from Wilcannia to Moama. Both are worth reading. They provide useful background history to the pub. The important thing is that an Englishman Samuel Porter built the pub in 1868. It is still standing and, remarkably, the exterior has hardly been altered and the interior has a wonderful olde world, friendly feel. If you want to try and imagine what life was like for Cobb & Co passengers then this is about as good as it gets. This is the last remaining coaching inn on the Cobb & Co route between Hay and Deniliquin.It was where, because Porter had managed to dig a well and get access to reliable water, that horses would be changed and the passengers could alight and have a refreshment. There were always fresh teams of horses and there were stables at the back of the pub.

Perhaps the hotel's most famous connection is the story of the Headless Horseman which is depicted in a painting in the appropriately named Headless Horseman Bar. The story goes that around the 1860s and 1870s drovers moving through the area regularly saw a headless horseman wearing a cloak around Black Swamp, south of Booroorban. Not surprisingly the wraith frightened the men and their animals. It was said the ghost was that of a drover who had died near or in the swamp. Then the myths began. There was the wonderful story of a Moulamein butcher who dressed himself in a cloak thrown over a wooden frame on his shoulders. It is said that he used the ruse to steal small numbers of cattle which he duly killed and sold to his customers. There were other stories of how cattle was stampeded and taken south across the border and sold. One Cobb & Co. driver claimed to have carried the wounded cattle thief to hospital only to see the same thief's headless body riding a horse a few nights later. A roadside marker has been established to honour the Headless Horseman. It is located at the Black Swamp rest area.

* Prior to European settlement the Nari Nari and Wiradjuri Aboriginal people wandered through the district.

* By the 1840s drovers overlanding cattle from western NSW and Queensland were passing through Pine Ridge (the site of modern Booroorban) on their way to Port Phillip. They relied on very unreliable water at either Black Swamp or Billabong Creek.

* Booroorban came into existence because, given the amount of traffic from Hay (known at the time as Lang's Crossing) to Deniliquin, there was a need for a place where both animals and humans could be reliably watered and fed. A group of citizens in Hay raised money to dig a well at Pine Ridge on the Old Man Plain and this was the start of Booroorban. The well, which was completed in 1859, was less than perfect but a settler from England named Samuel Porter deepened it and, around 1868, built the Royal Mail Hotel beside the well. It became the only reliable source of water on the track.

* The hotel has always been essential to the continuing existence of Booroorban. It was a vital staging post on the route between Hay and Deniliquin and today is the only surviving coaching inn. When it was established, prosperity followed. Not only did Cobb & Co use it (the stables still exist) but it became a stopping point for drovers and for the bullock trains carrying wool from western NSW to the river port of Echuca.

* By 1885, when it was formally proclaimed a village, Booroorban had grown and there were two hotels, a school, post office, general store, about 20 houses and 200 residents.

* It is a comment on the isolation of the area that even today most of the families living in and around Booroorban can trace their ancestry back to Samuel Porter.

There is a plan to develop a website for the Royal Mail Hotel. In the meantime check out http://www.thelongpaddock.com.au.

* to have a drink at the Royal Mail Hotel and think about a time when it was an important and vibrant Cobb & Co staging post. 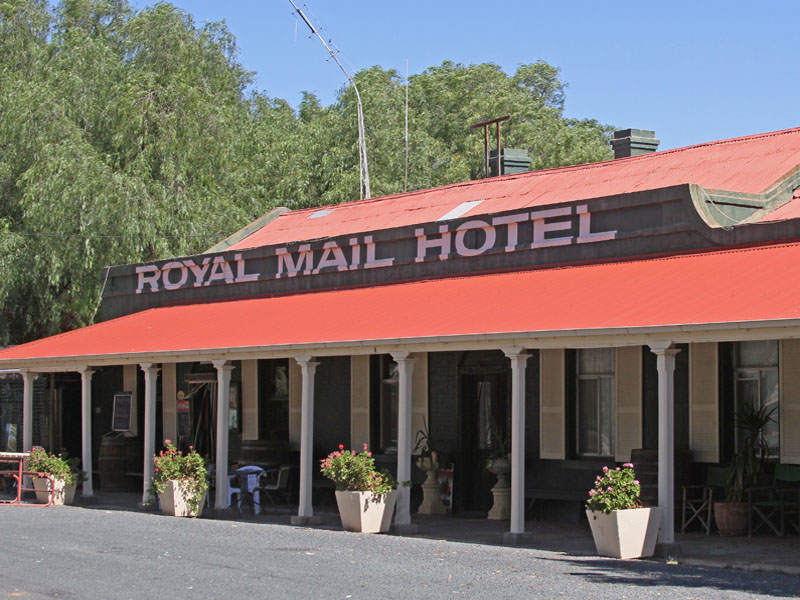 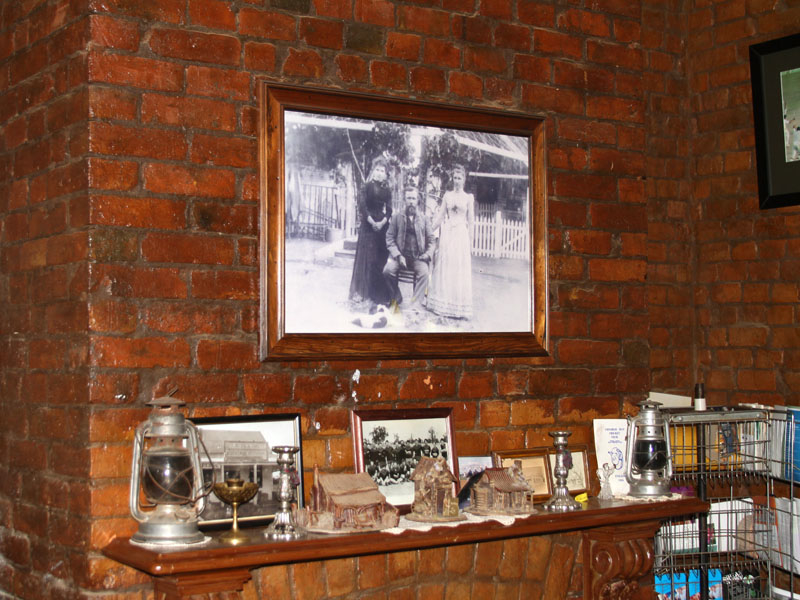 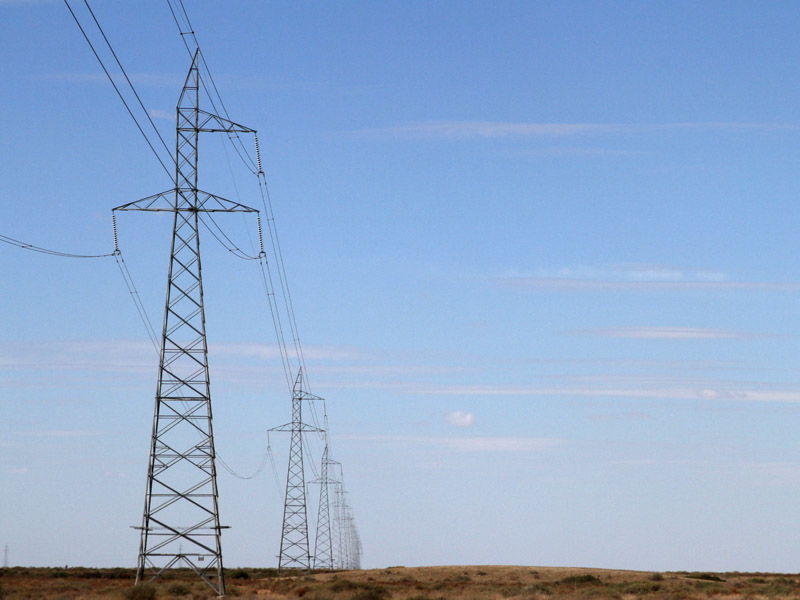