Today Breadalbane has been bypassed and consequently is little more than a few houses scattered along the old Hume Highway. There was a time, when the Hume Highway wound its way across the Cullerin Range, when trucks would roar through Breadalbane on their way between the capital cities of Sydney and Melbourne. But it had not been an important stopover point for nearly a centry and as such was a tiny centre with nothing more than a pub, a couple of churches and few buildings.

Breadalbane is a tiny village of the Hume Freeway 221 km south-west of Sydney.

Breadalbane takes its name from a region of the Scottish Highlands. It is a name associated with the Clan Campbell.

Tom Byrne's Grave
The grave of the bushranger, Thomas Byrne, can be found in the grounds of the St Brigid's Roman Catholic Church which lies to the south of the town. Historically it was surrounded by large pines but in recent times they have all been cut down. Byrne's grave is located  just behind the church. It declares that he was a native of Dublin, Ireland and, untypical for a bushranger, lived to the ripe old age of 69. Although there is some doubt about Byrne's status as a bushranger. He was more of a sympathiser than a helper. The local newspaper report, complete with a detailed description of the battle, records the following relating to Byrne:

"AN ENCOUNTER BETWEEN THE BUSHRANGERS AND THE POLICE. From the Goulburn Argus, February 25, 1865

INTELLIGENCE reached town yesterday, about ten  o'clock a.m., of an encounter having taken place early that morning between Hall, Gilbert, and Dunn, and a party of police, at the place of a man named Thomas Byrne, at Mutbilly. All sorts of rumours prevailed respecting the affair, but the following particulars may be regarded as perfectly reliable. It appears that a strong party of the police, accompanied by a magistrate, got traces of the bushrangers, on Wednesday, at Currawong; they tracked them to the Yass road, on the second Breadalbane Plain, obtaining fresh traces all along the road. The police made their appearance at Lodge's at 9.30 p.m. on Thursday, and arrested several suspicious persons whom they found there, including two well known bush telegraphs, and they prevented any one quitting the premises. They also stopped all persons proceeding along the road, so as to prevent any chance of information of their movements being conveyed to the bushrangers. From what they subsequently learnt, they had every reason to believe that the bushrangers would be found, during the night, at the residence of the Thomas Byrne alluded to, whose house is at the Deep Creek, about five or six miles from Lodge's, and arrangements were accordingly made to rush the place. In pursuance of this plan, five of the police, and the magistrate referred to, Mr Huthwaite, surrounded the house and barn, about fifty yards off, at about four o'clock in the morning of yesterday … The family of Byrne, including himself, his wife, two sons, and two grown-up daughters, was arrested."

Wollogorang
Located on the old Hume Highway is a substantial two-storey brick and stone rubble building known as Wollogorang which was built in the 1850s by Captain Henry Edenborough. It is notable for its French windows and its impressive outbuildings. It is not open to the public. The name Wollogorang, a Wiradjuri word, was taken to the Gulf of Carpentaria where today there is a huge property east of Borroloola.

* Prior to the arrival of Europeans the area around Breadalbane was inhabited by the Wiradjuri people who often camped along the banks of the Lachlan River.

* In 1829 the New South Wales Surveyor-General Major Thomas Mitchell reported that the road from Bong Bong near Bowral to Breadalbane was well established and that a regular coach service should be created. As a result Breadalbane became a popular spot for people heading south from Sydney. This fact encouraged bushrangers.

* On 23 February 1865 near the present town site there was a battle between Ben Hall's gang and troopers from Goulburn. This was one of over 100 robberies that Hall and his gang perpetrated in 1864-65.

* The town was bypassed by the Hume Highway in the 1990s resulting in the local services being closed down.

There is no visitor information centre. The nearest is the Goulburn Visitor Information Centre, 201 Sloane Street, Goulburn, tel: (02) 4823 4492.

There are no websites with information about Breadalbane. 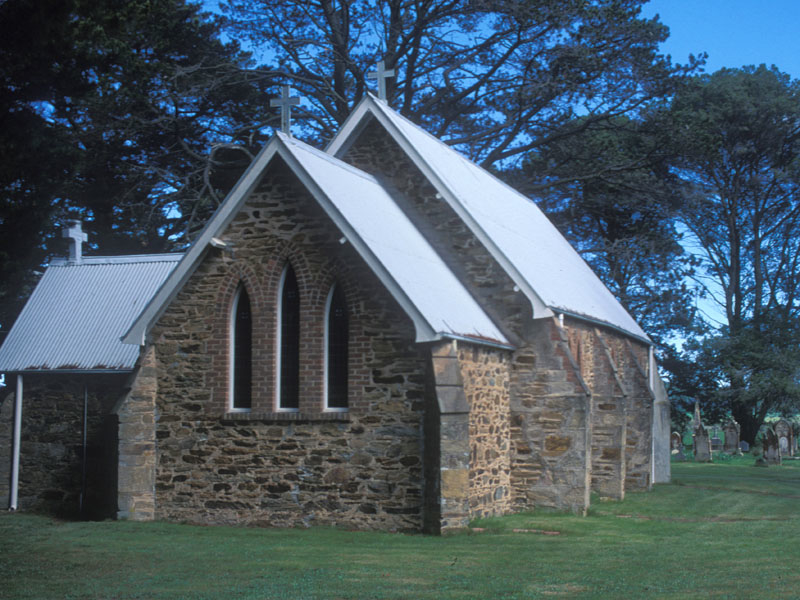 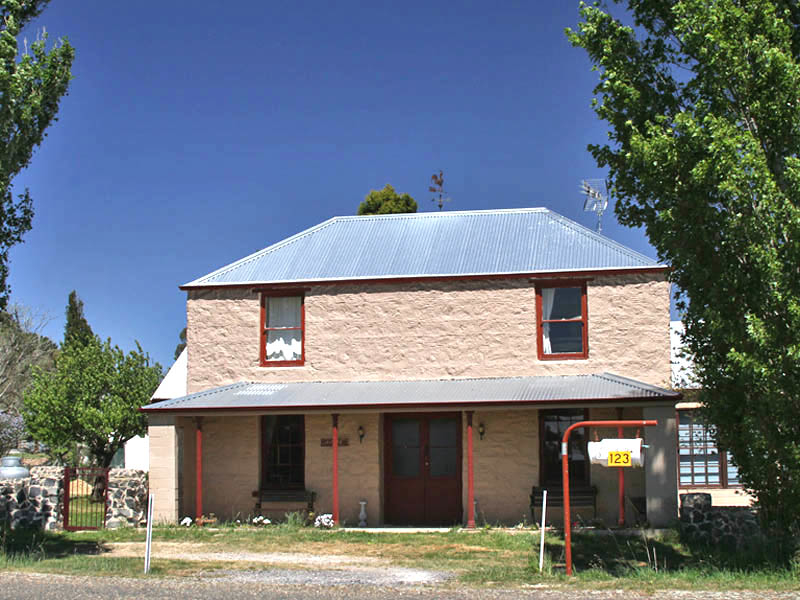 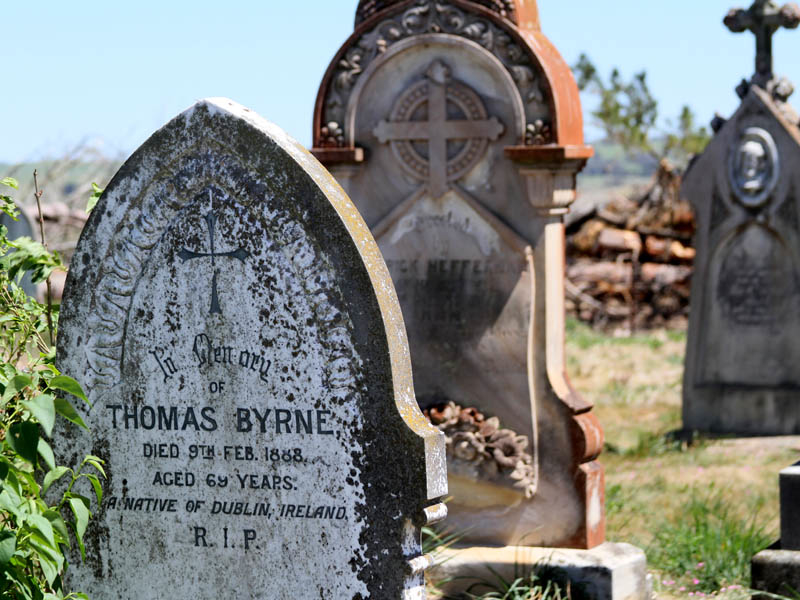 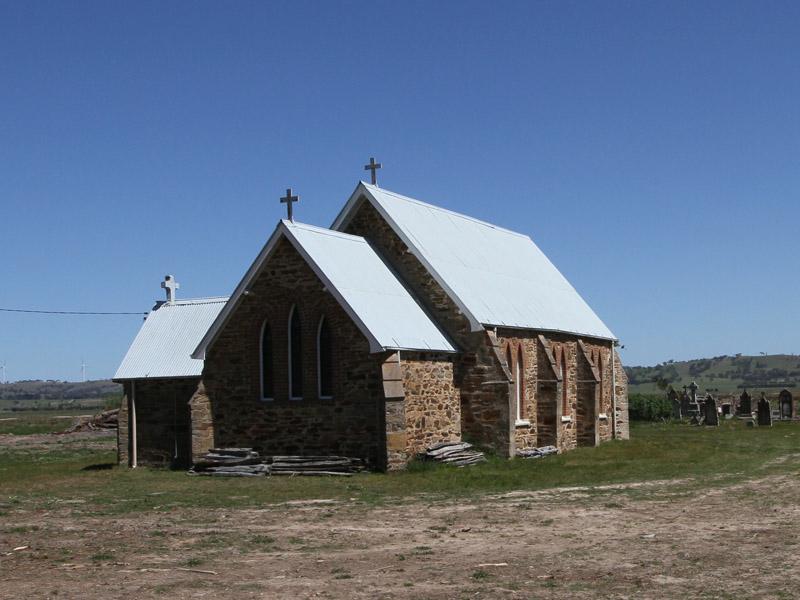