Brighton is now effectively a commuter suburb of Hobart. However the area retains interest for the visitor firstly in the accessible Bonorong Wildlife Sanctuary and secondly in the impressive Georgian buildings which are scattered throughout the surrounding district, often in tiny villages like Broadmarsh and Bagdad. An unintentional bonus in the district is that the delightfully eccentric and very British Royal Marine, Private Hugh Germain, who reputedly travelled through the area with a copy of The Bible and the Arabian Nights, provided names like Jerusalem, Jericho, Jordan, and Lake Tiberius to the places he visited.

Brighton is located 26 km north of Hobart via the Midland Highway.

Nowhere is the incongruity of place names in Australia more apparent than in Brighton which is named after the famous seaside resort town on the south coast of England. In 1821 Governor Macquarie, while visiting Van Diemen's Land, decided that the military post should be named Brighton "in honour of our present gracious Sovereign's favourite place of residence". So it was named Brighton because Caroline, the wife of King George IV, liked the English seaside resort town.

Bonorong Wildlife Sanctuary
If you are wanting to get up close and personal with Tasmania's unique wildlife - particularly the wonderfully ferocious (at least at feeding time) Tasmanian Devil - then Bonorong Wildlife Sanctuary has two advantages: it is close and accessible to Hobart (only 25 minutes by car from Hobart's CBD) and it is a sanctuary rather than a zoo. Located at 593 Briggs Road (signposted off the Midland Highway) it sits on a hill overlooking the town and has healthy communities of wombats, Eastern quolls, Tasmanian pademelons, potoroos, emus, Tasmanian bettongs, echidnas, possums, koalas, lizards and native birds. There are guided tours of the sanctuary at 11.30 am and 2.00 pm every day; a special "after sunset" hand feeding nocturnal tour; and a daytime version of the nocturnal tour called the Face to Face Feeding Frenzy. For more information tel: (03) 6268 1184 or check out http://bonorong.com.au/ for additional details.

Broadmarsh
Only 13 km from Brighton on the C185 (Elderslie Road) is the tiny settlement of Broadmarsh which has a number of interesting historic buildings. The most impressive is 'Stonyhurst' which was built by Dr John Rowe in 1840. It has recently been tastefully renovated and stands beside Elderslie Road, a gracious Georgian gothic revival building, which adds a certain English ambience to the area.

Chauncy Vale Wildlife Sanctuary
In the 1940s and 1950s there was a well known children's author named Nan Chauncy. Her most widely read book was They Found a Cave, a story about a bushranger who finds and hides in a cave. In 1946 Chauncy, with her husband Anton, became one of  the first people in Tasmania to establish a private wildlife sanctuary under the 1928 Animals and Birds Protection Act.

Located 4 km east of Bagdad the sanctuary, which covers 380 ha, was bequeathed to the local council in 1988. There is a map with clear directions to the lookouts and to Brown’s Cave which Nan Chauncy used as the inspiration for the setting of They Found a Cave. There are also guided tours of the sanctuary and the house that Chauncy lived in. They occur irregularly but mostly on the first Sunday of the month. The website describes the experience: "The walk takes in the ‘Caves’ circuit track, offering valley views and areas of natural and cultural interest including sandstone caves and cliffs, returning along Brown’s Caves Creek valley. The walk length is approximately one and a half hours and the track has some short steep sections." Check out https://www.chauncyvale.com for more details of opening times, a good map and an overview of the reserve.

* Prior to European settlement the area around Brighton was occupied by members of the Lairmairrener First Nation language group.

*  By 1806 there was such a shortage of food in Hobart Town that expeditions of soldiers were being sent north to kill kangaroos and emus.

* By the early 1820s Brighton was being promoted as a future capital of Van Diemen’s Land but this failed to catch on.

* In 1826 Brighton became an important military post/garrison town on the main Hobart–Launceston road. It continued as the main military outpost north of Hobart Town until the late 1830s.

* The Brighton Council held its first meeting on 19th November 1863.

* In 1914 the Brighton Military Camp which was established.

* During the 1950s the military camp became the island’s centre for National Service.

* The Municipal area of the Brighton Council altered significantly as a result of the "modernisation" process in 1993.

* The town's military camp was sold off for housing development in the early years of the twenty-first century.

The only dedicated website is run by the local council. It does have some details about the history of the local area - check out http://www.brighton.tas.gov.au/about-us/history-of-brighton. 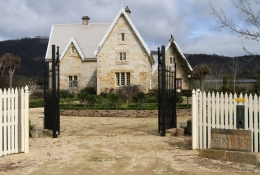 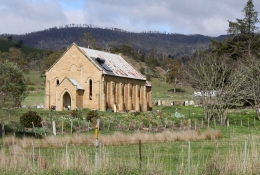 An historic church beside the Midland Highway near Bagdad. 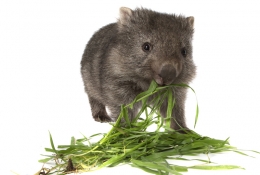 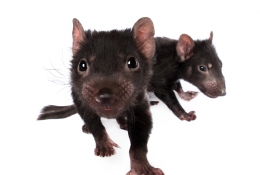