Burning Mountain is a rare phenomenon - a coal seam, buried 30 metres underground, which has been burning for at least 5,500 years, some say over 15,000 years. The experience is a pleasantly energetic walk of 4 km (return) through bushland which becomes increasingly bare and barren the closer the visitor gets to the smoking vent. It is a true rarity and an opportunity to experience the hills at the northern edge of the Hunter Valley district.

The area was occupied by the Wanaruah people and it has been suggested that "Wingen" means "fire" in their language. The English name is simply another example of a self-evident description.

Burning Mountain and the Burning Mountain Walk
The Burning Mountain Car Park is clearly sign posted on the eastern side of the New England Highway 25 km north of Scone. The car park has a toilet block and an information shed and is the starting point for the moderately challenging (it is up and down hills) 4 km return walking trail to a lookout point where the current position of the "Burning Mountain" can be clearly observed.
The name of the mountain is an apt description although it is actually a "smoking" mountain. It is derived from the perpetual sulphurous smoke which emerges from fissures in the ground.
The site was well-known to the local Wanaruah Aboriginal people who called it Wingen (meaning "fire"). There is some evidence that they used its heat for warmth in the winter months, for cooking and for the manufacture of tools.
It is widely accepted that the first European to see the smoke was a farm hand named Smart in 1828. He was working at Cressfield Station about 9 km to the south. He thought it was a bush fire but when it stayed in the same place for days he went and explored. What he saw was unlike anything he had seen before and he declared there was a volcano. By March 1828 it had made the Sydney newspapers and expeditions were sent out to explore the phenomenon.
By 1829 geologists had determined that it was a burning coal seam and that the coal was part of the 235 million year old Greta Series which was part of the main coalfields which existed in the Hunter Valley.
It was known that the burning process, because it was 30 metres below the surface and had very limited oxygen, was no more than one metre a year. The direction of the movement was southwards and it was determined that it had moved about 6 km since it started. On that basis it was estimated that the coal had been burning for around 5,500 years. Some sources claim it is 15,000 years old and others claim it is even older because there have been times when it has not burned at all.
It is now known that it has shifted nearly 190 m since 1828. It is believed that the coal seam was once on the surface and experts have speculated that a bushfire may have ignited it. Equally it is known that sulphur is capable of spontaneous combustion and this may have started this rare phenomenon.

Walking to Burning Mountain
Starting at the car park, cross the small timber bridge, pass the lagoon and head up the hill. This area is dominated by ironbark, grey box and rough-barked apple. The soil here is Permian sandstone and conglomerate, reflecting the fact that this area was once covered by water as great rivers flowed from the north-east into a coastal delta. Consequently there are large numbers of fossils deposited in pockets particularly in the group of boulders further along the walking track where it crosses the quarry road.
The view improves as the steep track elevates you above the tree-line. Once you reach the top of the hill and cross the grassy plateau you come to a gully created by subsidence where the land has collapsed as a result of the burnt-out coal seam. The cracks and vents permit smoke to escape and oxygen to be drawn in to fuel the fire.
The path of the burning seam can be followed by simply observing the reddened soil. The trees are younger which reflects the fact that older vegetation has been killed by the intense heat. Run-off from the burnt soil has favoured stringybark eucalypts and the local Aborigines, the Wanaruah, made the bark into twine which they used in fishing and basket-making.
The path then crosses a gully where claystones have been baked into brick-like forms. The area is known as "the brickpits". It is thought that the indigenous inhabitants used these hard stones for their weapons. The very dark brown soil marks the boundary of the basalt produced by volcanic lava.
Tea-trees surround the path as it rises to the current smouldering area. A sign points out the Wingen Maid in the distance and the Aboriginal interpretation of the rock formation. At this point the visitor is 653 m above sea-level and the view is one of the impressive attractions on the walk.
Towards the end of the path the earth becomes barren and there are few plants due to the heat. When the track reaches the current vent area the visitor is surrounded by a plantless section of baked rock covered with a white sinter and pale smoke drifts into the air. The air smells sulphurous and there is a warmth which is produced because the surface temperature near the vent is around 350°C. The temperature 30 metres below the surface is thought to be about 1700°C.
The white covering is not ash but sinter, alum and sulphur, deposited on the surface through the condensation of the highly acidic gases. For 50 years the area was mined by the Winjennia Company. They used the fumes to obtain alum which was used in an ointment claimed to possess therapeutic qualities. Wedge-tailed eagles sometimes use the thermal currents to attain elevation. Check out http://www.nationalparks.nsw.gov.au/things-to-do/Walking-tracks/Burning-Mountain-walk for more information.

Wingen Maid and Burning Mountain
The Wingen Maid is the name given to the skyline profile of a mountain south-west of Wingen. It is the southern rockface of Wingen Maid Nature Reserve which, when viewed from certain angles, looks like the profile of a woman. Some say she is sitting, some say she is clutching flowers to her breast.
A Wanaruah story explains that the Gumaroi tribe from over the Liverpool Range sent a raiding party south to steal Wanaruah women for wives. Warned by the Wiradjuri people, the Wanaruah warriors prepared for the attack. After the battle all the warriors returned except for one. The warrior's beloved sat at the edge of the cliff waiting for his return. When he failed to do so, she asked the sky god Baayami to kill her because she did not want to live without him. Taking pity on her he turned her to stone. As she was transformed she cried tears of fire setting Burning Mountain alight.
There are three good vantage points where the Wingen Maid can be seen.
(i) the best is signposted on the route to the top of Burning Mountain.
(ii) About 5.3 km south of Burning Mountain the mountains on the western side of the road appear as a cliff face which looks like the maid.
(iii) Further south Cressfield Road heads west off to a point just south of the rock profile. A sign reads 'Dry Creek - 4 km' and 2.7 km down this road is another good viewing point.

* Prior to the arrival of Europeans the area was inhabited by the Wanaruah Aboriginal people.

* The first European to reach the district was surveyor Henry Dangar who, heading west, passed through looking for new grazing lands. His expedition was attacked by the Wanaruah's Geaweagal Aborigines and he retreated.

* The little known explorer, William Nowland, passed through the area in 1827 searching for a better route north over the Liverpool Range. He discovered the Murrurundi Gap.

* The first European to notice the smoke was a farm hand named Smart working at Cressfield Station (about 9 km south) in 1828. He declared he had found a volcano. The story made the Sydney newspapers in March 1828.

* By 1829 the geologist, Reverend Charles Wilton, examined the site and recognised  that the burning coal seam was part of the 235 million year old Greta Series which forms the main coalfields of the Hunter Valley.

* European farmers moved into the area around 1840.

* In 1848 the Wright family - from whom the great Australian poet, Judith Wright was descended - moved into a property at Bickham, north of Wingen.

* The township of Scone was proclaimed in 1857.

* In 1863 a drover, Peter Clarke, was shot and killed by bushranger Henry Wilson north-west of Burning Mountain.

* When the train line was being laid between Scone and Murrurundi in 1870 a railway camp was established in the area.

* At that time there were a few houses, a store, a large hotel and two small inns. In the 1881 census the population was recorded as being 32.

Australian Heritage has a very good and detailed article on Wingen Maid and Burning Mountain. Check out http://www.heritageaustralia.com.au/articles/features/4572-the-story-of-burning-mountain. 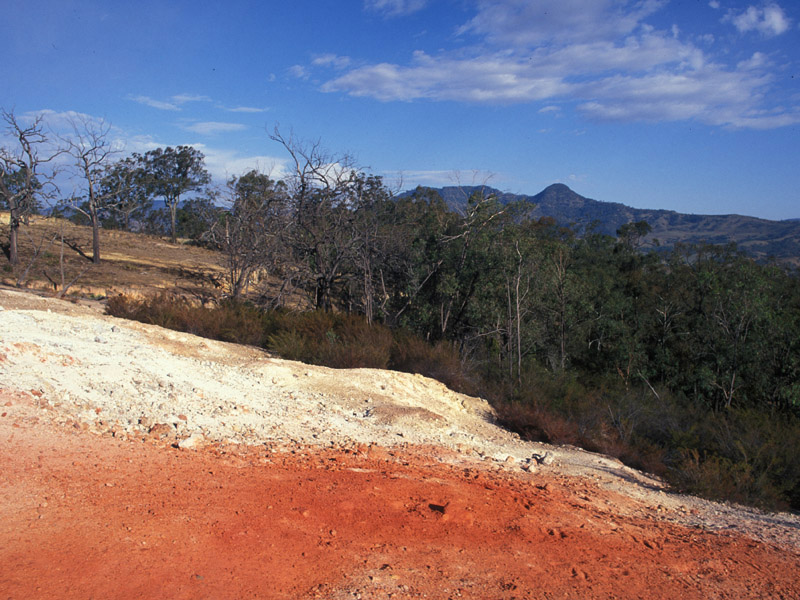 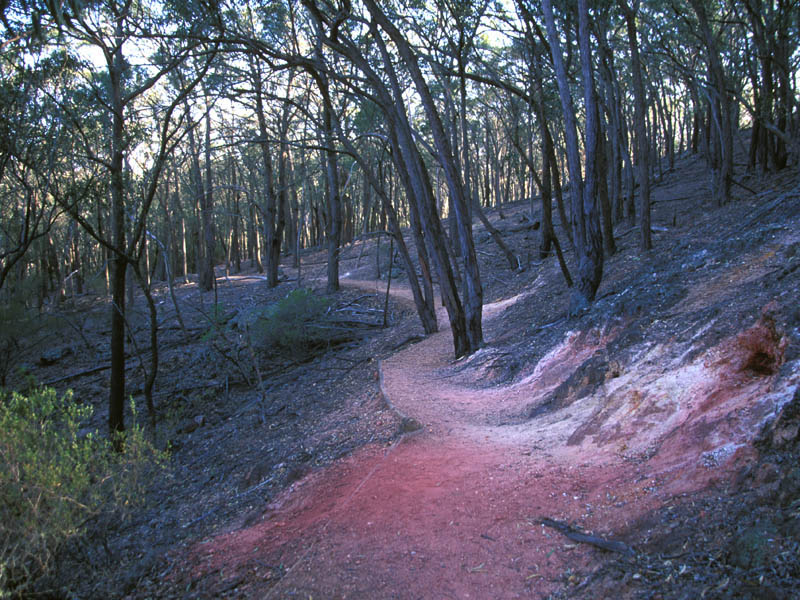