Quiet town on the banks of the Williams River.

Clarence Town is a small, tranquil village which sprawls across rich river flats. It is attractively located on the banks of the Williams River. For much of the 19th century Clarence Town, being located at the Williams River's head of navigation, was a busy and important river port. Today it is a quiet and sleepy town which has been by-passed by both the railway and the main roads.

Clarence Town is located on the Williams River 193 km north of Sydney and 54 km north of Newcastle.

Clarence Town was known as "Erringhi", a local Aboriginal name for the area which probably meant "place of wild ducks". In 1832 the town was renamed after the Duke of Clarence who had become King William IV in 1830.

Shipbuilding Plaque
At the southern end of town there is a gravel road which leads to a small park overlooking a green, tree-lined and beautiful section of the Williams River. There is a plaque at the picnic spot which commemorates "the 150th anniversary of the launching of the paddle-wheel steamer William IV from the Deptford Shipyards, Clarence Town, 500 metres downstream on the west bank of the Williams River on 14th November 1831. William IV was the first ocean-going steamer built in Australia. She left Clarence Town under sail and her engines were fitted in Sydney. Built by William Lowe and James Marshall for Sydney merchant J.H. Grose, her length was 80 ft (24.4 m) and beam 15 ft (4.6 m). The plaque was unveiled by Mrs Jessie Wetzler, a great grand-daughter of William Lowe."

Post Office
Located on Grey Street, the town's rather handsome two-storey post office (c.1880) - which is sadly no longer in use - has a porch with cast-iron trim around the pillars and arched windows on the upper storey emphasised by semi-circular cement mouldings and distinct ledges. It is a reminder that once the town was an important rural centre.

Erringhi Hotel
Further along Grey Street is the Erringhi Hotel (1913) which was erected on the site of the Crown Inn. This two-storey symmetrical building has elaborate cast-iron lacework on the upstairs balcony and the eaves of the posts, and carved timber bargeboards around the gables.

Hua Tsa
Located at 132 King Street is the beautifully maintained private residence which was originally known as The Mill House (1856) which was built on land granted to Charles Windeyer in 1833. It is a long, single-storey house constructed of hand-made bricks with a high hipped roof, encircling veranda, cedar joinery, and six-panelled doors with semi-circular fanlights, and shuttered, multi-paned sash windows.

Courthouse and Police Station
Located on a large block of land at 49 Grey Street, and designed by noted Colonial Architect, James Barnet, the Courthouse (and former police station) was built in 1869 and is now a local history museum, open every second Saturday from 10.00 a.m. - 3.00 p.m., contact either by Facebook https://www.facebook.com/Clarencetowncourthouse or email clarencetownmuseum@yahoo.com. It is a small timber building with a very steeply pitched roof with distinct gables. The veranda roof is hipped and supported by timber columns. Next door is a pink police station residence with brown quoins which dates from the same period.

The Good Samaritan Donkey Sanctuary
The Good Samaritan Donkey Sanctuary was founded in 1990 to care for abandoned and mistreated donkeys.  It is open by appointment only. Tel: 02 4996 5596 for details or check out the website http://www.donkeysanctuary.org.au. There is a very specific instruction on the site: "The Sanctuary address as seen on Google is INCORRECT. For the security of our animals, we do not openly advertise the location, so please phone us if you wish to visit." However they do have special days when it is possible to "Picnic With The Donkeys". "Enjoy a wonderful day in the picturesque Hunter Valley, and get a unique opportunity to meet our wonderful friendly donkeys ... Bring your own picnic, or we can provide you with a delicious burger. As this is a day to celebrate the animals, the burgers will be our famous meat free ones." It covers 300 acres and has up to 130 donkeys.

* The first European to reach the area was Lieutenant-Colonel Paterson (then Lieutenant Governor of NSW) and explorer Francis Barrellier who, in 1801, explored the Hunter River and its tributaries to their navigable limit. Governor King subsequently named the river in (William) Paterson's honour.

* As early as 1801 convicts were cutting timber in the area.

* A cedar cutters camp was established and by 1826 a village was in existence.

* The settlement was situated by the Williams River where there was a wharf and where William Lowe and James Marshall established the Deptford Shipyards in 1830.

* In 1831 Australia's first ocean-going paddle steamer (the William IV) was built and launched at the town.

* The village of Erringhi was proclaimed and renamed in 1832 after the Duke of Clarence who had become King William IV in 1830.

* The town prospered as it was surrounded by small farms. By 1826 tobacco factories and flour mills were operating in the district.

* By the 1860s there were regular coaches connecting Clarence Town to Dungog.

* A boat building company, Marshall and Lowe, produced many vessels, mostly under 50 tons. It reached its commercial peak in the 1870s and closed in the 1890s.

* By the 1860s it was bigger than Dungog with timber being loaded at the river port and shipped to international destinations.

* By the 1880s dairying, grazing and fodder production were central to the town's economy.

* The town's importance declined in the 1890s. Four floods hit for four consecutive years and a fire destroyed much of the town.

* The last survivor of the Gringai Aborigines died in 1905.

* The railway arrived in 1911 and Clarence Town was bypassed. Its importance declined rapidly.

* In 1913 the Erringhi Hotel was built in the main street.

* In recent times the population of the town has increased as people who commute to Newcastle see it as a pleasant rural alternative.

There is no Visitor Information in the town. The closest is the Dungog Visitors Information Centre, 198 Dowling Street, tel: (02) 4992 2212.

There is no dedicated local website. However http://www.dungog.nsw.gov.au/council/council-documents/clarence-town-planning-district has useful historical information. 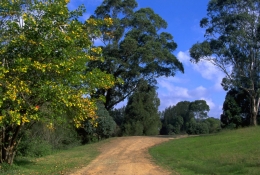 The road beside the Williams River at Clarence Town. 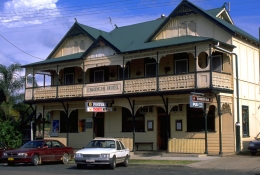 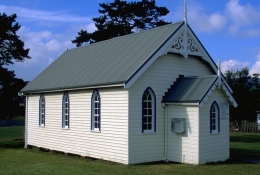 The old Clarence Town Post Office dating from the 1880s. 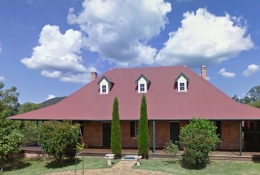 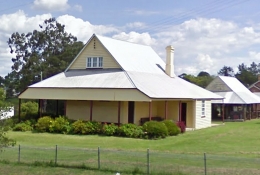 The Court House, now the local museum, designed by James Barnet and built in 1869. 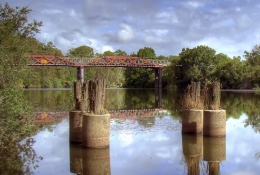 The bridge across the Williams River at Clarence Town. 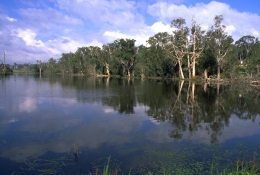 The Williams River near Seaham.