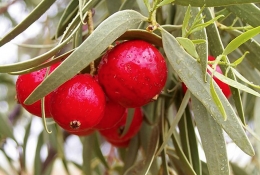 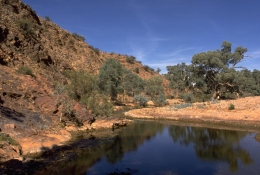 The rugged country to the east of Copley. 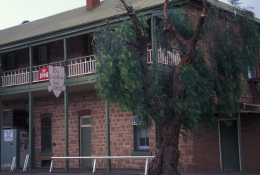 The Leigh Creek Hotel at Copley.