Small town for anglers and holidaymakers on the Daly River.

Daly River is one of those quirky outback places that the Northern Territory seems to specialise in. It is really nothing more than a caravan park, a motel, a few shops and a small number of residents on the edge of a river, thick with barramundi in season, which floods with monotonous regularity during "The Wet". The only reason people visit Daly River is to go fishing and to enjoy camping. It is home to the Barra Classic and Barra Nationals annual fishing competitions. Beyond that, it is the place where you can cross the Daly River when it is not in flood and it is a good place to stock up on supplies before heading off into the unforgiving outback. This is tropical North Australia as it is imagined by southerners. The area abounds in saltwater crocodiles, reptiles, spiders, cockatoos, wild pigs and buffalos. The foliage is a combination of mangroves, giant bamboos, pandanus and even Kapok trees.

Daly River is located 223 km south of Darwin via the Stuart Highway and the Daly River Road. It is 110 km south-west of Adelaide River.

The Daly River was named after Sir Dominick Daly, the Governor of South Australia, by Boyle Travers Finniss in 1865. Finniss was exploring the area at the time and was holding the post of Government Resident in the Northern Territory.

Nauiyu Aboriginal Community and Merrepen Arts Centre
Before reaching the Daly River Crossing there is a turnoff to the Nauiyu Aboriginal Community and Merrepen Arts Centre where Aboriginal artefacts are sold. Nauiyu is an Aboriginal community of around 450 people which began in the mid-1950s when a Catholic mission was established at Daly River. The mission was taken over by the local community in 1988. The community is home to people from ten Aboriginal language groups. As is common in Aboriginal communities, the local council requests that visitors do not enter the residential areas and do not take photographs of the local residents. The main attraction here is the Merrepen Arts Centre (it opened in 1986) which is open daily from 10.00 am - 5.00 pm (tel: (08) 8978 2533. The art centre sells local arts and crafts including acrylic paintings, weavings and screen prints. For more information check out http://www.tourismtopend.com.au/douglas-a-daly-river-region.

Jesuit Ruins
Located on the Daly River Mango Farm (tel: 1800 000 576) upstream from the crossing. The ruins can be reached by a 2 km bush track from Mango Farm Road. The Jesuits arrived in the area in 1885 and it is believed they were sent after violent clashes between the copper miners and the local Malak Malak people. The church recalls the history of the mission in the following terms: "One hundred and twenty years ago the Jesuits started a Mission among the Aborigines on the other side of the river.  At that time the people were living their traditional lifestyle of hunting and gathering across the whole area of the parish. The Jesuits tried to introduce the people to Christianity and a farming life style. After a few years the Mission was moved further downstream to Hermit Hill next to a large billabong now called “Mission Hole” on Elizabeth Downs Cattle station. They set up the mission on the other side of the river to be away from the evil influence that the white people had on the local people.  There were white people at the Copper mine on the eastern side of the river.  After a couple of years at Hermit Hill the Mission was moved to Wooliana. They built a church, school, sheds, farm etc. A big flood washed everything away and the Jesuits were then withdrawn by their Superior from the Mission in 1899."

Fishing for Barramundi in the Daly River
The locals insist that the best barramundi in the Territory are caught in the Daly River. Certainly there is nothing to compare with catching a barramundi and cooking it within hours of capture. The Daly River township plays host to the Barra Classic and the Barra Nationals. There are a number of resorts for anglers on the Daly River downstream from the crossing. Check out http://www.tourismtopend.com.au/travel-a-maps/top-end-maps for telephone numbers and locations. It is possible to hire boats and to engage fishing charter boats at the resorts and in the town.

The NT Barramundi Classic has been run for over 30 years by the Darwin Game Fishing Club (see http://darwingamefishingclub.com.au/events/barra-classic) and is described on their website as being "Held during the peak fishing times, barramundi are caught, measured, tagged and released by teams of three individuals and scores are accumulated on a length basis daily. Teams are permitted to fish a 52 km stretch of the river from 7.00 am to 5.00 pm for five consecutive days. The outright winner is the team with the most accumulated points and receives the prestigious 'Barra on a Stick'." For details about the Barra National, which is run by the Palmerston Game Fishing Club Inc. check out http://www.palmerstongamefishing.com.au. It is held over five days on the Daly River in April each year and is now over 20 years old.

* Prior to the arrival of Europeans the area had been the home of the Wagiman people for at least 40,000 years.

* In 1865 on a journey through the area, Boyle Travers Finniss, the Government Resident in the Northern Territory, named the river after Sir Dominick Daly, the Governor of South Australia.

* In 1882 copper was discovered in the district and miners arrived.

* In the 1880s there were constant fights between the Wagiman and the miners.

* In 1884 the Wagiman killed three (some sources say five) miners. The miners retaliated with a massacre which was indiscriminate and totally out of proportion to the perceived crime.

* In 1885 the Jesuits established a mission in the town.

* Copper was shipped out of the area for processing throughout the 1880s and 1890s.

* In 1908 the Northern Territory administration established a copper smelting works.

* In 1911 the Commonwealth Government tried to convince people to move to the town.

* By the 1920s a small number of farmers were growing crops of peanuts and tobacco without notable success.

* In 1967 the Tipperary Land Corporation cleared large tracts of land around the settlement and started growing sorghum. The operation was closed down in 1973.

There is an information board in the town. The nearest Visitor Centre is the Darwin Visitor Information Centre, corner of Bennett and Smith Streets, Darwin, tel: (08) 8936 2499.

The most valuable website for Daly River is http://www.tourismtopend.com.au/travel-a-maps/top-end-maps. Download the map marked Douglas Daly Region. It has an excellent and detailed map of the region around the town complete with descriptions of the main attractions and clearly marked roads. 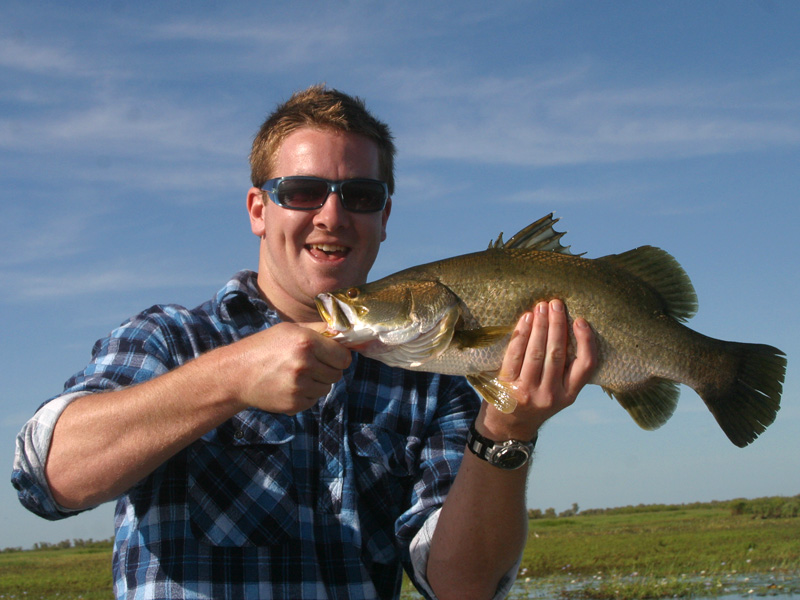 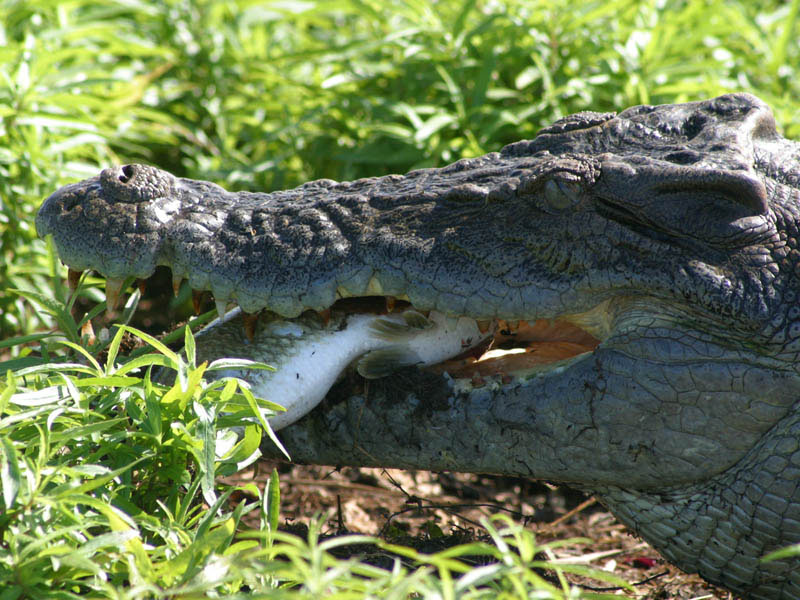 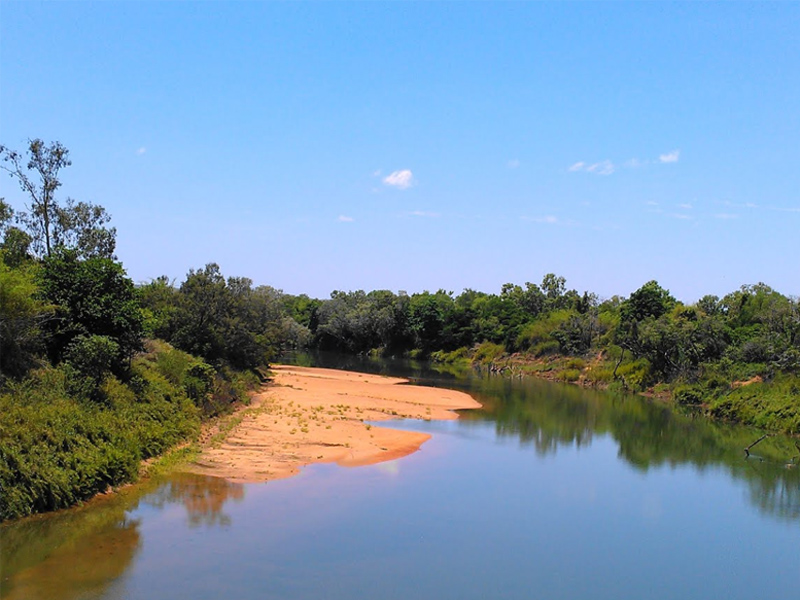 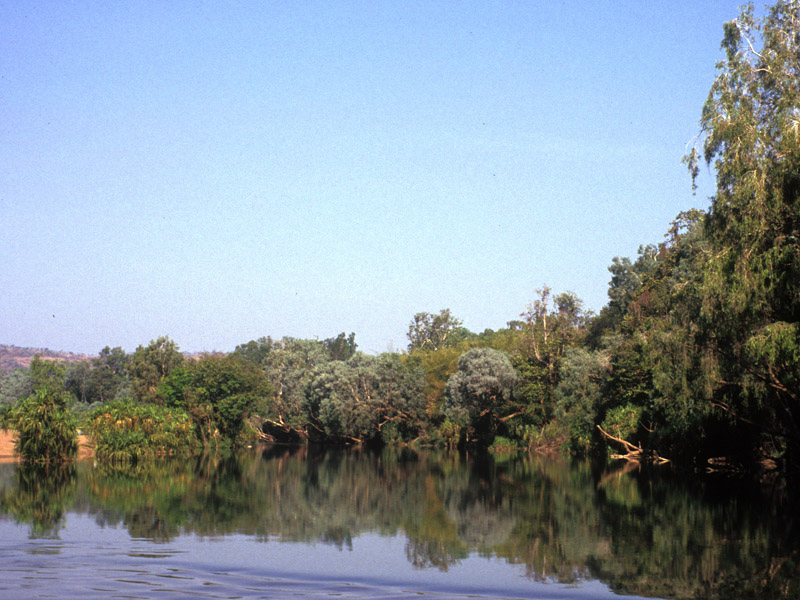 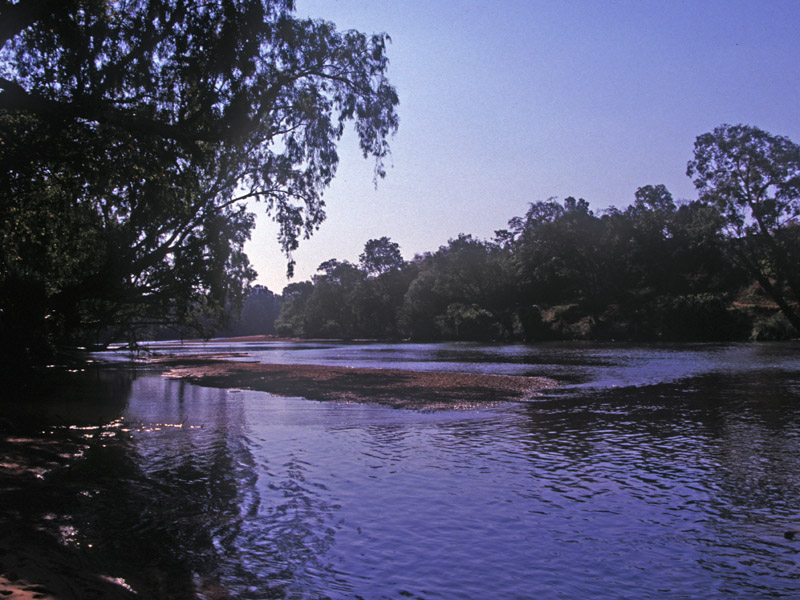