Darkan is a small rural settlement servicing an area of sheep, wheat, and cattle raising which enjoys a good rainfall and fertile soils. It is a little town on the western edge of the wheatbelt characterised by a solitary pub on the main road, shire office, a small supermarket, a Co-operative Bulk grain handling facility and the promotion of wildflowers as an attraction in the spring.

Darkan is located 213 km south east of Perth via the Albany Highway.

It is believed that 'darkan' is a local Aboriginal word meaning 'black rock'. It was first used by Europeans in the 1860s when William John Gibbs named his property, Darkan.

Darkan Heritage Trail
In 1988 during the Bicentennial Year, a small brochure was produced which covered the main historic sites on a  Darkan Heritage Trail. The trail involved a pleasant walk around town and included the small, brick Road Board Office (1929), an historic Shire Office next to the more modern offices and the Pioneer Hall (1911).

Collie Darkan Rail Trail
The Darkan to Collie Rail Trail covers a distance of 46.5 km and is suitable for walking, cycling and horse riding. It passes through bushland and farmlands and, like so much of Western Australia, is particularly impressive in springtime when the sections beside the trail are covered with wildflowers. It starts at Darkan Railway Station and there is water available at Bowelling Station which is 7.5 km along the trail. Check out their facebook page -  http://www.facebook.com/colliedarkanrailtrail.

Arthur River
The small number of isolated old buildings at Arthur River (which lies 29 km to the east along the Coalfields Highway - the settlement is located on the Albany Highway) include the Mt Pleasant Kitchen built in 1869 to cater for travellers, shepherds, sandalwood cutters and settlers; the Post Office; and the Town Hall (with a huge hall behind it). They all have historic signs outside them.

Six Mile Cottage
There is the fascinating slab cottage of Dick Strange known as 'Six Mile Cottage' which is located in a paddock on the left hand side of the road about 10 km outside Darkan on the Quindanning-Darkan Road. The cottage was built in the early 1900s by Dick Strange a sleeper cutter. It is a fascinating example of how small you can make a house. An information sheet on the cottage recalls, in a most evocative way, what it was like when it was being lived in: "The cottage was very, very nice - like a doll's house - all muslin curtains hanging here and there, and the furniture was all homemade ... For lighting, all they had were hurricane lamps - and kerosene table lamps - these had an iron stand and a little floral bowl ... The floor was of earth, as I remember, and the timber floor would have been put down after Mr Coli (about 1925-1930) started the mill. There was no cut timber in those times, it was all done with broad axe. When it was first built, the windows had wooden shutters. They fastened in the centre and had to be propped up. There was a 100 gallon tank for drinking water, and they would cart water from a dam somewhere around for washing. The wash basins were on benches out the back ... Anyone who came to the cottage added a lean-to of hessian, or brought tents to stay in. Everyone called in on the way past to see if you wanted anything from town. Old Mr Broome was a great one - he went to town once a week and he called on just about all the houses with his spring cart and horse."

Lake Towerrinning
Located 35 km south of Darken via Darkan Road, Lake Towerrinning covers 256 ha and is a popular local destination for people wanting to swim, water ski, go camping beside the lake, enjoy bird watching around the lake or have a picnic. The public areas around the lake include a playground for children, excellent public barbecues and shaded picnic areas. Check out http://www.westarthur.wa.gov.au/lake-towerrinning.aspx for more information and details about camping around the lake.

* Prior to the arrival of Europeans the area was home to Kaniyang Aboriginal people.

* The district was explored by Captain Bannister and his party in the late 1830s.

* The first settlers moved into the area in the 1850s after the completion of the road (by convict labour) from Albany to Perth.

* Grazing leases were offered in the district by 1854.

* The first settler was William John Gibbs who named his property Darkan.

* Darkan was declared a townsite in 1905

* In 1906 the Darkan Hotel was built. That year the town was gazetted.

* The town's first Road Board office was constructed in 1908.

* By the mid-1990s the railway through the town had closed.

There is useful information about the shire on http://www.westarthur.wa.gov.au. 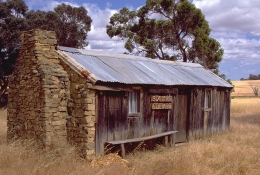