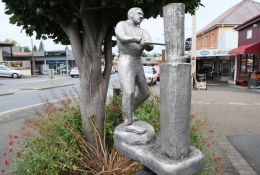 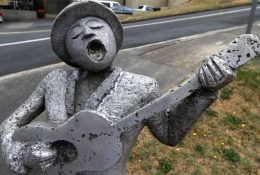 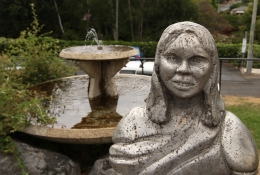 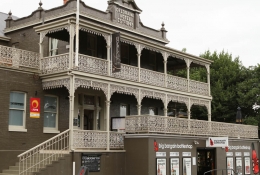 The ornate lacework of the Deloraine Hotel (1848) 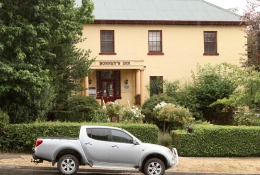 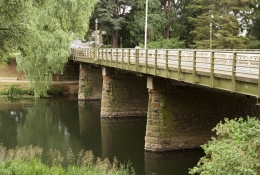 The Deloraine Bridge - the stone piers were built in 1877. 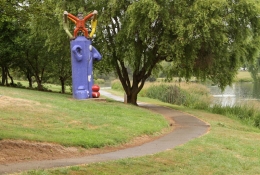 Mountain Man / Man Mountain by Tony Woodward in the park beside the Meander River. 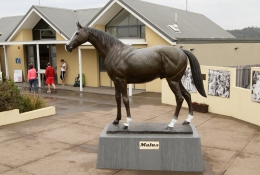 The statue of Malua "Australia's Most Versatile Racehorse Ever" at the Visitor Information Centre. 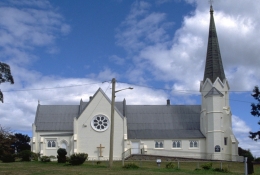 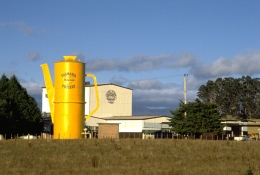 The Big Coffee Pot in 1990. Now it is but a shadow of its previous gleaming glory. 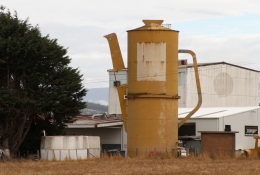 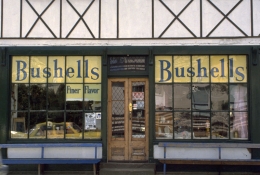 Charming old shops in the heart of Deloraine (photo taken 1990)