Small town which is the access point to one of Australia's most beautiful beaches.

Denmark is a small, pleasant town in timber country to the north of the Great Southern Ocean. The town's appeal and major attractions lie to the west where Greens Pool natural rock swimming pool in William Bay National Park is arguably the most beautiful beach in Australia. In recent years Denmark has become an increasingly popular holiday destination as its excellent fishing, tasteful and low-key development, and the rich diversity of its landscape (rugged coastline and beautiful beaches to the south, tall timber country in the hinterland) have made it an attractive alternative to Western Australia's highly developed south-west coast holiday towns.

Denmark is located 421 km south-east of Perth via the Albany Highway. It is 54 km west of Albany and 18 m above sea level.

Denmark was named after Dr Alexander Denmark by Dr Thomas Braidwood Wilson, a surgeon with the Royal Navy who, while his ship was laid up in King George III Sound at Albany, decided to explore the coast to the west.

Denmark Historical Museum
The Historical Museum, which is located in the Old Police Station (1923) in Mitchell Street, contains more than 3,000 photographs of the local area as well as 5,000 local artefacts and interesting information about the Group Settlements in the area. It also has a number of publications including Heritage Trails in the Denmark District: Exploration and Settlement in Tall Timber Country which is invaluable for those eager to walk in the area. Check out http://www.denmarkwa.com.au/his.html. It is open Tuesday 2.00 pm - 4.00 pm, Thursday 10.00 am - 12.00 & 2.00 pm - 4.00 pm and Sunday 2.00 pm - 4.00 pm, tel: (09) 9848 1781 to arrange other times.

Heritage and Historic Trails
Self Guided Walk around Denmark
There is a useful self-guided walk around historic Denmark. Given that the town did not really come into existence until the 1890s most of the historic buildings are, even by Australian standards, relatively new. The self guided walk (it can be accessed at https://www.denmarkwesternaustralia.com/denmark-wa-travel-destinations/denmark-walks-town-walk.htm) lists eleven places of interest in the town including St Leonard's Anglican Church (1899) which is the oldest building in the town and is heritage listed. It has a number of interesting, quirky features including the fact that the Baltic pine which lines the building arrived as ballast from Norway; the church had to be reversed because the nine steps at the original entrance caused problems for pall bearers during funerals; and the so-called flying buttresses were added after Cyclone Alby compromised the stability of the original building and The Historical Museum, which is located in the Old Police Station, which was built in 1923. The museum contains local records - photos, artefacts, documents.
Other trails in the area include:
Mokare Heritage Trail - The Mokare Heritage Trail is a pleasant 3 km loop walk along both sides of the Denmark River. It starts from the main road bridge, goes downstream to near the river mouth, crosses the old railway bridge on part of the Wilson Inlet Heritage Trail, and returns back to town.

Denmark Timber Heritage Trail - The Denmark Timber Heritage Trail is 20 km along Scotsdale Road which runs north from Denmark. The trail focuses on the timber industry which created Denmark and lasted briefly from 1895-1905. It can be driven, walked or cycled and offers a fascinating insight into the establishment of the town and the way timber was extracted and processed. There is a good map of the route at http://www.street-directory.com.au/wa/denmark/denmark-timber-heritage-trail

Denmark-Nordalup Heritage Rail Trail - This is a 61 km trail which runs westward along the old coastal railway line from the mouth of the Denmark River to Nordalup . The trail includes four of the original timber rail bridges, a number of railway sidings which were used by local communities, historical plaques and interpretative signage. It can be used by walkers, mountain bike riders and horse riders. Work on the railway line started in 1926, 300 people were employed and took three years to complete. The line served 900 of the Group Settlement settlers. It was eventually closed in 1957. For detailed information check out https://www.railtrails.org.au/trails/denmark-to-nornalup-including-wilsons-inlet-rail-trail.

Wineries in the area
The Denmark area is rapidly becoming a significant player in the Western Australian wine scene with a number of vineyards - notably Harewood Estate and Madfish Wines - winning awards and international acclaim. For detailed information on the vineyards check out http://www.denmark.com.au/ExperienceAttractions/eda_winebeer.aspx which lists 19 vineyards in the local area.

Exploring the Coast
While there are no shortage of walks, wineries and historic attractions around Denmark, the unique appeal of the area lies in the simple fact that it lies just north of some of the most beautiful coastline in the country.

Greens Pool
The highlight, and a wonderful commentary on how Australians play down the wonders of nature, is Greens Pool which would more appropriately be called Paradise Beach or Heavenly Bay. Greens Pool is a natural rock swimming pool which is edged by low lying granite outcrops which allow swimmers (and it is safe for all ages) to jump or dive from the rocks or simply lie and soak up the sun. Check out http://www.denmarkwesternaustralia.com/denmark-wa-travel-destinations/greenspool.htm

Waterfall Beach, Elephant Rocks and Madfish Bay
Other attractions in the park include Waterfall Beach where, when there has been rain, "a freshwater stream cascades onto the white sands"; Elephant Rocks - huge granite boulders which have been named because they look like pachyderms coming out of the Great Southern Ocean; and Madfish Bay which is known as an ideal location to fish for whiting, bream and salmon.

Valley of the Giants and Tree Top Walk
Located 51 km to the west of Denmark, the Valley of the Giants Tree Top Walk is the easiest, and the best, way to experience the sheer magnificence of the great forests of south western Western Australia. Although the area is known for its jarrah and karri trees, this particular experience involves the less well known tingle trees, huge trees with bases of up to 16 metres. There are two walks: (1) the Ancient Empire boardwalk which meanders through a grove of veteran 'giant' tingle trees and allows the visitor to marvel at the size and raw beauty of these huge trees (there is even a tree which can be walked through) and (2) the Tree Top Walk which is a "series of sixty metre, lightweight steel trusses built on steel pylons to form a secure ramp" unlike the suspension bridge structures that are popular at similar Tree Top experiences in New South Wales and Victoria. It is a total 600 metre loop and at the highest point the walk is 40 metres above the ground. For more information check out https://www.treetopwalk.com.au.

* Prior to European settlement the area around Albany and Denmark was inhabited by people from the Minang First Nation language group for around 40,000 years. In Denmark the local group were known as the Noongar people.

* The first European to explore the area around Denmark was Dr Thomas Braidwood Wilson in 1829. He named Denmark after his former tutor at the Naval Medical College in England, Dr Alexander Denmark. Wilson was enthusiastic about the countryside declaring that 'The surrounding hills are of very fine soil and may be easily turned to good account'.

* In 1831 Captain Thomas Bannister travelled through the area and provided a more realistic assessment arguing that it would require 'great physical and moral courage' to farm the area. After that few settlers decided to attempt to farm the area.

* In 1884 Edwin and Charles Millar, having taken out timber leases in the area, started cutting timber. They worked primarily in the area around Torbey from 1884-1889.

* In 1895 the Millar brothers secured private leases for 20,000 acres of old growth karri forest and built a number of timber mills on the banks of the Denmark River to process the trees which were felled inland. The timber was used predominantly for railway sleepers and sold for use on the Western Australian goldfields, particularly at Kalgoorlie. So successful were the Millar brothers that at their peak they were employing 750 men at their Denmark mills and exporting timber to Britain, China, India, Africa and South America from the port at Albany.

* In the timber industry's success was its ultimate demise. At its peak, three Denmark timber mills, all owned by the Millars, were processing 90,000 super feet of timber a day (Some sources say it was twice a day). By 1905 the local timber was exhausted. The town's third mill closed that year and most of the mill workers left the town.

* In 1907 there were only two or three families living in the town. The Western Australian government bought the mills, the railway and the buildings from the Millars who, in a decade, had constructed over 100 buildings in the town - as well as a billiards room, a hall and a church. The government paid £50,000 for the town and 21,000 acres (8,500 ha) of land around it.

* By 1911 dairying had taken over as the major rural industry and by 1926 it had become so successful that the Great Southern Butter Company built a butter factory which continued to operate until 1973.

* In 1922 Denmark became part of the infamously idealistic, but ultimately unsuccessful, World War I Group Settlement Scheme. The idea, a joint project between the Western Australian and British Governments, was to settle families of returned soldiers on blocks of land, and to help them become self sufficient. Around 1500 settlers arrived in Denmark. The plan was that they would live in simple shelters; clear 25 acres of land from an eventual allocation of 200 acres; be given a cow and a horse; and build a four room timber house. The groups lived in shelters while clearing about 25 acres of the 200 acres allocated for each farm. The problem was that 200 acres, with only 25 acres cleared, was not economically viable and so when the Great Depression hit in 1929 most of the soldier settlers simply walked off their land.

* During World War II American soldiers who were stationed in Albany would travel to Denmark on day excursions and this led to tea rooms and souvenir shops being opened. It was low key but it was the start of tourism as one of the town's important businesses. 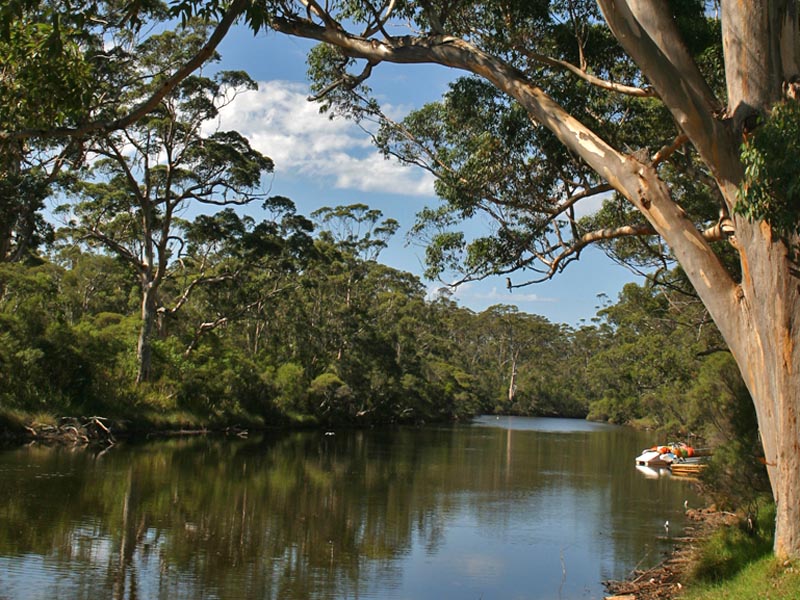 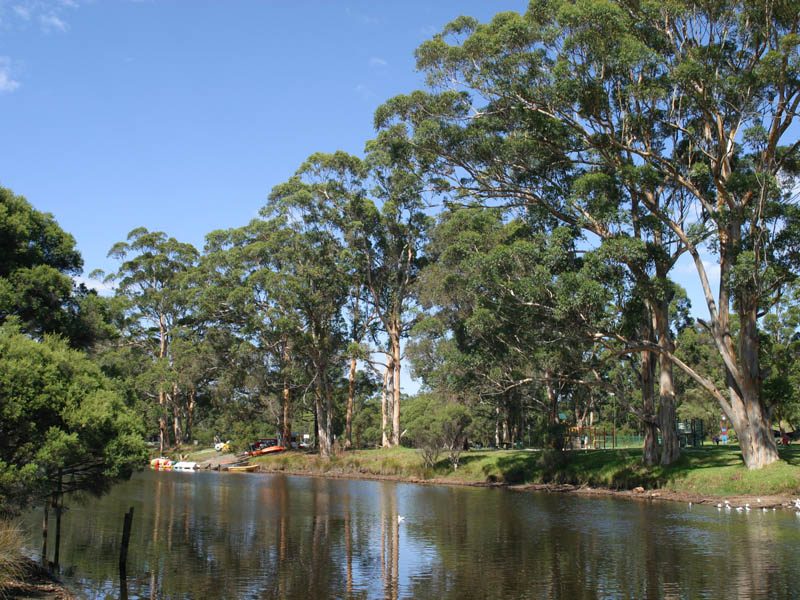 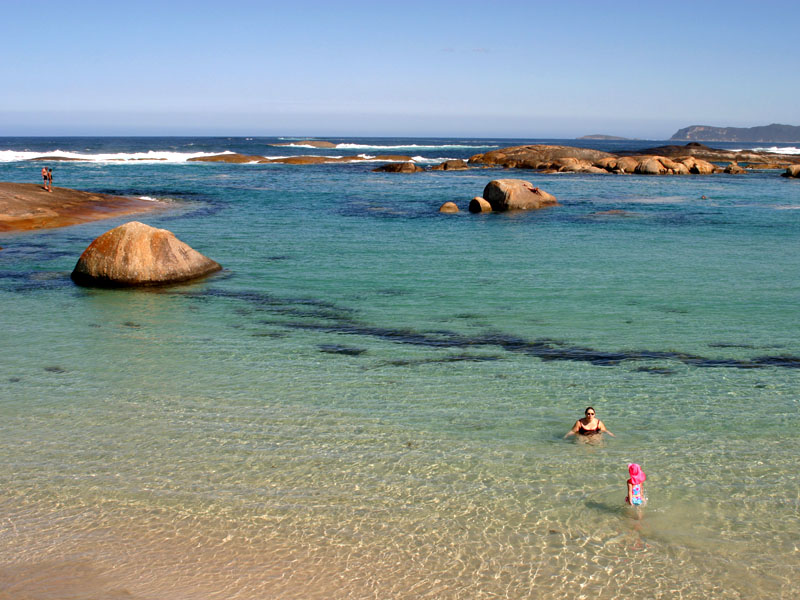 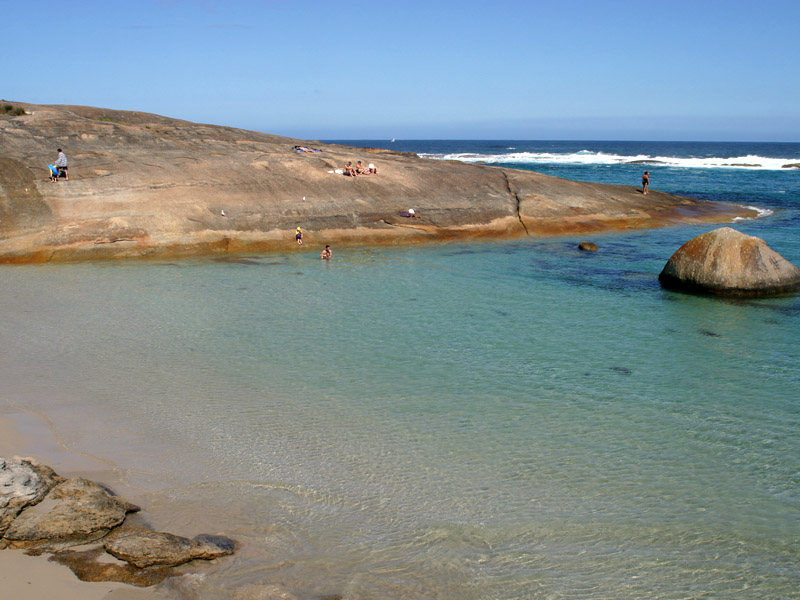 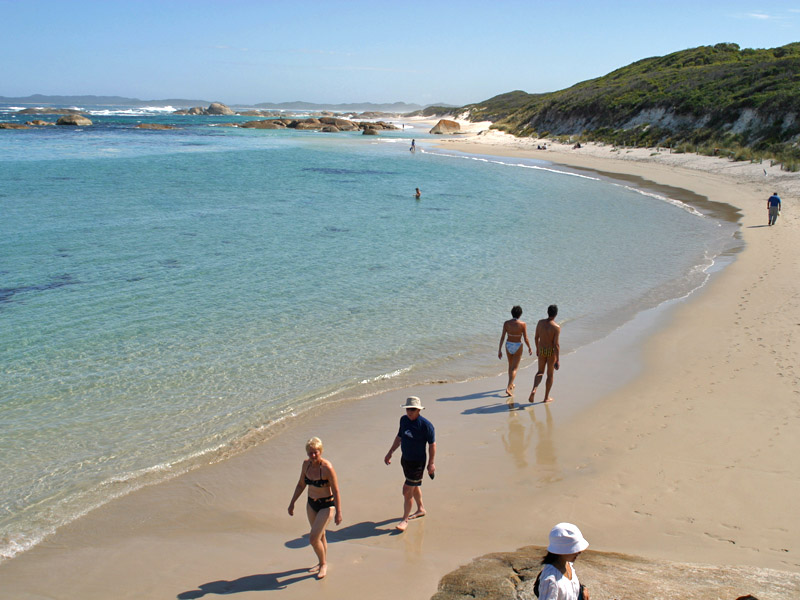 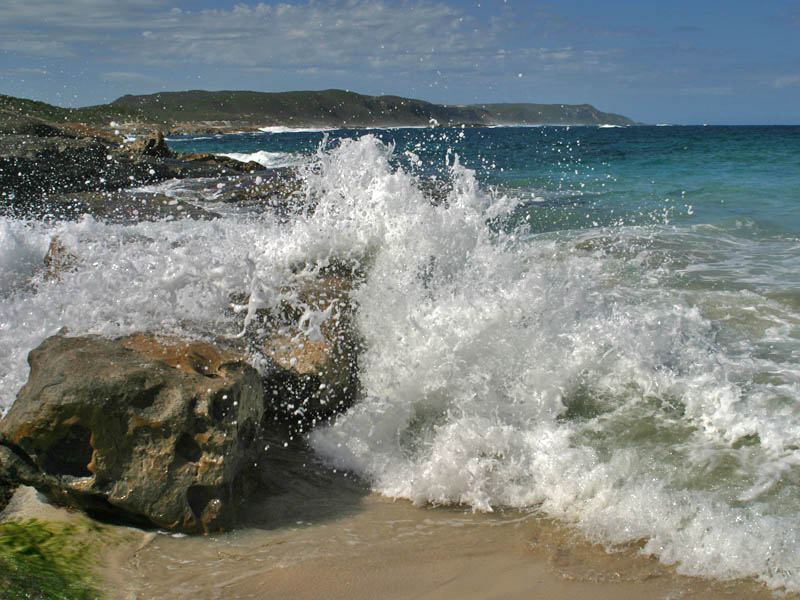