"In these calm and shallow waters there is a never-ending panorama of entertainment. Coral gardens - gardens of the sea nymphs, wherein fancy feigns cool, shy, chaste faces and pliant forms half-revealed among gently swaying robes; a company of porpoise, a herd of dugong; turtle, queer and familiar fish, occasionally the spouting of a great whale, and always the company of swift and graceful birds. Sometimes the whole expansive ocean is as calm as it can only be in the tropics and bordered by the Barrier Reef - a shield of shimmering silver from which the islands stand out as turquoise bosses." That eulogy was written by Dunk Island's most famous resident, Edmund James Banfield who, known as 'Beachcomber' (and sometimes as 'Rob Krusoe') moved to the island in 1897 and until his death in 1923 recorded the life of the island in a series of books - the most famous of which was The Confessions of a Beachcomber.
A great admirer of Thoreau and a keen naturalist, Banfield did much to ensure that most of the island became a sanctuary for its wildlife. Today the southern section of Dunk Island is a National Park.
For decades Dunk Island was home to a family friendly, rather upmarket (it had particularly good restaurants) resort but in 2006 and 2011 it was severely damaged by Cyclones Larry and Yasi. Yasi hit the island directly and the resort has not reopened since then.

Dunk Island is located 4 km off the coast of Mission Beach. It is 160 km north of Townsville, 120 km south of Cairns and 36 km north of Cardwell.

On 9 June 1770, Captain James Cook sailed past and observed the island to be a "tolerable high island". Cook named the island after the Earl of Halifax, George Montagu Dunk. The local Aborigines called the island Coonanglebah (sometimes spelt Gunanggulba). Some sources suggest the word meant 'Island of Peace and Plenty'.

Vital Information About the Island
Description of the island
The island is 6 km long and 2 km wide and characterised by rainforest, beaches and wildlife. 730 ha. of National Park.  Green-clad slopes rising gently from sea to 271 m Mt Koo-tal-oo.

How do visitors access it?
Mission Beach Dunk Island Water Taxi
Dunk Island, savagely damaged by recent cyclones, is accessible by water taxi from Mission Beach. The water taxi, which used to ferry holidaymakers to the island's resort, now operates daily and takes only 10 minutes to reach the island. The Water Taxi website eulogises the island "Renowned the world over as a unique tropical rainforest island, Dunk Island offers the day visitor beautiful walking tracks, breathtaking scenery,views and great snorkelling and camping facilities and best of all the all new 'Sunset Bar'!  Open Fridays, Saturdays, Sundays, Long Weekends and all School Holidays from 10 am onwards, this is a perfect spot to have a bite to eat and a cold drink with the sand between your toes." Check out http://www.missionbeachwatertaxi.com for details and prices. The Dunk Island resort is currently closed due to cyclone damage.

Bush walking and Beachcombing
Bush walking and beachcombing. There is a fascinating path (which starts at the back of where the resort used to be) that crosses a suspension bridge and continues on past Banfield's grave to Mount Koo-Tal-Oo Lookout. There is a total of 13 km of walking tracks in the island's national park.

Banfield Memorial Reserve and Grave
Located behind the remnants of the resort on the path to the top of Mount Koo-Tal-Oo is the Heritage Listed grave of Edmund James Banfield and his wife Bertha Banfield. It is recorded in the Queensland Heritage Register (check https://environment.ehp.qld.gov.au/heritage-register/detail/?id=602755 for greater details) which describes Banfield's importance as "The place memorialises Queensland naturalist Edmund James Banfield (1852-1923), the first European settler on Dunk island and a nationally and internationally renowned author whose work to protect the indigenous flora and fauna of the Family Islands group (of which Dunk Island is a part) is important to the early evolution of nature conservation in Queensland. His contribution to what today may be called early 'eco tourism' is equally valuable. Both his grave (1923), marked by a cairn made of local stone, and the reserve around it (created in 1971), which was part of his former selection and now supports the rainforest habitat he so eloquently recorded in his renowned books, are memorials to Banfield and his drive to protect the natural environment."

Camping on Dunk Island
There are a total of nine camping spots on the island. For more information contact the Campground manager on 0448 732 933 or contact the Mission Beach Visitor Information Centre, 53 Porter Promenade, Mission Beach.

* Prior to the arrival of Europeans the area was occupied by people from the Bandjin and Djiru Aboriginal language group.

* Edmund James Banfield, known as 'Beachcomber' (and sometimes as 'Rob Krusoe') moved to the island in 1897. He recorded life on the island in The Confessions of a Beachcomber.

* In 1908 Edmund Banfield published The Confessions of a Beachcomber.

* In 1935 Hon. Hugo Brassey, an Englishman, bought 200 acres on the island and commenced the development of a resort and the building of an airstrip.

* During WW2 Dunk Island was annexed by the RAAF and became home to secret radar equipment which was to play an instrumental role in the Battle of the Coral Sea.

* In 1968 Dunk was used as the setting for the cinematic version of Norman Lindsay's The Age of Consent, which starred James Mason and Helen Mirren.

* Trans Australia Airlines purchased the freehold land on the island in 1976 and started building a resort.

* In 1992, ownership of the resort passed to Qantas, following its merger with Australian Airlines.

* In March 1998 P&O Australian Resorts upgraded all interiors of the Beachfront and Bayview guest rooms.

* In 2006 the island was seriously damaged by Cyclone Larry.

* In 2011 the resort on the island was largely destroyed by Cyclone Yasi.

There is no visitor information on the island. Check with Mission Beach Visitor Information Centre, 53 Porter Promenade, Mission Beach, tel: (07) 4068 7099.

The island has a website. Check out https://www.dunk-island.com. If, and when, the resort reopens it will be recorded on this website. 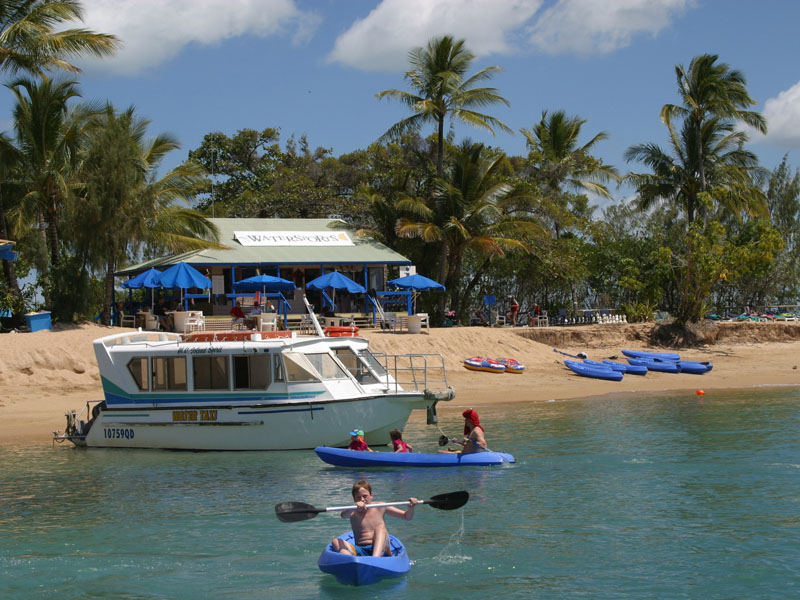 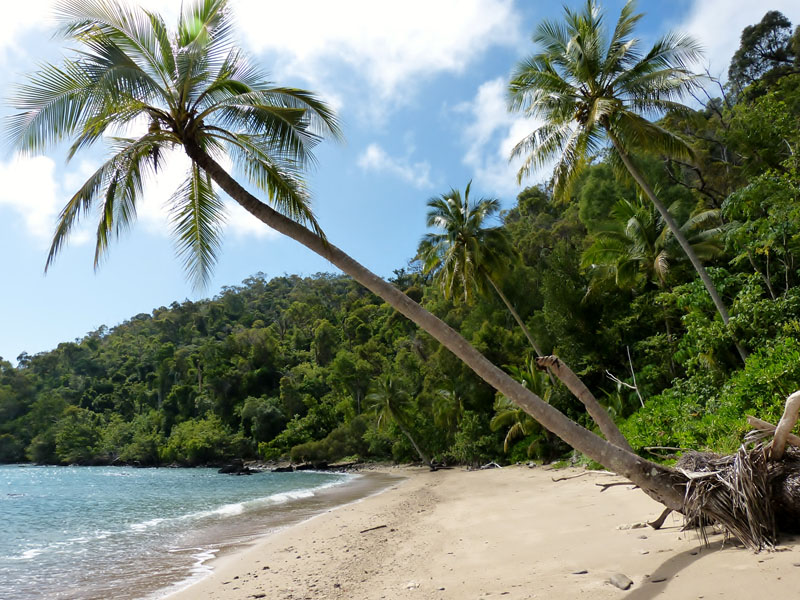 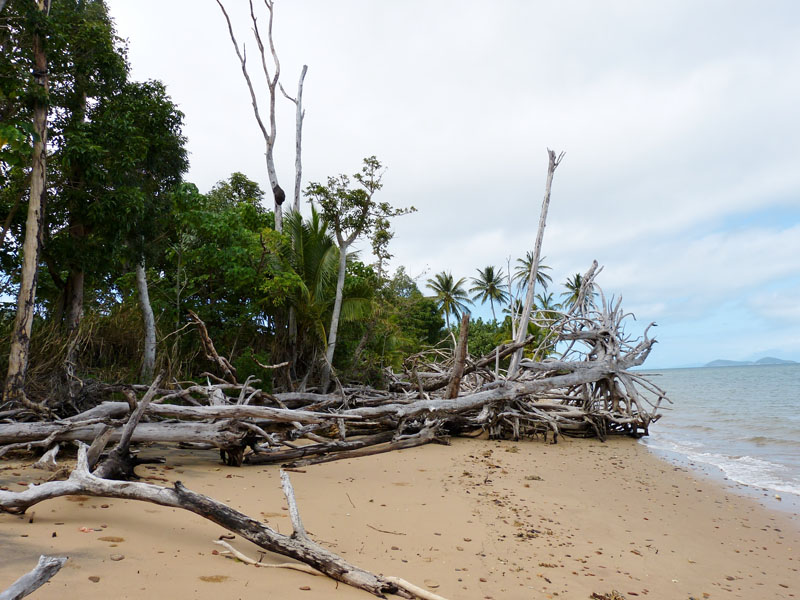 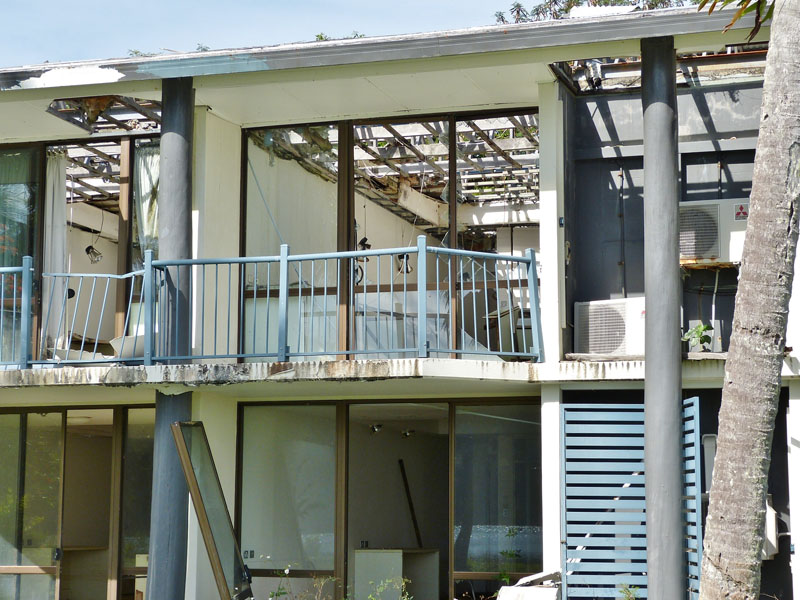 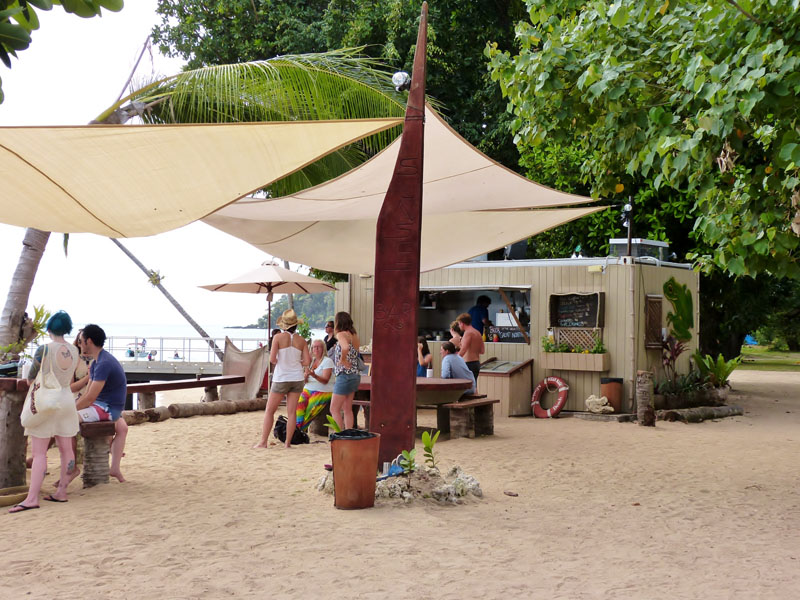 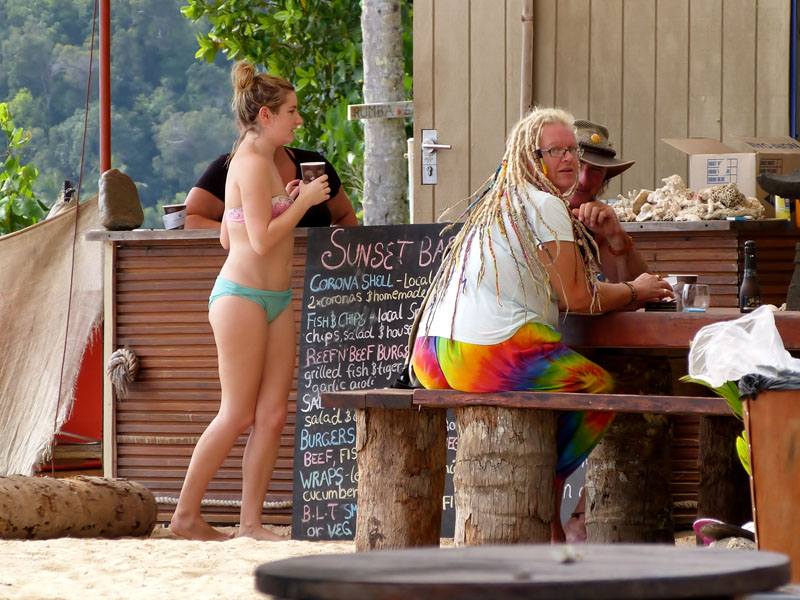 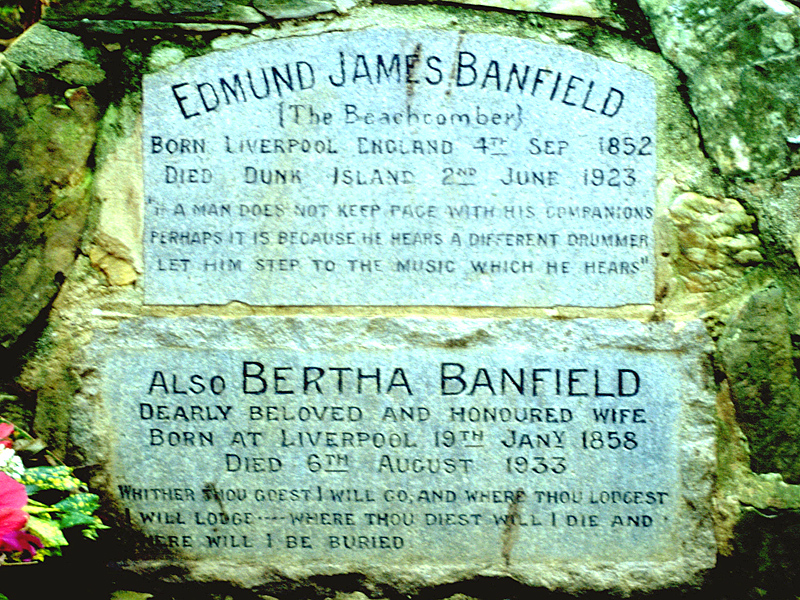