Edenhope is a small, quiet rural service centre located on the banks of Lake Wallace and surrounded by fertile and undulating Wimmera country which is primarily used for sheep and grain. It is the administrative centre of the West Wimmera shire and is located on the Wimmera Highway only 30 km from the South Australian border.

Edenhope is located 30 km from the South Australian border and 394 km north-west of Melbourne via Horsham or 403 km vial Dunkeld and Balmoral.

Although it seems like a name borrowed from England, Edenhope is simply a combination of "Hope", because the first European settlers in the district were the Hope family who established the Lake Wallace pastoral station in 1845, and "Eden" which was the name of the river in Scotland where the Hope family came from.

Historical Edenhope
Some years ago the Edenhope & District Historical Society put up a series of plaques on significant buildings and locations around the town. The easiest way to experience the history of the town is to wander around and read the very informative signs. For example: as you enter the town (on the corner of Wallace and Elizabeth Streets) you will notice a very historic "Timber Jinker" with a detailed sign.

Timber Jinker
The sign on the side of the Timber Jinker reads: "Timber jinkers were used to transport timber after harvest to the sawmill. They were hauled by a team of horses or bullocks and were constructed from red gum. The solid wheels were formed with tools such as an axe, cross cut saw and chisel rather than a lathe. Metal strips were found on some wheels when the timber started to crack. They also had steel boxes driven into the wheels to support the axles. Some of the logs were up to seven feet wide and the log for this jinker came from John Warner's property 'Content' at Powers Creek. It was used to drag logs from 'Kadnook Station' owned by Ronald Fyfe Jamieson, to the Western Sawmilling Company at the Black Water Hole on the Harrow Road. The mill closed in 1940 and Lance Styer was the last person to use it. The jinker had been in the possession of John Warner and was shifted to this site in the 1990s."

Bendigo Bank Bird Murals
Pause beside the Bendigo Bank in the main street and admire the huge murals of local birds which adorn the side walls.

Court House
Located at 96 Elizabeth Street, the former Court House is both the local Visitor Information Centre and a well-preserved and simple timber Court House with a Magistrate's Bench, Prisoners Dock, Pews and a Public Gallery. The historic lock-up, which dates from c1860, now houses historical information and memorabilia and the garden around the Court House has simple images of a Chinese farmer ploughing a field and two Aboriginal cricketers.

Back Swamp
Located opposite the Court House, the Back Swamp, when it has water in it, is home to local bird life which can be viewed from the bird hide and bird walk.

Lake Wallace
Lake Wallace, which covers an area of around 200 ha, is only a five minute walk from Edenhope's main street. The lake was named after the legendary Scottish revolutionary, William Wallace, who was the central character in the Mel Gibson movie, Braveheart. It is an ideal spot for boating, water skiing, swimming and fly-fishing for redfin and trout. At times of extreme drought it dries up. It was dry in 2016. There is a jetty and several boat ramps. Lake Wallace is also a waterbird haven where black swans nest in spring. There are bird hides and a 5 km scenic walking track around the lake.

Aboriginal Cricket Team Cairn and Aboriginal Cricket Trail Tour
The cairn beside the lake in the grounds of Edenhope P-12 College in Lake Street recalls the first Australian cricket team to tour England in 1868. This remarkable all-Aboriginal team practised on the shores of Lake Wallace before departing for England. The cairn is one of six locations in the Wimmera which are associated with that memorable tour. Behind the cairn is a large board which has photos of all the cricketers, a detailed history of the English tour, and a circular route through the West Wimmera which includes visits to (1) the cairn (2) Dergholm where there is a commemorative stone to Brimbunyah (Tommy Red Cap) one of the players (3) Apsley where, in Apsley Cemetery, there is a commemorative stone at the gates dedicated to Murrumgunarrimin (Jimmy Tarpot) (4) Lake Bringalbert where the first cricket match by the Aboriginal team was played (5) Geroke where, at the Jane Duff Memorial, there is a mention of Jumgumjenanuke (Dick-a-Dick) and (6) Harrow where there is a truly outstanding Discovery Centre which is devoted to the Aboriginal team.
It is a commentary on the schedule of the side that during their tour they played a total of 57 games winning 14, losing 14 and drawing 19. When they returned to Australia they simply went back to the lives they had previously led. Many returned to their tribal lifestyle. Their coach was Tom Willis who founded Australian Rules football. It is always worth remembering that this tour - a serious and competitive tour - was played 14 years before the first Ashes test.

Dergholm State Park - Bailey's Rocks
Located 49 km south of Edenhope is Bailey's Rocks Campground which is part of the 10,400 ha Dergholm State Park. The rocks are a natural formation of 500 million year old giant green granite boulders which were first surveyed and set aside as a reserve in 1875. They are named after John Bailey who established a 1200 acre sheep property on a hill above the rocks in 1888. Families enjoyed picnics here and danced at the Bailey home. A mining company began quarrying the granite from the site in 1970 but a local campaign ended the quarrying. To get to Baileys Rock campground and picnic area, turn onto Baileys Rocks Road from the Casterton - Naracoorte Road or take the Caupaul Road from the Edenhope - Dergholm Road. For more information check out http://parkweb.vic.gov.au/explore/parks/dergholm-state-park.

Lake Charlegrark
Located 35 km north of Edenhope, along the Kaniva-Edenhope Road, is Lake Charlegrark which has boating, water skiing and picnicking facilities as well as accommodation at the Lake Charlegrark Caravan Park and Cottages. This is popular destination for anglers hoping to catch Murray cod, red fin, yellow fin and yabbies. For more information check out http://www.kaniva.info/lake-charlegrark.

Lake Bringalbert
Located 30 km north-west of Edenhope via the Patyah-Bringalbert Road, Lake Bringalbert is a quiet lake which has boating facilities and is popular with water skiers. It has new toilet facilities. It is known for yabbying and it has fine displays of wildflowers in spring. Check out http://caravanersforum.com/viewtopic.php?t=54750 for excellent information from people who have camped on the shores.

* Prior to the arrival of Europeans the area was home to members of the Madi Madi Aboriginal language group.

* The lake was named after William Wallace, in 1845, by the Hope family who were the first Europeans to sight it.

* The Hope family established the Lake Wallace pastoral station in 1845.

* A townsite was surveyed and gazetted in 1862.

* The first Australian cricketing team, an all-Aboriginal squad, trained in Edenhope in 1868 prior to their departure.

* A Free Library was established around 1874.

* The Edenhope Mechanics Institute and Free Library building was opened in 1889.

* Closer settlement of the area occurred in the 1930s.

There is a useful local website. Check out http://www.westwimmera.vic.gov.au/Discover/Edenhope. 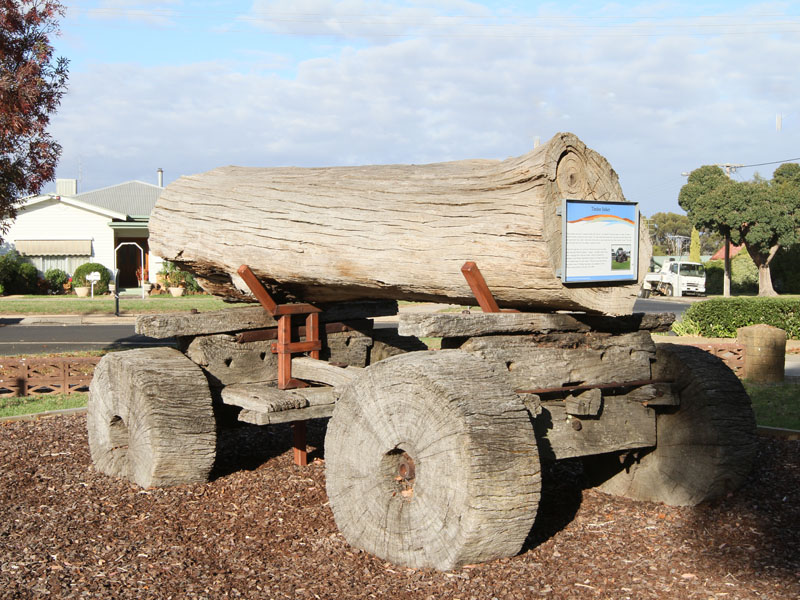 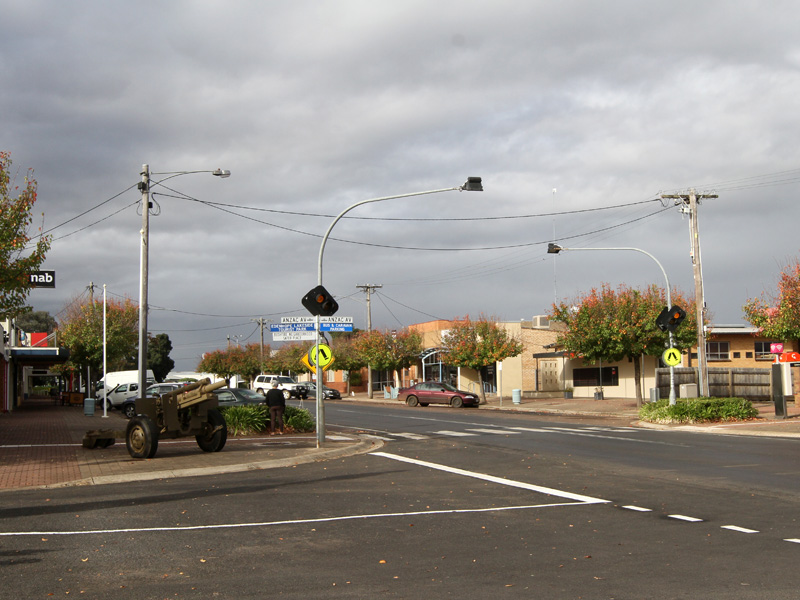 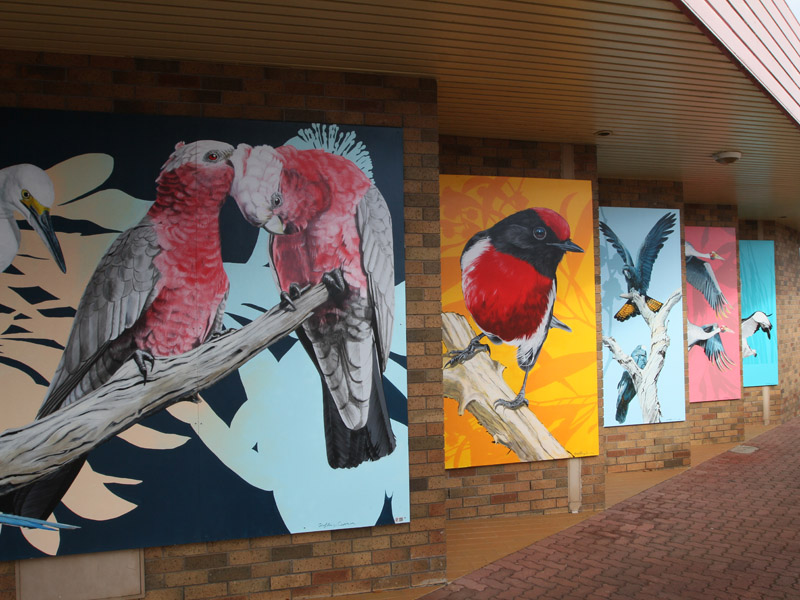 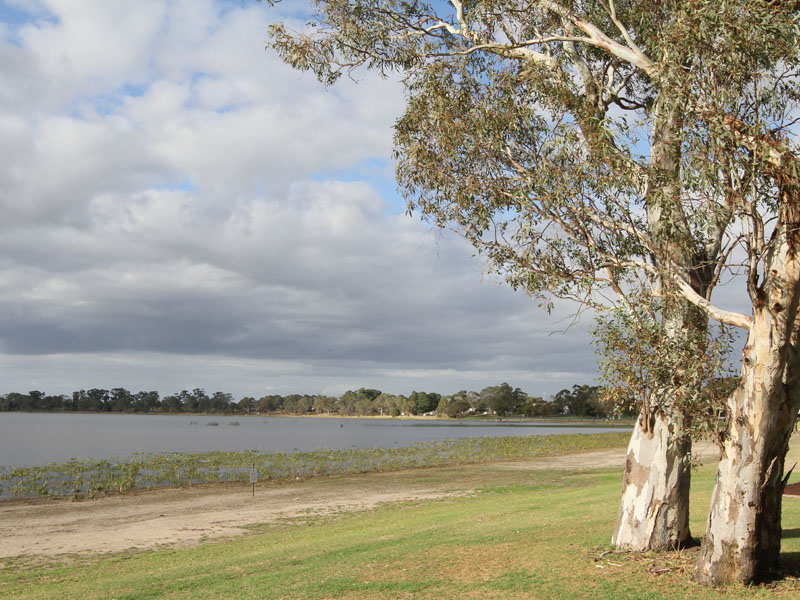 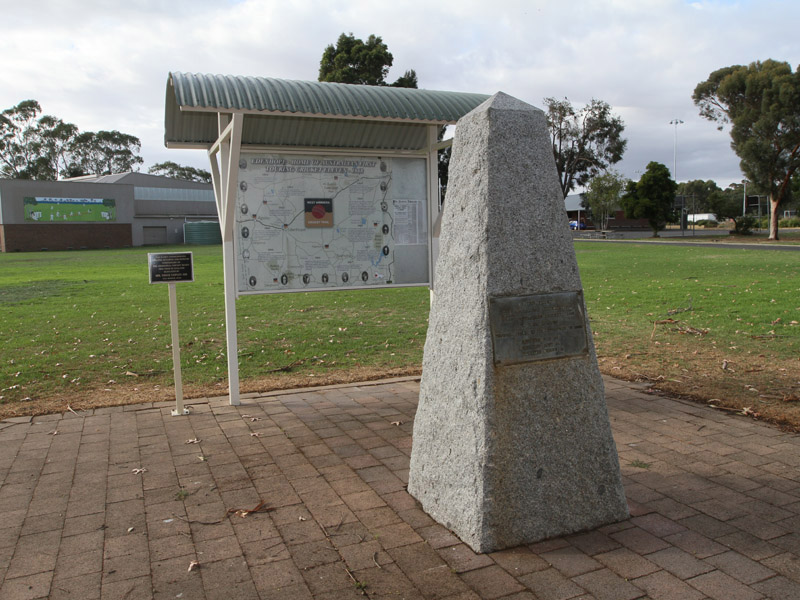 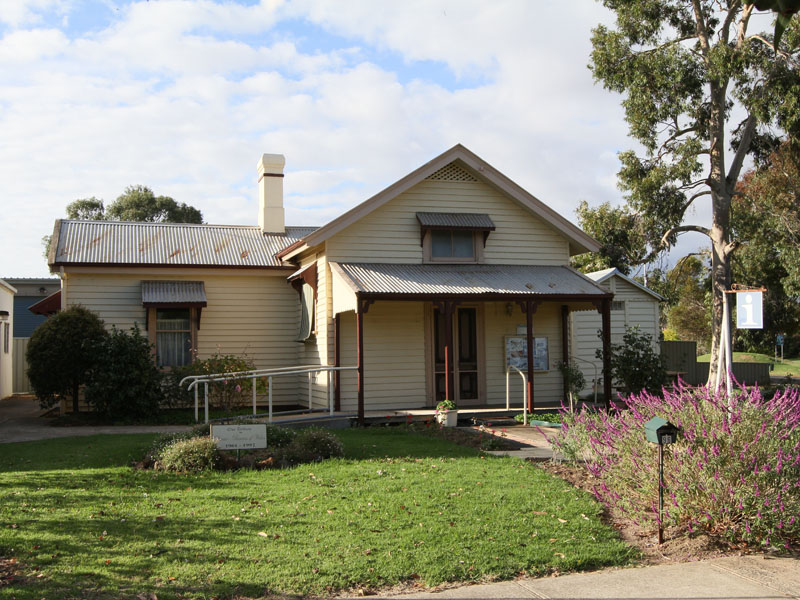 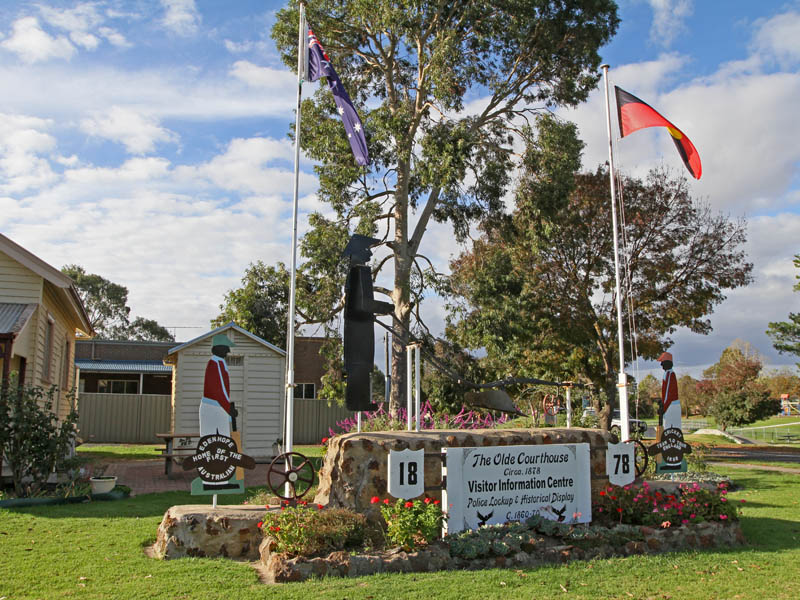 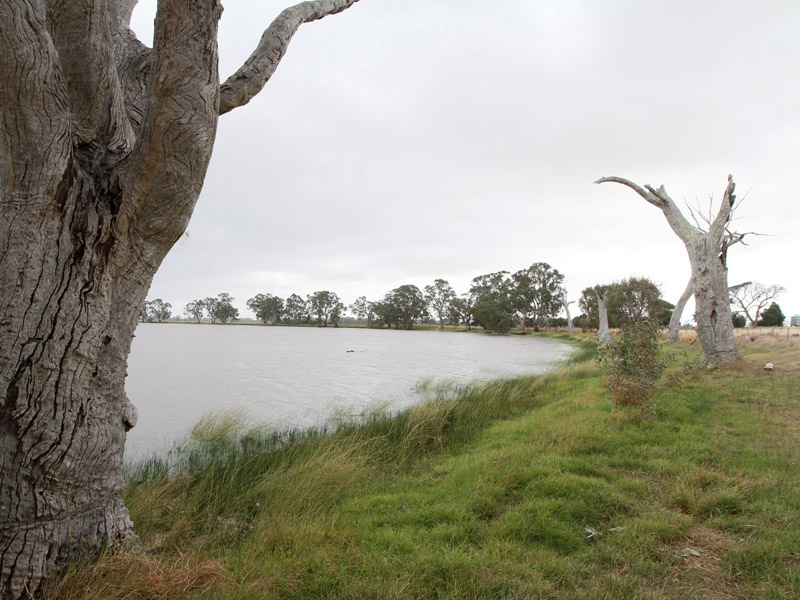